I was going to enter the Four Peaks Race at Risdon Brook Dam today, but one glimpse at the showers covering Tasmania on BOM’s weather radar convinced me that today wasn’t the day for climbing four peaks. Mind you, given it was four degrees, raining and foggy at my house, I didn’t  need that much convincing.

Skip forward an hour in time and my house was toasty and warm, the rain had stopped, the fog was lifting and I was feeling extremely guilty about not doing anything with my day, so I decided I would head out Risdon Brook Dam way anyway and go for a ride instead. 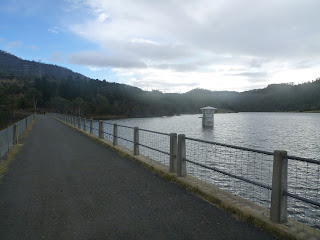 After a brief side trip to Salt cafe for a late breakfast with Stephan,  I arrived at the car park only to find it still overrun by annoying orienteering people doing the four peaks race.  I finally found a park someway down the road, got my bike together and set off around the dam.

I got about a third of the way along when I came to the first vehicular track heading off from the main circuit (the one to Mt Dromedary), and so turned my front wheel left, dropped a few gears, and began the climb.  I’d only got about 100 metres when I decided to shed a layer of clothing before I got too warm.  Suitably ready for a big climb, I then pedaled around the corner to be greeted by this:

After briefly considering ignoring this sign on the basis that it was obviously referring to those ‘other’ evil cyclists who destroy tracks and terrify walkers, not nice ones like me who just like to go out for a ride, I realised that the authorities might not be able to tell the difference even when I explained it to them (I must get myself a new Jersey that says “Nice Responsible Rider” so they can) and so I reluctantly turned my bike back down to the main track, and continued on to the next turn off at the far end of the dam.

It was the same story as the first track, just this time the sign was right on the main track, so I guess at least I didn’t have to waste the effort riding up the hill (yes, I was struggling to find the positives in these signs). 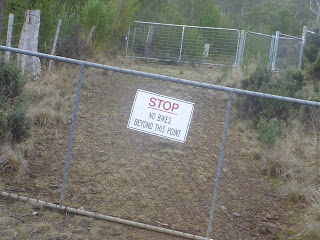 The third track I came too (and I only knew of four) was pretty much the same … the only difference was that they used a symbol rather than a sign: 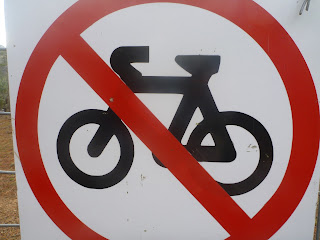 The message however was the same:  Cyclists are track destroying, evil people and must be kept out.  Forever, and it’s just a shame we can’t shoot them as well.  A darn shame.

I halfheartedly pointed my wheel up the fourth and final track already dreaming up options I could use to fill up the rest of the afternoon (edition two of the little 100 miles to nowhere around Risdon Dam perhaps?) when I came to this: 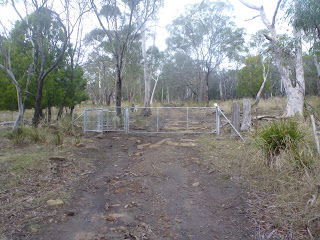 A gate without a sign.  I pulled up to the gate and did a search in the nearby bushes and down the bank … but no there were no “No Bikes” sign anywhere, and what’s more there was even a recent cycling tread pattern heading further up the hill.  I was free to roam.

I wish I could describe the next couple of hours to you, I really, really do, but I’m not going to because for once I found myself exploring some places that I don’t want others to go. 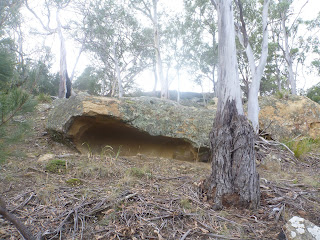 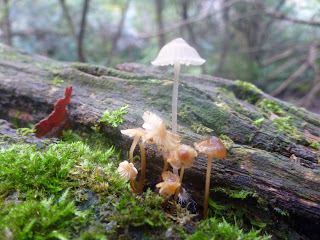 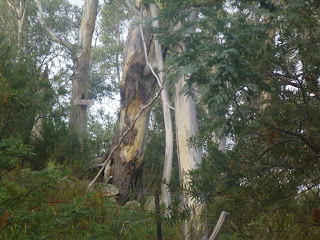 Not because it was illegal or that I was trespassing or anything – in fact quite the opposite – every time I came to a fence or a track end I dutifully turned around and went down the next fork or next trail, but in doing so … well let’s just leave it there, and say that this time my photos and thoughts are just for me.

I eventually returned to the main Dam track and watched the guys racing their sailing yachts, thinking as I did how like them I really am, before bidding goodbye to what was a wonderful day and heading home. 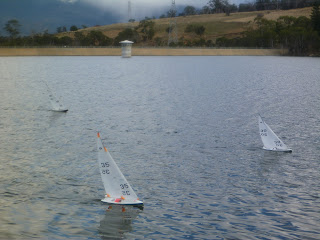 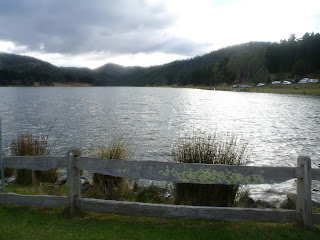