We’d expected a lot from Litchfield, given it’s hype as being better than Kakadu and where all the locals go to, so after getting lost several times stopping at Adelaide River so Kim could visit the (stuffed) water buffalo from Crocodile Dundee and so I could eat a giant Chicken Parmigiana we headed off towards the park, and yes as you can see there is some good reason behind the hype …

Well, to be honest, we didn’t actually make it to Litchfield on Wednesday, choosing instead to stop at a Caravan Park just before we got there with the intention of spending the next two days exploring the park before heading to Darwin on Saturday.

Early Thursday morning we set off to explore, with the first stop being the Magnetic Termite Mounds … These entertained us for all of about five minutes, four of which we spent getting into and out of the van.

Unfortunately, the truth is that you drive past a whole lot of more interesting termite mounds to get to these ones which are located so far away from the walkway (about 50 metres) that you can’t really appreicate them. Mind you it still didn’t stop someone breaking one of them, sigh.
Still we took the obligatory photos and moved on …

Next stop was the Buler Rock Pools and Florence Falls, and this was much better.  Given we had all day we chose to do the 5km return walk between the two, which although you wouldn’t rave about it, was still an enjoyable way to pass a few hours alternatively swimming and walking through the heat of the day.  Next time though, I might park at Florence Falls so it is a walk back down, not back up, to the car. 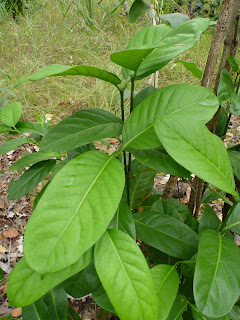 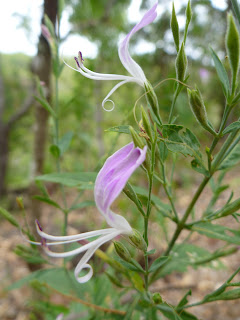 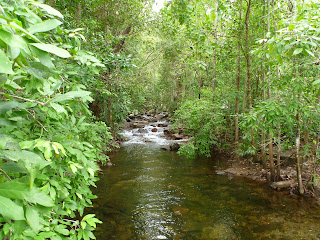 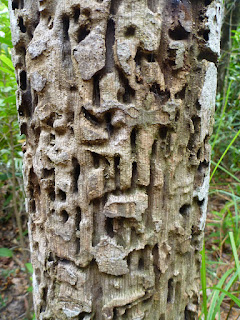 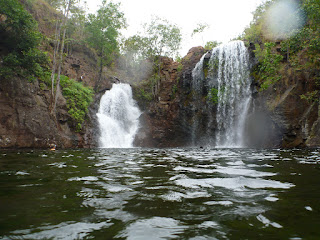 We couldn’t go and visit the Lost City (4WD rental agreement didn’t allow it), but we did drop into Tolmans Falls before calling another early day at the Litchfield Safari Camp.

The highlight of the day was after buying three cans of coke for $3.50 each (no this wasn’t the highlight), we went back to the camp store to buy some alcohol drinks.  The owner lit up at this request and with glee told us to come into the cage out the back of the store …. at which point Kim almost bolted for the front door with memories of outback kidnappings firmly implanted in her mind.

We had a thunderstorm that night, well at least Kim tells me we did, apparently my snoring competed with the thunder for accompaniment to the lightning, oh and apparently our camper leaked … fortunately only on Kim’s side of the bed. 🙂

We decided the next morning that Litchfield wasn’t going to entertain us for another full day, so we went for an early morning walk around Wangi Falls (which unfortunately wasn’t opened for swimmers due to crocodiles again) before heading to Florence Falls for one final dip (well I did, Kim just got focussed on the fact that there were crocodiles around, so just sat at the waters edge and played with the fish). 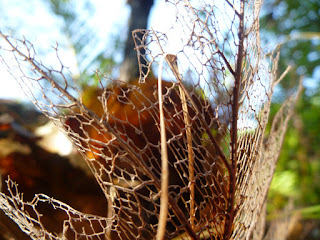 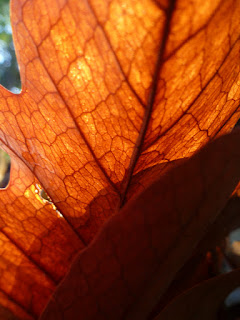 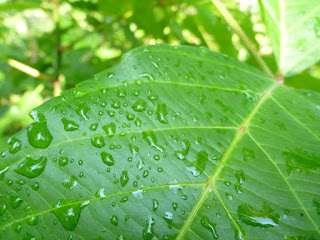 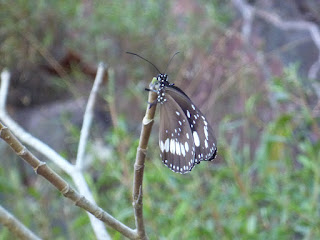 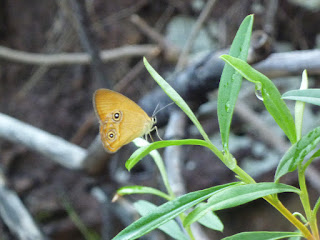 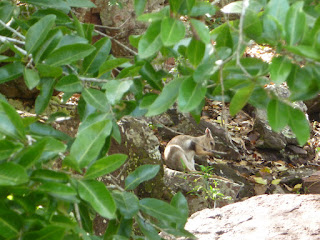 Around 11am we jumped back into the camper and headed off to our next detination … after nearly a week spent avoiding crocodiles, it was time to actually go and visit them.