There were two things I really wanted to do in the Northern Territory: one was to do an overnight kayak trip up Katherine Gorge and the second was to eat a witchey grub.

I didn’t get to do either.  Welcome to my life.

We actually knew before we had even begun travelling north that we wouldn’t be able to kayak up the gorge, apparently, a bit like Kim, the park authorities were a bit worried about me (and probably Kim) getting eaten by a crocodile (but for the record no one asked me for my opinion).  So we went to Plan B – a breakfast cruise up the gorge instead.  This option had its benefits (and they were more than greasy bacon and hash browns to settle the stomach after a few too many drinks the night before). 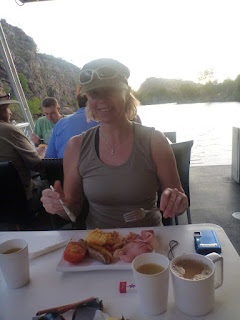 Despite these little hiccups in my otherwise immaculately planned holiday, it was still a wonderful cruise, and something I would highly recommend.  To be honest, I don’t think the third gorge would atually offer that much more (at least that’s what I’m telling myself). 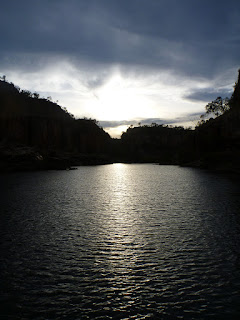 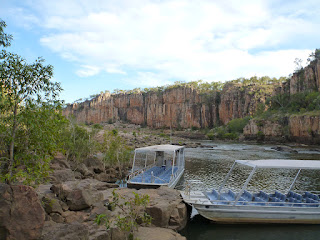 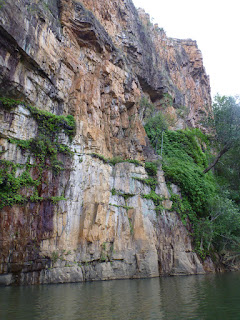 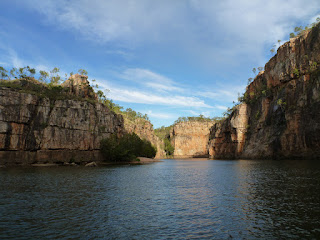 The only thing that annoyed me (slightly) was when we got to the top of the second gorge and the guide explained about what was up in the further gorges, mentioning in an almost off hand way that there were no more crocodiles above this point …

what? excuse me? ahem? Puede repetir, por favor??? … if there’s no more crocodiles above this point then WHY THE FRICK COULDN’T WE START KAYAKING FROM HERE???