I consider myself to be someone who’s willing to take on a challenge, try new things and step out of my comfort zone.

By way of evidence to this, I’ve jumped out of airplanes (by myself not strapped to someone else), bungee jumped, hurtled down mountains on my bike, I’ve been carried off a mountain in the Himalayas with altitude sickness, I’ve cycled through South Africa when even the bike shop I bought my gear from told me I’d be mugged and killed, I’ve swum (and survived) grade five rapids and nights sleeping in the snow, fished for piranhas (in the water in bare feet) and swum with great whites … but this weekend I was going down to Cockle Creek to face two terrifying monster, and I don’t mind admitting I was scared…

OK, so someone less dramatic than me, might actually just say that I was going camping with Kim and her kids for the weekend, but well that would just be a boring way to start a blog wouldn’t it?

DISCLAIMER: This blog may have very little attachment to the actual truth.

Anyway, knowing full well that I would be facing these monsters , I devised a devious plan – I’d take them down a deep, dark cave (namely Exit Cave) and see if I could lose them  …

It was a genious plan, we clambered down into the cave, through the twilight zone and over a very big, slippery rock to enter the dark zone.  Then we went further …

We explored twisting, narrow tunnels (that’s right lose your sense of direction little monsters), crossed creeks, clambered under overhangs, we stopped and turned our torches out and appreciated the completeness of the dark (whilst I tried to sneak off), and later we sat and watched the thousands and thousands of glow worms light up the cave like the sky at night.  We even scrambled our way down to a little underground waterfall (more a water chute) and felt our stomachs enter our mouths (or was that just me?) as we noticed all of the debris from previous floods well above our heads.

Having led them to this deep dark place, the plan was for me to then make a quick escape and leave them behind  … After all isn’t this where monsters belong?

I raced back out to the big rock that we had so much difficulty clambering over to get in, and realising that this was my chance to lose them,  I quickly clambered up and over it leaving them behind.  I was triumphant – they were trapped!  I was about to shout out to let them know of their eternal imprisonment when I looked up to see two smart-aleck beaming monster faces right in front of me … the monsters had found a small tunnel around the rock and had escaped.  My brilliant plan was foiled.  The monsters were free.

Resigned to this turn of events, there was nothing to put on a happy face and walk back out pretending to be interested in photography as I devised more plans to dispose of them down at Cockle Creek. 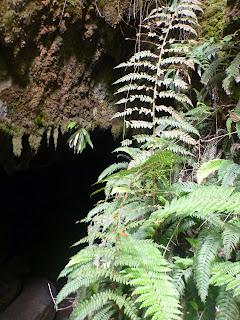 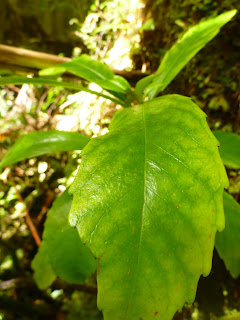 Over the next 36 hours I tried everything I could to dispose of the Monsters, I truly did.
I spent hours encouraging them to play with fire, going through over four boxes of matches, but not one of them so much as got a burnt finger.
I tried stuffing them with so much chocolate and sugar that their heads should have exploded … nothing, they just asked for more.

We went kayaking without the bung in one of the kayaks, but despite the kayak sinking beneath the waves, they still made it to shore. I tried snorkling but not one shark in sight, we even tried swimming in the river where a strong current was sure to sweep them out to sea.  I don’t know what happened there because I seemed to be the only person that this happened too.

I even took then around to play with a whale in the hope that they might get squashed … again nothing but two live, frisky monsters. 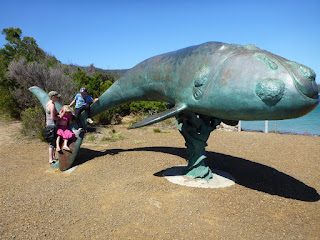 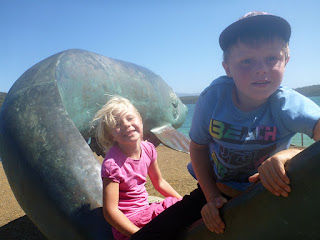 Running out of ideas, I took them to hastings cave thermal pool and hoped they’d get drowned.  Who knew monsters could swim?
At the end of my ideas, I made one last attempt … I took them to the Ida Bay Railway and tried to run one of them over in the train.  Again failure.
Yep, seems the only power I have over these monsters is the ability to freeze one of them in place by pointing a camera at her … 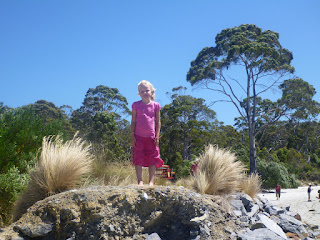