After a fitful nights sleep I drove down to the start with a simple plan : Survive. I figured so long as I kept it simple and focussed, I might be able to remember the plan and stick to it … and it sounded slightly better than “give up”. 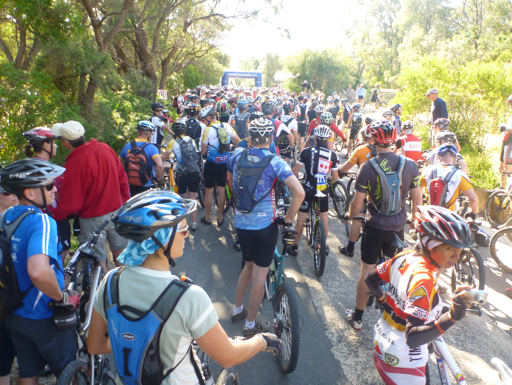 Unlike yesterday, I place myself well back in the field – my ambitions of finishing mid field had been thrown on the bonfire of reality. Survival was my only goal today. 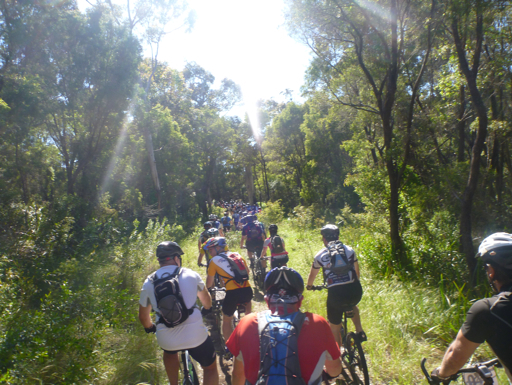 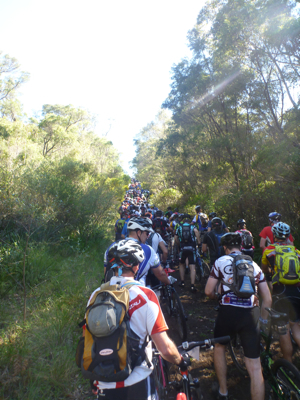 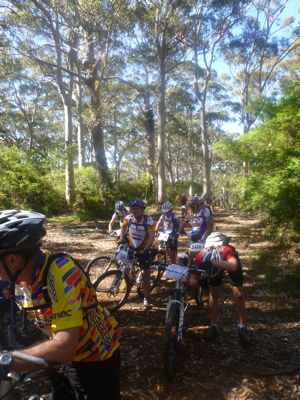 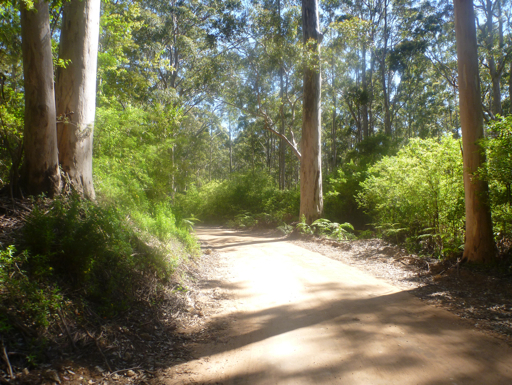 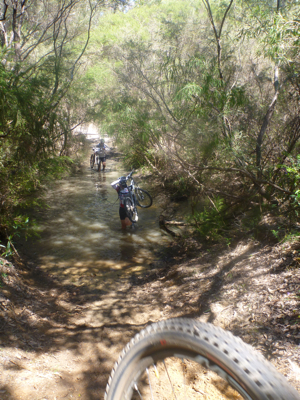 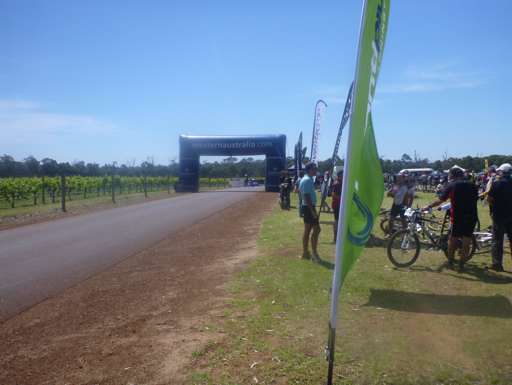 At about 500metres to go I realised I could perhaps do more than just survive … So I ratcheted up to top gear and overtook one last guy in front of me …what can I say?

I ended up finishing in just under four and a half hours. I was so slow they had already done the presentations before I’d arrived, but that doesn’t matter because I did survive. 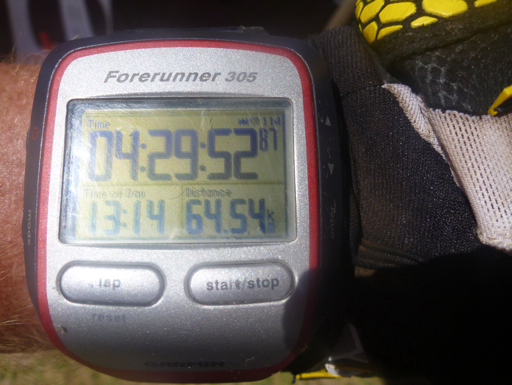 I’m told tomorrow is an ‘easier’ day, though I confess that doesn’t bring much solace.