In case you’ve never considered this (and I very much doubt that you have), much of life is a clear distinct road that we can basically navigate on autopilot.  Generally most of our life is a repetitive process as easy, and enjoyable, as following a country road. 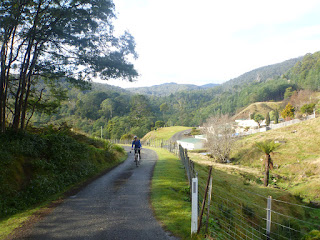 But then, often just when we’re getting comfortable with the path we’re on, we come around a corner or over the crest of a hill and there, stretched before us, from one side of the track to the other is a dark, murky, long puddle, and we have to make a decision, how do we get to the other side?

Is it deep? shallow? Should we go left, right or take the middle line? Is there enough room on the left or right to sneak around. All these decisions have to be made in seconds and then you have to commit to the path you have choosen. 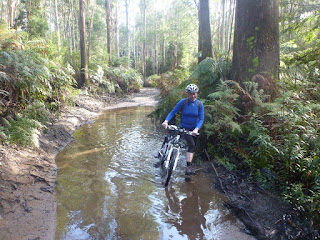 Often, the smart move is to stop and walk it, or at least take it slow, feel what the front tyre does, how deep it goes, how much resistance you feel and whether there are rocks or logs below the water that throw you when you least expect it –  sometimes with ride ending consequences.

Your attitude to each puddle changes depending on the experience you’ve built up from earlier challenges on the ride, how many times you’ve already come unstuck, and of course how warm the day is and how wet your feet already are :).  Sometimes you’ll see telltale signs that help – running water through a puddle will often mean that the grounds harder underneath, denser canopy in lower areas often means deep mud – but to be honest sometimes you just ignore what the signs are telling you, take whatever line looks the most fun and plunge on in, just to see what happens. 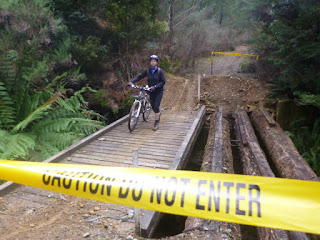 It’s called having fun.
This weekend ﻿I, or I guess I should say we given that’s not me in those there pictures, went for a play up in the North-East.  Day one turned into an eight hour epic around the Blue Dragon Trail from Derby.  We ended up arriving back at the car after dark, about an hour slower than my slowest predicted time, but forutnately we were both in one piece, and no one was coughing up blood or sporting broekn bones as predicted.
It was a challenging ride with over 1,400 metres of ascent, wet, muddy trails, new logging areas to negotiate and lots and lots and lots of downed trees spoiling what would otherwise have been perfect single track.  I got to watch a platypus at play in a small lake, see bushland and forest to die for and I also got to experience the meshing and balance that comes from riding with someone else for a change. 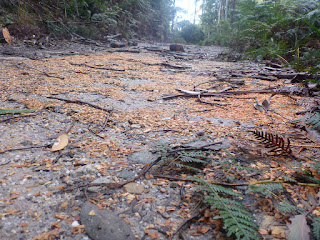 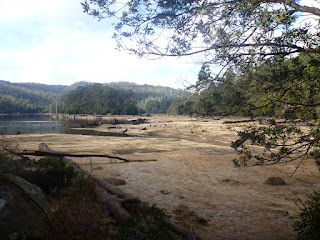 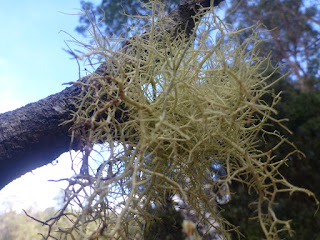 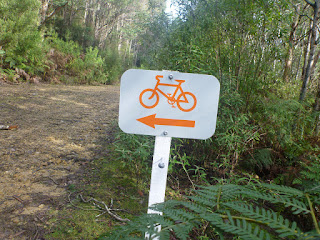 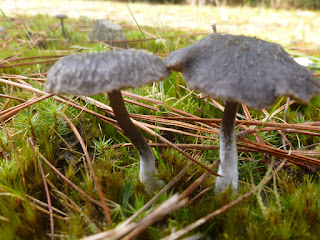 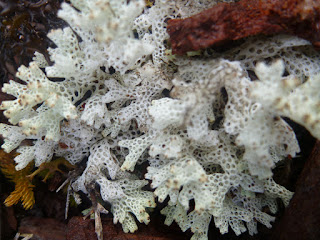 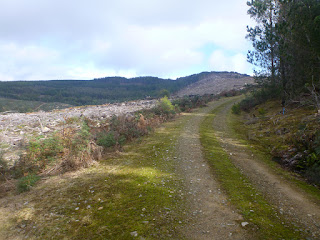 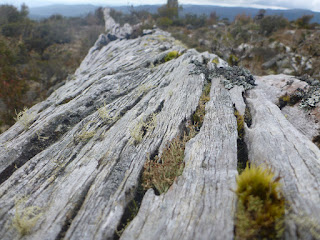 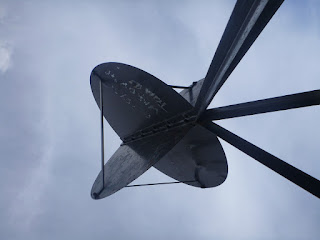 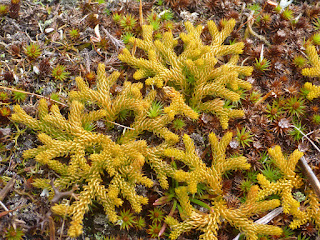 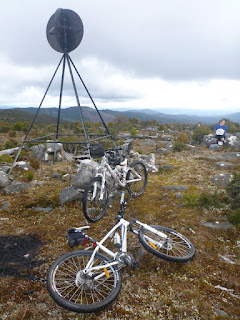 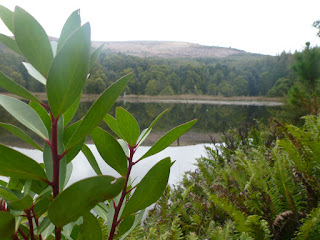 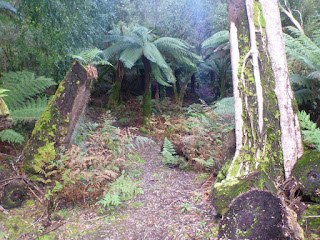 I pulled up tired and muddy at the end of the ride, but an hour later at the Weldborough Hotel I’d had a hot shower, and with good conversation, a cold cider and sheppards pie in front of me, life just felt good, though after a 5am start, 4 hours driving and 8 hours riding, my eye lids felt very, very heavy very, very quickly and I think I was tucked up in bed before 9pm.  Verily.

After a day of near perfect riding conditions on Saturday, the skies finally opened after dark and it rained all night … then it pretty much rained all the next day as well, the only difference being that it also became pretty windy.

Fortunately, one of the benefits of having company was that having travelled this far, I didn’t wimp out an djus head home, and instead we continuned on with the weekends plans and I finally got to explore a small trailhead off Frome’s Road that I’d seen last time I was up here.  This small trailhead turned out to be a long meander of perfect singletrack (though very steep, muddy and technical in places) which dropped us back nearly all the way down near the golf course at the bottom of Fromes Road leading to a total walk of around 13kms as we marched the six or so kilometres back up to the car to complete the circuit.

It pretty much never stopped raining for the whole walk and the photos really showed it.  The camera may be waterproof, but unfortunately the lens isn’t water repellent. 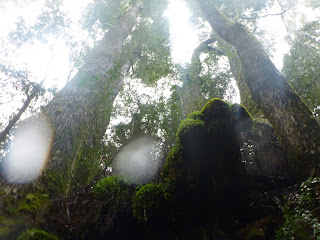 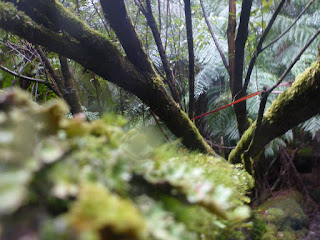 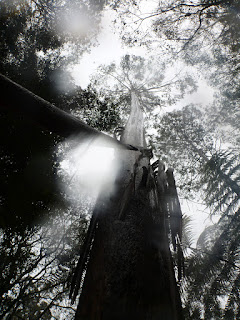 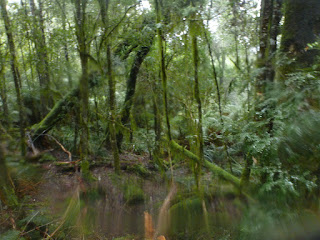 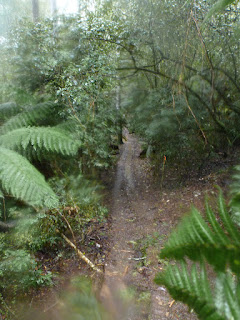 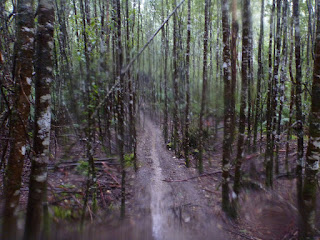 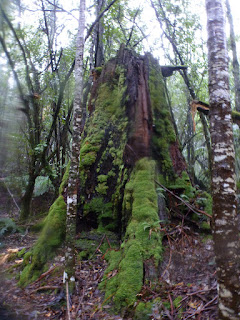 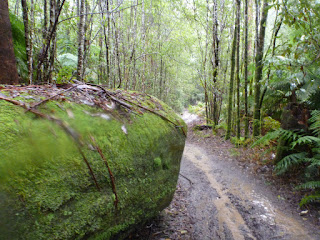 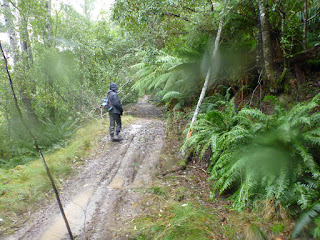 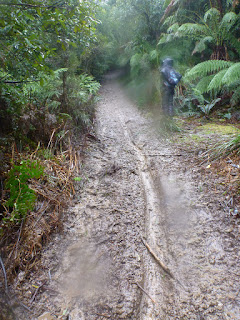 All up it was a pretty special weekend, even if not every puddle was as succesfully navigated quite as skillfully as I may have liked.  But then I wouldn’t be me if something unexpected didn’t take out my front wheel when I least expected it … but that’s a story for another time.