I turned 38 this week.  It’s an age that has burrowed into my head because I remember a time, and it doesn’t seem that long ago, when 38 seemed … old.

Surely I’m not old? and if I am, then when did that happen?

The good news I’m taking from this, is that I’ve got two whole years before I turn 40, and you know if I’m lucky, that’s just half way on this one way journey through life. 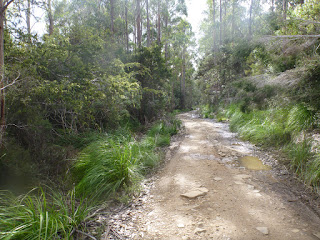 I have a couple of races planned Sunday, so I just headed up to Snug Tiers for a bit of a ride today.  The road near the top gets ever worse, and as I only had a few hours, I wanted to get to the top car park in the car so I found myself flicking the subaru from one side of the road to the other to get there without bottoming out, but we made it.

The track was so different to two months ago when I was up here riding in a snow blizzard.  This time around although there was a lot of water, the first taste of Spring was in the air, and the early buds of flowers were pushing forth.  I’m looking forward to the coming months because as much fun as snow and sleet are, to be out in the bush capturing the burst of life on my camera is a whole new world, and I’m ready to explore it. 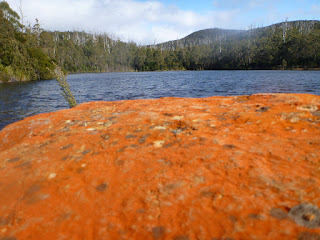 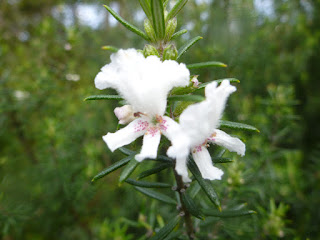 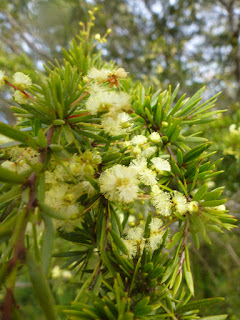 So today I just headed around and then up Grey Mountain (I forgot how steep that last bit is).  Fortunately I already knew there are only three reasons to go up there: (1) to say you’ve been up there (which is not a very good reason), (2) it’s an obvious point to turn around (an only slightly better reason) and (3) because once you’re up there, it’s ruddy fun coming down again :).

My descent was particularly enjoyable as I passed another guy struggling towards the top about three quarters the way down and he looked just how I had felt at that spot on the way up.

On the way back I decided to explore all of the little side tracks, so dropped down into a lovely reservoir and cycled along the bottom of that to the other end, played around in the spillway taking some pics and explored quite a few dead ends heading off below the dam. 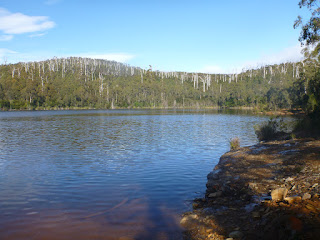 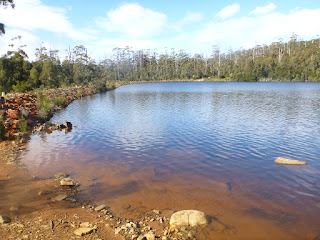 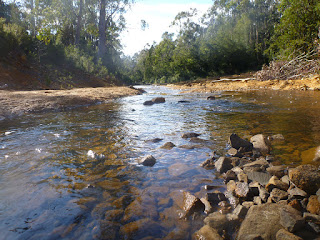 Then I found another side track which took me off to a second dam (but another dead end), before finally cutting through and down another track which dropped me out at the Y junction just below the sawmill on the way out to Pelverata Falls.  I’m really excited about as this will make a much better circuit for my Pelverata Ride Notes at tassietrails.org. 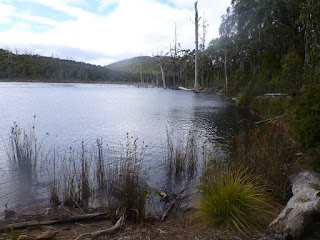 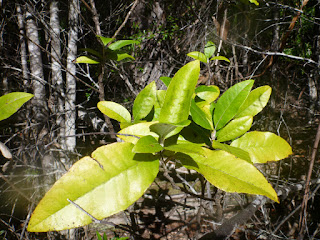 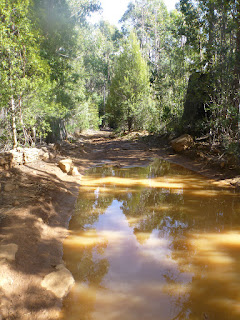 All up it was a good few hours, but still have so much fitness to gain and now got less than sixty days to do it.