Can a failure be as enjoyable as a success?

The seemingly obvious answer is “no”, success tends to be more fun, but if you think about it, isn’t it sometimes better to try and fail at something new, something adventurous, than to continuously succeed at those things that are within your comfort zone?  Can’t the failure of trying, be more enjoyable, more satisfying than the creeping failure of not pushing ourselves?

I got beat today (hence the justification above) trying to get up Mt Ida, with the annoying thing being I got so ruddy close.

At least when I fail I don’t do it in small doses.

So what happened? In simple terms, the height got to me.  I found myself a long way up a steep chute, with a near vertical 10 metre climb above me, and although it was do-able, my combined fear of heights and the knowledge that this was right on the edge of my skill level made me choose to turn around.

Looking at my GPS route when I got home, I now suspect I went up too early (I found some route notes which said to look for a saddle and go up that and I think I may have gone up the wrong saddle) or maybe I was going up the right way (there was certainly evidence of others having been up this chute before) and maybe the walk was simply beyond my skills, I won’t know unless I go back there again.

But that’s the failure bit, what about the success.

I had a gorgeous drive up from Hobart, mostly in the dark, and by the time I was on the fourteen mile road shortcut, the early morning sun had risen and the paddocks and forests were clothed in mist and early morning sun.  Why would I want to be anywhere else?

I pulled into Lake St Clair about 8am, and threw the boat onto near crystal flat water as the sun continued to wrestle with the mist and clouds in a battle to see whether it was going to be a good day or a brilliant one. 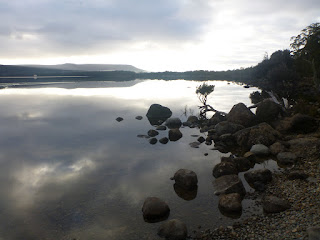 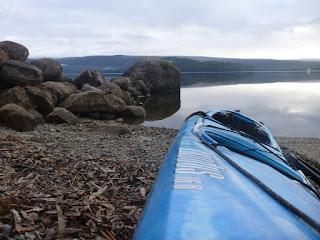 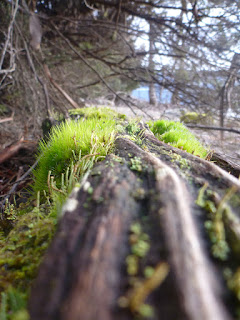 I felt like I was completely alone as I paddled down the lake. (it’s about 10kms or an hour and a half’s paddling in good conditions) with Mt Ida slowly getting closer and closer. 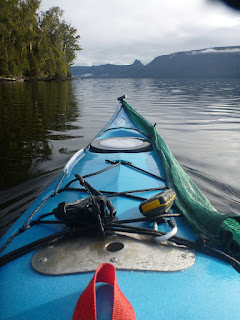 There is no track up Mt Ida, and the route notes I’d read had mentioned landing on a small beach directly across from Echo Point (I’d also gone to the library and got The Ables – Volume 1 which had some very basic route notes which sort of confirmed this).  After initially landing at the wrong spot at the mouth of the river (but discovering a great little hidden camp site for my effort) I pulled into the small beach (and it is a small beach) which granted much easier access into the bush beyond.

Wet kayak gear off, and warm walking clothes on, I took a GPS bearing on the summit and started to follow it. The first section is very open through some beautiful myrtle forest and I started to have ambitions that maybe this was going to be fairly easy after all. 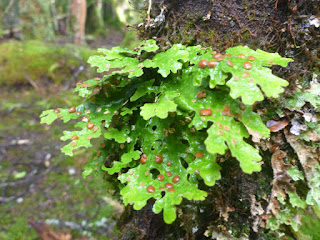 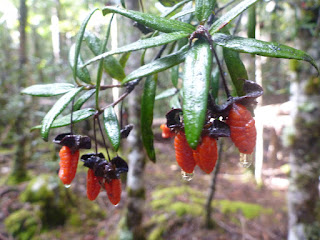 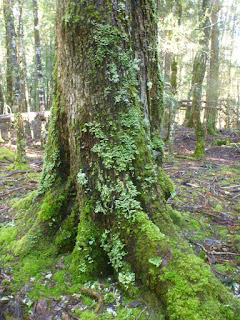 Then it started to go up, and it got very steep, very quickly.  This section is not for the inexperienced.  I went for several tumbles on the way up and down (worst slide I slipped 3 or 4 metres downhill before being able to stop myself), there are logs blocking the path everywhere (it’s like a 3D maze) and there are several little sand stone cliffs which you have to find your way around.  All up it took me about an hour to get up this section, and despite the above, it’s actually not that bad if you’re prepared for it (good waterproofs) and are happy to settle into a bit of route finding, backtracking and realise that the pace is going to be slow and steady.

I don’t know if I got lucky, or if the country cleared as I moved from wetter rainforest to drier eucalypt dominated ridges, but as I got up higher the going got a bit easier, with lots of small pads to follow, and I was actually a bit surprised with how quickly I appeared out under the base of the Mt Ida dome.

This was however a bit of a “false summit”, and it was in fact quite a long rock scramble around to the right, and then up what I thought was the saddle before I finally reached my point of defeat. 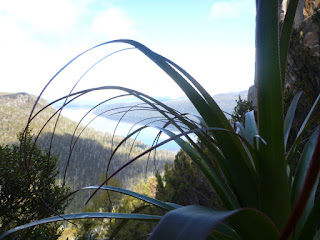 So that was it, the walk down was quicker than the walk up (after I got down the saddle), but I did lots of slipping and sliding on the way down, and for some reason I just couldn’t find the animal paths that seemed to make the top bit of the climb up easier, despite having a GPS to allow me to try and stick close to my upwards route.  I was also very glad that I had GPS’d a few key waypoints for tricky spots though as it is very easy to get turned around in that bush.

All up it was another great day, made the better as I drove back down towards Hobart and saw that it was bathed in a heavy cloud whilst I’d had beautiful blue skies with just a few whiffs of clouds all day. 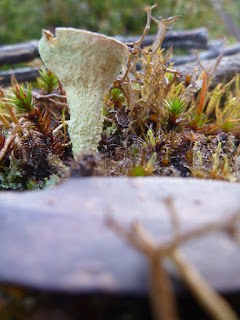 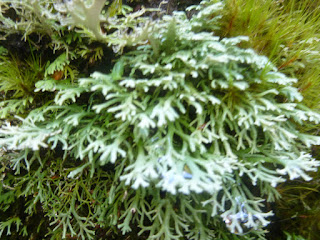 Yep, if that’s a defeat, I reckon I can survive without winning them all.