I don’t talk about work much in this blog, partly because people fall asleep when I talk about what I do (my dreams of starting a podcast will remain just that – a dream) and partly because there’s this State Service Code of Conduct which requires goodly public servants like myself to maintain ‘appropriate confidentiality’ about my work dealings.

It also doesn’t help that I struggle to describe what I do …the best description I’ve come up with is that I’m a jack of all trades who’s good at solving problems and that I like projects that everyone else runs away from.

Which brings me back to my opening statement that I don’t talk about what I do much because people fall asleep.

Part of being a jack of all trades means that I often need to do a bit of a crash course in whatever it is I’m getting involved in (and the associated jargon) to build up my subject matter knowledge … at least to the extent that people don’t sit around wondering why this moron who doesn’t even know the relationship between headway and service frequency (that’s a pubic transport reference) is suddenly involved in their project.

And that’s why I’ve just spent four days (well three – but we’ll come to that later) up in Melbourne doing a Monash short course in Planning Public Transport Services. 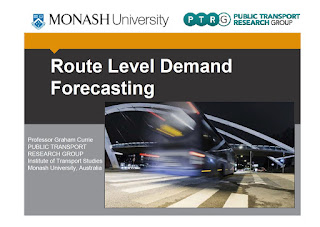 You see, I’ve been involved in a project that is re-procuring the public transport services (called Project 2018) for a while now, and although I’ve been blessed with being able to draw on the knowledge of the experts on this stuff within the Department, and a lot of other experts in this field, I thought it would be good to actually carve out a few days to run through the theory of this stuff by some of the gurus of public transport planning in the Country … and so that’s how I ended up in Melbourne.

I started to suspect I was in trouble with this course when the introductions were being done and practically every person in the room either identifeid themselves as a PhD candidate studying some peculiar aspect of public transport: “My name is francois, and I’m studying how the colour of bus stops affects use of public transport” or they were a public transport expert already and were trying to be modest abut it: “My name is Oliver, and I’m new to the industry, having only worked in it for 23 years…“

Then there was me: “Hi, I’m John  – Um – I know a lot about … ah … trees and mountain biking … and I did catch a plane here, except that’s not really public transport – or is it?  I did catch the skybus, but then I walked the last 3kms to my hotel because the connecting hotel service was going to take 40 minutes to get me to my hotel and it was quicker to walk.  And I’m scared of trams.  I’ll shut up now“.

Yea, you can imagine the respect I got about that.

Then the course started and, true to form, I was disagreeing with the lecturer in the first five minutes.
It was only when I was having dinner (by myself) later that night that it occurred to me that I was back in a University environment and that maybe telling my ‘professor’ that I thought his opening statement that no one would own cars in 20 years time was stupid and didn’t reflect an understanding of human nature, probably wasn’t in line with the expected norms of the professor – student University relationship.

Anyway, it all went downhill from there as we started dealing with all sorts of stuff which went straight over my head … 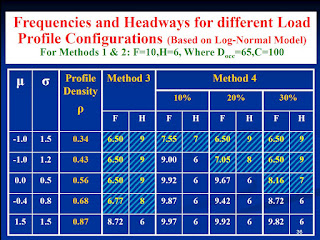 … actually, I shouldn’t put myself down so much.  I did ‘get‘ most of it, but as I said to the lecturer at morning tea, I didn’t get where it fits into what I need to know or how Id use it.  For example,  I knew how to use the four different methods for determining the required frequency for bus services … but I had no idea why I needed to know that and why I’d use the different methods.  I didn’t have the context. 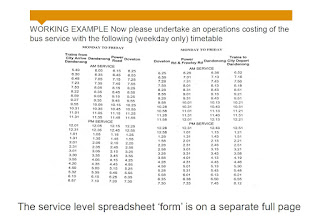 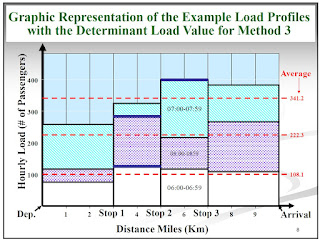 Then I woke up on day three.

Specifically I woke up coughing and feeling a bit congested.

But, even after going for a walk outside, I still felt terrible, in fact I started feeling worse.  I bought some painkillers and decongestants at morning tea, but it was a losing battle and I just remember spending the afternoon session wanting and wishing the time to pass by as I felt worse and worse and worse.

I hoped a good nights sleep might fix how I felt, but instead I had one of the worst nights of my life as I got stuck in this recurring feverish dream where I was sure that I was immortal, but that the security detail for the President were determined to kill me … and every time they killed me – I woke up. 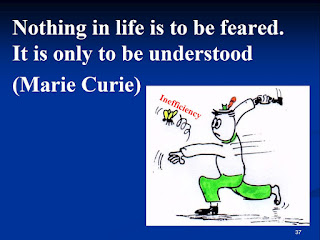 Then I’d go back to sleep and it would all happen again.  This happened all night (I reckon I had the dream about 30 times) and I was so feverish that it was only around 6am that it dawned on me that I wasn’t in fact immortal and that I was in fact having some really weird dreams (it all seemed so real up to that point).

It was at this point that I decided that I was seriously sick and needed to get home.

The thing about our wonderful (non-public) transport system is that just six hours after making this decision (including a 30 minute walk, a skybus trip, a plane trip and a taxi trip) I was back in my own house in Tassie playing hookie from my course.

Later that afternoon I got in to see my doctor who took some samples and told me to go home and rest for the rest of the week as he thought I might have some new influenza strain which is going around.