For those of you who aren’t members of the Latrobe-Kentish Mountain Bike Network facebook group (I mean where the bloody hell are you?)

… you may not know that a Warrawee Reserve Mountain Bike Trails Master Plan has recently been prepared and approved by the Latrobe Council (yes, feeling left out now aren’t you?) as part of the proposed greater Latrobe-Kentish mountain bike trail network. 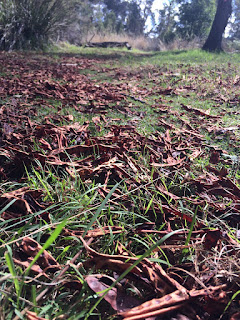 Because you didn’t know this, you didn’t get to think to yourself “Hmmm … I’m heading up to ride Nic’s Mini Cradle Challenge on Sunday – maybe I’ll cruise on by Warrawee Reserve and check out  what the attraction is…“

But because I am a member of that facebook group, and because I was going to Nic’s Mini Cradle Challenge, I did get to think that, and I did get to head up there and check it out.

Which was probably illegal, so all up – kudos to you – and bad, bad, bad Rambler. 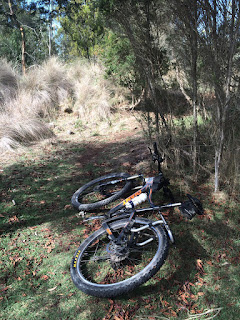 Warrawee Reserve is about 4 or 5kms south (on a dead end road) from Latrobe (just in case you’re trying to locate it on a map).  I firstly drove down to the main reserve area where the Platypus walk is, then backtracked out past the front gate and parked there (just in case I took longer than expected …)

Then I set off to see what I would see …

I had fun and found some very cool trails … they were even signed. 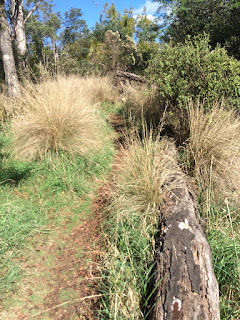 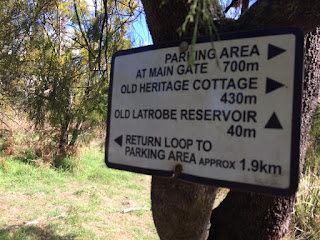 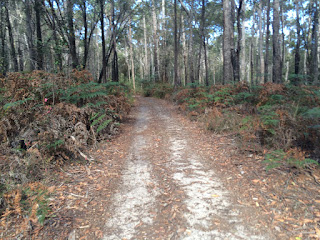 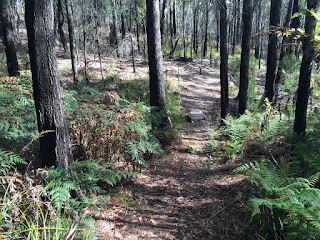 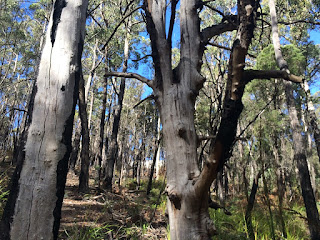 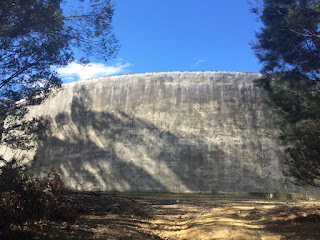 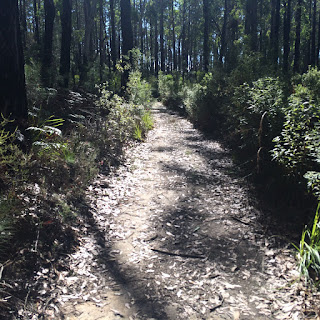 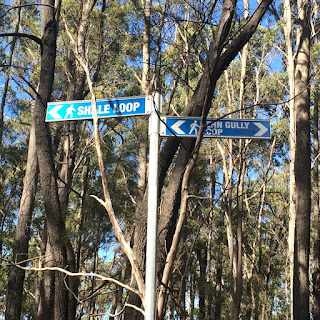 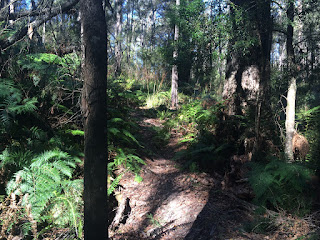 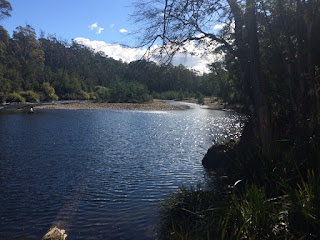 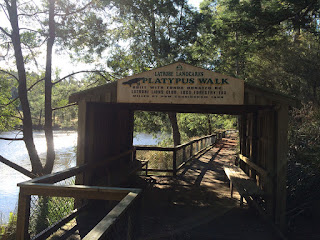 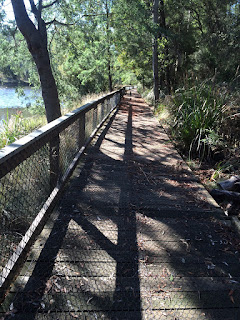 I  discovered an old reservoir, an old tramway, cool single and double track … and also some sections of track that I would rather not have ridden (hint: after riding to the crest of the hill, I ended up carrying my bike down most of the fern gully descent, including a slightly tricky section around a big rock and under a tree as you come back into the main reserve area).

I was surprised at the number of people that found their way to the reserve, though as it is billed as a place to go and see platypus, I guess I can see the attraction.

All up, my first impressions were … that it was nice.

Which I’m guessing isn’t the response that people would be looking for.

I can see that the terrain in this area could make for some really good trails, and the sections along the river and in the fern gully were just beautiful, but I use the work ‘nice’ because the area generally didn’t strike me as iconic – it just struck me as … well … nice.

It’s somewhere I’d definitely head to ride if I were in the area, but I’m not sure if I were planning a mountain biking trip ‘somewhere’ that it would be in my top ten places to go, or that I’d even cross out a day to ride it if I had already decided to come to Tasmania for three days or a week and was deciding where to go and not go.

Now, I’ve not engaged in the attractions of the Latrobe-Kentish Network and so while I do want to offer up this opinion, I don’t want to sound like I’m judging.  I just want to say that based on my short time in the reserve it got me wondering what the big draw-card is going to be for this trail network, because I don’t think that good trails alone are enough to draw mountain biking tourists to areas anymore – at least not in large numbers  – there’s just too many good trails out there already.

There needs to be something different, iconic, original that only these trails can offer …

Though they are building a flying fox for bikes as part of the trail network – so I guess that would be kind of awesome.