I went along the official opening of the new Risdon Vale MTB Trail on Saturday. 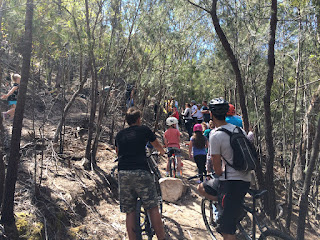 …  and I have to confess I felt a bit out of place, being perhaps the only person present that wasn’t from the local area, who was dressed in Lycra, and wasn’t there to see the members of the Hawthorn Football team … but, hey, it was new trail and I wanted to see it. 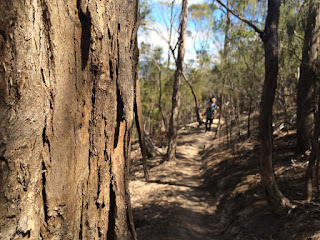 The actual single track is pretty short (just over a kilometre) but it is very well built and has a few nice trail features (including an optional drop which I had to do the wimpy way).  The ‘loop’ is around 2kms. 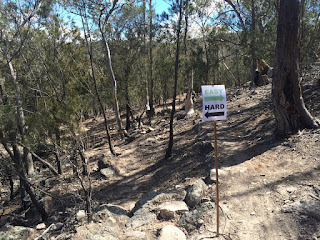 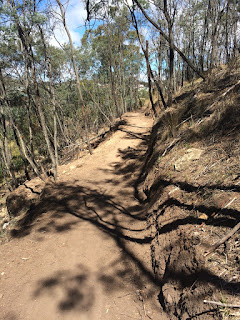 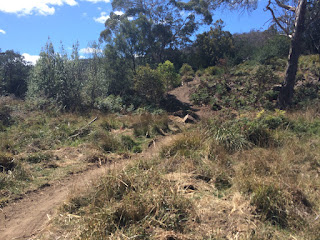 It was good to see Vanessa Goodwin out there supporting the launch, as well as all the locals, and it will be very interesting to see whether local respect keeps all the young guys who were riding their motorbikes through the bush off the dedicated MTB trails … let’s hope so. 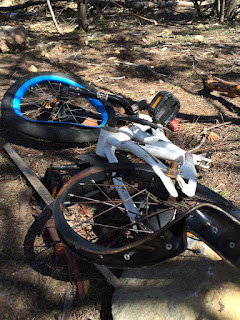 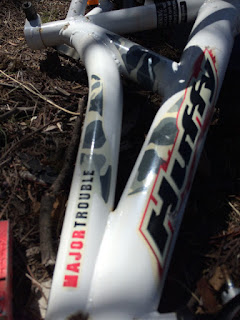 I’ve put some trail notes up on tassietrails.org and have also added the route to Open Street Map so it should be visible on strava or any other product that uses this as a background.