I was planning on joining the Cyclops lads on Monday for a ‘Tour de Bruny’ ride (a 120km down and back to the Bruny Island Lighthouse) and so knowing I’d need a gravel capable bike for this ride, I pulled the Trek 520 out of the garage, checked the tyres and chain (both of which had held up like the troopers they are) and then jumped on the bike to give it a bit of a test ride (to and from work) … just to see if there were any little niggles that needed working out before the big ride. 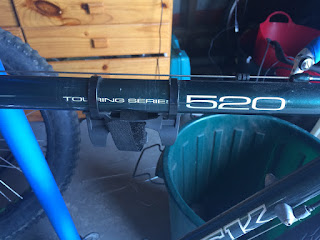 Much to my delight, other than that strange feeling you get when you jump on a new bike which is set up slightly differently to your current one, it purred along the highway like a good bike should.

Then, just as I was settling into the feel of the bike, the whole back of the bike suddenly went all loose and wobbly in a way I’d never experienced before.

Stopping to investigate, I found this little surprise … 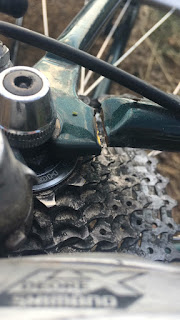 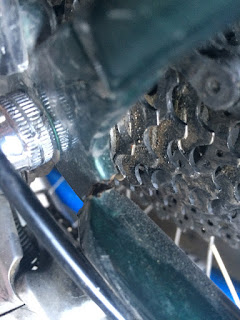 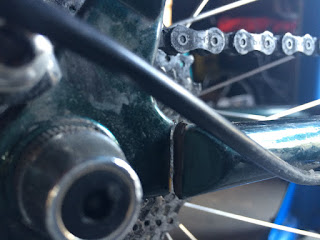 The frame had just cracked.

Now, hopefully it goes without saying that this was slightly annoying, albeit that I did learnt that the whole idea of walking on the same side of the road as oncoming traffic when there isn’t a footpath really breaks down when you’re pushing a bike along the side of the road in peak commuter traffic travelling at 80km/hr.

I did however successfully limp the three kilometres back home, and after a quick shower and change of clothes, I drove into work arriving about an hour late an rather sad that my old faithful Trek tourer was now dead.

While mourning its departure during the course of the day, I suddenly recalled that when I bought the bike that one of the key selling points was that it came with a “lifetime frame warranty”.

Rather excited by this thought, I googled “Trek Lifetime Frame warranty” and found sure enough that they did offer a lifetime frame warranty … for bikes back to 2011.  Beyond that date, the website advised, you would need to check with them, or your original warranty that came with the bike, what the warranty was.

Now, while you may all laugh at me for being able to calculate how much I spend on my bike to the nearest cent, a side benefit of this is that unlike 99.999% of the world’s population I actually keep my old accounts and files and so I still had this …

Yep, I still had a copy of my 2003 Trek manual, with the original warranty, and if it is to be believed then so long as I could prove it was bought from a Trek dealer and I was the original purchaser of the bike, I should be entitled to a new frame … and guess what … I could do both.

So last Tuesday I wheeled my bike into Ken Self Cycles and explained my rather bold call that I would like a new frame for my bike as my 12 year old frame had just departed this mortal coil, and (looking rather unconvinced about my chances of success) Chris at least said he’d put in the claim for me and see what happened.

By Wednesday they’d come back asking for original receipts or a stat dec., so I provided a Stat Dec. and supporting information provided by my accounts system which showed I paid a $200 deposit on 20 November 2003 and then paid the remaing $1,890 for the bike on 23 December 2003 … 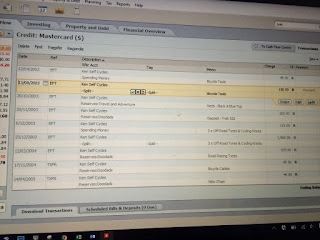 Now I don’t know at this point if the claim will be accepted or rejected, but if I do get a new frame out of this, I just want to put it out there that it will all be because I kept all these detailed accounting records for all those years.