I suspected I was going to like Rifle Butts MTB Park even before I got there. 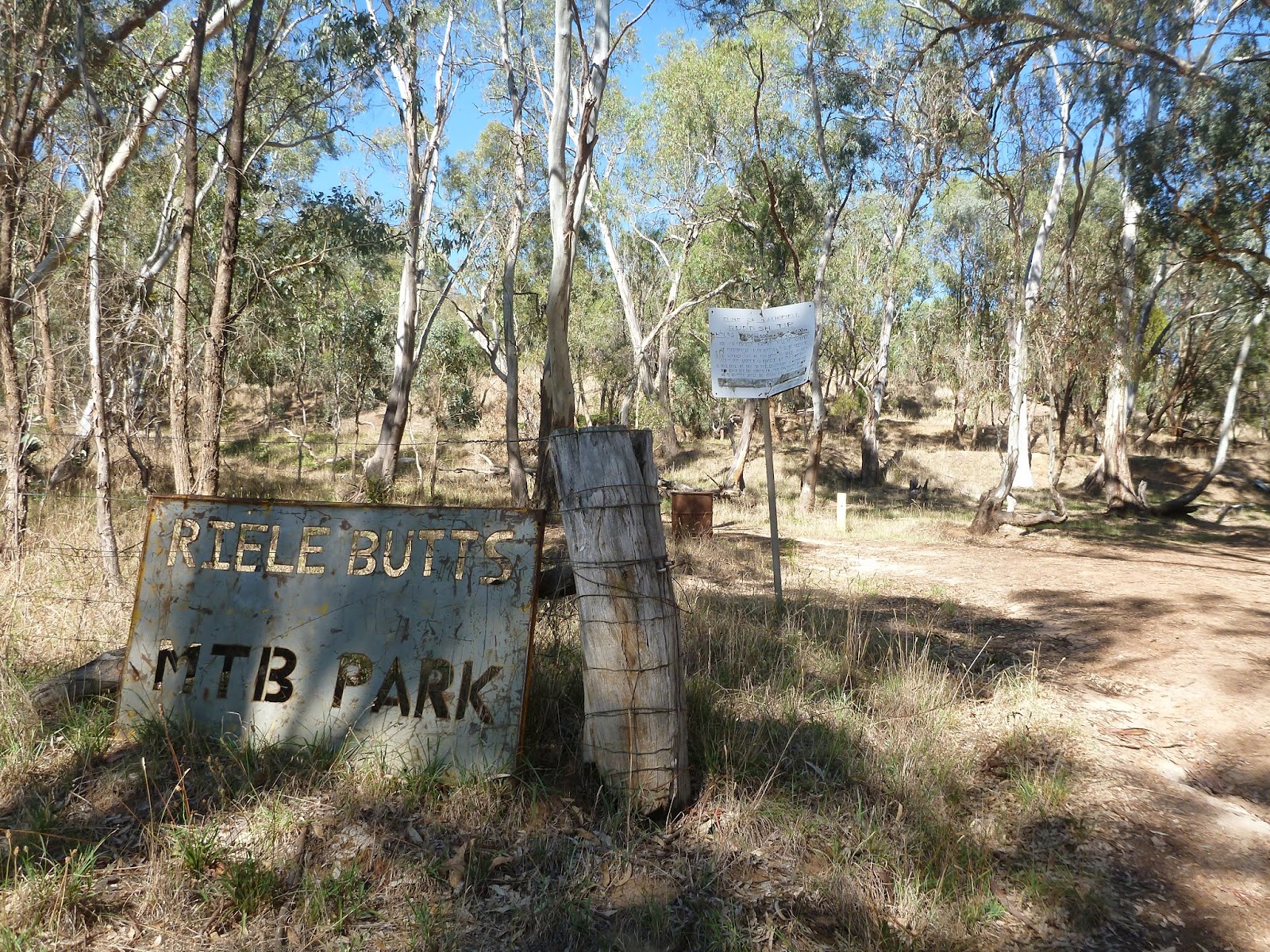 It’s the kind of place where you need to turn left at the black stump to find it (or download the GPS file from trailmate and put it on your phone), and to be honest most people (at least those whose cars aren’t faulty, thanks Europcar) would whiz right past on their way to the more iconic Buller trails (where I now won’t be going this trip – did I say thanks Europcar?).
So Rifle Butts MTB Park – it’s just on the outskirts of Mansfield, and the main XC loop which picks up most of the trails is about 4.5kms long, which even for me who stopped to take lots of photos (as well as adjust seat height, seat direction and pump more air into the tyres several times) was a fairly short time spent on the bike.
I hit the trails on a perfect day (would have been epic up at Buller, Mr Europcar man) and I just really enjoyed the old-school feel of these trails where you’d suddenly find some little technical feature or a corner that is just a little bigger, tighter or less bermed than you expected to give you a nice wake up call and let you know these trails were built by mountain bikers. 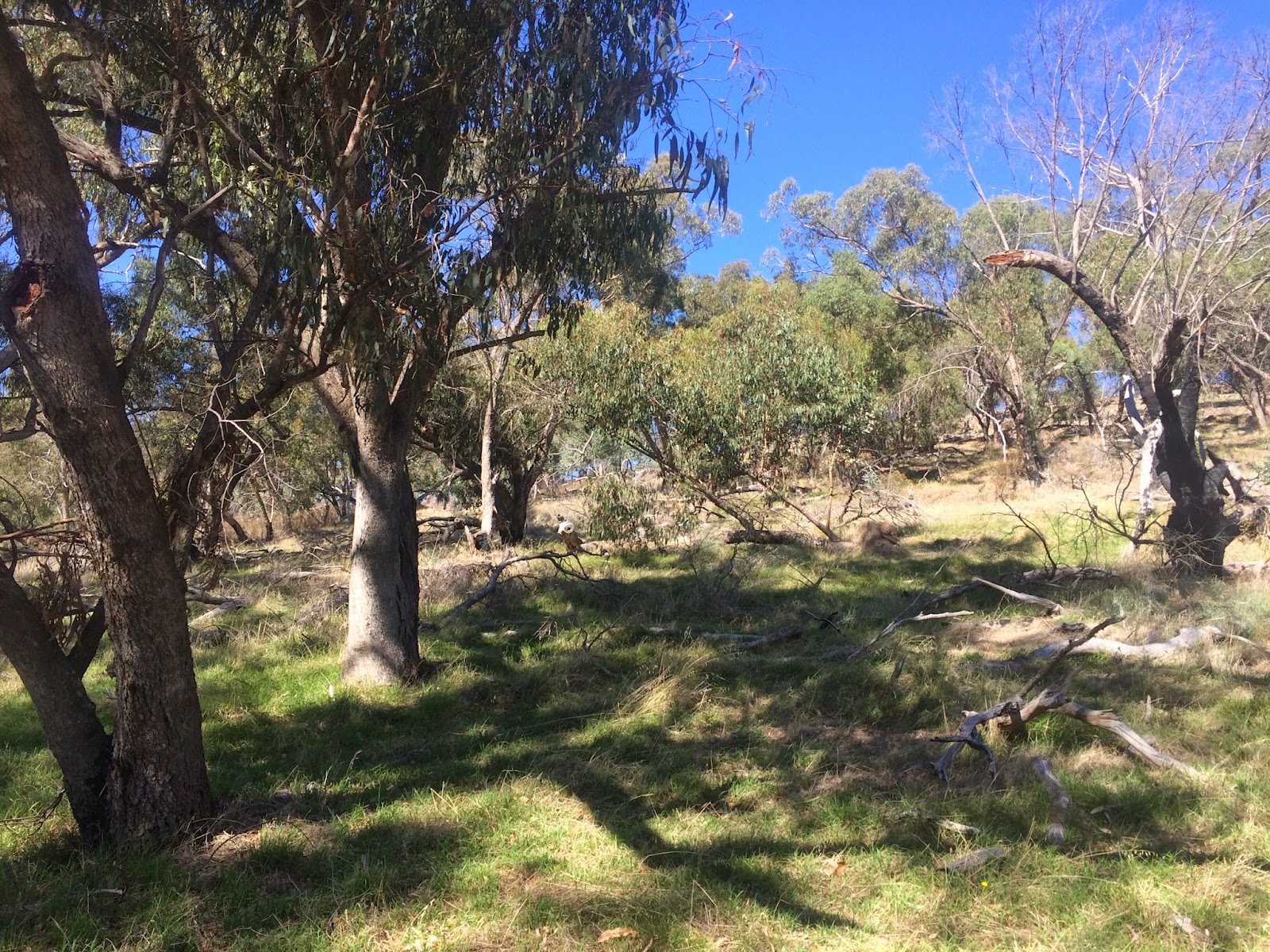 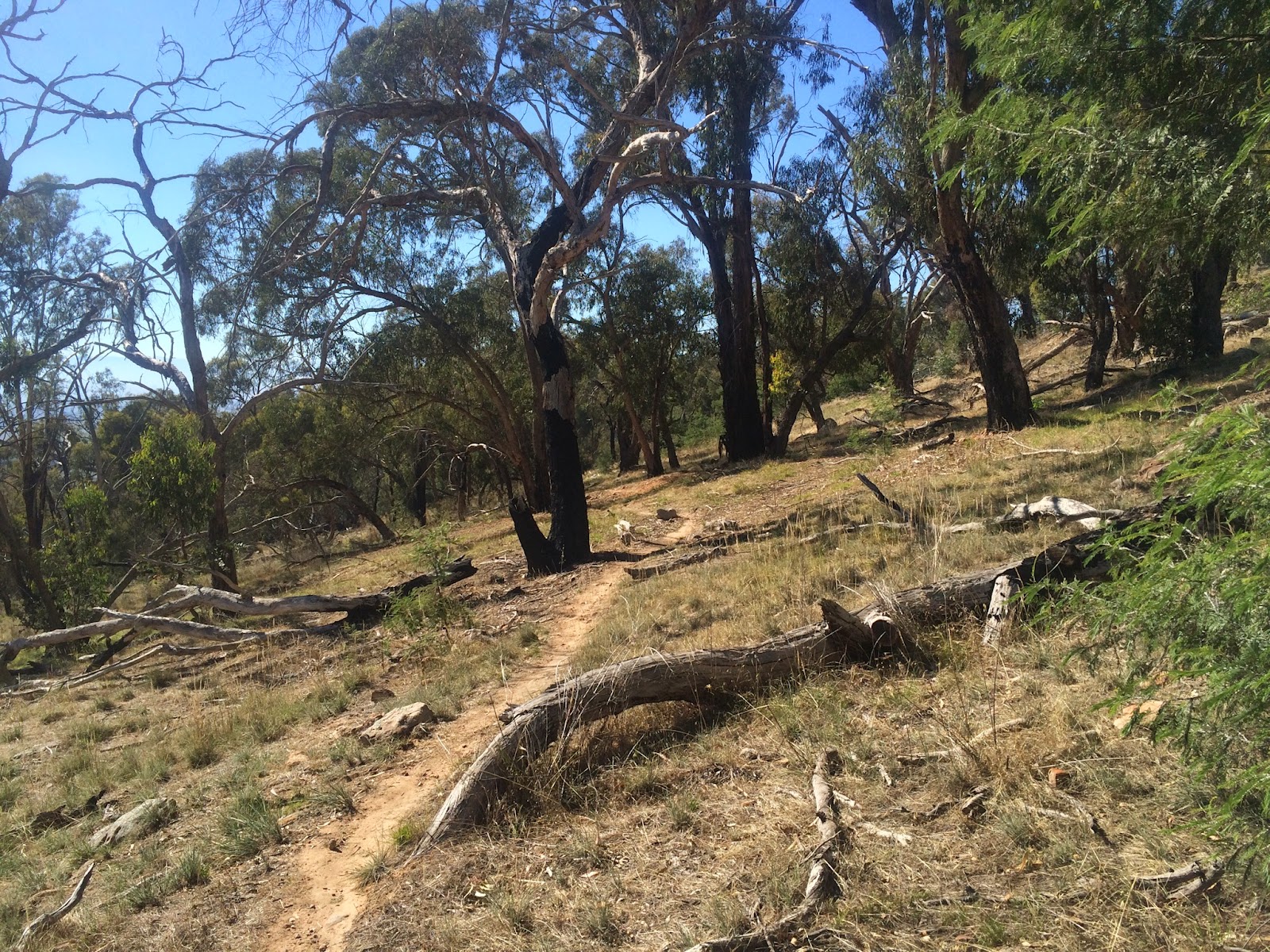 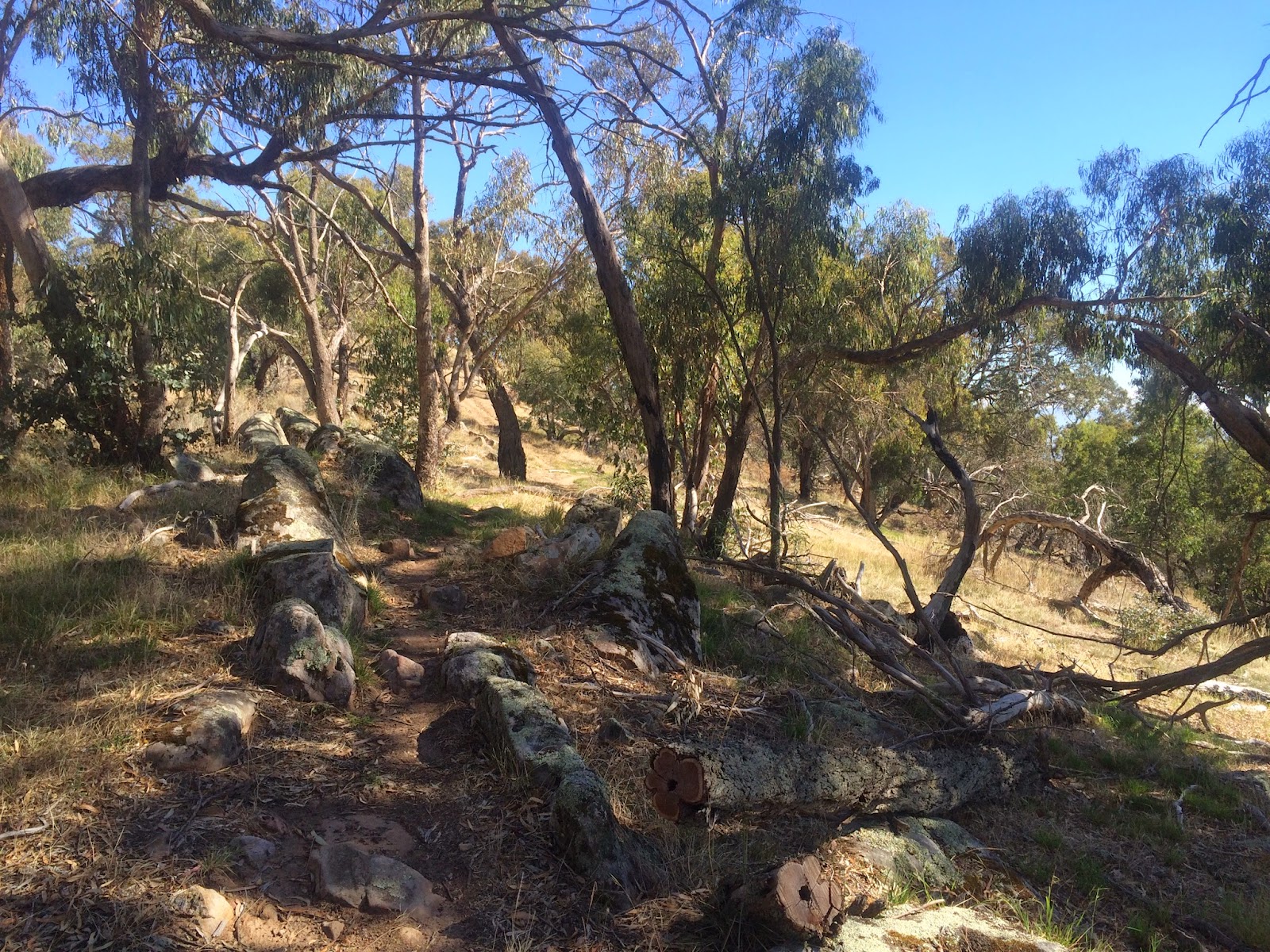 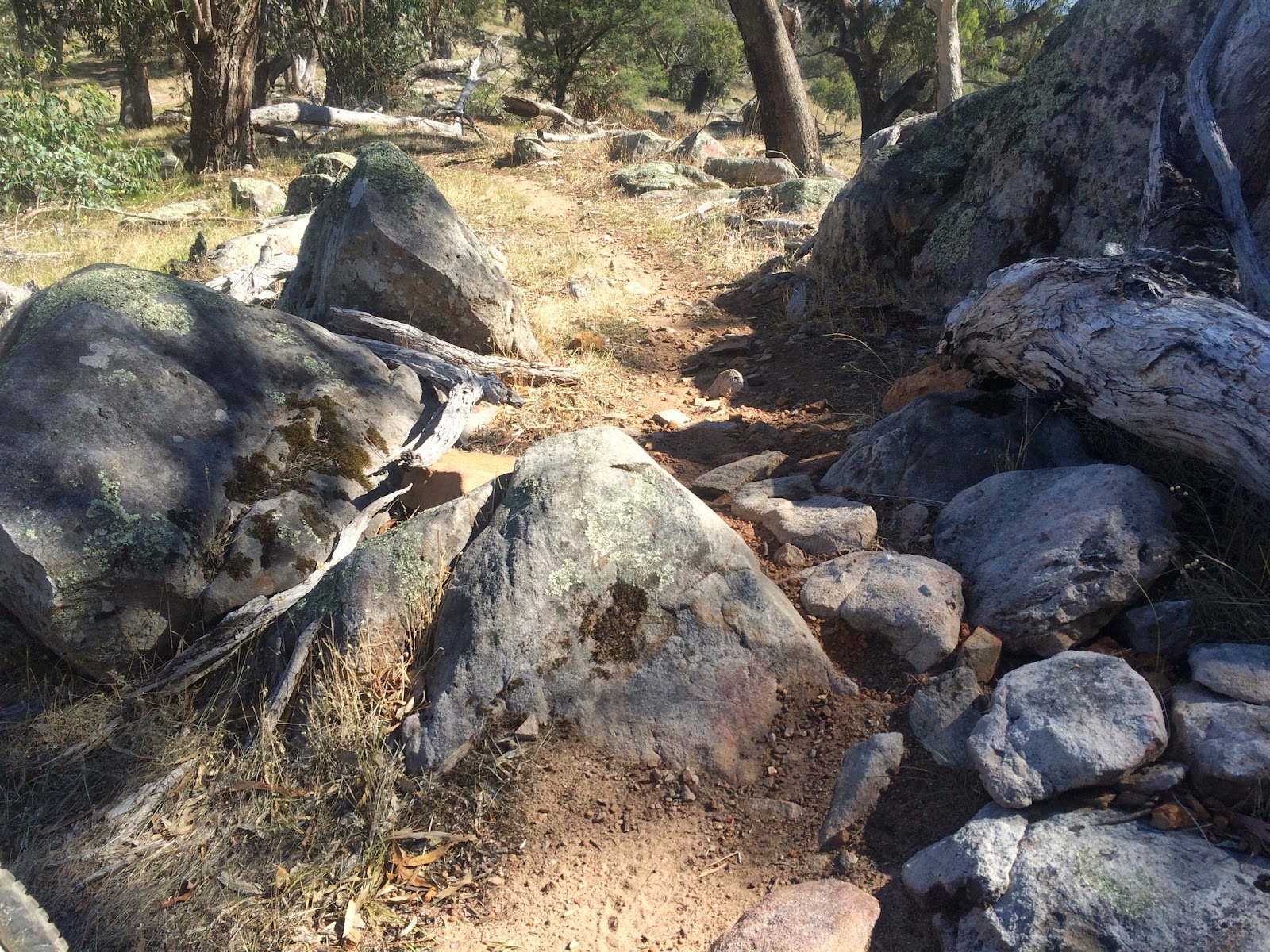 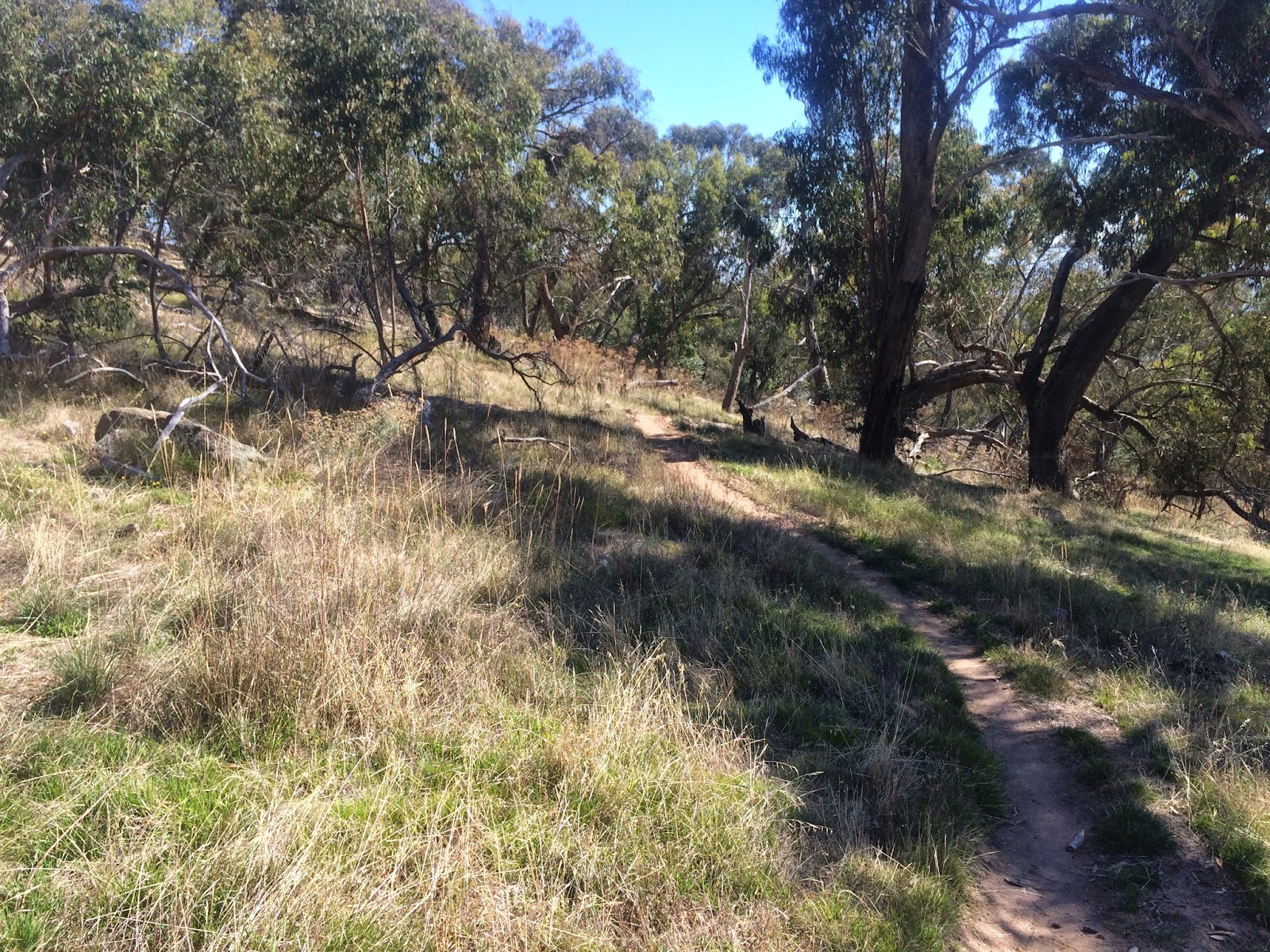 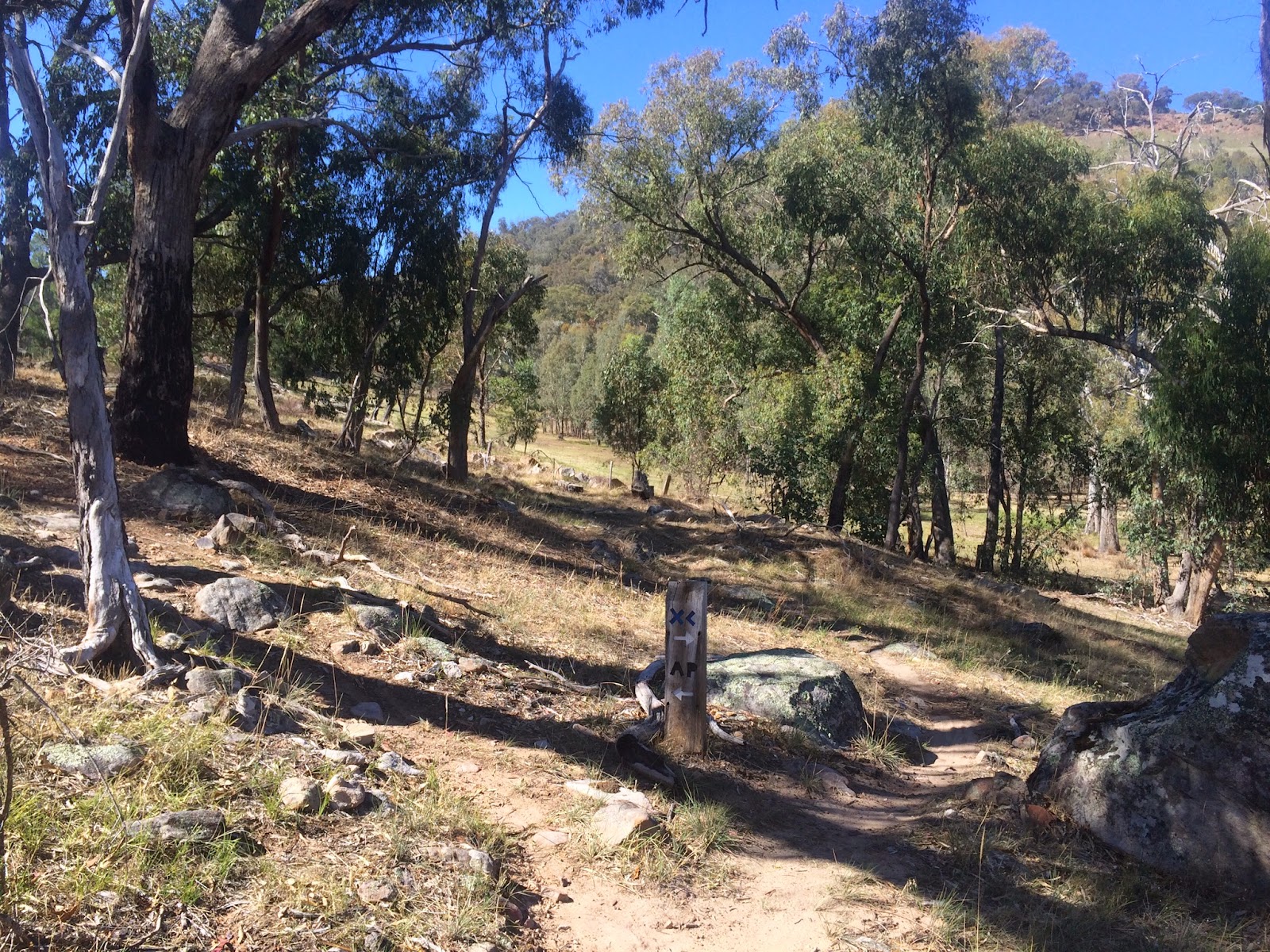 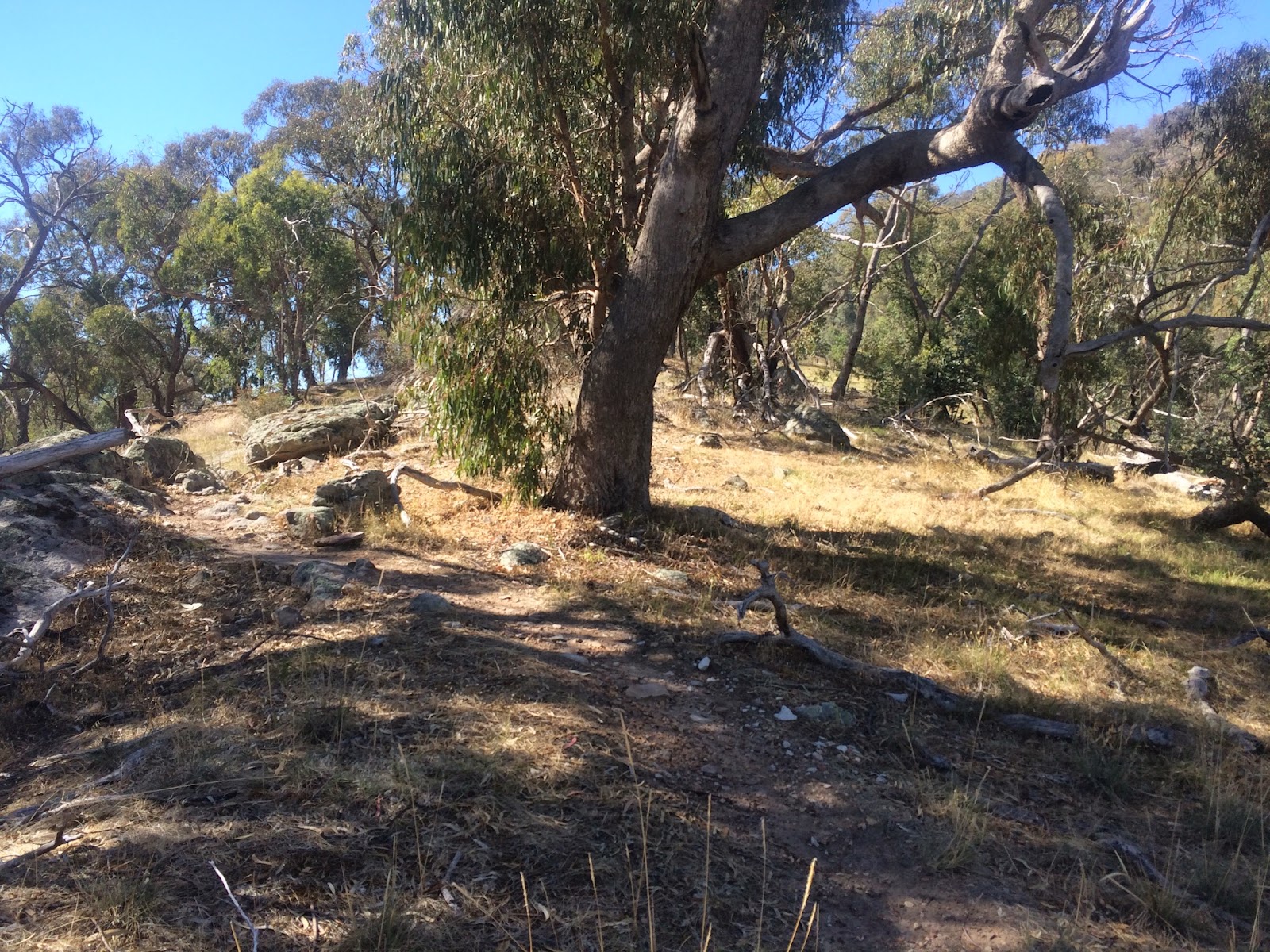 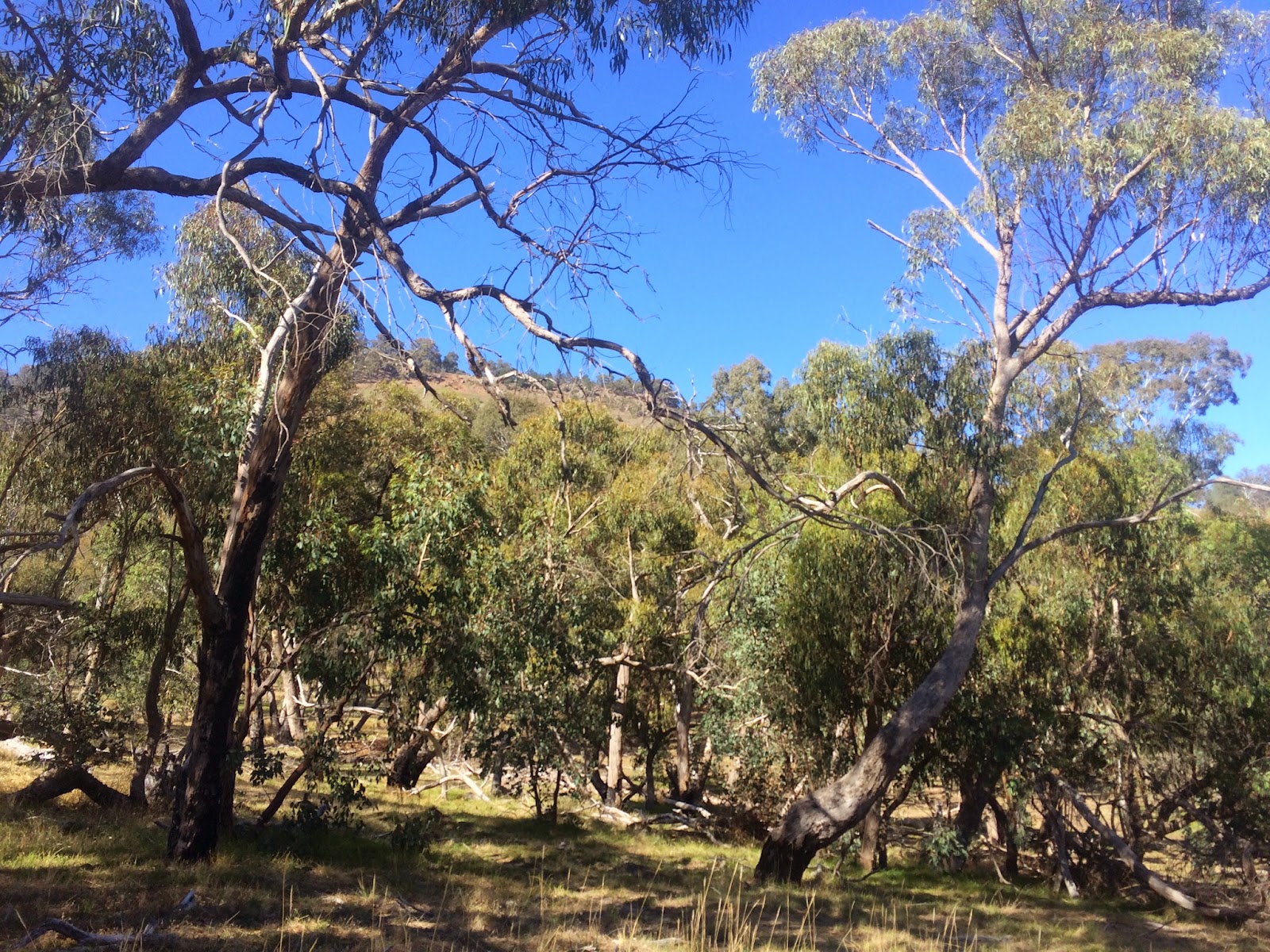 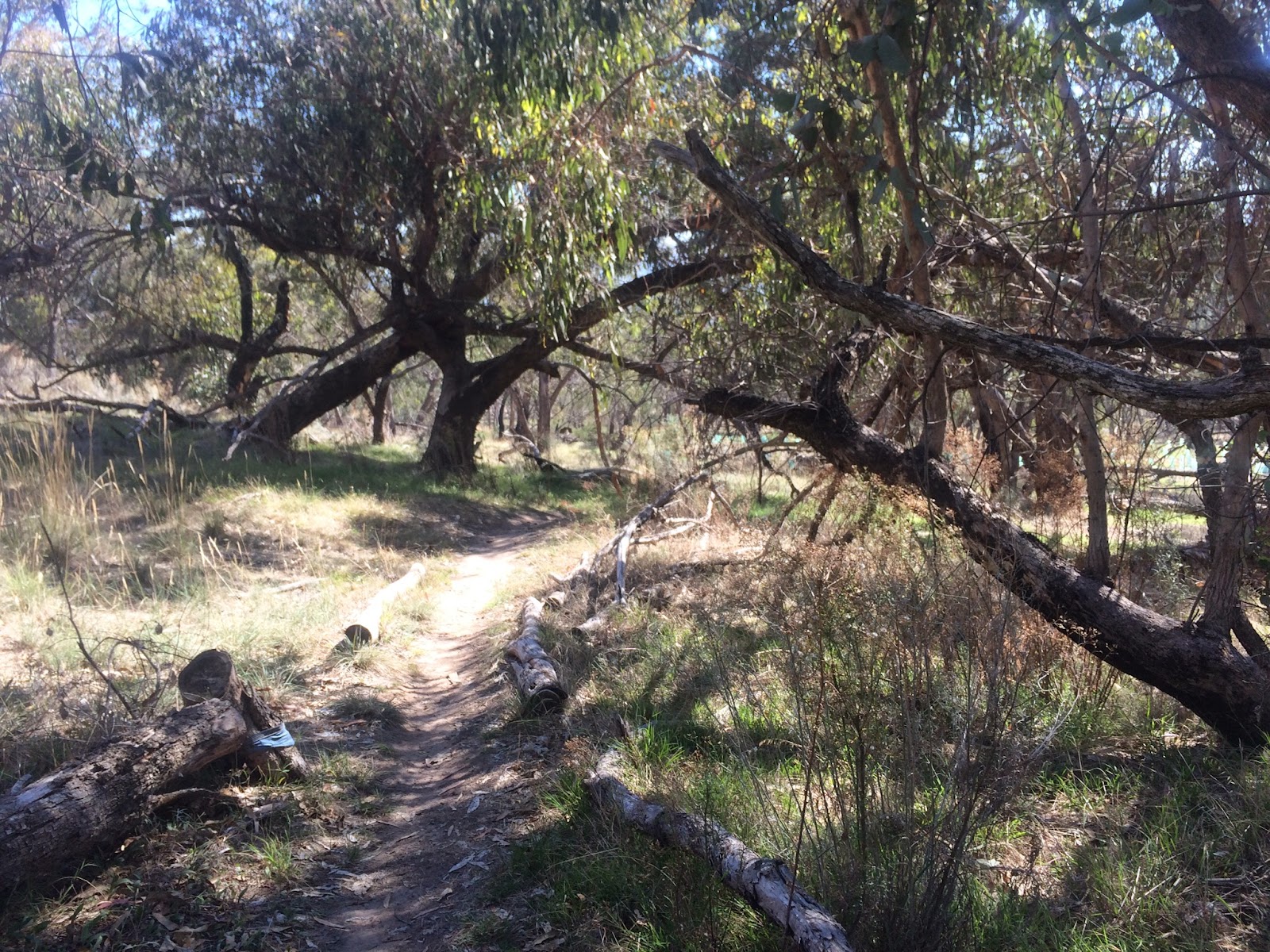 The last little downhill section back to the car (Rubbish Run I think it was called) was a tight little challenge on the 29er, and I was almost tempted to head off on a second lap to do it all again.
…  except I needed to get to a bike shop.
You see I’d got home from work on Monday night and went downstairs to throw the bike into my Ground Effect body bag for the trip over to Melbourne, expecting it to take 10 minutes (I’d done this a dozen times).
However, after spending that time alone just trying to get one of the pedals off, I finally got to the part where I was ready to “easily” slide the bike into the bag … only to find that it wouldn’t fit.
It was at this point that I realised I’d never actually put my 29er into this bike bag and what ensued was a 30 minute battle as I took more and more parts off the bike trying to get it to fit.
I eventually figured out that if I fully (and I mean fully) deflated the rear wheel, took off the handle bars and turned the forks around, I could just (and I mean with a lot of force) get my bike into the bag.
I guess this is what Ground Effect mean when they say …

A simple solution to the hassle of hauling your bike around on aeroplanes. Just whip off your front wheel, remove the seat and pop your precious toy inside the Body Bag … All hard-tail, lightweight XC dual suspension and 29’er mountain bikes should easily fit into either the Body Bag.  Source: http://www.groundeffect.co.nz/product/BAG/BOD

Well if that’s the kiwi idea of “easy” then they’re even more laid back that I thought – bro.
The reason for this long rant is that if you fully deflate a tubeless tyre filled with Stan’s Fluid, then there’s a pretty good chance that the tyre will unseat from the rim during the flight heck – it unseated getting it into the bag), and therefore when you pick up your bike in Melbourne you’ll find tyre sealant everywhere in the bike bag – except inside the rear tyre.
You’ll then have to not only clean that mess up, you’ll also have to waste one of those precious two gas cyclinders you brought across in your carry on luggage (yep – it’s legal on Australian domestic flights to carry up to two gas cylinders in your carry on luggage) to re-inflate it.
More importantly for this story, you might also find yourself riding around Rifle Butts MTB Park having to stop and re-inflate your tyre every 10 minutes because it’s not holding a seal properly.
So there was to be no second lap for me – what I needed was a friendly bike shop to throw a bit more tyre sealant in my rear tyre if I were to continue on …  a simple and cheap, job … or so I thought. …