From what I could determine from TheList and the 1:25000 map series, Dunkleys Tramway (shown in red above) is about 9kms long and heads off from the Heemskirk Road (the trail head is 3.2kms north of the Trial Harbour turnoff north of Zeehan). It appears to link in with some old logging / mining roads at the northern end which would allow you to loop back to the highway and then ultimately back to Zeehan along the old Emu Bay Railway… a ride of around 40kms.

As a keen bikepaker, it wasn’t hard for me to understand how this route got into the “potential list” for the West Coast Mountain Bike Project and I wanted (needed?) to ride it …

So, despite the hiccups of earlier today (see previous posts) I found myself unloading my bike at the very unpromising trail head around 2pm to see how far I’d get.

The first few hundred metres of this track could really put you off going any further as it is scratchy, hard to ride and fairly uninspiring, but then you go through a little clearing and dive into some forest and the whole world changes … 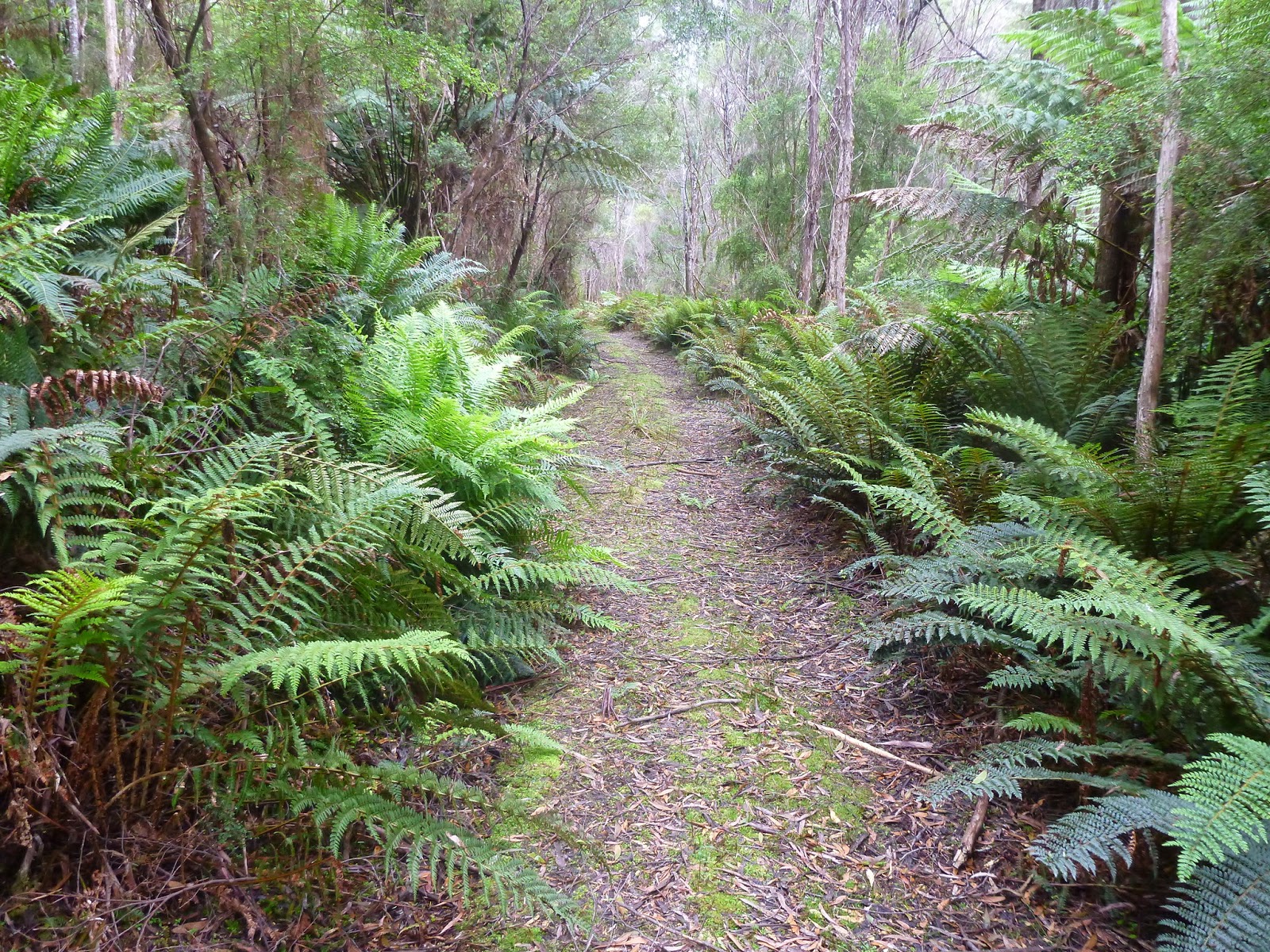 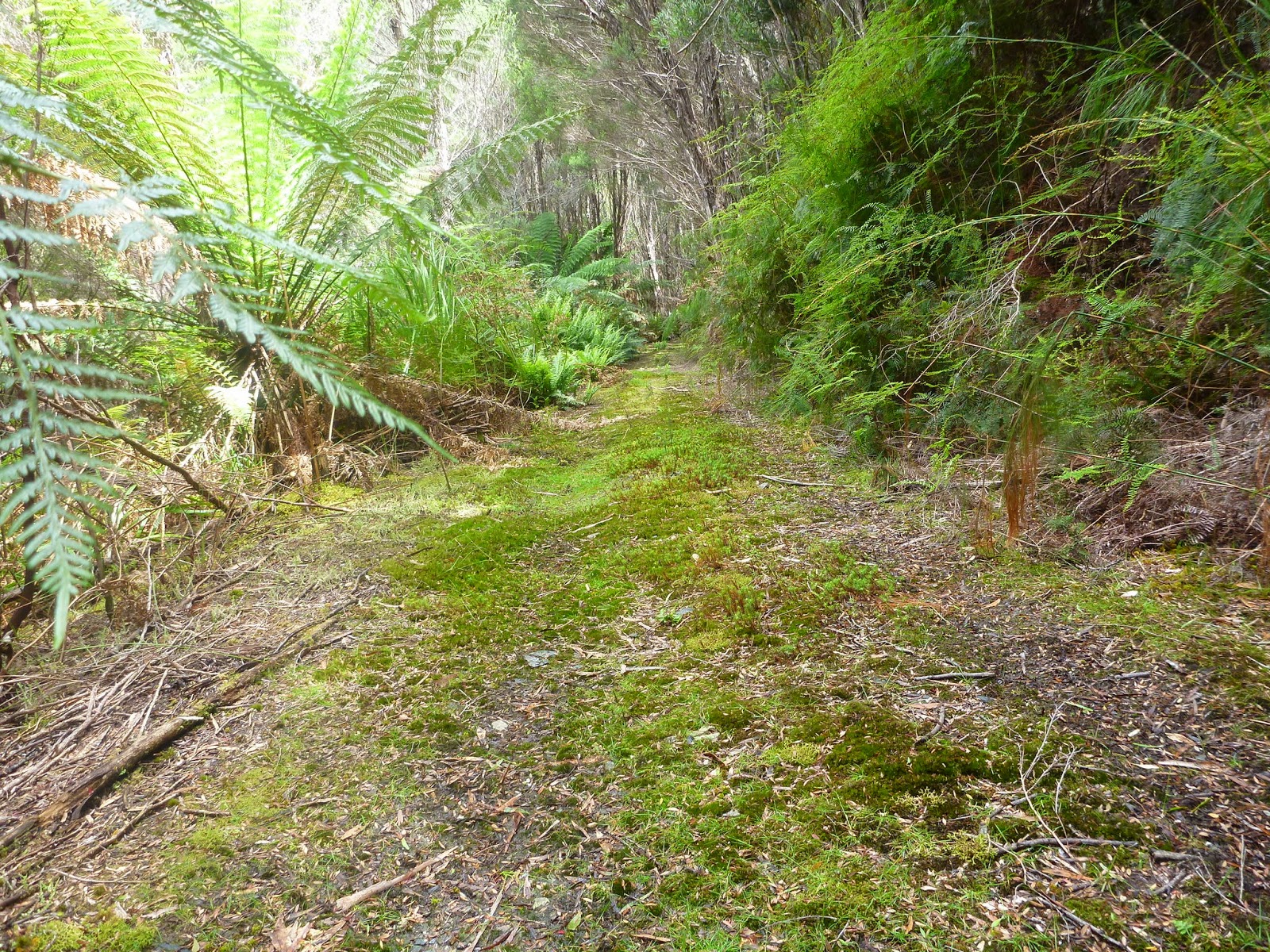 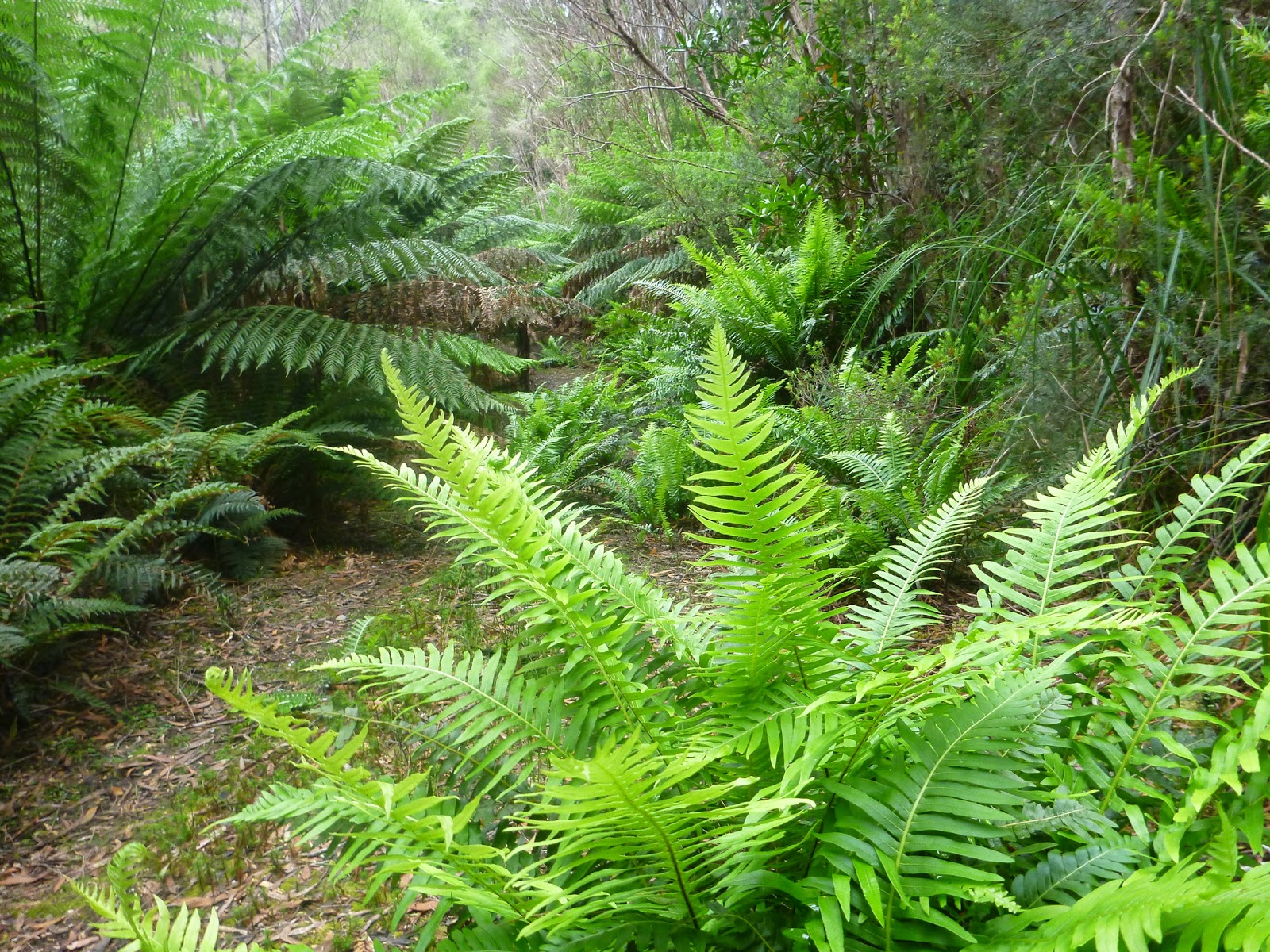 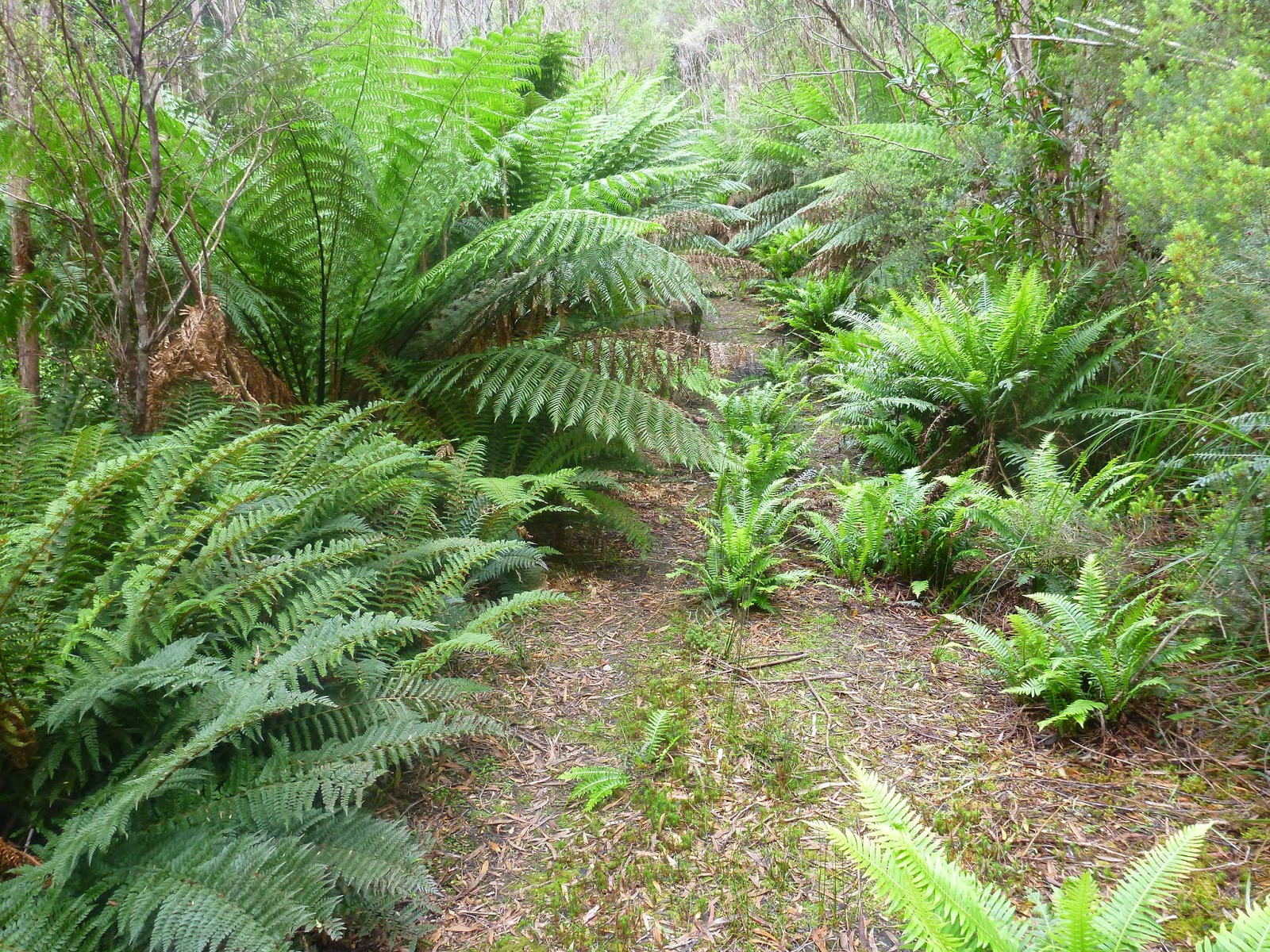 The next 1.5kms of trail is just gorgeous, and pretty much ridable as it is now (though that’s under my definition of ridable – not most people’s).

Just north of where an overgrown spur comes into the track from Parting Creek Lake, the trail emerges into an overgrown bog and after pushing and carrying my bike through this for a few hundred metres, I decided I really didn’t have the heart to tackle seven more kilometres of these conditions this late in the day, and so I turned around and tried to make my way to Parting Creek Lake … but was defeated here by thick scrub.

And that was my trip to Dunkley’s Tramway, and my riding for the day – I finished with a total of 4kms of riding for aorund 500kms of driving (I continued on up to Waratah for the night).

I’d got stopped by rain, soft sand, bogs and thick scrub, but I’d still had a good day.

I did drive into the northern end on my way north later in the day, and was rather perturbed by the steep climbs and descents before the track became impassable to my little car.

However what this short ride has got me thinking about is a greater Zeehan loop, that maybe looks something like this (in red)… 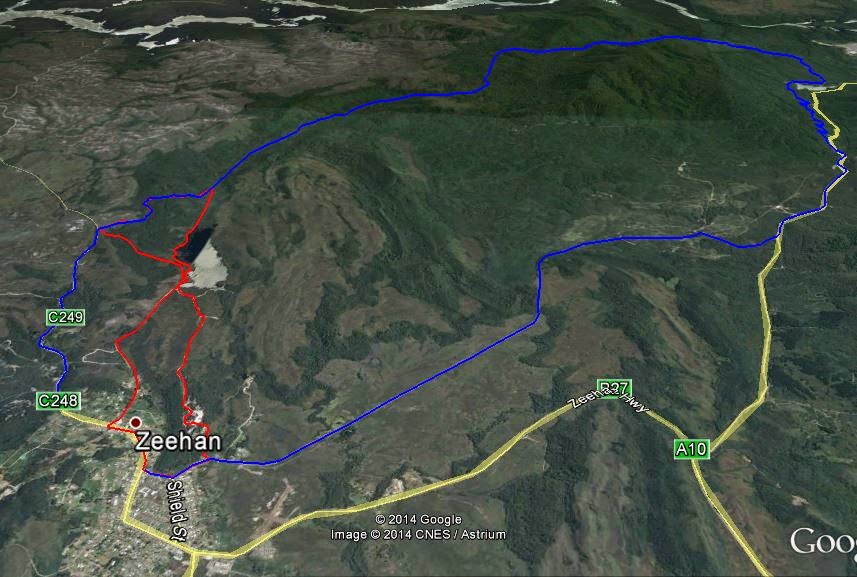 Building off an existing little loop out to Parting Creek Dam, a bit of trail construction (from the dam to the highway) and a bit of clearing of the currently overgrown section would create a great little loop for beginner riders out from Zeehan.

This could also serve as an alternative exit/entrance to the Heemskirk Range trail, and who knows if Dunkley’s could be cleared it would also make a nice start to a longer route out that way as well.

Hmmm … I wonder if I could convince my boss that I need to relocate to Zeehan for a few months to do a little bit of volunteer trail building … I mean work.