There’s a trail in Tasmania that I really want to ride.

And to my great surprise, I find I’m not alone.  Pretty much every adventure rider I’ve mentioned the trail to in the last six months has been making plans of their own to ride this trail.

But there’s a problem … getting to it

Or maybe, it’s getting to it first, before it’s just another trail that everyone’s ridden.

There’s a lot of attraction to teaming up with some of these other riders and riding the trail together, and I’ve genuinely been discussing options to see if we can make this happen, but there’s also a strong attraction to the idea of figuring out how to get there by myself, and ride it alone, and that’s what today was about … 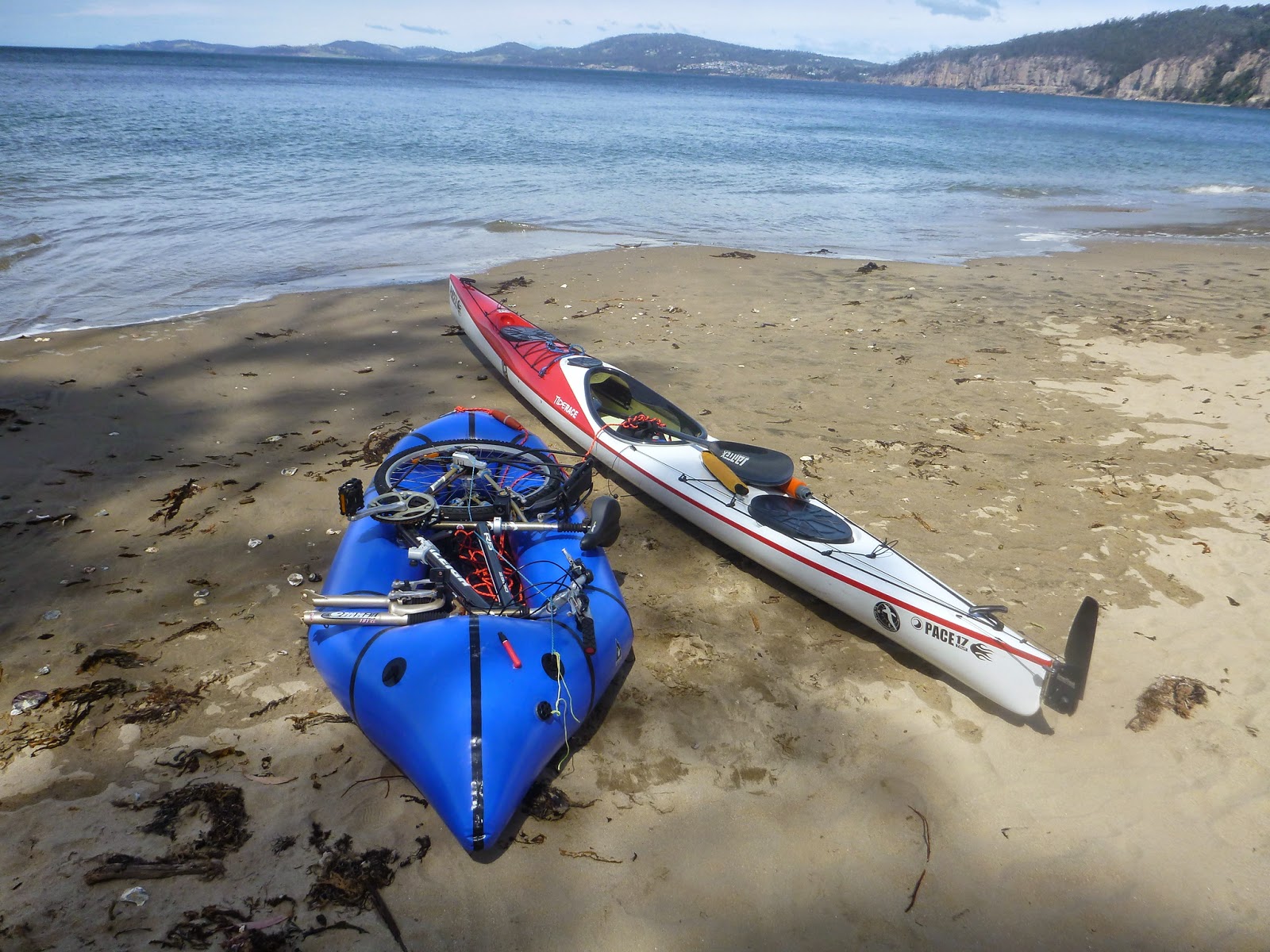 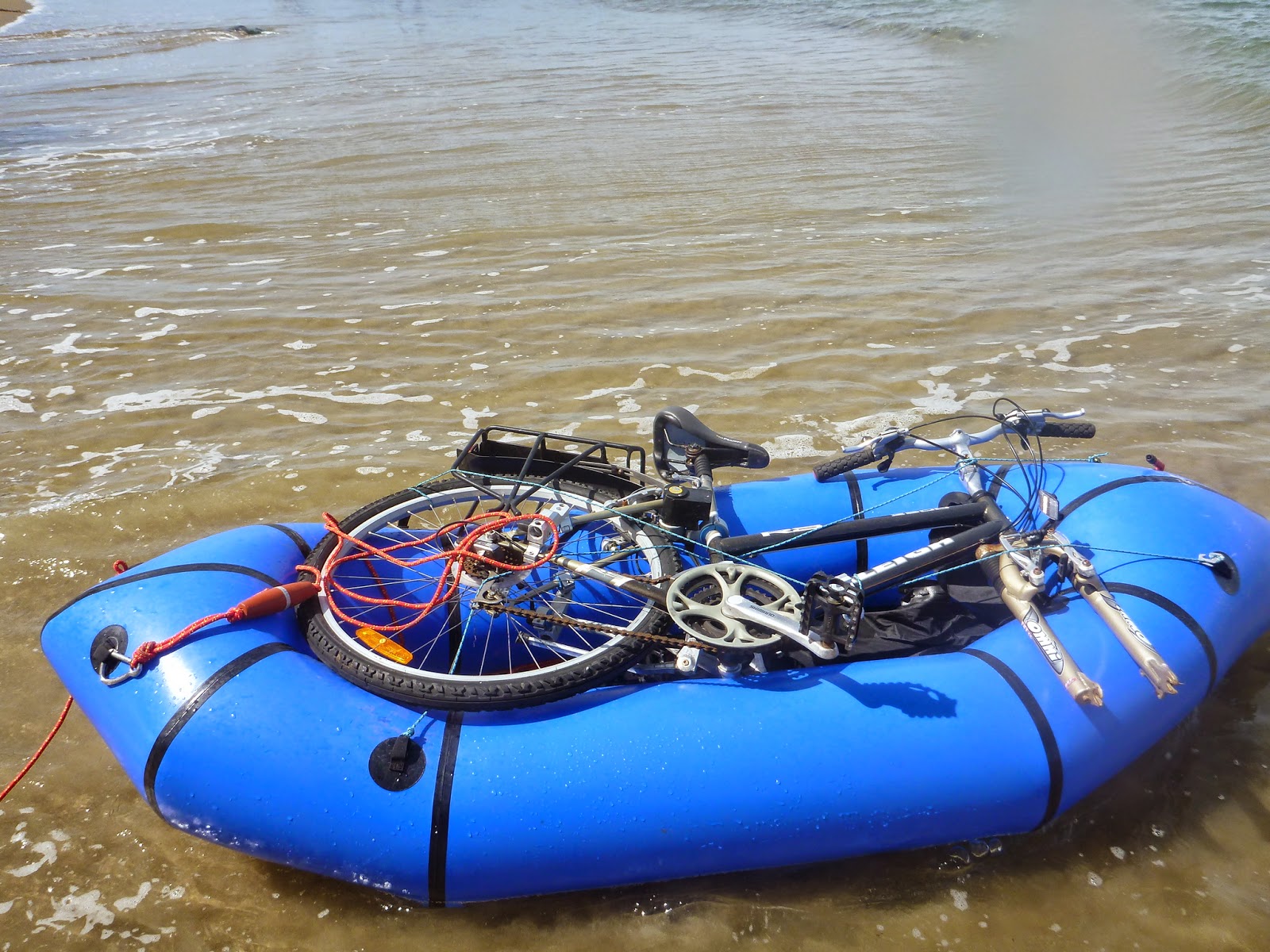 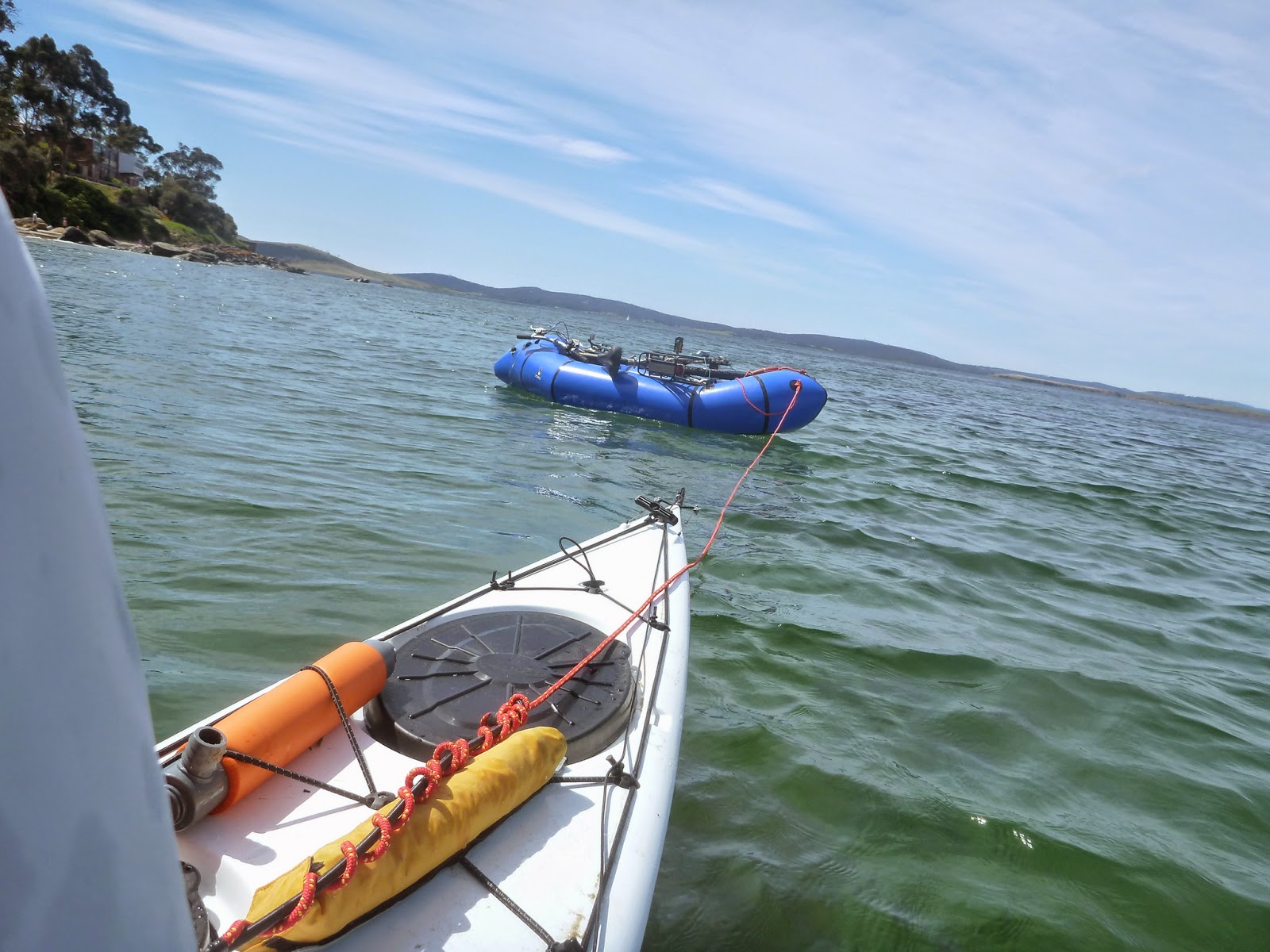 Turns out I can paddle at around 4 to 5km/hr towing a bike on a packraft behind my kayak,  but that’s only with no wind or seas.  As soon as I headed around the corner into 20km/hr winds, even with quite small seas, my pace dropped to a crawl.

Then I basically stalled.

Turning wasn’t much fun either.

So it’s back to the drawing board for another plan to get to the starting line … maybe putting the bike on a plastic sit-on-top kayak would help me move through the water faster?  maybe I could mount my bike on the back of the kayak with some form of outrigger system for balance?

Did I mention that I really want to get onto this trail?