Have you ever considered how you’d go about hijacking the Spirit of Tasmania?

To be honest, nor had I.  In fact the very idea of it hadn’t even crossed my mind.  Now that it has, I’m still asking myself one very important question …

What would I do with it once I’ve hijacked it?  Ram it into Flinders Island?  Demand they take me to New Zealand (I wonder if it has enough fuel)?  Maybe I could demand a million, billion dollars or else threaten to run over a sea kayaker?

Sounds to me like a Darwin award in the making.

Anyway, the reason for this strange line of thought was that as I was getting on the Spirit of Tasmania tonight, I was asked if I had any firearms or weapons, which was not a question I was expecting, hence my response …

“OK, please go ahead to that inspector over there in lane 3“

So off I drove … while mentally cataloging what I do have in the car and that’s when I realised  … “well, I do have my pruning saw – I wonder if a pruning saw is considered as dangerous?“.

So when I got up to the inspector in lane 3, and being a good and honest person, I asked him that very question (fully expecting him to say something like “of course not, what could you do with a pruning saw … you go right ahead“) 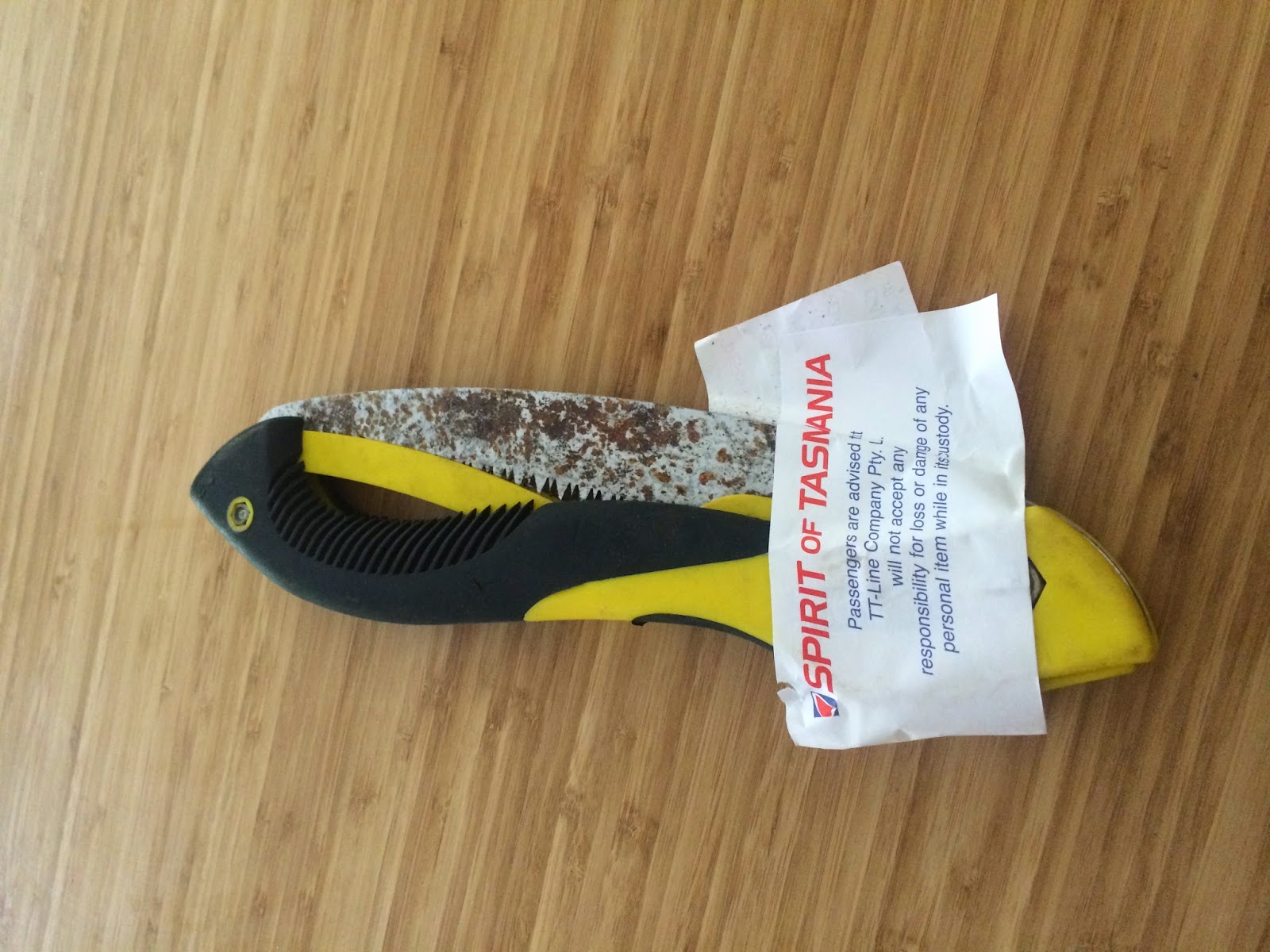 But he didn’t … he decided that my small, rusty and blunt pruning saw was actually a potential weapon (even though he couldn’t figure out how to open it) and I guess rules are rules so he took it off me for collection in Devonport.

Now before you think I’m whingeing about this, I’m not.  In fact it was fabulous because having already bought dinner in Melbourne before departing (I do learn), I had very little to do on the boat other than watch “How to Train a Dragon 2” and try and figure out a scenario in which I might, with my little pruning saw, hold a whole (metal) ship to ransom …

And hey, when it comes to the Spirit of Tasmania, anything that passes the time is a good thing.

For the record, my brain was too logical to come up with anything because all scenarios start with me leaping out with my pruning saw in hand yelling “nobody move …  this is a robbery” and ending up with several hundred passengers and crew looking at each other, realising that one man with a pruning saw isn’t much of a threat to them, and either ignoring me or throwing me overboard.