This is another blog post about one of my oldest foes: expectations. 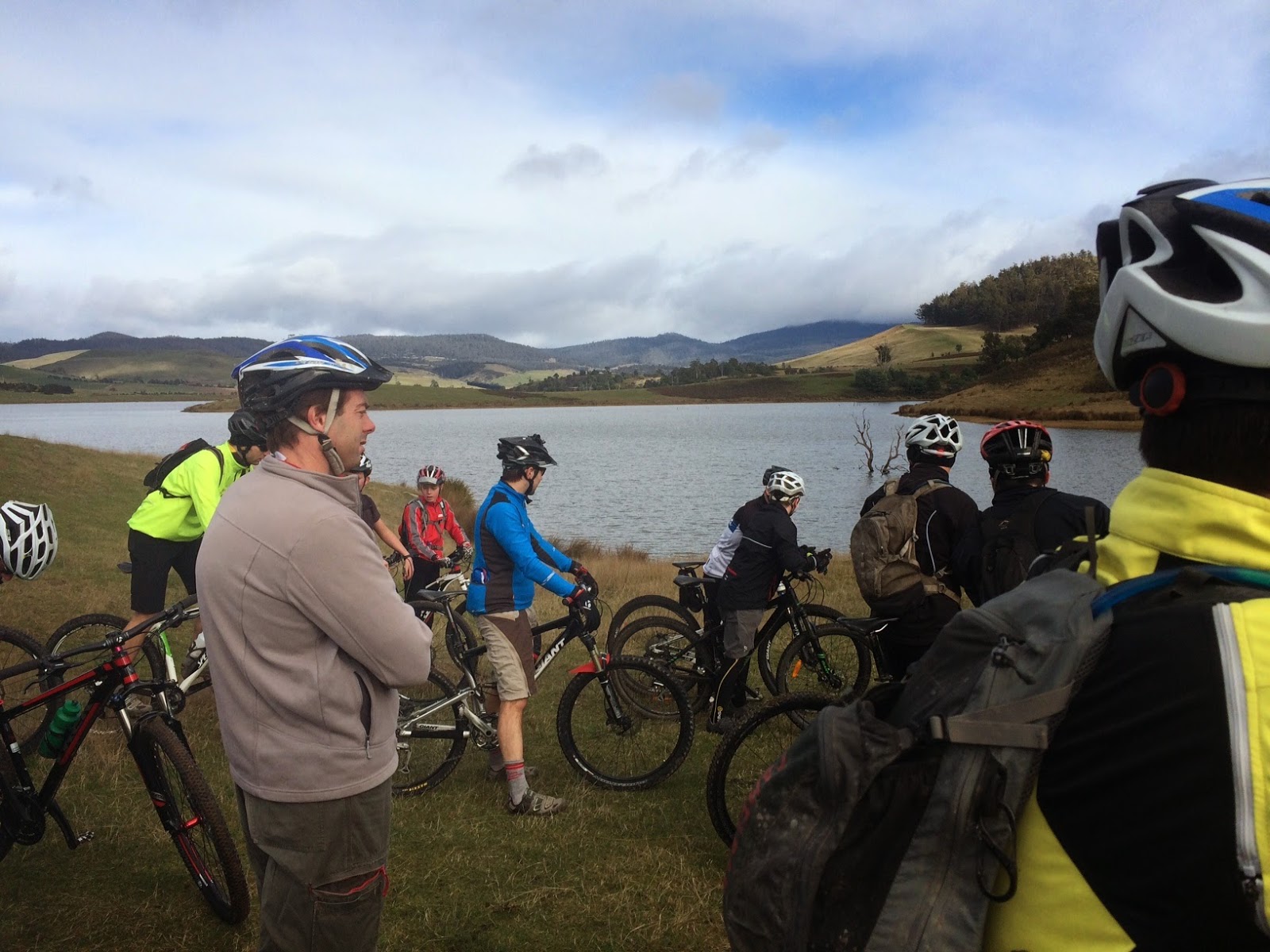 I headed out to the Pickles Hill Adventure Ride with two extremely burdensome expectations (neither of which I even realised I held).

That is, I expected it would be a nice, scenic 15km loop covering the backhills behind Cranbourne Dam near some hill called Pickles Hill.

In other words – rambler country.

What it in fact looked like (and I swear that this is my actual GPS track) is the image on the right … a tight twisted tangle of trails which never actually leaves pickles hill and where you often find yourself asking the question … “hang on – isn’t that the GU wrapper that I dropped 20 minutes ago?” (not that I’d ever carry a GU wrapper, never mind drop one) … after you’ve plunged down a hill, twisted around a mountain, ridden back up again only to find yourself back, pretty much back where you started … for the fourth or fifth time. 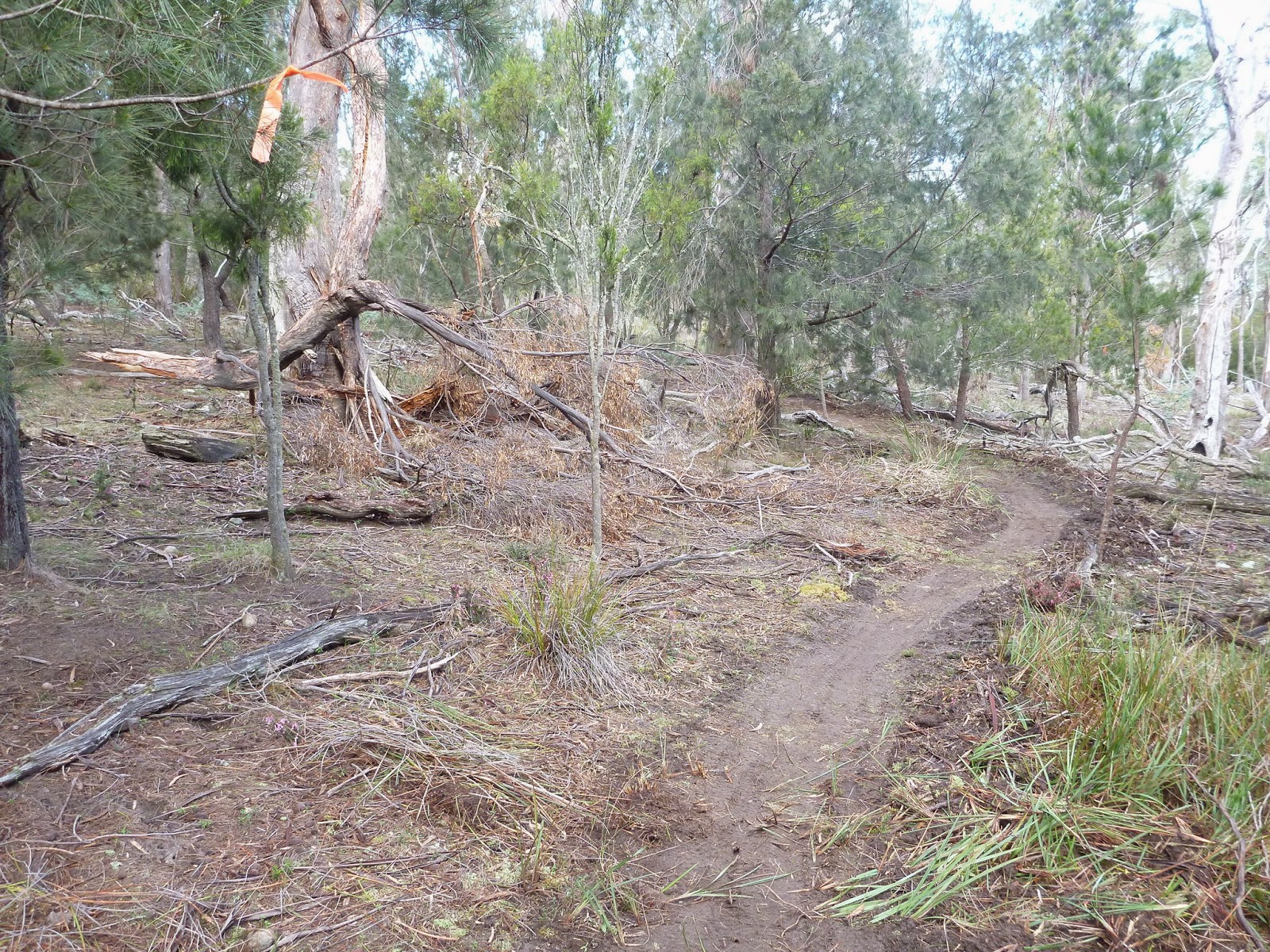 Which makes the Pickles Hill tracks a pretty awesome use of the available land area …  and I’m going to go out there and say it … an awesome course for  … a multi-lap enduro race.

Which is exactly what it was built for.

But it did not meet my expectations, so I’m disappointed.

The second expectation (and I didn’t think this was a biggie) was that my bike would survive a 15km custom made MTB course, and that I’d therefore actually ride the course.

I got to leave with everyone else (well sort of, it may be that they sort of all left without me as I was busy taking photos …) 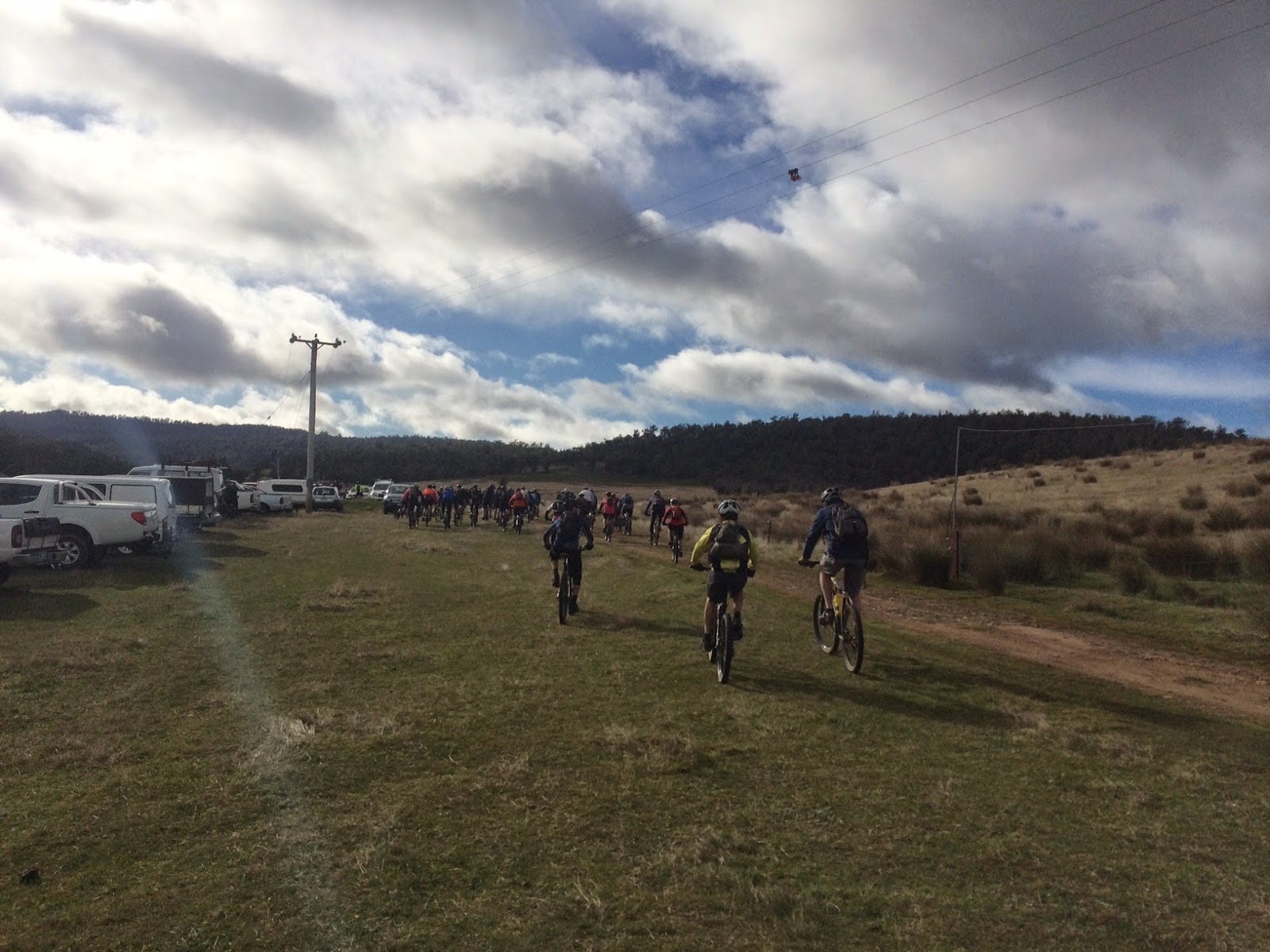 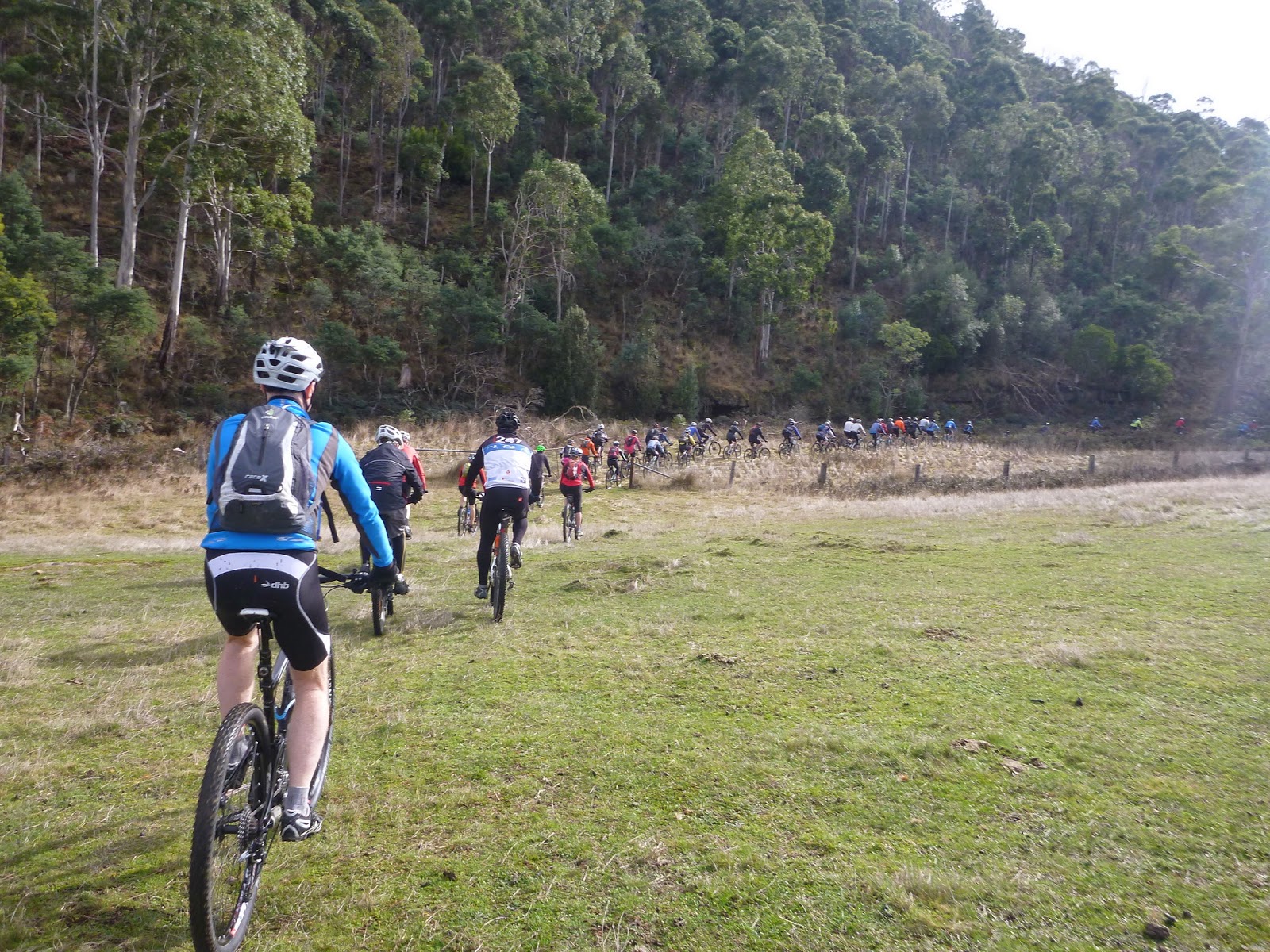 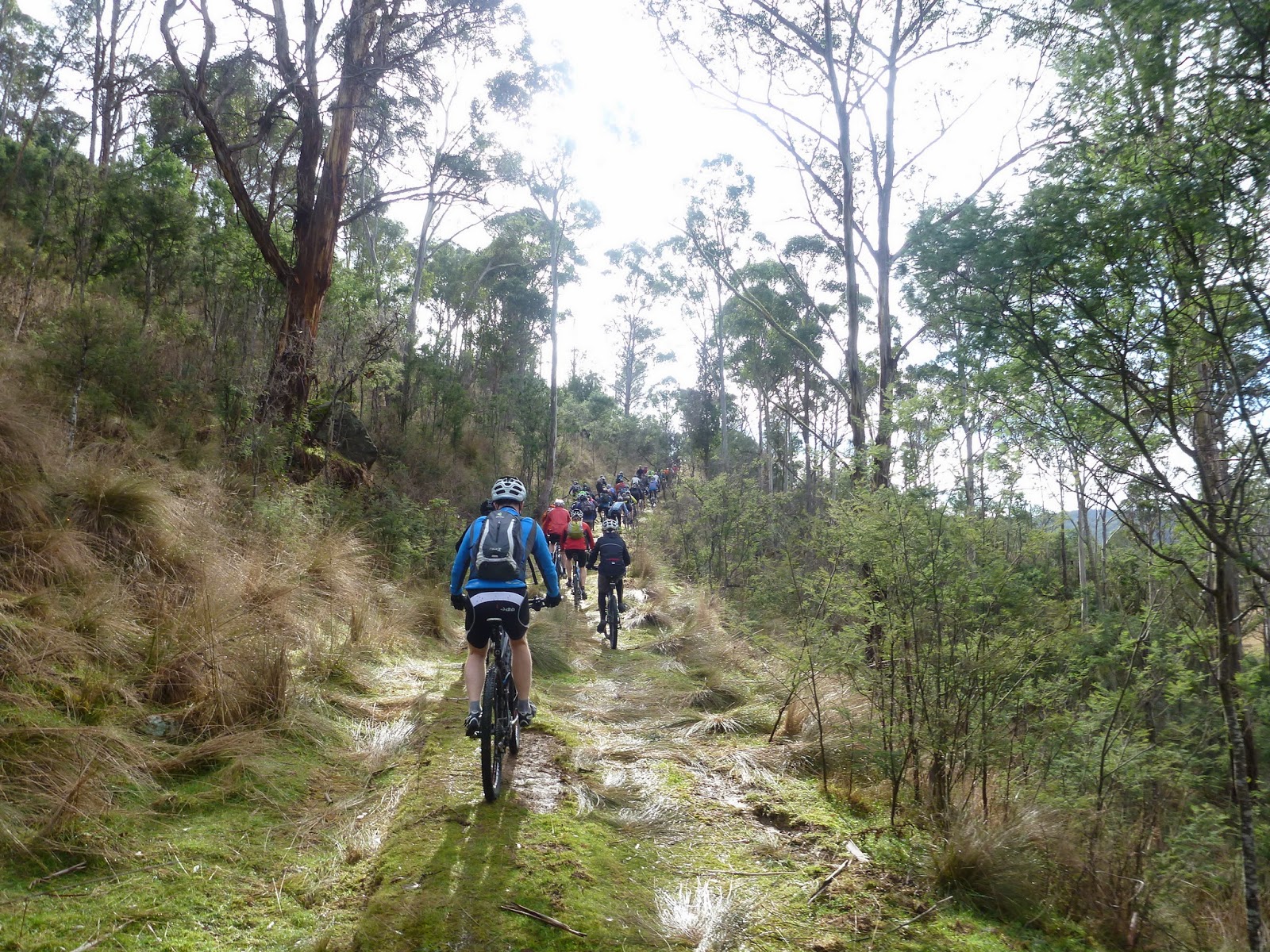 But then I got to the first downhill, and suddenly my chain started jumping all over the place.

I stopped and checked it out, but couldn’t see anything wrong, so carried on, but with my chain constantly locking up and jumping gears.  It was weird and despite stopping several times, I just couldn’t figure out what was happening – especially as it only seemed to be happening when I went downhill.

Finally, I stopped to push my bike up a steep little pinch and realised that my pedals were turning as I pushed my bike forward.

Now, call me a bit thick, but for some reason I decided this must be happening because there was something wrong with my chain or jockey wheels, so I spent the next few minutes trying to find what was jammed in them that would make the wheel turn forward.

In the end I decided that maybe it would fix itself and so kept on riding up the trails to the top of the hill.

It was somewhere around here, as I had my bike turned upside down for the third time trying to figure out what was going on, that I realised just how tangled the trails were up on Pickles Hill.

Riders were heading past me in all directions … and most worryingly I’d have a gaggle of 20 cyclists head down a track in one direction and then 30 seconds later 4 or 5 cyclists would come back down the same track … but in the opposite direction.

Yea … there was a lot of orange tape and orange markers up on top of that hill marking the trail.  The problem was trying to figure out which particular piece you should be heading towards.

I eventually gave up on trying to fix my bike and resigned myself to just putting it in a big gear and constantly pedaling so that the chain speed kept up with my wheel spin.

This sucked (no pun intended).

Pickles Hill is a track that rewards good riding … and it’s very hard to do good riding when you have to pedal all the time and can only go downhill as fast as you can pedal, so my next couple of kilometres of riding, although through great country, weren’t fun … 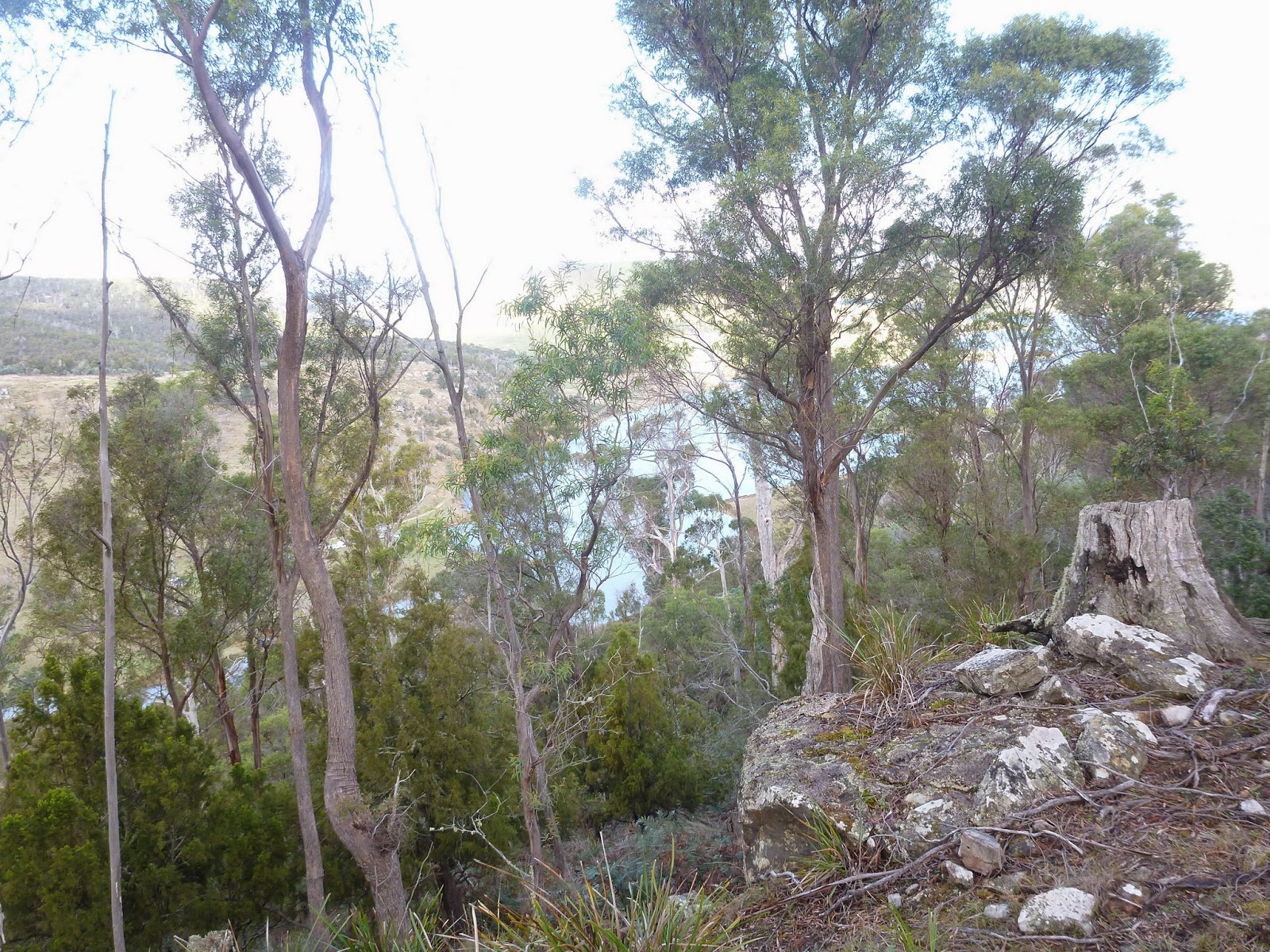 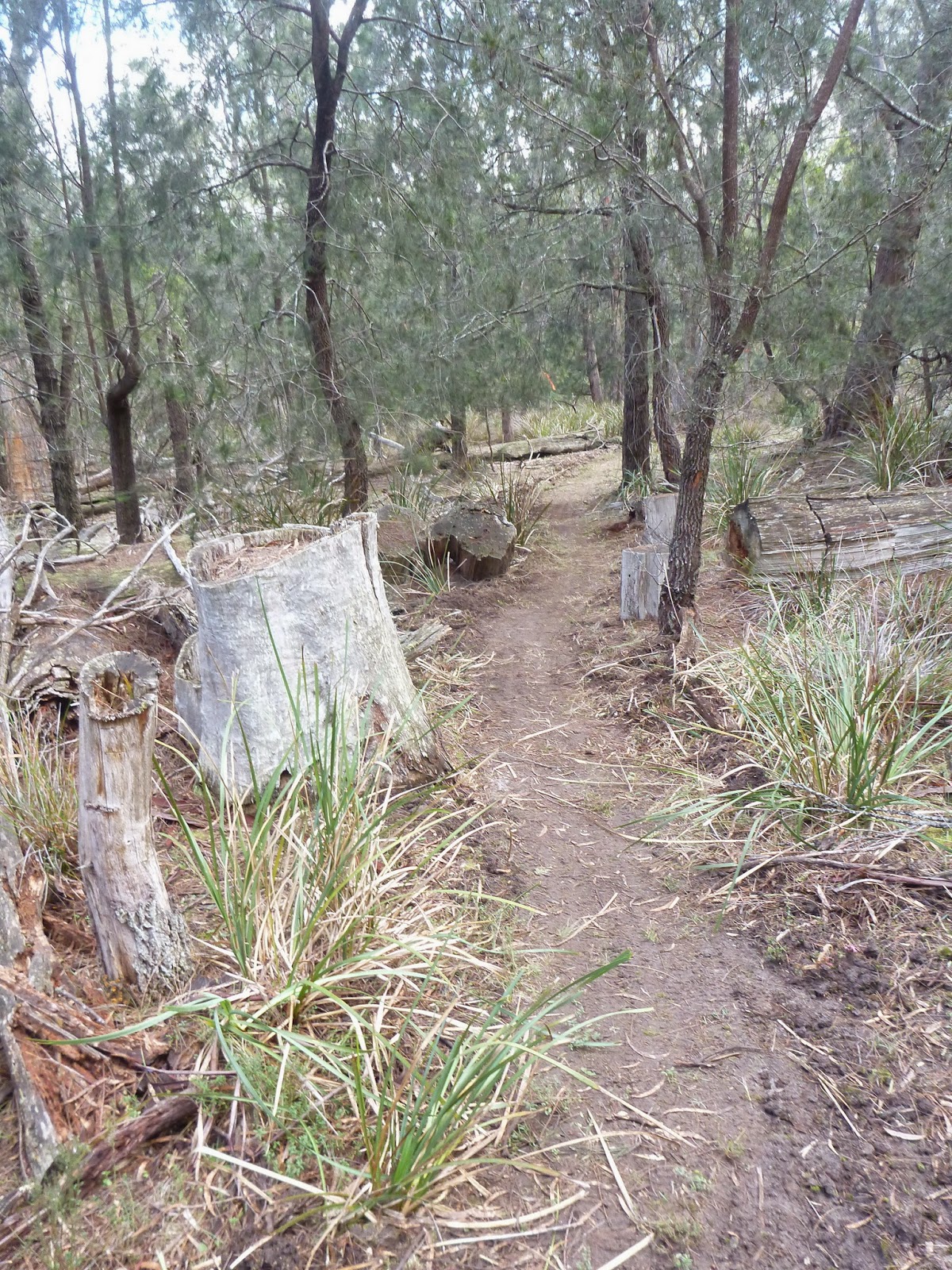 Finally as I was riding along not enjoying myself much at all, it occurred to me that it must be my freewheel hub that had seized up, causing my chain (and hence pedals) to turn (you can hear the light bulb go on) … so off came the wheel (again) and sure enough as I spun the freewheel it was catching … what was probably more worrying was that I was able to loosen it enough with just my fingers to get it spinning again (update: when I took it into AvantiPlus Sandy Bay this week (I really should just make a regular booking), it turns out that this is a problem to do with the Giant bike hubs where a plastic seal over the hub often gets out of shape and catches on the freehub).

So double yay – I was back on my bike and riding again, and I had something that no one else crammed on that hill had today … 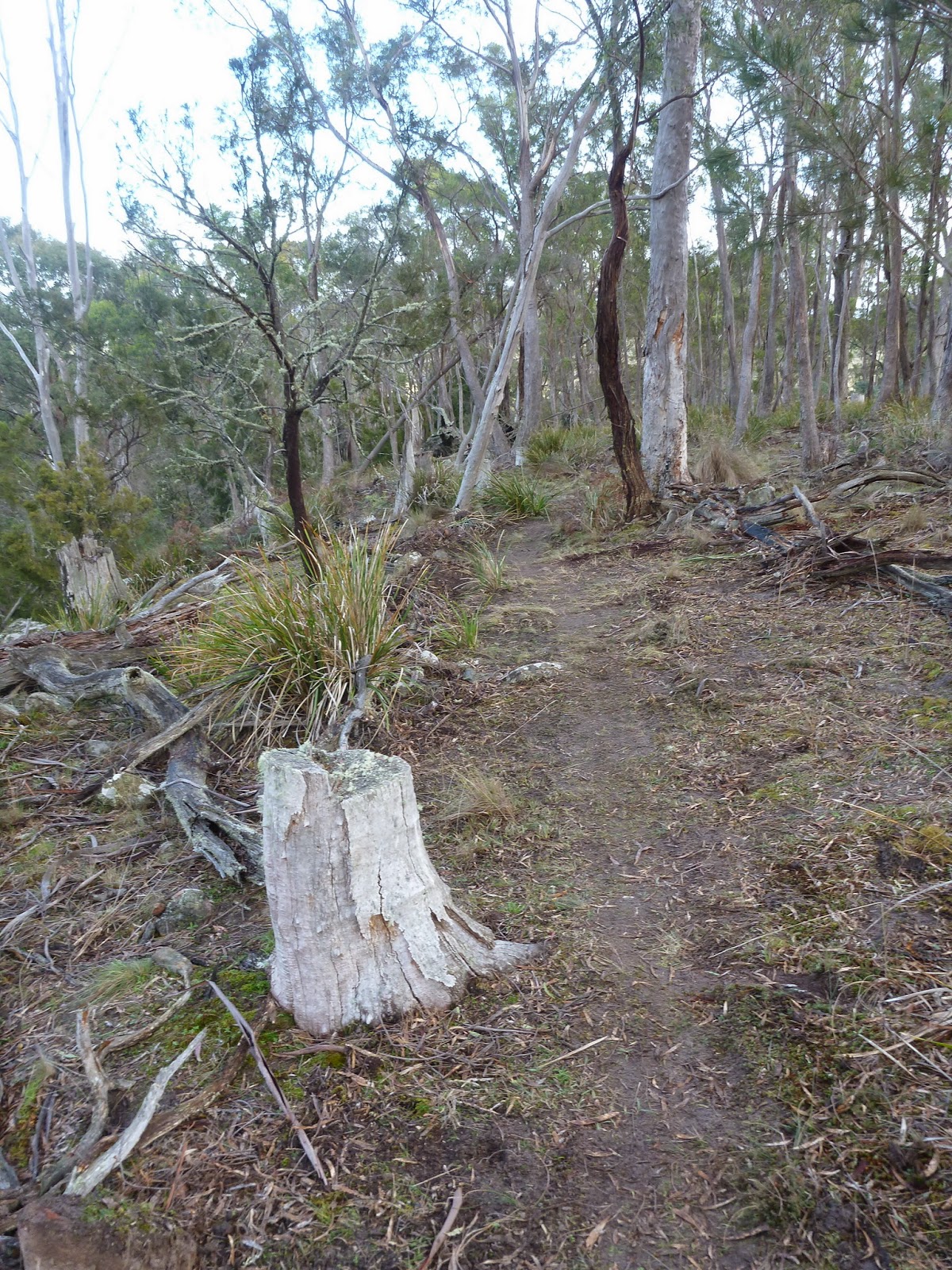 I had the tracks all to myself  … 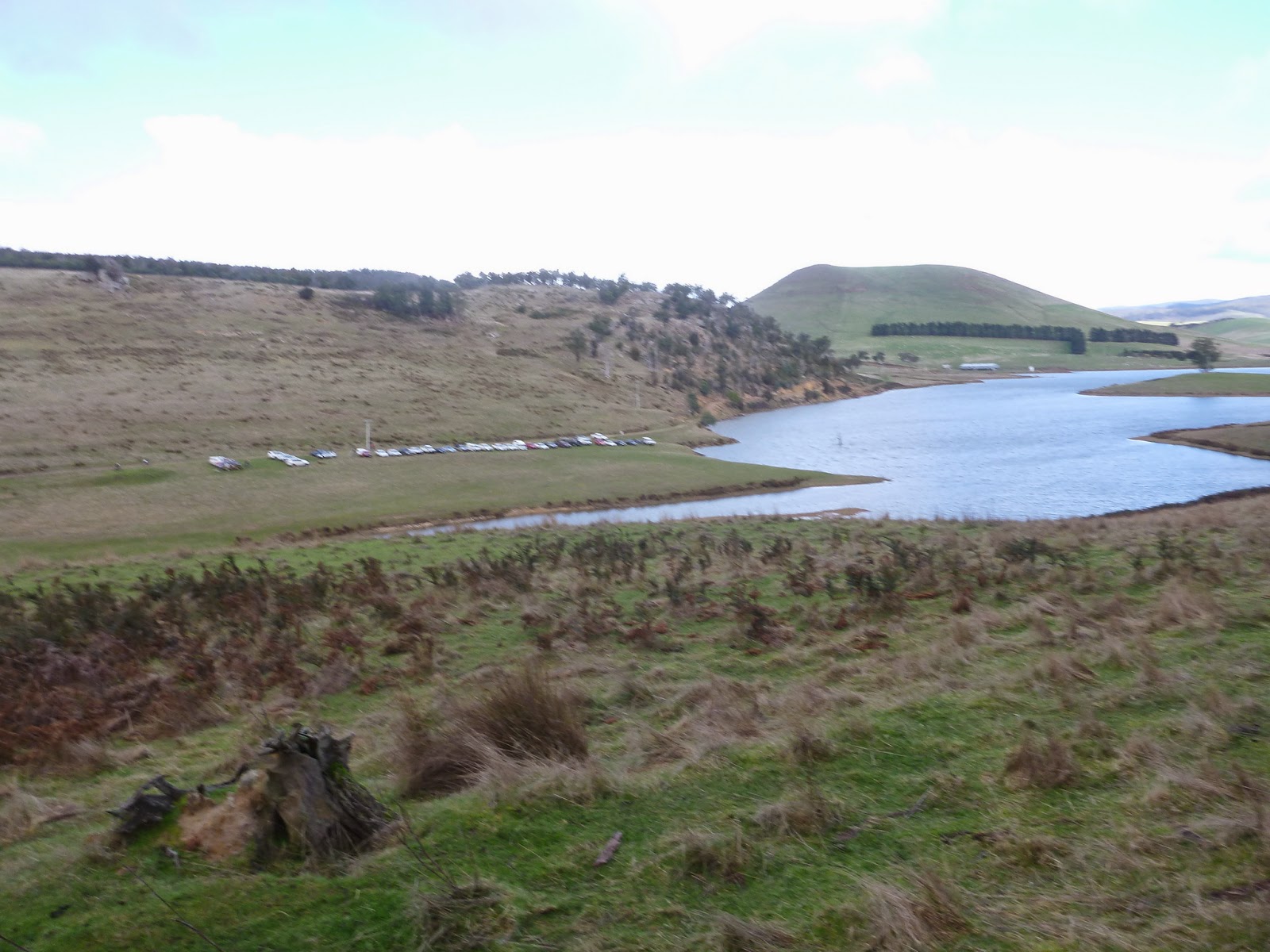 … where I got lost one last time as I tried to figure out which way I was supposed to go across the paddocks.

And that was my Pickles Hill ride.

Not surprisingly, because of my unrealistic expectations that I’d actually be able to ride the route, I didn’t really enjoy my time on Pickles Hill, but with a bit of time and distance, I do appreciate what amazing work the trail angels have done on that hill to put together the right combination of single and double trail with a challenging track that will really reward those who can ride a bike, whilst providing an enjoyable challenge for those intermediate riders who are just there to do a few laps and have a great day out …

Damn … I was about to say that it’s not however a track for ramblers, but having just written the above, I think I may have just talked myself back into going back out there for the race.

The Pickled Rambler may be back …