I like heading off and doing remote and challenging rides … like my recent sojourn to Lake Spicer.

I like that when things go wrong, like heading out for a ride early yesterday morning only to find that I had brought two mismatching shoes and one of them doesn’t have a cleat attached … 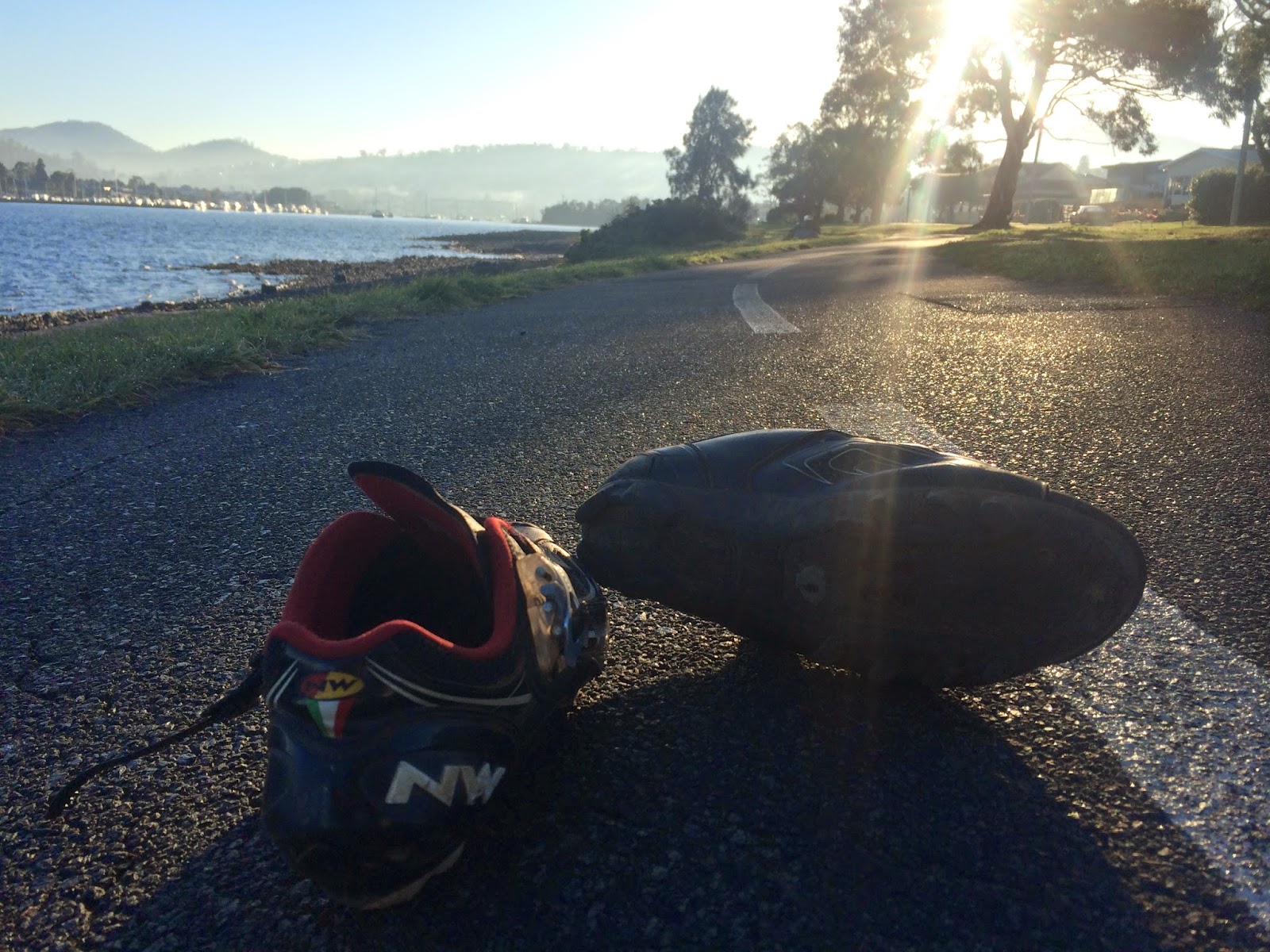 … that I still find myself sitting on top of Pelverata Falls that afternoon watching the solstice sun head towards the horizon before racing darkness back to my car ..

But the rides I love the most by a long, long way are the ones that surprise on the upside and that just give me so much pleasure. 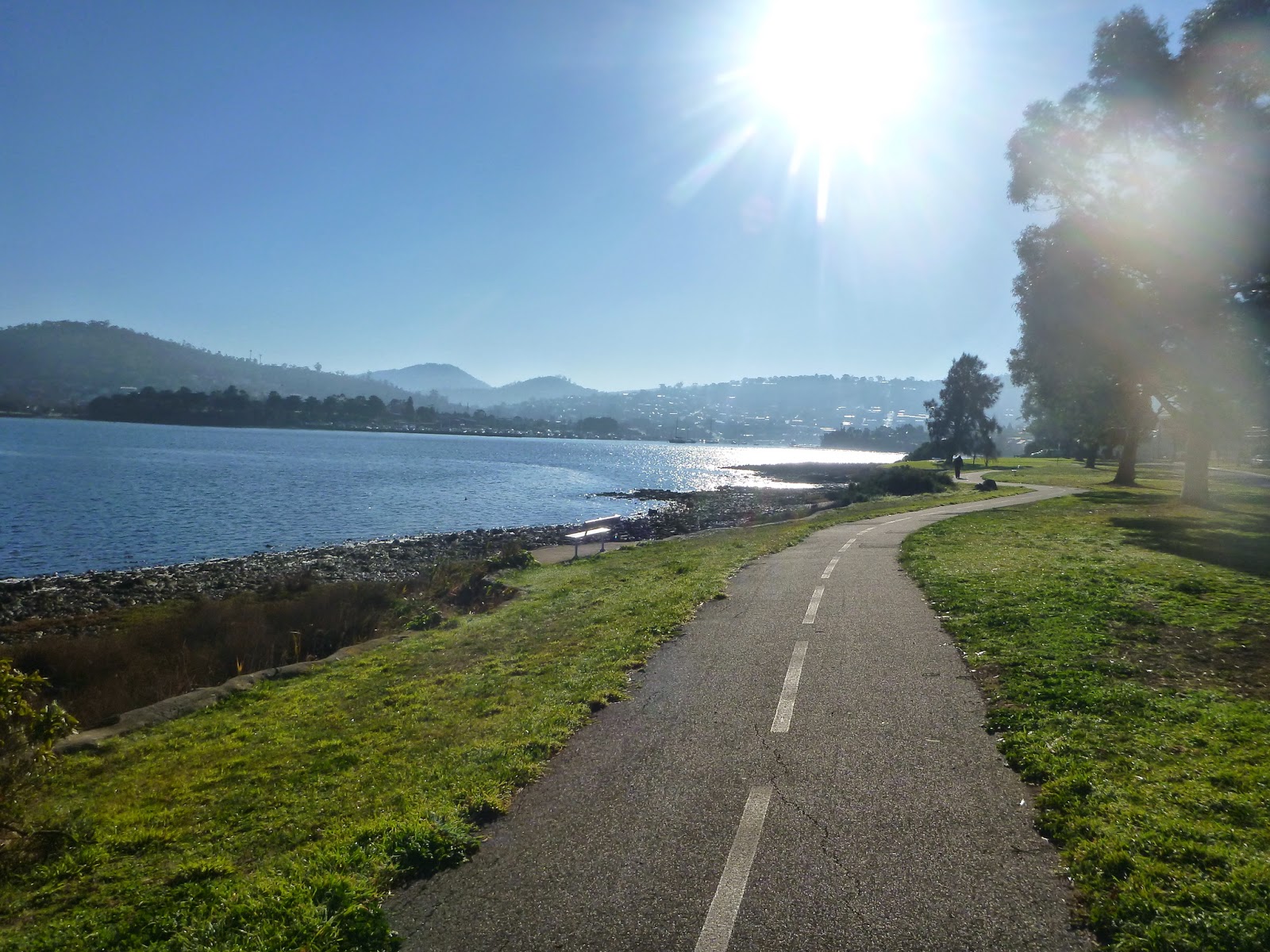 Like today’s ride around the Charles Darwin Trail which actually started out as a planned ride combining the Clarence Foreshore Trail with the Meehan Ranges and Pilchers Hill, but somewhere along the way I just got distracted exploring little dead ends and whatever trail was in front of me and so ended up doing a smaller loop instead.

I started from near the bridge in Lindisfarne simply because it was somewhere to start, and I set off back towards the bridge and around to Bellerive. 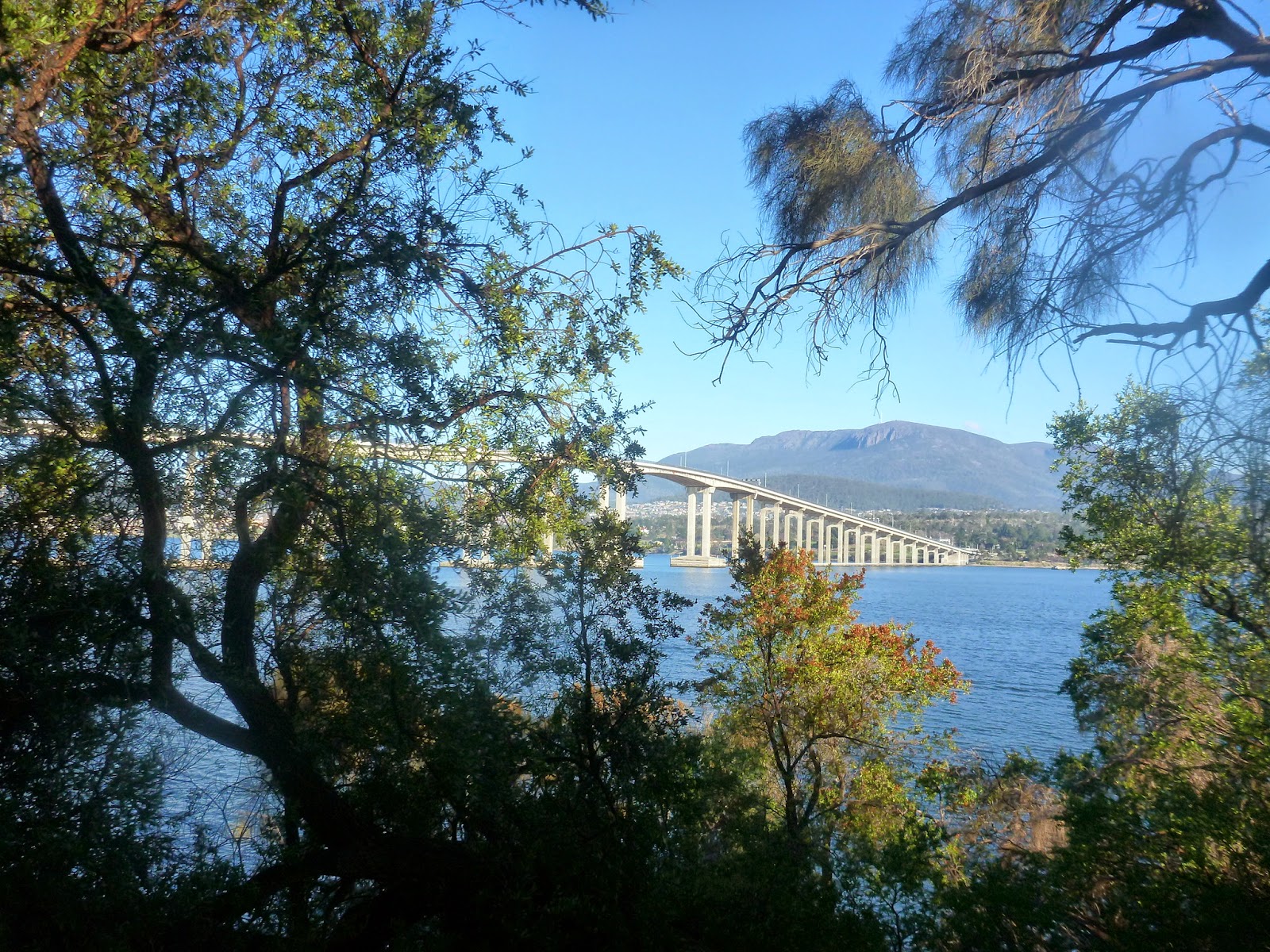 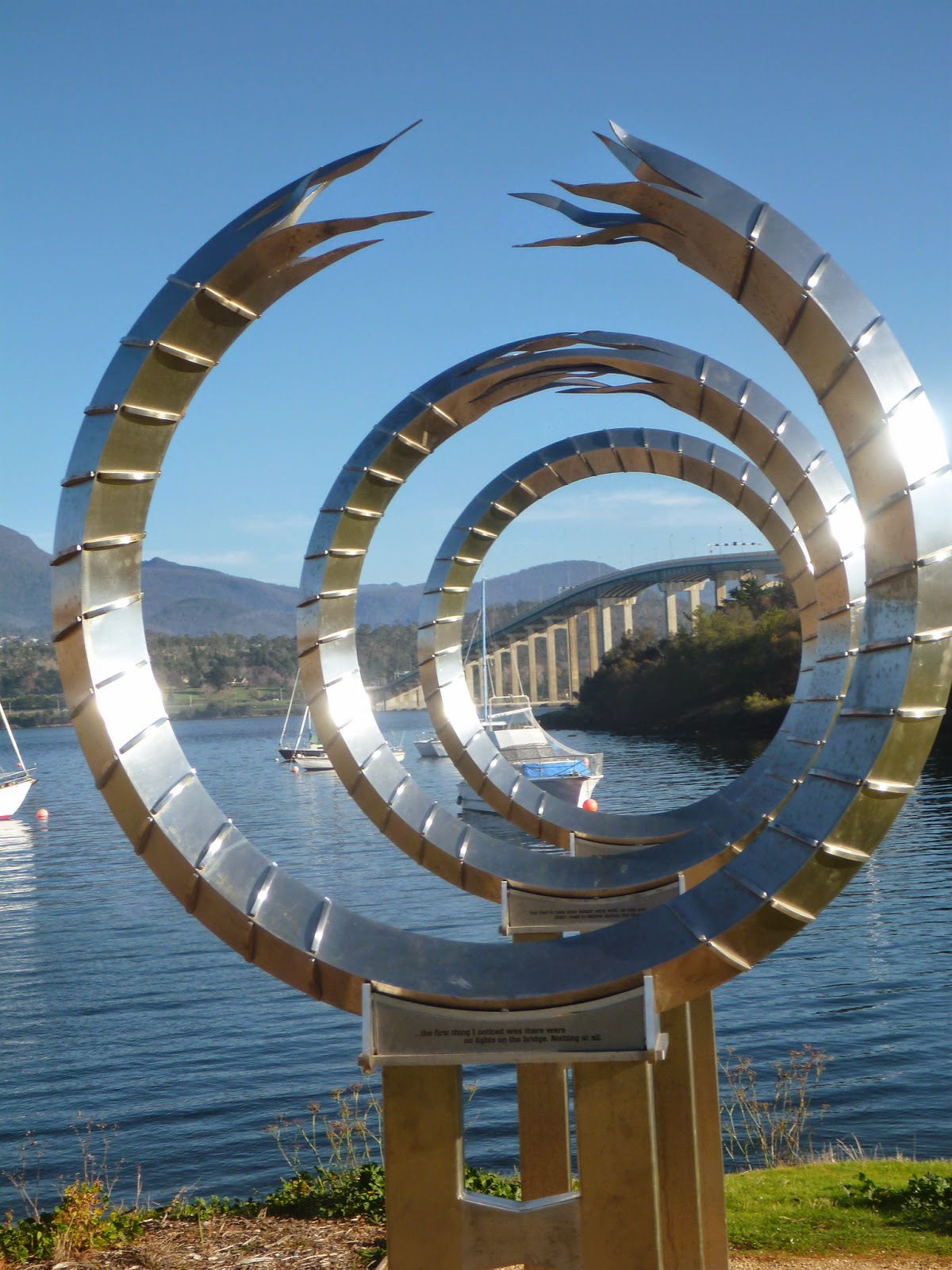 It was brilliant to see all the families that were out on their bikes, or in one case I passed a family of five who were all out running together, and I think it was this as much as anything else that got me to settle into a more relaxed pace and really just got me enjoying all the little things around me and took away my intention of covering distance. 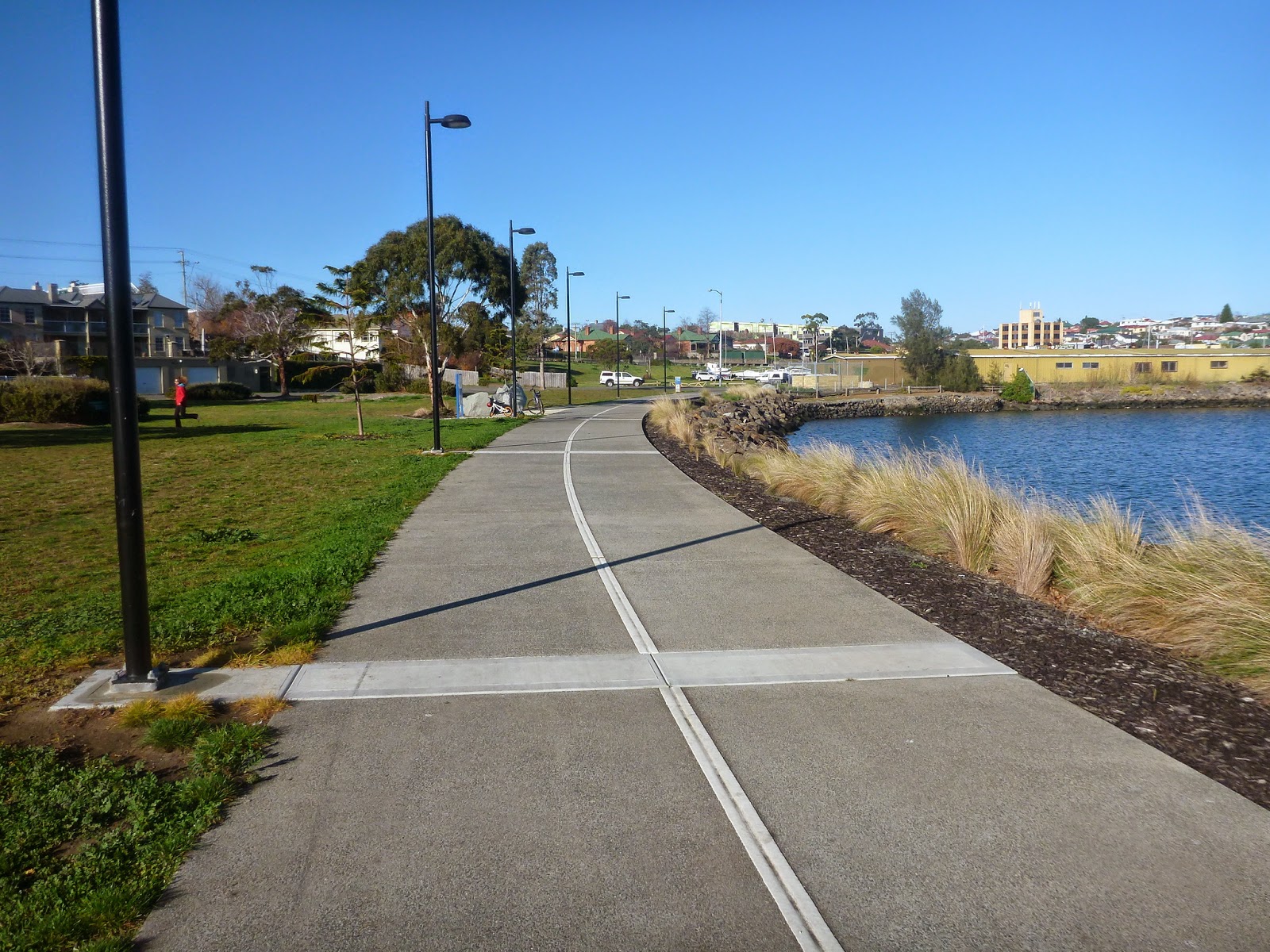 It’s been a while since I cycled around this way, and I was very impressed by the new sections of track around Bellerive and connecting Bellerive Beach with Howrah Beach.

I got a little bit lost trying to find the way to Waverley Park near the Shoreline Shopping Centre… well more truthfully I took pretty much every wrong turn imaginable (hint: turn left into what looks like someone’s driveway just past the Petrusma Real Estate Office and once on the driveway you’ll see a path that runs through to the next street) … 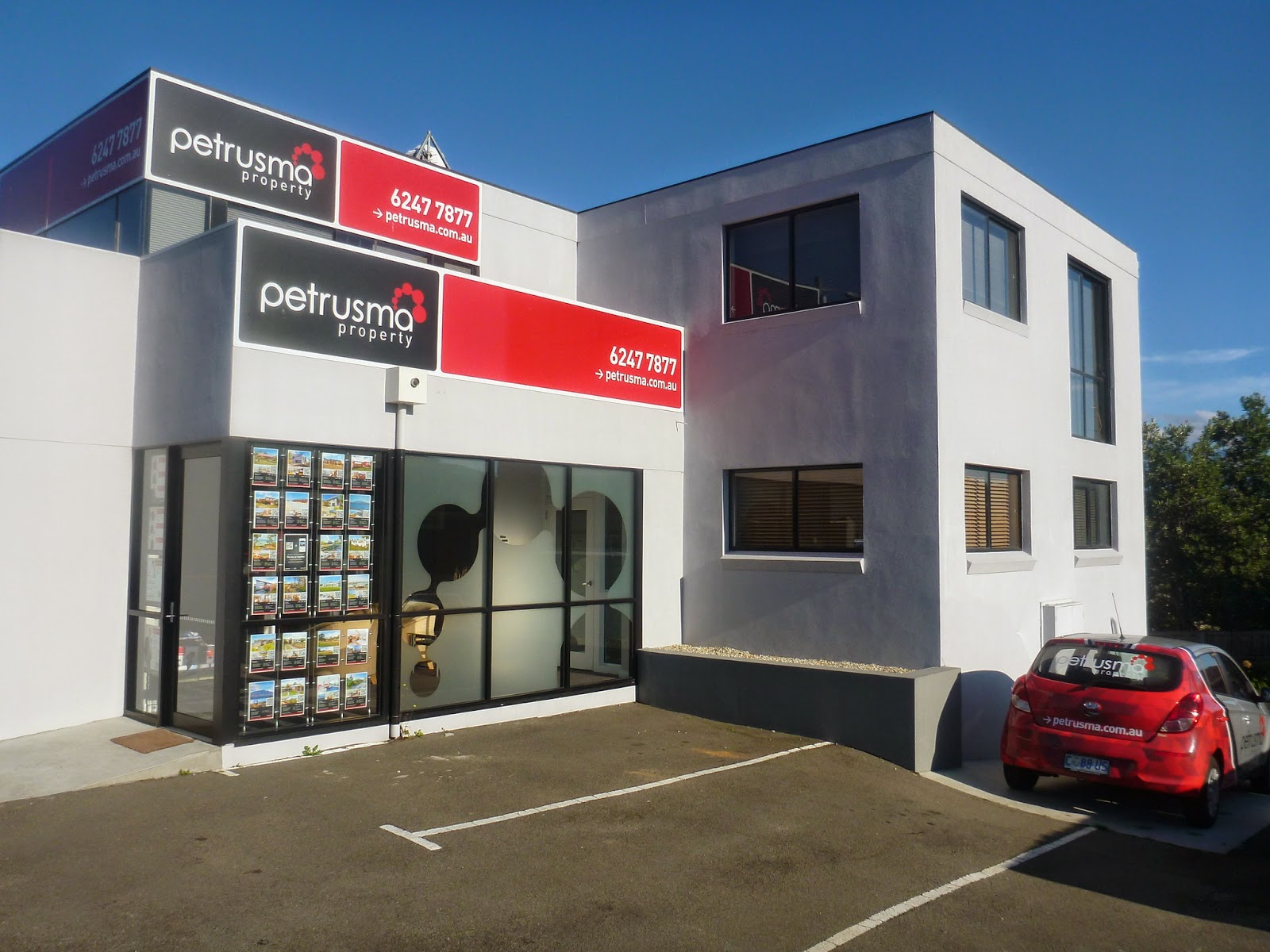 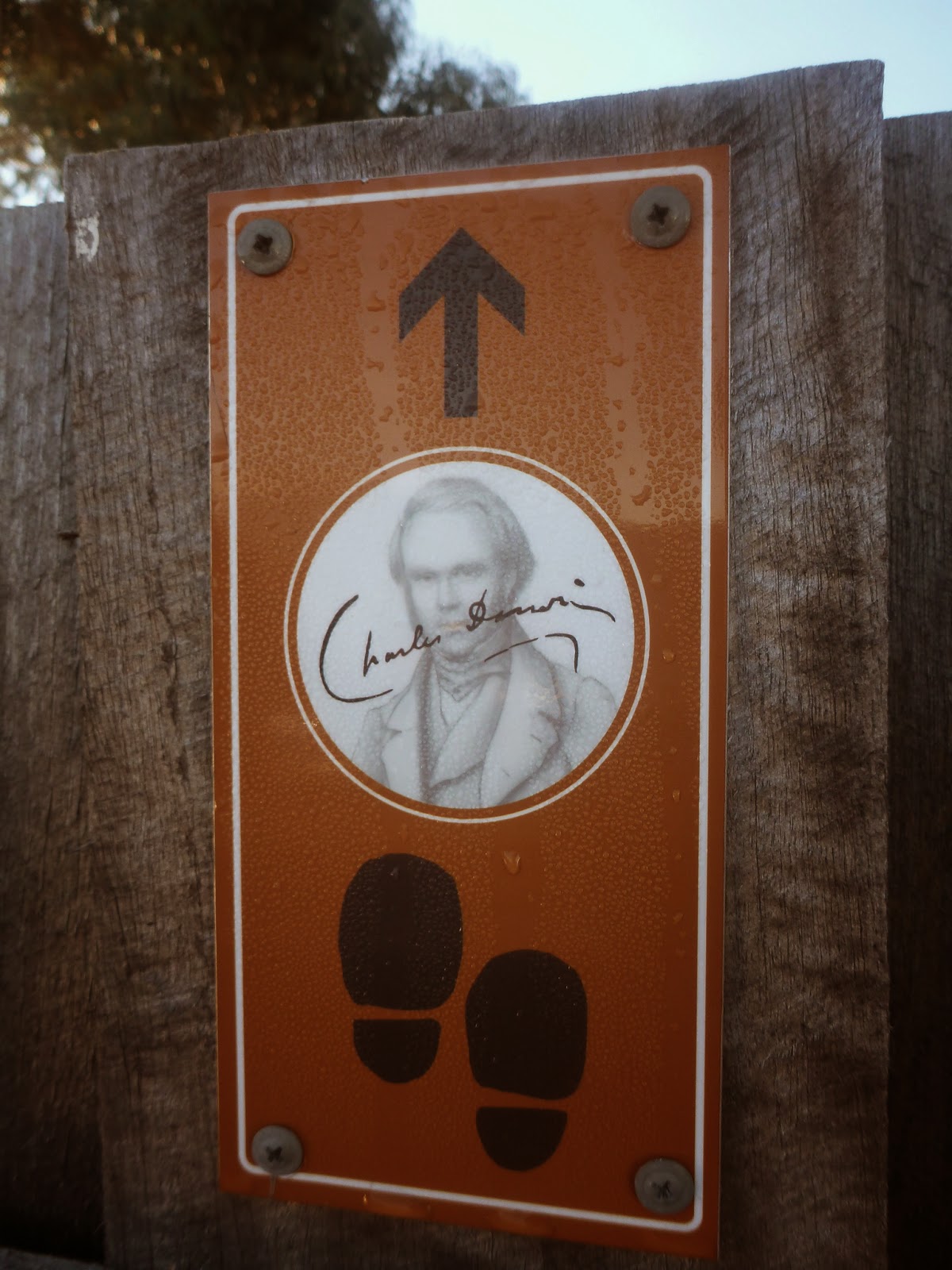 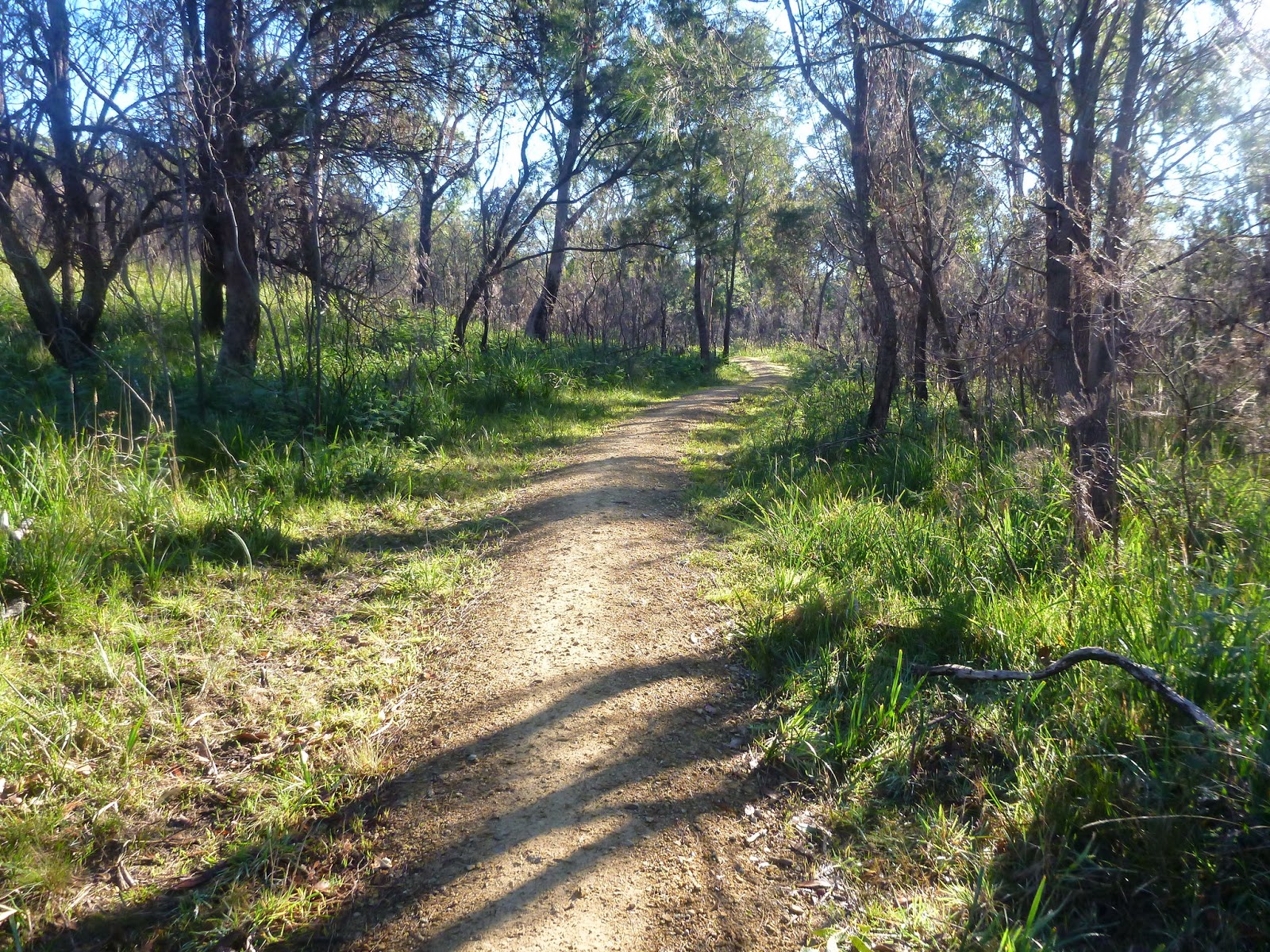 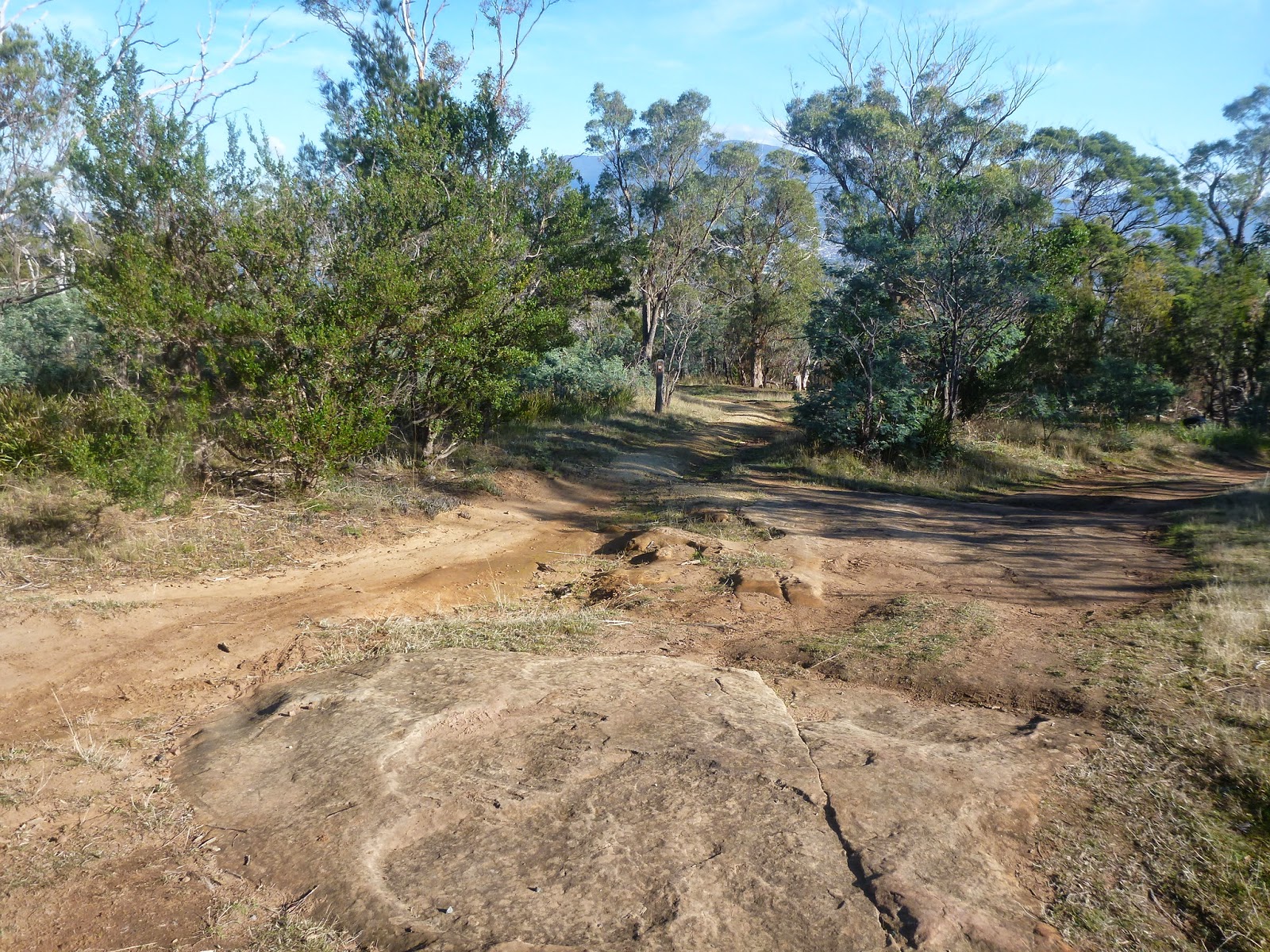 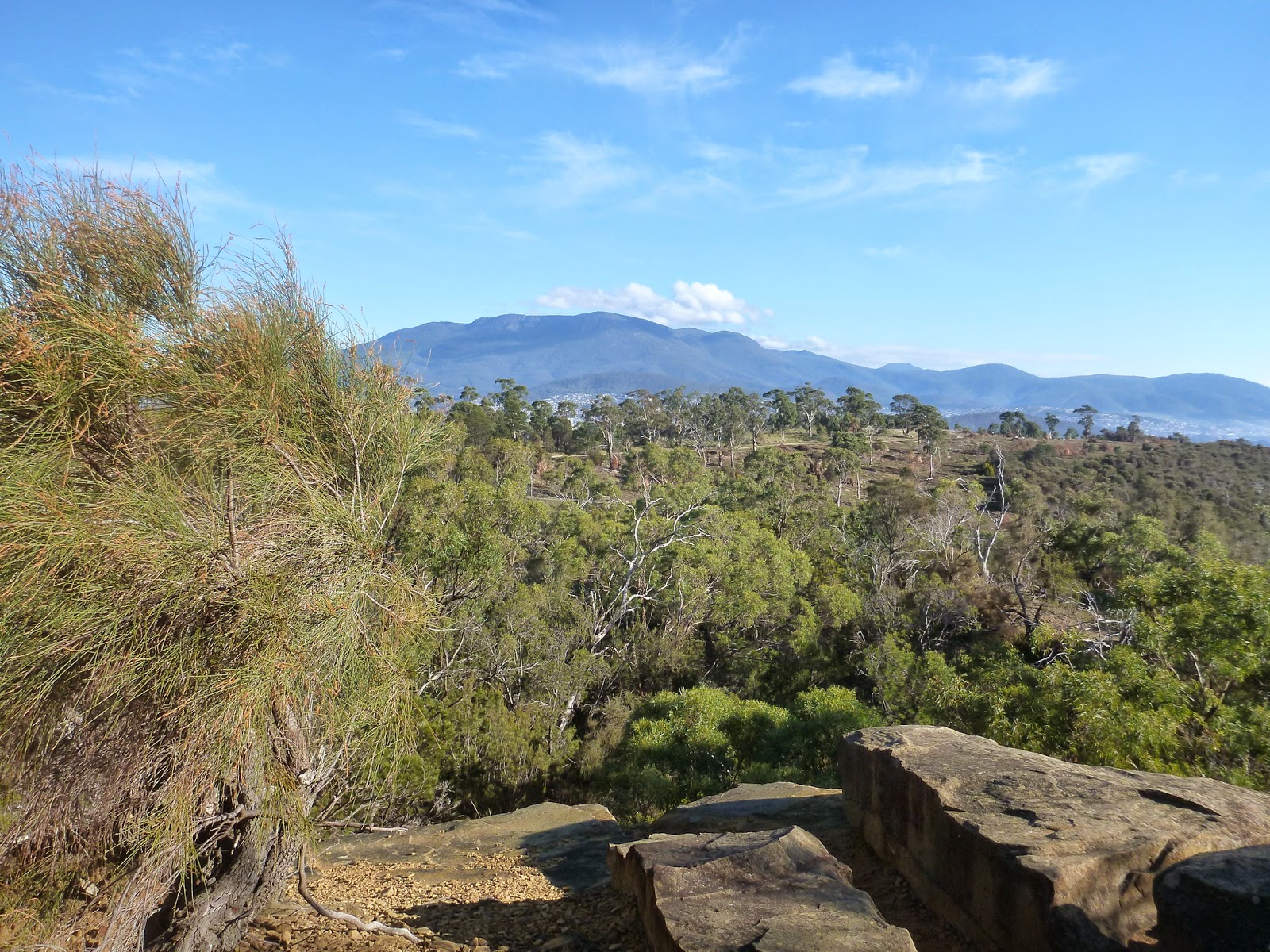 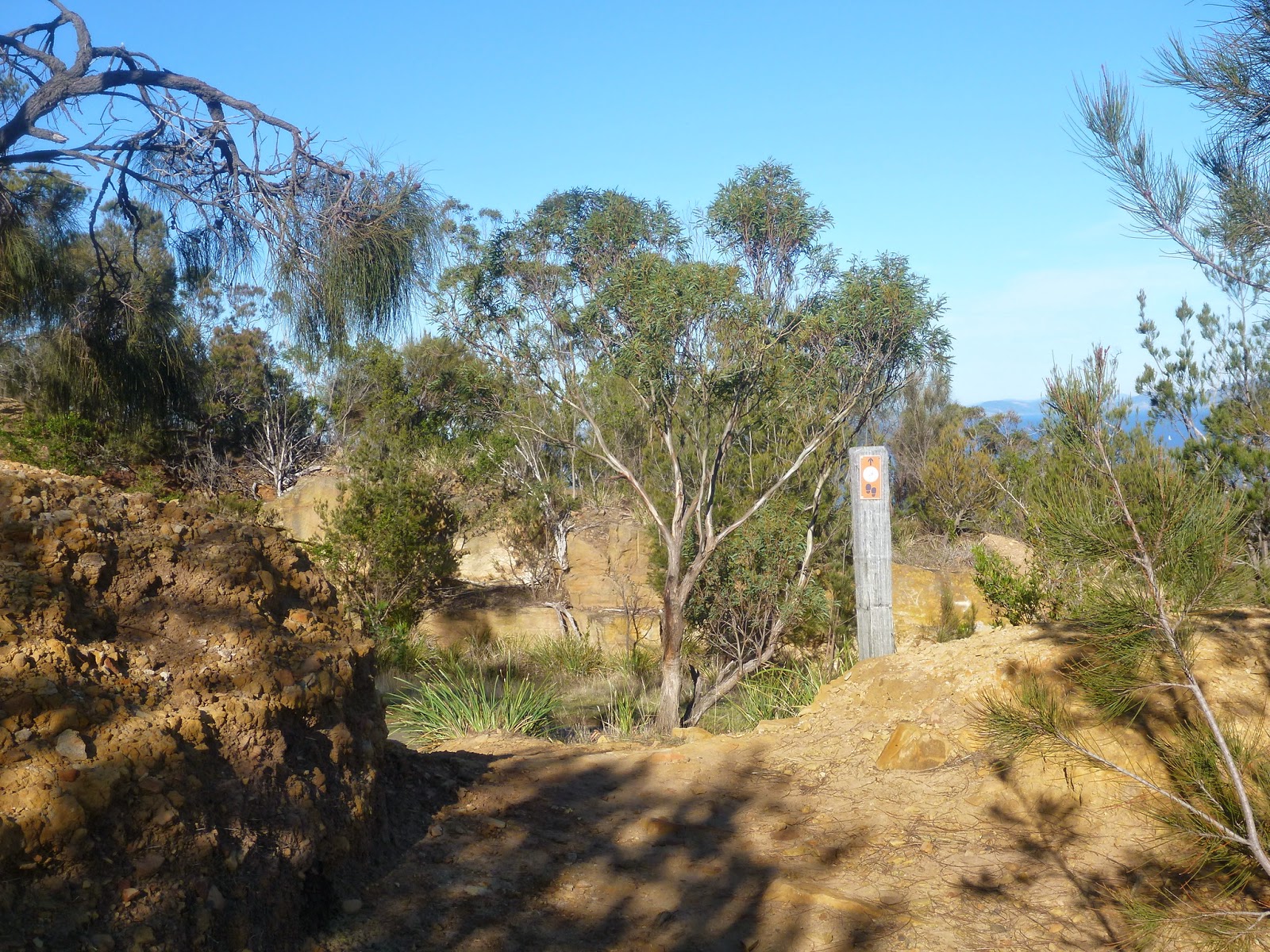 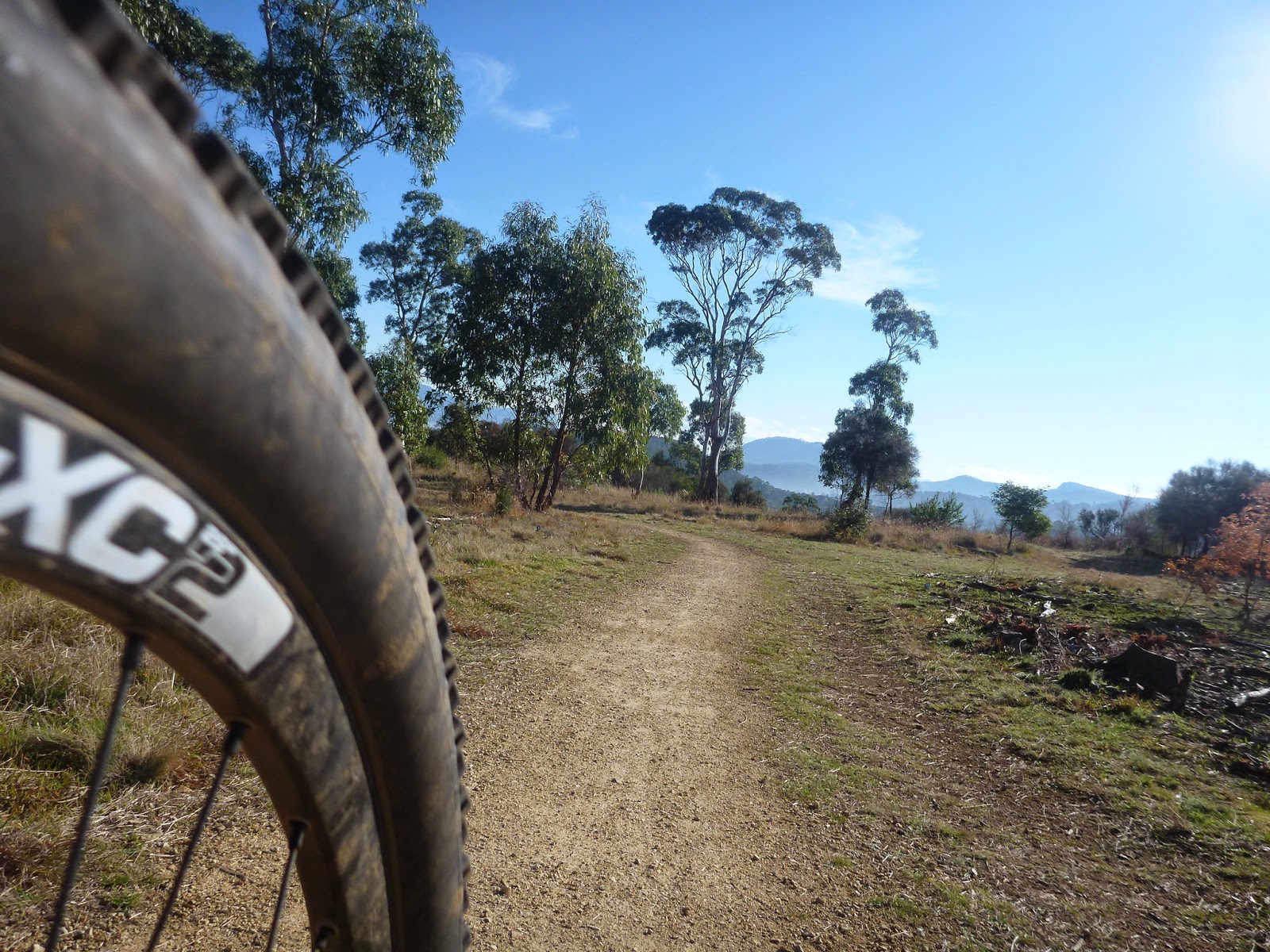 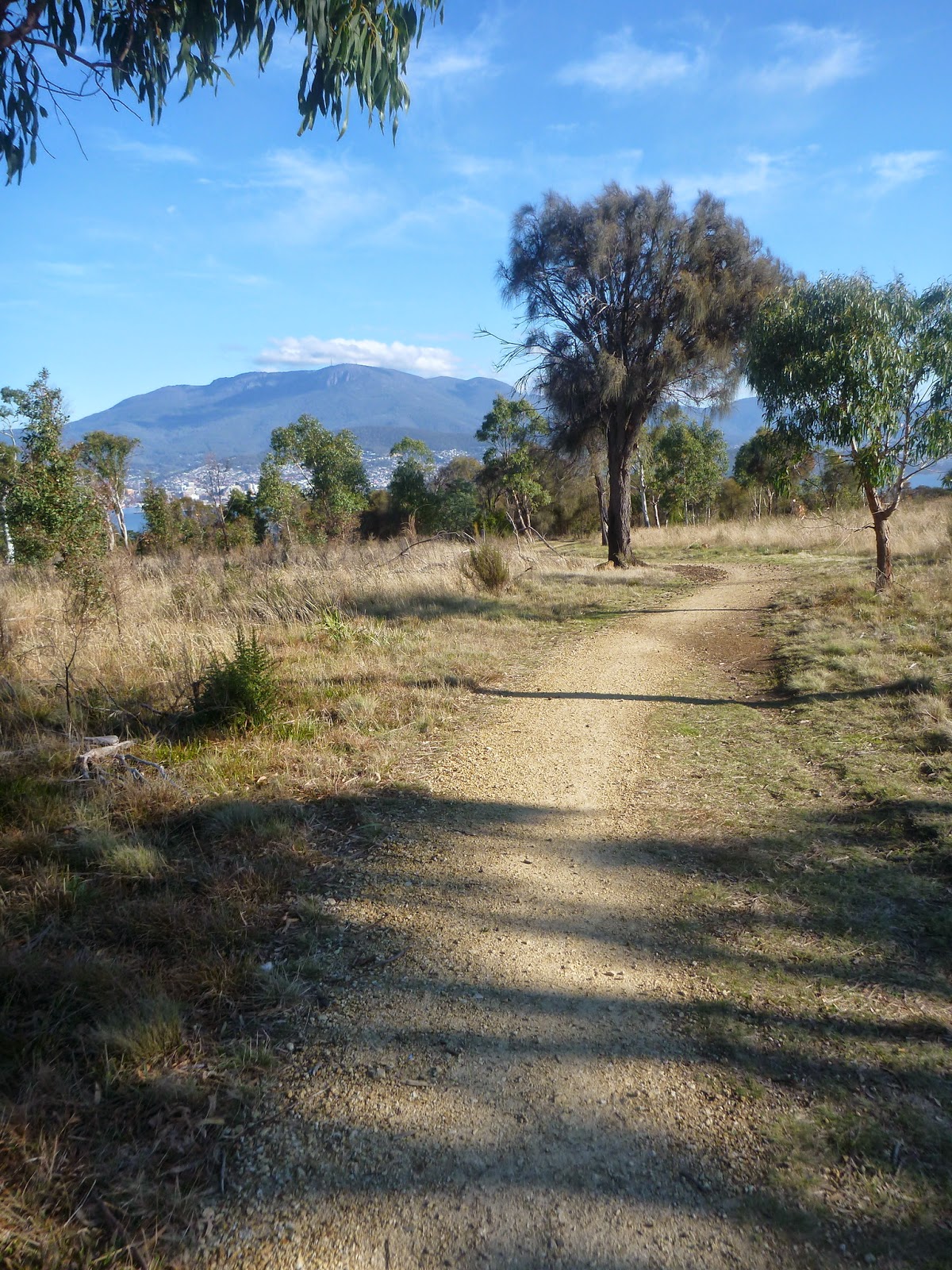 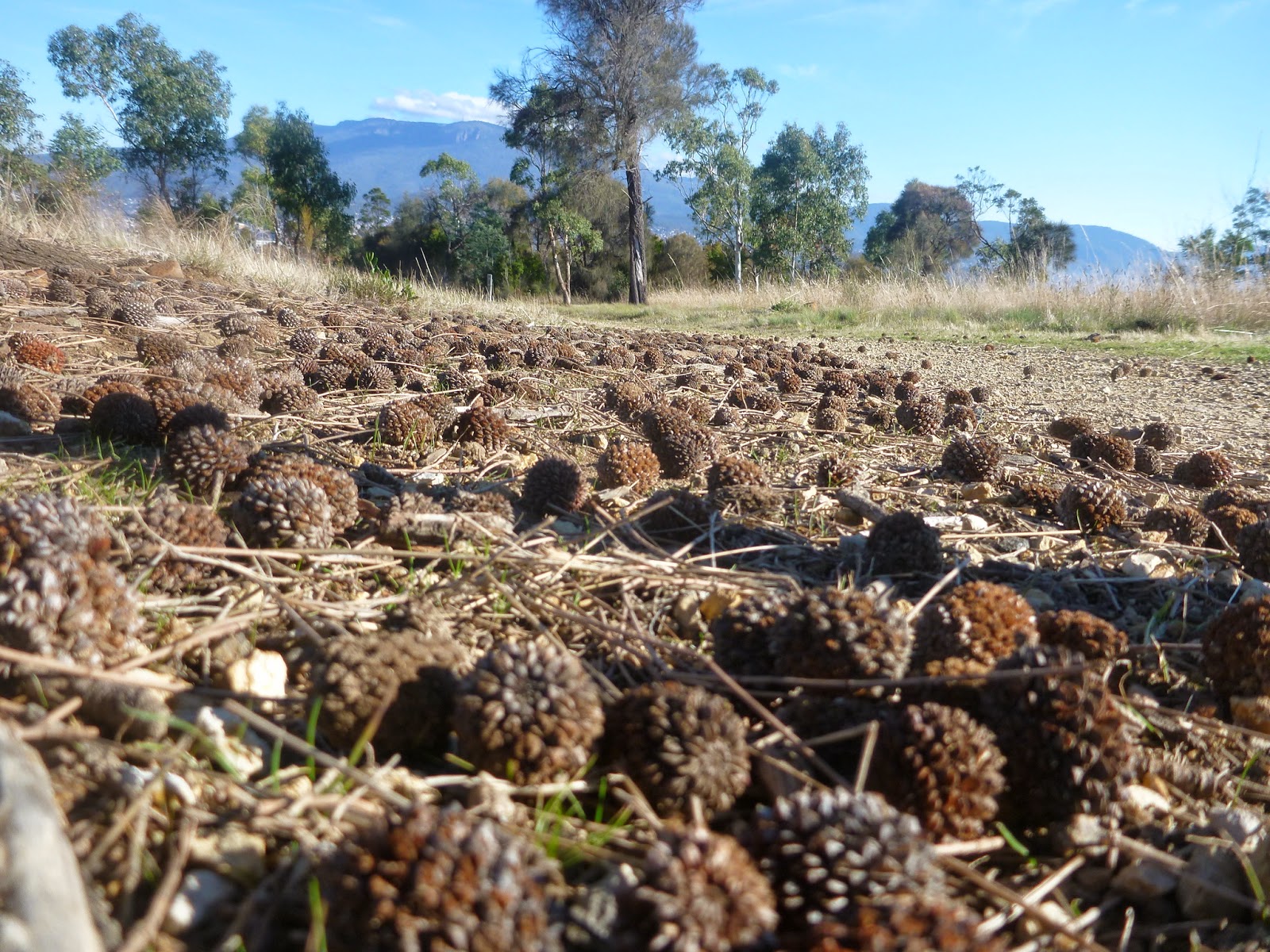 The Charles Darwin trail must be one of the most under-utilised tracks in Hobart, but it’s a great climbing grade and a wonderful descent (but this is a recreational ride with too many other users for pace).

Once over the other side of the park, I followed the track out onto the road and descended down towards Eastlands and then, on a whim, cut around Gordons Hill Road and onto the Gordons Hill track itself via Selby Place. 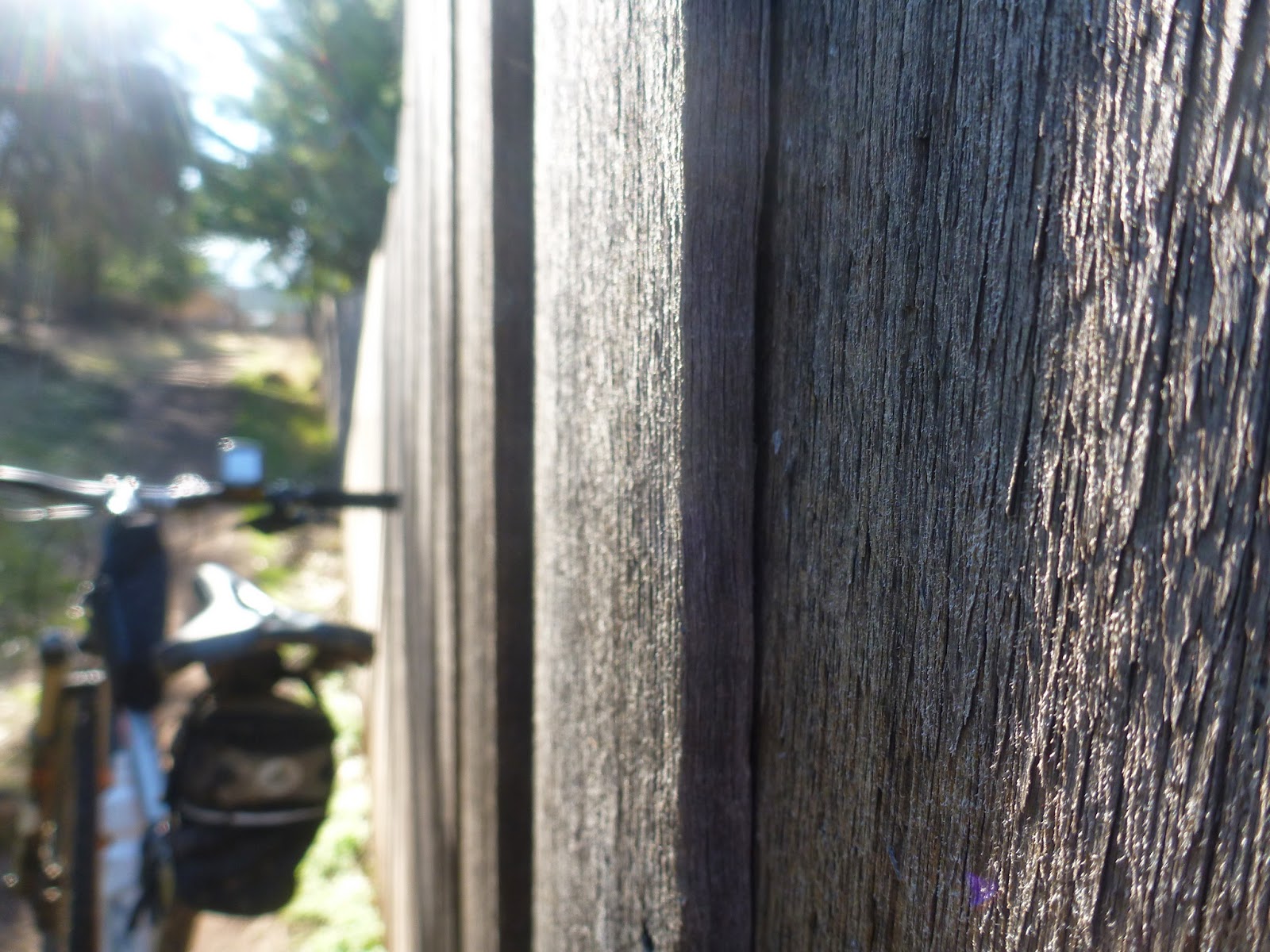 Now here I have to admit that although I’ve ridden around parts of Gordons Hill on several occasions, I’ve never actually ridden around the north eastern side of the hill and so that’s where I headed today with various plans in my head of either trying to find a way to cut across through the streets to Sherwood Court where I could jump onto the Pilchers Hill trail network, or failing that, cut through Lindisfarne and onto the Natone Hills trails … but instead, just as I got around to the NW corner …  my chain snapped (again).

Which was a little bit annoying. 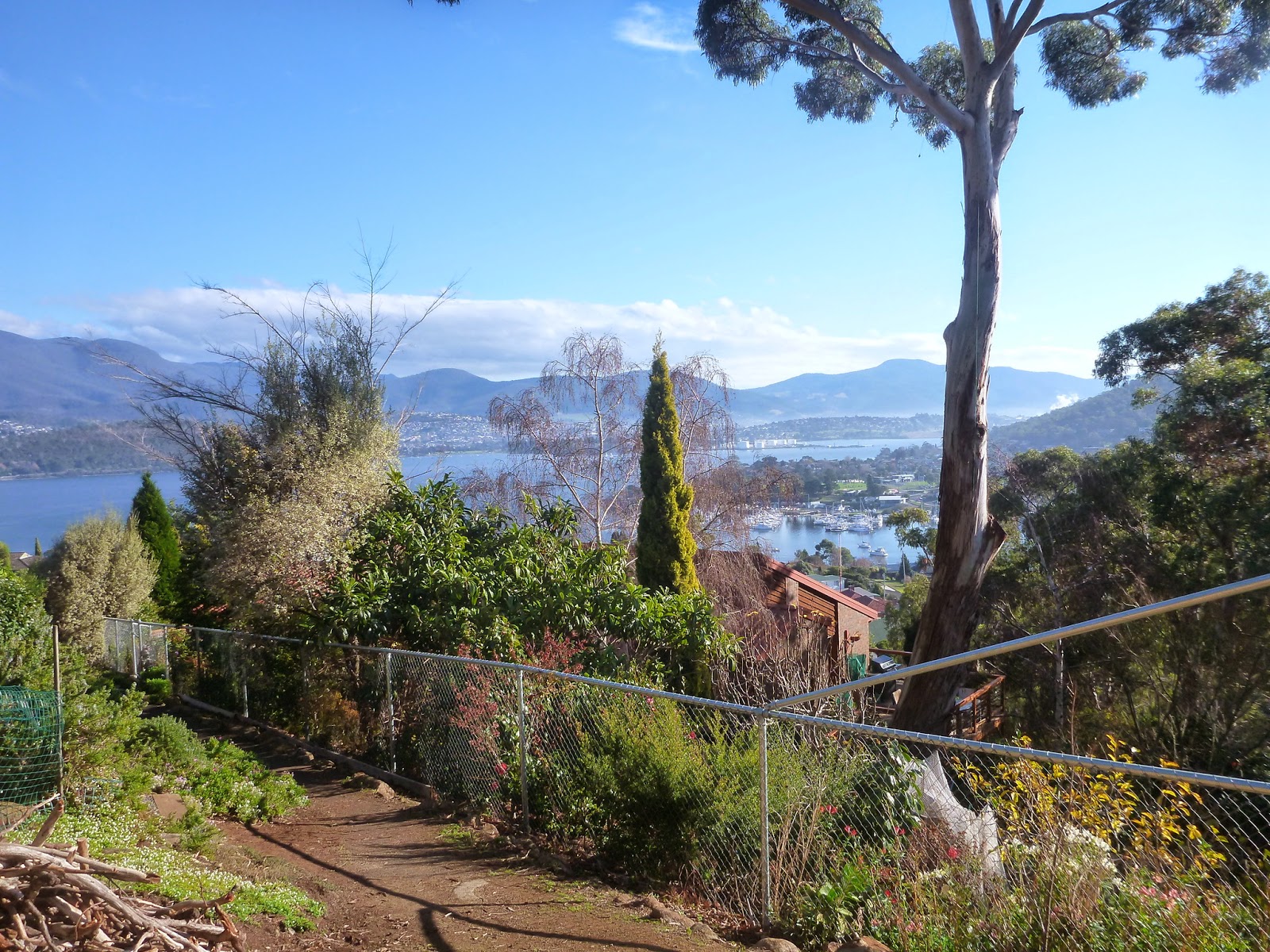 Fortunately, I figured it was all pretty much downhill back to my car if I pushed my bike around the hill towards Rose Bay High School and then headed straight down from there … all downhill that is except for all of the uphill bits … 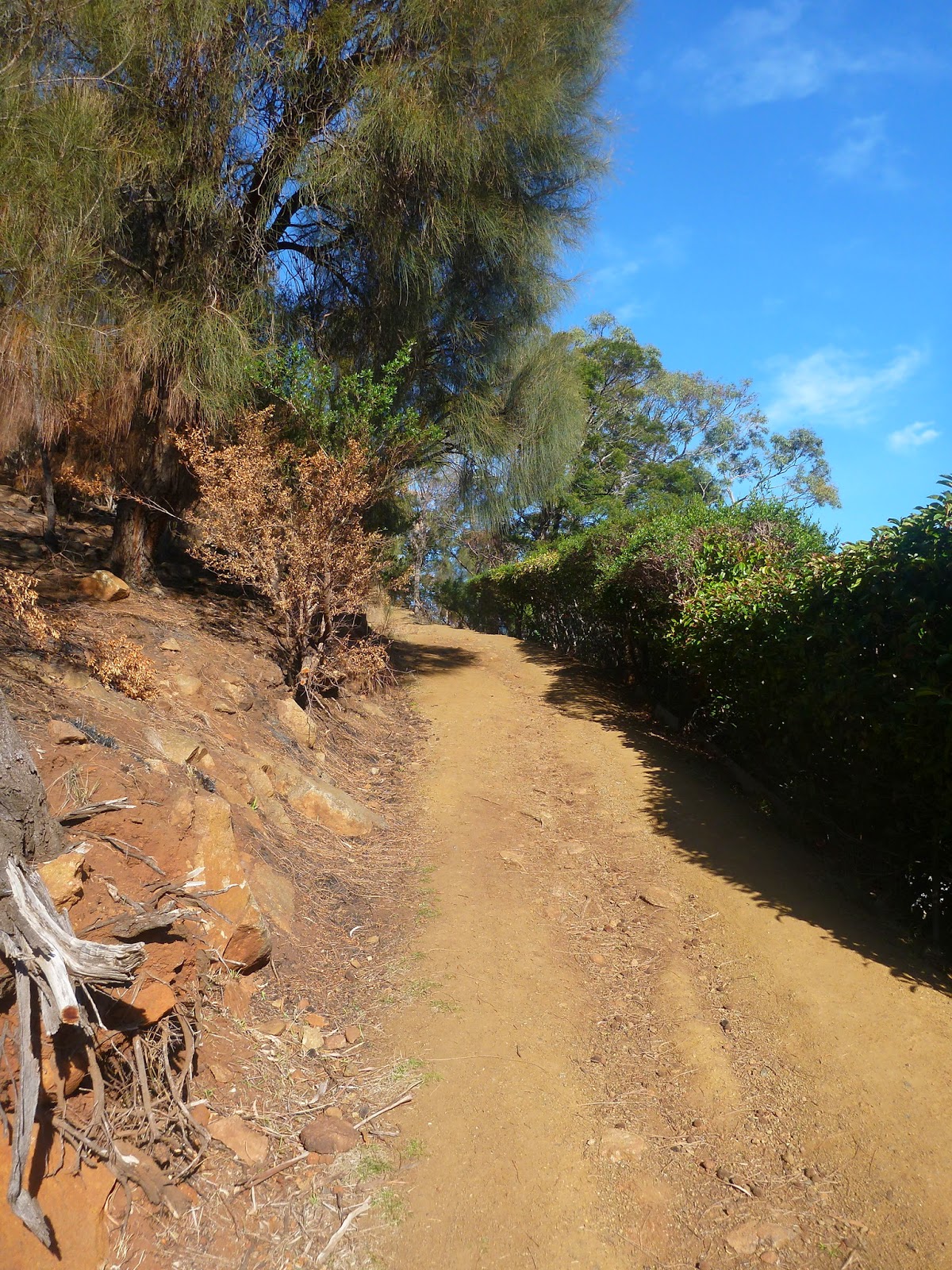 It was at this point (where I took the photo above) that I remembered that I was actually carrying a spare chain in my backpack (I know, who does that) and so five minutes later, with a brand new chain on my bike, I was off again heading around the hill, just checking out any trail that took my fancy and which ultimately led me up to the top of Natone Hill and then back down the other side.

At this point (as I was now chasing my tail) I headed down into Lindisfarne and finally back to my car. 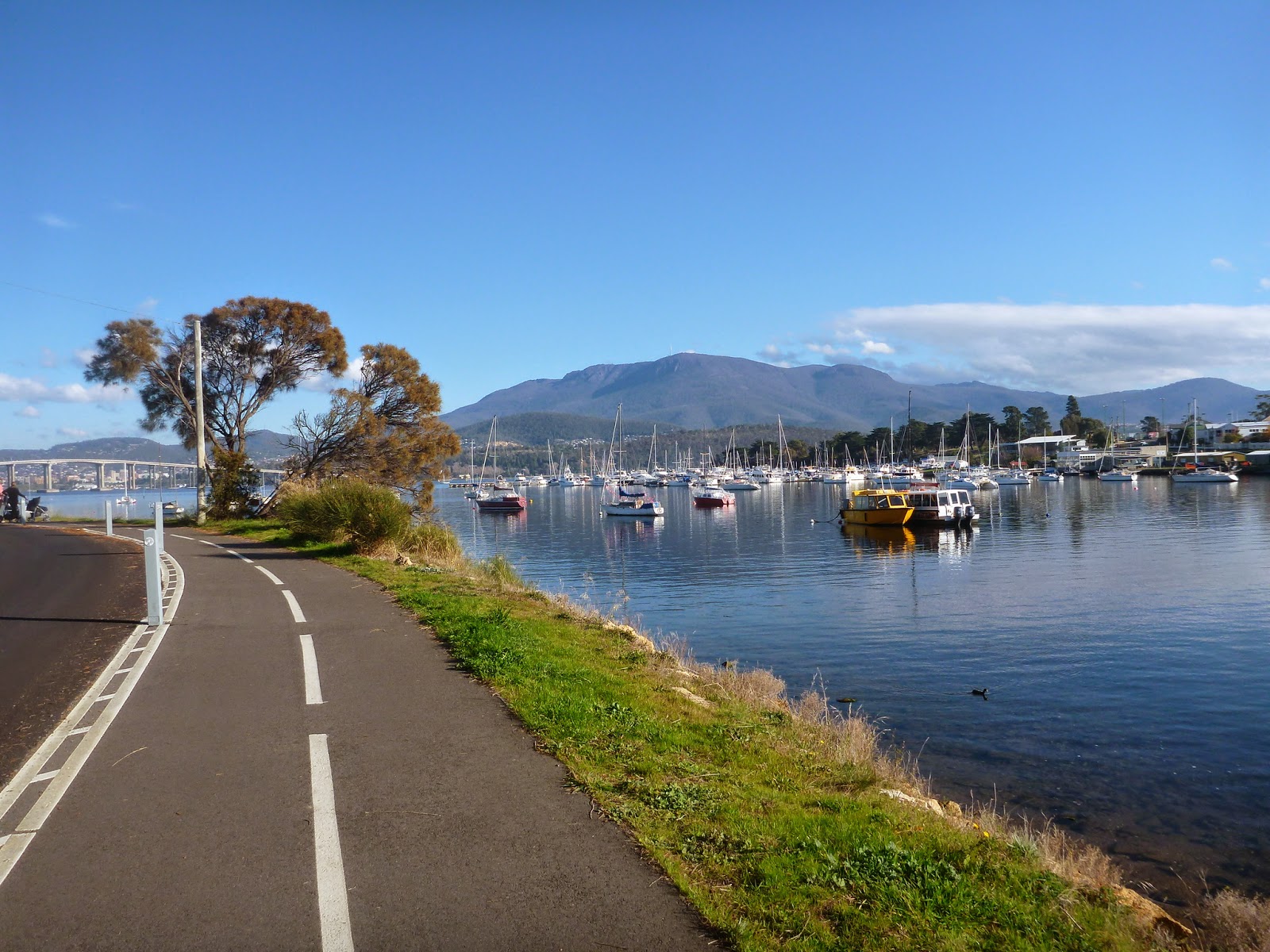 Yes, it may not be an epic day and probably more than half of the days riding was on sealed bike paths and roads, but I got happily lost, I backtracked, I discovered new trails, I got to see another side of cycling, I enjoyed the sun and I just enjoyed my time on the bike.

And that’s one of the best kind of days there is to be had on a bike.