After our last trip to New Zealand, I posted a Cyclists Tips Post where I mentioned that WiFi access was pretty good in New Zealand with MacDonalds everywhere having free WiFi.

However, whilst sitting at a table near Fox Glacier watching Kim gleefully consume the towns entire stock of Pork Crackle …. 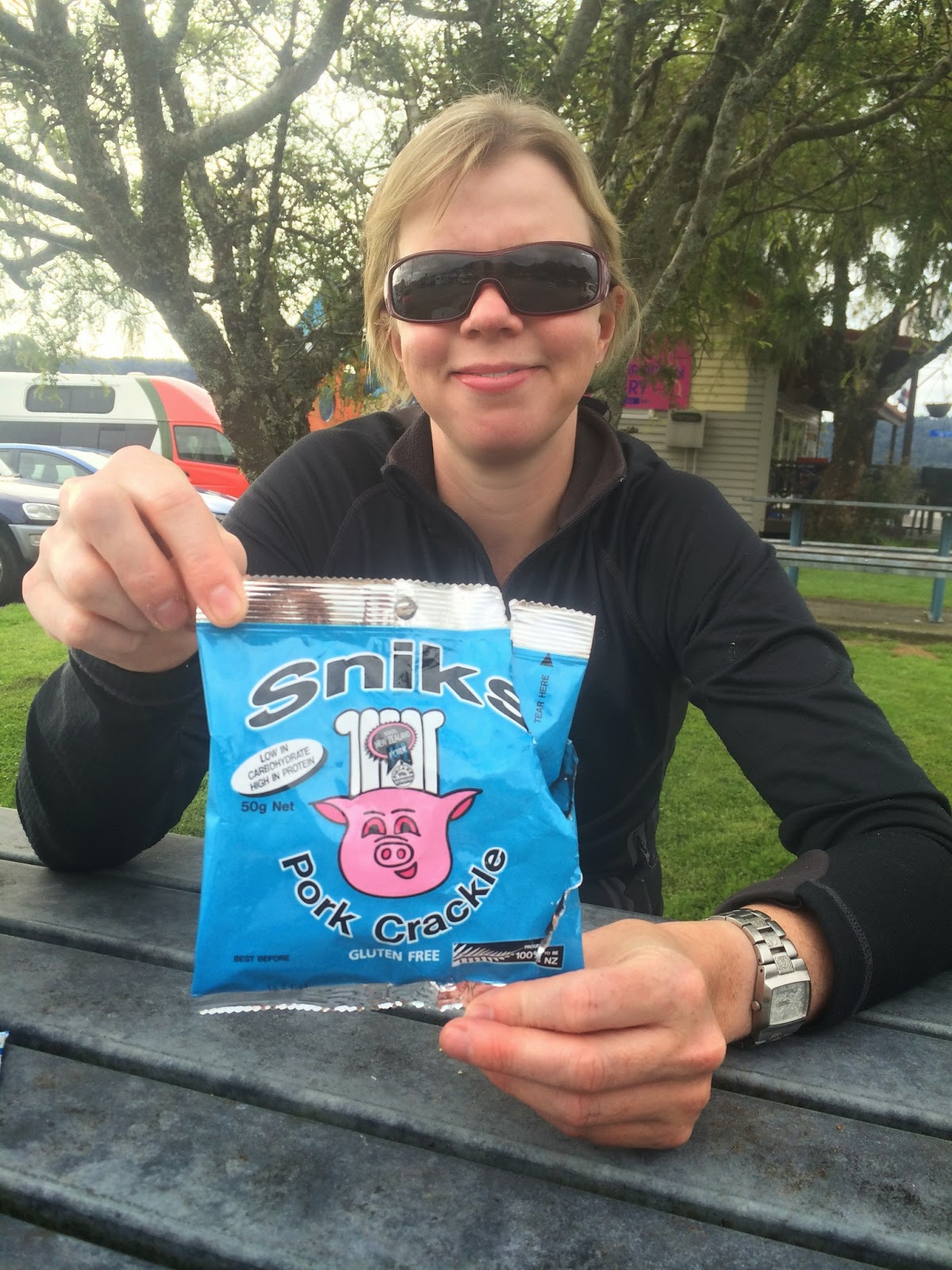 … I discovered that I can now access the Telecom free wifi (for seven days) which is available at nearly every public phone in New Zealand.

Have I mentioned that I love New Zealand … almost as much as Kim loves Pork Crackle.