Kim was over the other day and it was one of those wet, rainy days, so we were inside and I was on my laptop doing a few things and she was on the couch behind me texting one of the monsters on Skype.  It was whilst I was engrossed in my own world that Kim piped up and said “I think you should get another laptop so I can talk to you when I’m here.“

Now normally this would have alarm bells going off in my head because even I get that a statement like that is code for Kim saying she had come all this way to spend time with me and I was ignoring her.

But not this time …

You see I had recently been introduced to the ‘how do you put a giraffe in the fridge‘ quiz, and so I knew that I tended to overthink things (if you don’t know what I’m talking about do the quiz – it’s quick) and secondly Kim had just recently made the point to me that she is a pretty straight shooter and that she calls a dog a dog and a spade a spade. 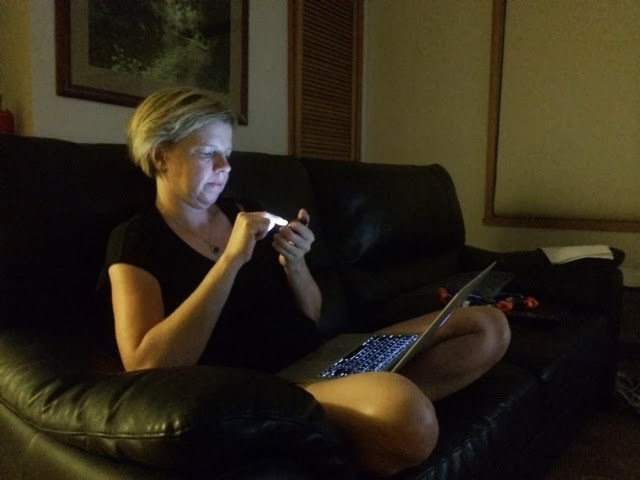 .. Yea, I probably don’t need to say anything else other than that sometimes a dog isn’t a dog, a spade isn’t a spade and a Macbook Pro is not what your girlfriend wants for Valentines Day.
If however anyone reading this has a second hand entry level ocean ski that they might be interested in trading for a hardly used (and apparently ridiculously expensive) Macbook Pro ….  apparently we’d be very interested.