It had been months since we registered for the Raw Challenge, and we were both looking forward to it big time …

But standing at the starters chute, looking out over what we could see of the course as we waited for our wave to go, Kim opined that this all looked a bit more lame than she was expecting with not even a water slide in sight.

I had to agree, but (not wanting to actually appear to be agreeing) I instead boldly stated that this was why I was wearing a white T shirt – so I could see if any mud got on me at all. 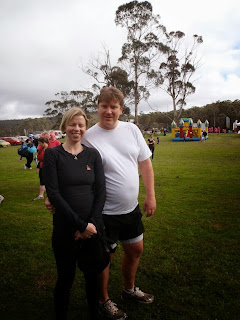 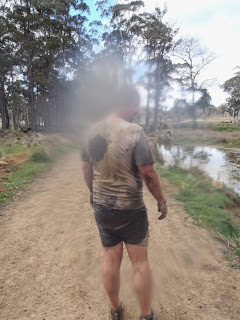 And as for there not being a water slide … yea right 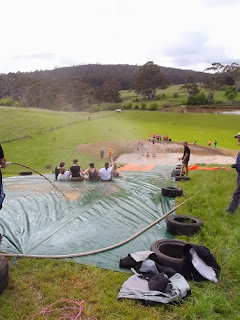 Seriously, if you didn’t get out to the Raw Challenge on the weekend, you missed out big time on some great fun … 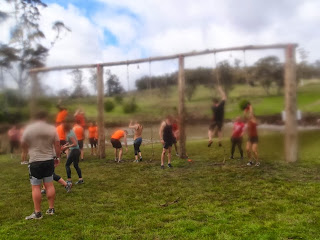 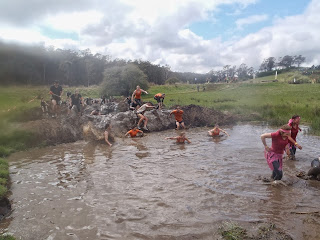 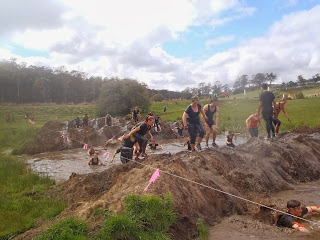 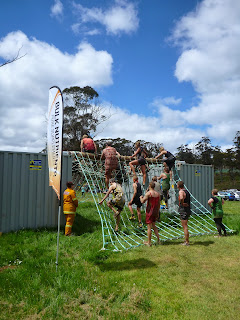 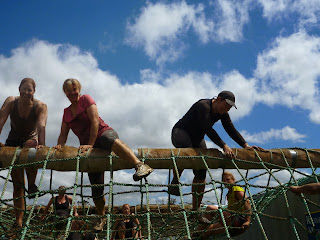 We tackled pretty much every obstacle, though we didn’t always win.  Even I have to admit that getting over a 4 metre wall would have been pretty hard with just the two of us, but I did make it over the 1.6 metre wall and gave the 2.5m wall a try.  Kim seemed to have a particular talent for moving quickly through mud and crawling through pipes, whereas I managed to get over a few of the higher obstacles that she decided weren’t worthy of her attention.

But it wasn’t a race, it was a challenge, and we did it … 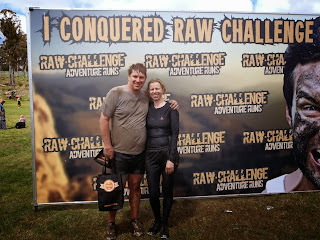 … and it was not lame at all, in fact I’m pretty sure that we’ll be there for the re-run in February 22nd next year.

This time though we may leave the car keys back at the registration booth instead of carrying them around with us.

Yea, you can always be assured I will overlook the obvious in whatever I do. 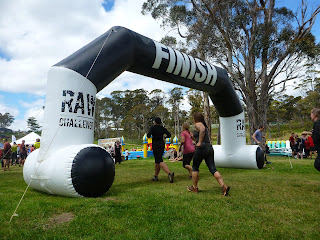