This weeks lesson in life is that you can’t go around hyping Kim’s kids up about what’s on at the Hobart Show and then expect not to have to take them there. 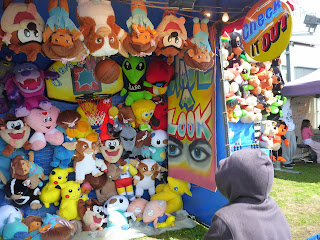 I honestly didn’t know that, but I do now and the outcome of this was that for the first time since I was a young kid, I went to the Hobart Show.

I had very low expectations, and they weren’t hugely exceeded, but they were exceeded which made it a good day.

On the downside, the animal shows have really gone downhill,  there only looked to be a dozen dogs in the sheds when we went there, there weren’t that many more cattle, and when we went and visited the cat display all the poor kitty kats were hiding wherever they could …

But Markus and Zara got to spend an hour (yes, a whole hour) walking around choosing their show bags and Markus (much to everyone’s surprise but his own) actually won a prize by shooting six basketball hoops in a row. 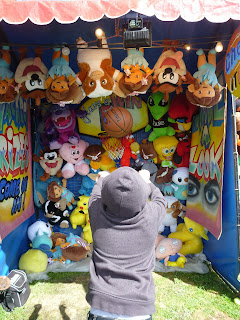 Unfortunately the guy then tried to rip him off by giving him a dodgy little lion (you might notice all the cooler toys on display in the photo above) but Markus decided to take the money prize instead.  I like that kid.

We put the Kids on the gee whizzer, because Kim thought it was the “kids one” … 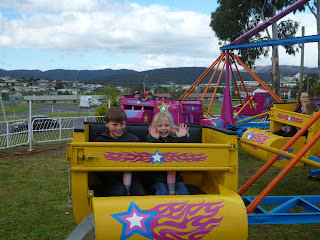 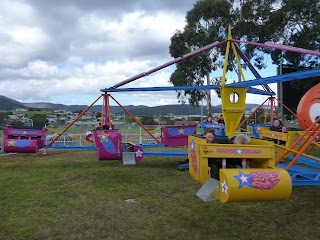 … and as the speed increased, big smiles and waves turned to bowed heads and looks of growing fear.

But the real highlight was the dinosaur petting zoo that was the main reason we’d come here. 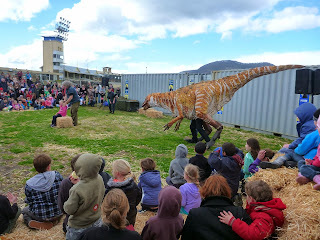 It was a brilliant show, really fun for kids and adults and definitely worth going for. 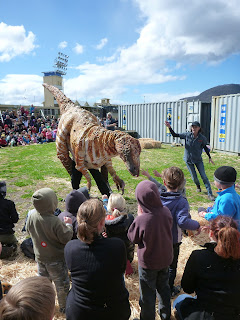 One last visit to the showbag sheds and that was our day at the show.

The surprising thing is that I reckon I could be convinced to go back again … in around 2023.