I was excited even before I got to Geneva about Mont Blanc.

I saw it from the train as we were heading along the lake and I was just mesmerised. 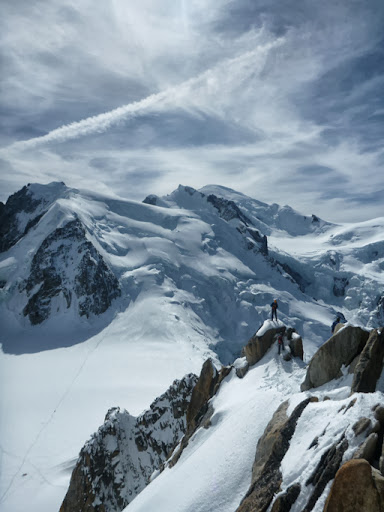 Albeit that I’m now thinking that I should of probably come here straight from Salzburg.

Actually that’s not true, the weather forecast all around the Alps was pretty grim last week (and annoyingly is again from Thursday onwards) so maybe if I were in Bavaria now I’d be waxing lyrical about those Alps.

Ah, the delicious taste of uncertainty. 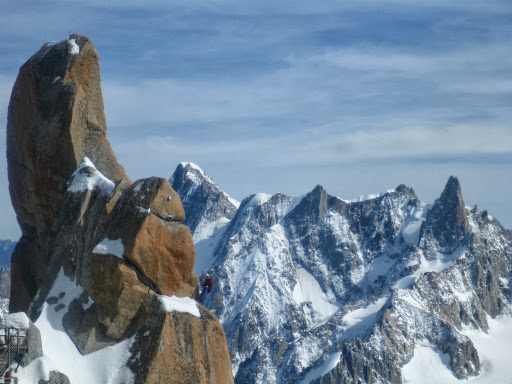 So I got to Chamonix a few days ago and I just liked the place and so have felt no great reason to move on, heck why would I when this is the view from the table where I’m sitting typing this blog … Excuse me why I take a photo … 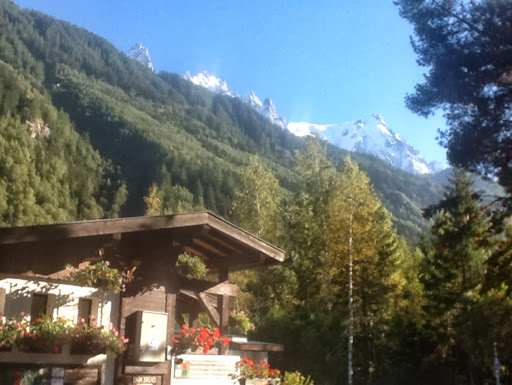 I caught the cable car up to the top of the Aiguille de midi yesterday and spent about five hours just wandering around the lookouts, watching climbers, hikers and paragliders (one of whom almost got swept off the top) doing their thing and just absorbing what we as humans can do when we are at our finest.

It made for a wonderful day … 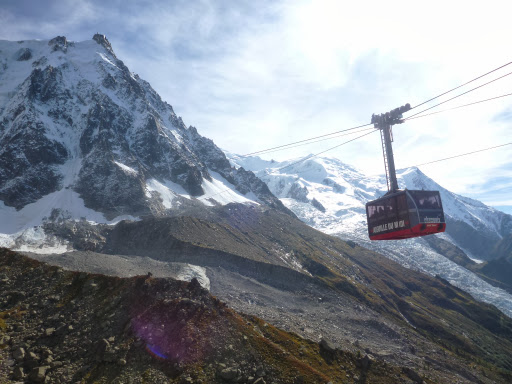 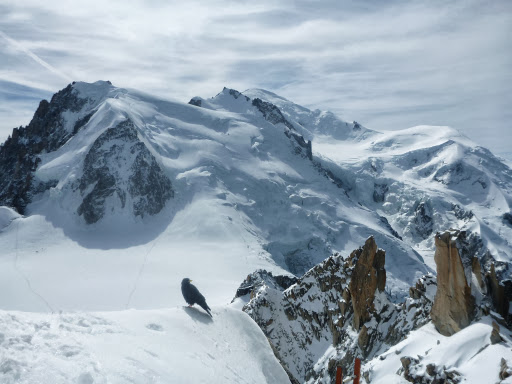 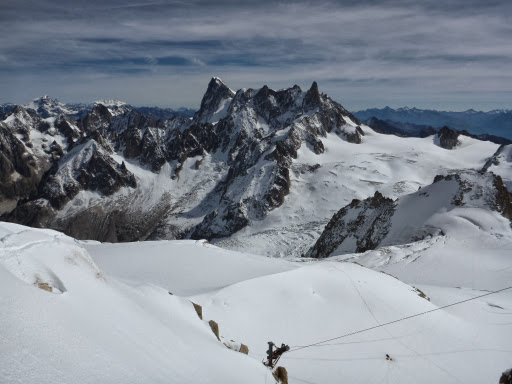 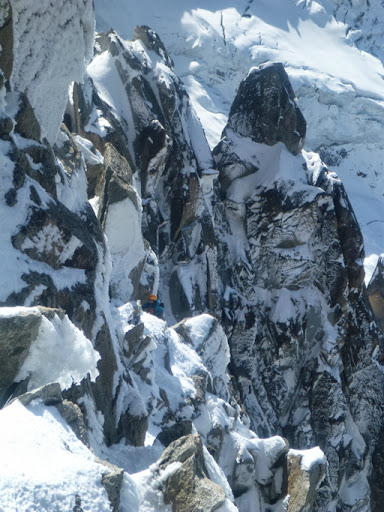 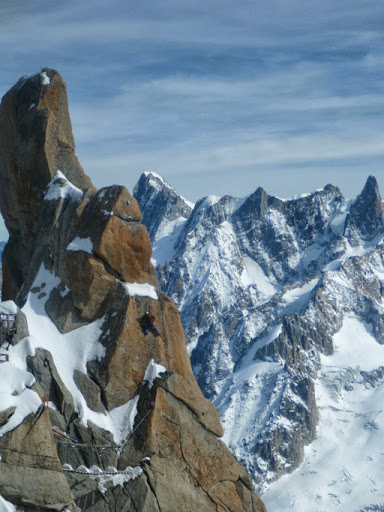 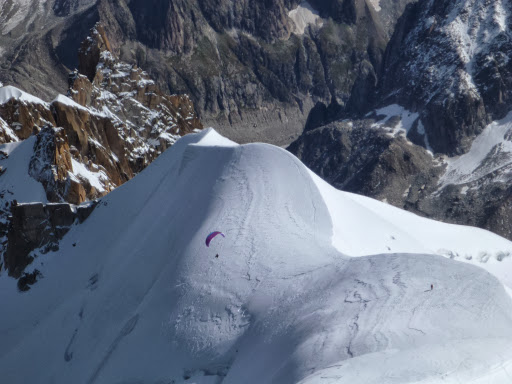 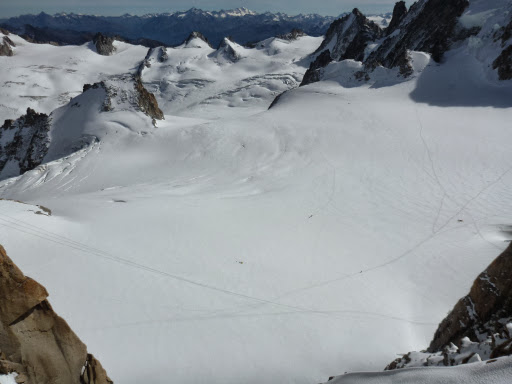 I finally headed down to the mid way point about 4pm, and from there planned to follow a walk suggested to me by Andrew Blakesley who was here last year.

Now I had emailed Andrew about this a week or so ago, and he sent me some very useful directions which I recalled as “it’s about an hours walk to a restaurant then you just take the cable car and train back down to town from there“.

Now in Andrew’s defence here is the actual full text of the email which he had sent me…. 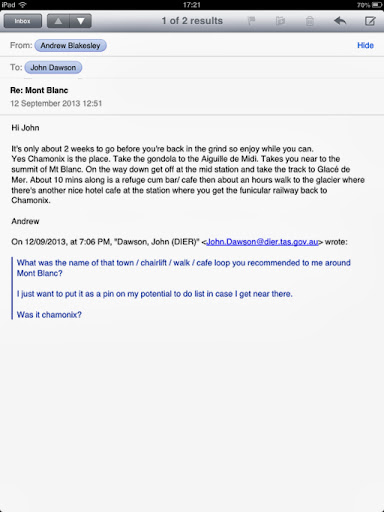 I include this email because when I got back to the mid station, I stopped and had a look at the map which assured me it wasn’t an hours walk, as I recalled from Andrews email (I had no ability to check it up there) but a two hour and fifteen minute walk to the glacé de mer, and my quick maths meant that that would mean I wouldn’t get there until after 6pm.

I had to sit and think on that for a moment.

Had Andrew just forgotten how long it took? Had I misread his advice (highly likely), or was it really a much shorter walk than advertised?

In the end I figured there was only one way to find out … so off I went. 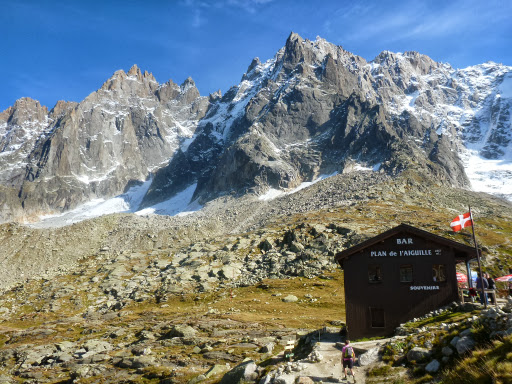 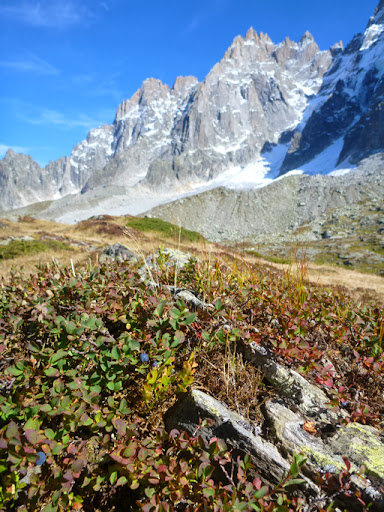 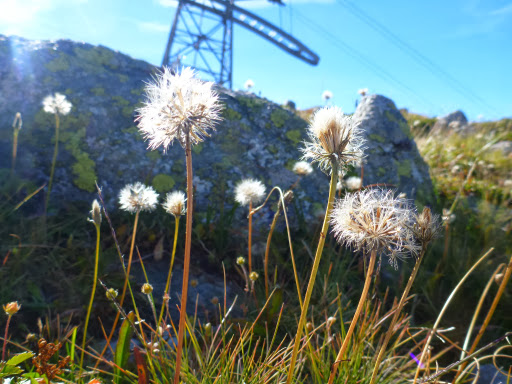 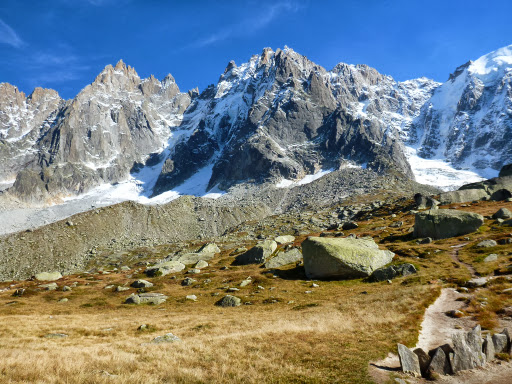 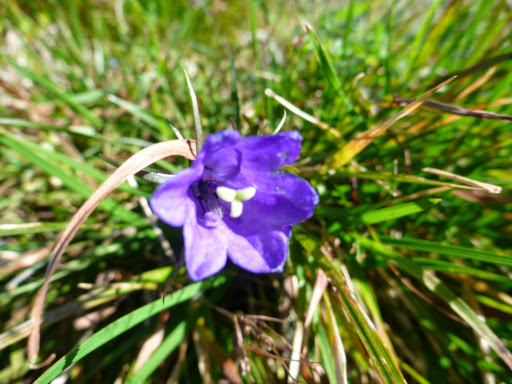 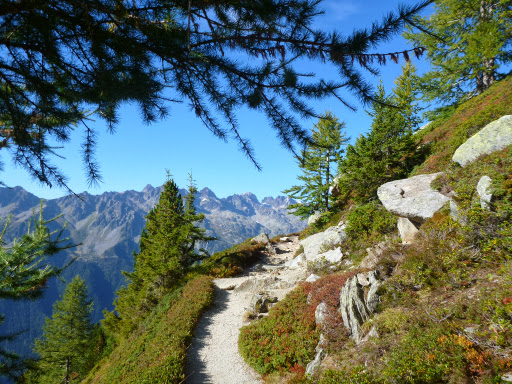 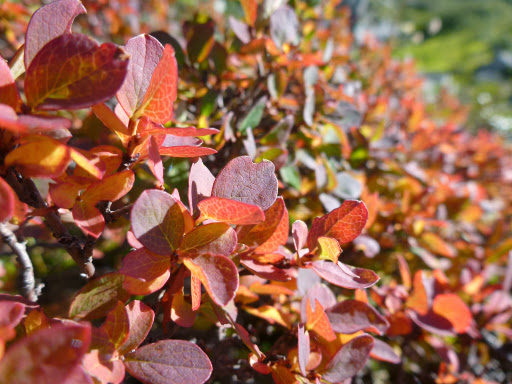 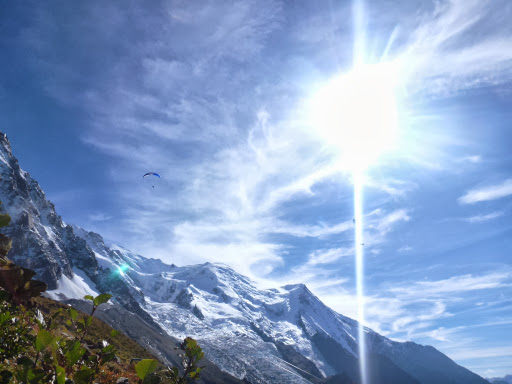 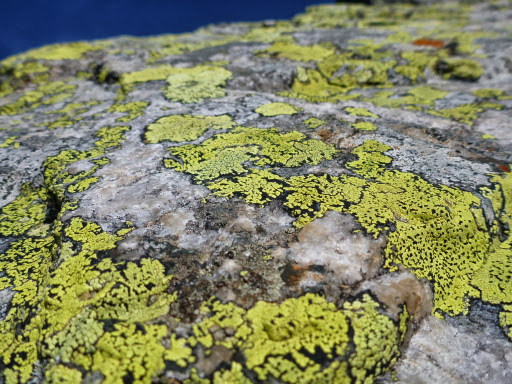 Walking at a pretty decent pace (he says ignoring the fact that he managed to take nearly 50 photos along the way) I got to the ‘end’ of the walk in about an hour and forty five minutes.

Except it wasn’t the end, because despite all the signs along the way saying that the cafe was open, it was well and truly closed by the time I got there, and there was no tram in sight.

I shall gloss over my own responsibility in getting there at 5.45pm on a Sunday.

So this meant I had to walk back to Chamonix, which was a signed 2 hour walk. 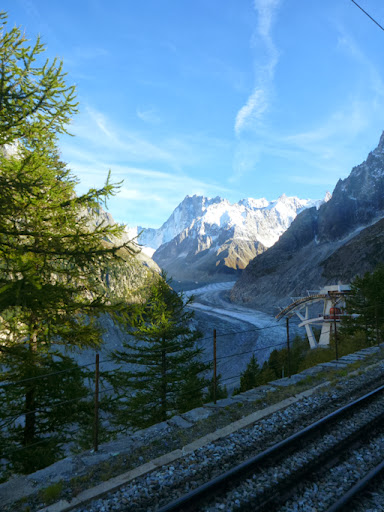 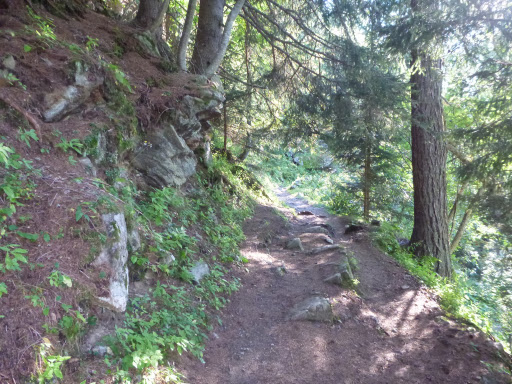 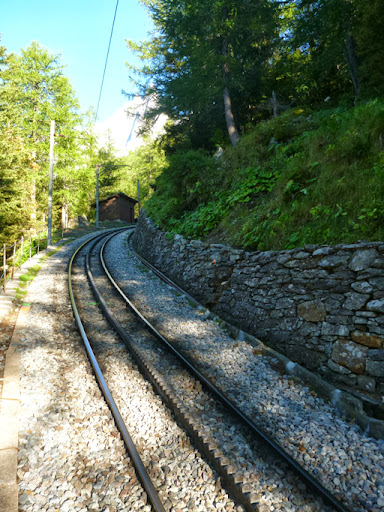 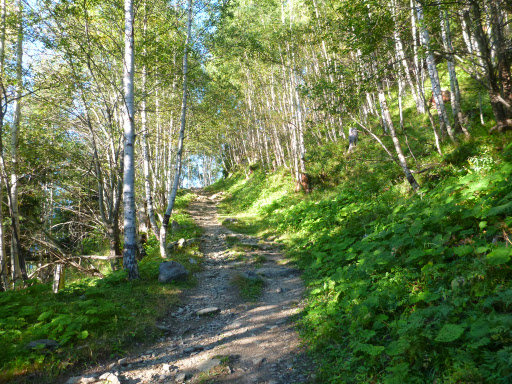 I finally stumbled back into the cable car centre some time after 7pm to (thankfully) find my bike still leaning up against the wall where I had left it some nine hours earlier.

I then had my final quandary for the day … I was starving after my little walk and wanted dinner, but I was also pretty grubby and smelly having walked the whole way in cycling shoes (including losing one of my cleats along the way) and I had also managed to rip my T shirt on a fence while taking one of the photos above.

I therefore hang my head in shame and say that I compromised and went to McDonald’s.

Still, what a day. What a perfect day.