Some days, when you’re going through them, seem pretty bad.

It’s only when you look back on them that you realise what a great day they may have been.

I think that’s the best way to introduce today’s journey. 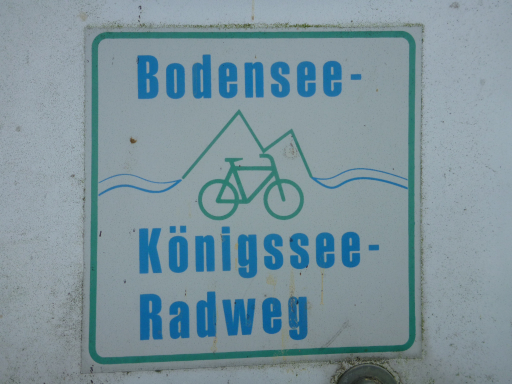 It all started with the return of the squeak in my freewheel.

It wasn’t a problem as such, but it was slightly annoying and so I promised myself that next time I went past a bike shop I’d call in and get some more oil on it.

Sure enough, as I was passing through the next town, Bernau am Chiemsee, what should appear on my map but this … 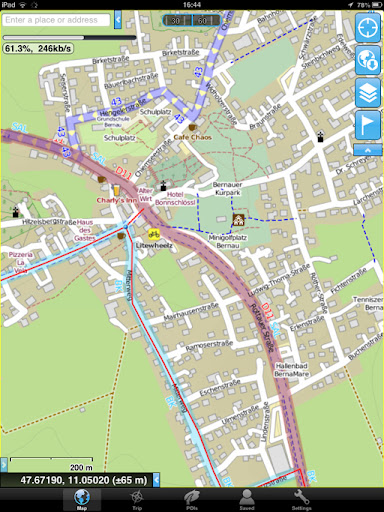 So I pulled into the store, the mechanic came out, and I explained that I just needed a bit of lubricant for my freewheels after yesterday’s rain. He quickly grabbed the necessary stuff while I pulled off my panniers and he then sorted out my freewheel before deciding to give my chain a good clean and oil at the same time.

He insisted on no payment, but as he was lubricating the chain, he made the mistake of changing the gears and true to form they started jumping all over the place.

He looked at me, I explained the bent frame and all my gear changing problems, and he decided that this was strange, and that he must have a look.

Next thing I know my bike is up on a stand outside the shop and he is confirming exactly what my bike mechanic man said the other week … my frame is bent, and what’s more (as he showed me) the hole where the derailer is attached was almost threaded so he couldn’t get his frame bending tool locked into it properly to fix it. 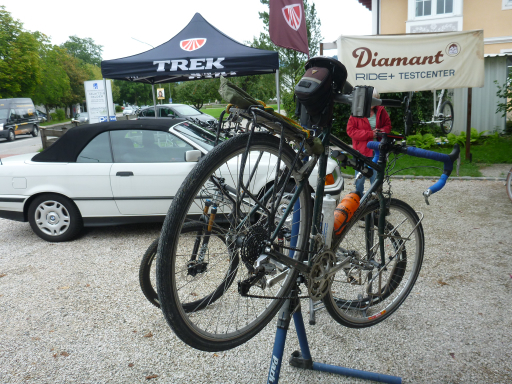 What happened next happened so quickly I’m still not sure I can describe it.

One second he was all “no, no, no … this is not good, it cannot be done” as he adjusted his tool left, right, up and down looking at measurements, then before I could say “what the …“, he must have changed his mind because he started bending and twisting the frame like there was no tomorrow.

Just as my poor shocked mind caught up with what he was doing, he stopped, took some more measurements, then looked at me and said in this very confident German voice “luckily for you, I expert … I fix“.

He then proceeded to re-tension the cable, change out one of the freewheels which was so worn it barely had any teeth, and reset all the gears.

He was like a magician, fixing and adjusting things so quickly I couldn’t keep up, only stopping once to quickly attend to another customer, and a second time to look at me and say “This bike mechanic who fix your bike … I don’t think he knew what he was doing.“.

At which juncture he grabbed a giant pair of pliers to illustrate his point, then looked at me and said “Shimano multi-tool … fix everything.” and proceeded to grab my derailer and start bending it left and right as he changed and checked my gears.

Then with a final flourish, he throws the gears from one side to the next and says “There … now you have gears“.

And you know what … He was right. 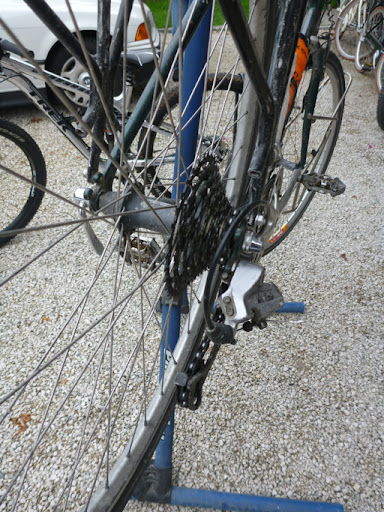 I did have gears.

Twenty seven wonderful gears that I could choose from, although it took me a while to work up the courage to do so after so long with only three.

Fast forward ten kilometres down the road, and with two little hills behind me, I was in seventh heaven and all that had seemed so hard, seemed possible again.

Which is exactly when one of the spokes in my rear wheel snapped with that tell tale ‘ping’.

I tried to ignore it, “nah” I told myself “that was just something moving in my pannier“.

I checked the rear wheel and sure enough there was a broken spoke staring back at me.

I stopped a cyclist who was going past me, and fortunately he was a local and he spoke good English. Unfortunately he assured me that the nearest bike shop was 7kms back the way I had just come, or 15kms in the direction I was sort of going, but with a 5km detour northwards.

He suggested I go back, but at the time I missed why, and decided to risk carrying on.

Which is in part why there are no photos of what was a beautiful section of trail for the next 15kms. I was too busy checking my rapidly deteriorating rear wheel and trying to avoid every bump in the road in front of me.

After checking with two other cyclists, both of whom confirmed that my best and in fact only hope to find a bike shop was to detour north to Rosenheim, I decided to take a risk and head to a nearer shop (Ralph Denk) in Raubling which showed up on my Gaia App.

And after holding my breath in worry for what felt like the last three kilometres, I finally rolled around the corner and there it was … My bike shop.

It was a very fancy, upmarket, bike shop but I still stumbled in anyway and asked them if they could fix my wheel, which they said they would if they had the right sized spokes.

No problem, says I, I brought a whole range of different sized spokes with me (which admittedly I’d grabbed from McBains on the way to the airport) and so this great guy set about replacing my spoke and re truing my wheel for me.

It was while doing this that he explained how lucky I was (and the comments from all the other cyclists) because they usually shut at 1pm on a Saturday and I’d just been lucky that he was waiting for one of his customers to pick up a bike (it was 1:30pm when I stumbled though the door). On any other Saturday I would have found them shut.

That said for just €10 he got me back on the road (I gave him a big tip as well) and for the second time that day I very nervously set off from a bike shop hoping that this time the fix would last. 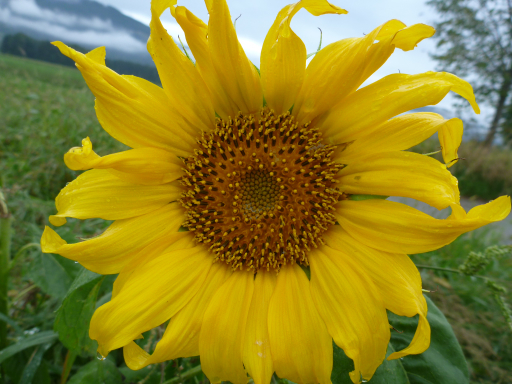 And it did … well it has so far anyway.