They have such wonderfully romantic names for their cycling routes over here. 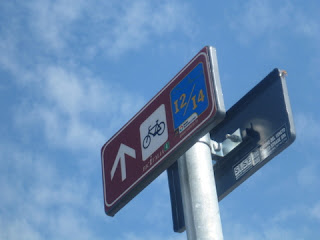 After spending my first day on the “E4” route, I have found myself on the “I4” route for the last few days as I have headed off the Venuto Plains and slowly up into the Dolomite Mountains.

I think I’ve gained about 800 metres in altitude over the last two days (currently typing this in Pieve Di Cadore a small village about 40km north of Belluno) but I am still about a day and a half’s ride from officially entering the Dolomite Region (so the guide book, not the mountains, tell me).

I’m finding that like most trips, this one has a routine.

Day one is always chaos as a hundred small problems all bombard you at once, each one usually minuscule, but when put together they combine to become almost overwhelming.

Then what was new becomes routine, what seemed hard becomes known and easy.  Little steps like figuring out where to stop for lunch, how long the GPS battery will last, finding a bike shop to repair my broken rear rack and finding accommodation at night all become sorted out, and you find yourself just settling in and enjoying the riding itself … 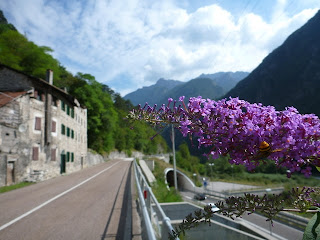 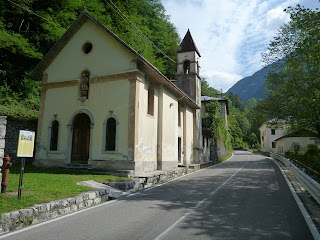 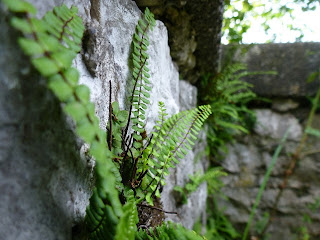 I’m still taking it pretty easy (riding 3-5 hours a day and covering 40 to 60 kilometres) as I try and get some fitness and test my knee, though I will say that with me and my bike weighing in at over 150kgs even that distance can be a challenge in this heat and terrain.  Furthermore, I always seem to plan the day so that the steepest/hardest section comes up when I’ve slipped into that “Ah, I’ve made it only 2 kilometres to go” mindset.  Nothing like a good steep hill when you’re on the verge of collapse and all you really want is a shower and cold drink.

I would also like to say to all those people who told me that “all Italians speak English” that it is my heartfelt experience that once you get out of the tourist hot spots, that this is not true, and that in fact very few of them do at all, but this has not been too big a problem.

I did try and order a pepperoni pizza last night, and despite the strange look from the lady serving me, I insisted that I did indeed want just a pepperoni pizza, so she had one made up.  Turns out I had ordered a “pepper” (as in capsicums) pizza so there’s a lesson learnt.  She is still probably trying to figure out who on earth would want a capsicum pizza now.  To be honest, I’m with her on that one.

However, once we get past the stereotypes we hold about a country, friendliness the world over still abounds.  I managed to walk out of a shop yesterday leaving my wallet behind … the owner (with a shop full of customers) ran down the street after me to return it.

And that, and the mountains, is I think why I travel. To remind myself that this world is a beautiful place. 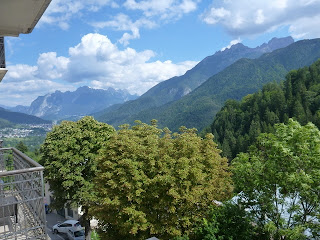