A good cyclist was killed on our roads yesterday. 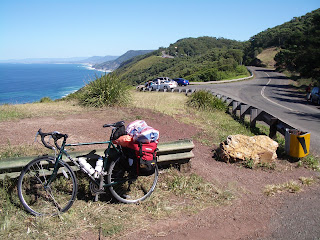 Having heard through the grapevine who it was, it was one of those take a deep breath moments for me.

You know, those moments when you realise that it wasn’t some novice out on the bike that you don’t know, but an extremely experienced and competent guy who knows how to ride.

Someone who is easily a more competent rider than me and probably a better person as well.

But, despite that, he isn’t with us today.

I see there’s already quite a discussion going on over at bicycle tasmania’s facebook page about this and the need for more bike lanes etc. etc., and I don’t want to get into debates or arguments about an event where really I don’t know what happened and what may have changed the course of that day.

But I do know that good people still die, and that given that none of us sit down and put a date in our diary for when we’ll leave this mortal world… well we just have to enjoy each day that we have mindful that perhaps it might be our last. 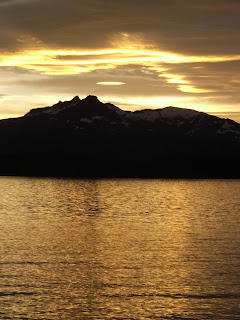 It changes what you do, when you acknowledge that you might not have tomorrow, or next year, to leave your legacy or do those things you’ve always planned to do.

Craig taught me how to roll a kayak many years ago when I first joined the Tasmanian Sea Canoeing Club and many years later he came out of semi-paddling retirement to take a surf landing session that I attended … only to have his kayak crunched in the surf and split virtually in half.  He just smiled and laughed the incident off.  In this respect his giving and positive attitude brightened my life in an important way, and my being Commodore of the TSCC today is in part one of his small legacies through time.  It was people like Craig that gave so much to the club, that made me realise it was my turn to step up.

To read other memories of Craig, or to record your own, you can go to his memorial blog.

========
NOTE: after initially typing us this blogpost when I first heard the news, I choose not to publish it until about a week after the event.  The original draft didn’t mention names.