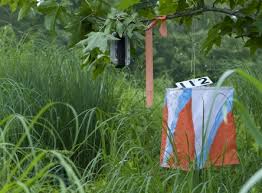 I used to love orienteering because it confronts you with doubt and it makes you deal with it.

If you’ve never tried the sport, then you’ll have to take it from me that it’s a beautiful combination of thinking and strategy all under the pressure of a running race where you don’t know how your competition is doing.

Often when I’d go orienteering, I’d make a navigation mistake on my way to the first control (usually quite a big mistake, and usually involving running off from the start too quickly and then looking at my map and realising that I’m not quite sure where I am, how far I’ve gone, what the map scale is, or what I’m supposed to be looking for … and in a navigation sport it all goes downhill from there).

So time and time again, there’d be this point where I’d be just minutes into a 90 minute race, I’d be walking around in circles (still looking for the first control), and it all would just seem so stupid and pointless.

It’s at this point that you just have to make the decision to either give up or re-focus and carry on.

So although at the time it seems impossible, you find a way to carry on.

And I for one need that. 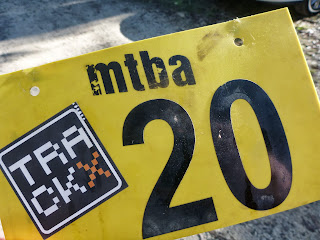 That get’s me onto why I enter all these MTB races.

It doesn’t take an Einstein to realise that I shouldn’t be racing:  I’m slow, unfit, I don’t train and slowly but surely I’m falling further and further behind the main pack, but still I enter.

To be honest, it’s always over-determined … it’s a combination of the location, the timing, the weather, my mood, the rise and fall of the stock market, the pretty pictures on the website that promise I’ll get to ride over a red raft bridge when I won’t (sorry, I’m still not 100% over the Convict 100) …

Tens, if not hundreds, of little factors combine to decide whether or not I’ll enter any particular event, but a strong theme in these decisions is that I still love that mental challenge involved in getting from the start line to the finish line.  Especially if it’s somewhere I’ve not been.

Which is one why I found myself  at the start line of the Cradle Coast Mountain Bike Club’s “Goodbye Summer” 2 Hour Enduro Race at Kelcey Tier near Devonport today.

I put myself right at the back of the pack and looked around to see if I could see any other recreational riders who had come along … I was looking for those people who might have an old or cheap bike, or who weren’t wearing Lycra … any indication that there were other people that were here just for the ride and hence who may be in ‘my’ category … but for the first time in my life, there were none. 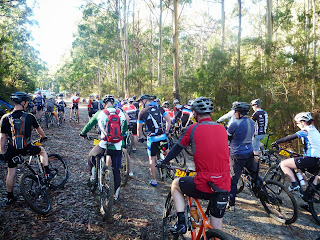 OK, there was one … there was one guy in a flannelette shirt with his young daughter, but otherwise pretty much everyone else looked like they were here to race.

The starter called two minutes until the start, and as I was having problems with my GPS (it wouldn’t turn on) I thought “great, that gives me enough time to fix it“, so I took it off the bike, unclipped the back, took out the batteries … then the starters gun went, and the race was on.

Not a good start.

Then they all overtook me.

Kelcey Tier is a course with plenty of climbs (about 150 m ascent in each 5km lap) and me and climbs don’t get on so well.

Ten minutes into the first lap, I was struggling up yet another short, steep hill section.  I was well and truly alone … I couldn’t even see the next closest rider, and as always at the start of a race, my heart rate was too high, my lungs were puffing like a freight train and my legs felt like lead.

The whole idea of carrying on for another hour and fifty minutes seemed impossible.

I wanted to give up, and that friendly little voice of doubt which visits me in every race started giving me excuses to do so:  “really, you’re only here to check out the trails… and you only have to ride it once to do that, right? … you could pretend you have a mechanical problem and just disappear … you could get home earlier if we stopped and spend some more time with Kim and the monsters” …. there was more, much more, but you get the idea … for the first half of that first lap I just spent time trying to convince myself to give up.

Then the trails started pointing downhill, and it all suddenly didn’t seem so bad …

… until I  went over a small drop, and didn’t handle it too well (front wheel dropped too quickly), so when I came to the next little log hurdle, I took my recent MTBSkills training in hand, and thrust my front wheel over the hazard, then moved my weight forward to lift my back wheel over … it was almost perfect .. until I looked up and realised that I was now accelerating into a sharp corner and there was a a stump right in front of me … I’d forgotten the all important ‘vision’ part of the MTBSkills formulae … and now all I saw was that stump.

And yes, I went straight into it.

Thirty seconds to re-compose myself, and I was back riding again (albeit a little more tentatively) down a sensational section of technical single track, and then, almost before I knew it, I was out on some trails, a last little bit of climb, and I was heading through the start/finish area.

I had completed my the first lap.

I think it took me thirty one minutes to get through, which gave me a pretty simple gauge on how much further I had to go … this was looking to be a four lap race.

Then I realised something else … I was on my second lap and I’d not even considered pulling out of the race … a thought that was deeply etched in my brain as a near certainty just 20 minutes ago.  What’s more I was starting to ride a bit better, I’d settled into a rhythm and wasn’t breathing too hard.  I may not have been overly keen about the thought of three more laps, but I could do at least this one.  I was feeling pretty good.

Then, probably 500 metres into the second lap I happened to look behind me  only to see the front two riders hurtling up behind me.

I was about to be lapped and I was only just beginning my second lap.

My euphoria quickly disappeared … and that’s where I’ll leave this post because I have to get to work.