It must be Easter, because for the second day in a row I found myself parked outside a church (admittedly the same church as yesterday) preparing for a ride. 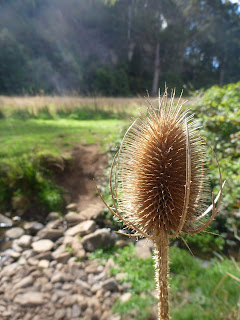 I was determined to make the most of my weekend, despite being locked in to being close to home, and so I set off today to do some micro-explorations of tracks that I haven’t got to before because the rides weren’t really long enough to justify a visit on their own.

First up was the Margate Rivulet Track which I thought might make for either an interesting add-on to the Nierinna Rivulet Track, and that was why I found myself back at the end of Nierinna road, beside the church, heading up the hill.

The start of the track on Rollins Road was pretty easy to find, though the trail itself does follow what feels like a private driveway for the first hundred metres, however there are plenty of comfort signs to assure you you’re going the right way.  The track then becomes a greenway (or what I call a greenway, by which I mean you’re just pedaling through a grassy area with no track) running down beside a house and then comes to an unsigned junction.  I took the right (or really straight ahead) option and dropped down a short hill and found myself cycling across a paddock.  I was only certain that I had come the right way when I crossed to the other side and found a bridge and signage for the track. 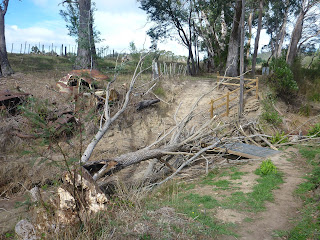 The track after that just meandered around some paddocks and dropped out at the end of Brook Lane.  Total distance would have been under 2kms.  I backtracked to the first junction and tried the left hand junction which was a bit more interesting as it ran through some nice paddocks and alongside the rivulet before dropping me out on the Channel Highway at the bottom of Margate from where it was only a few hundred metres back to my car along the other side of the rivulet (on the Sandfly Road). 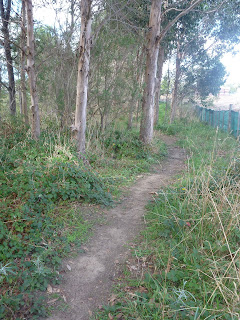 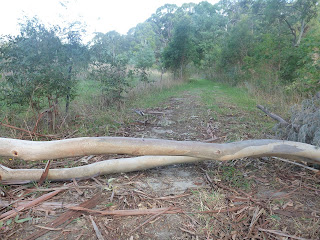 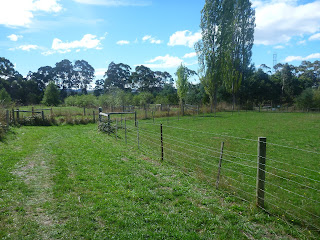 Quite honestly, it was a nice ride, but not one you’d get excited by.

Next stop was the short section of the Allens Rivulet Track starting at Platypus Bridge which I thought might be a nice bit of an off track detour before heading up to the Kaoota Tramway Track.

I was torn over using this track as an option for my proposed loop … the first section is just like riding through a paddock, and overall it was very short, but on the up side once you cross the creek it was really nice cycling right under the cliffs … 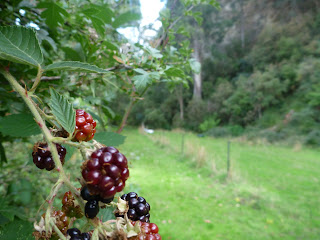 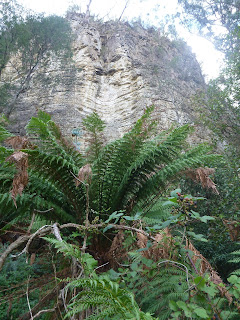 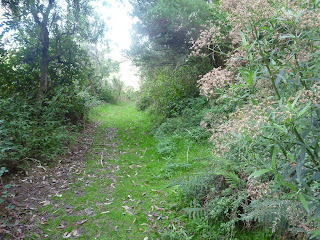 … but it wasn’t fun riding as again you were basically riding on grass which is slow riding … not sure it was something I’d want to ride before heading up a big climb … it was a definite maybe.

I then decided to end the day on the other side of Hobart out at Stringy bark Gully at the end of Belbins Road (near cambridge) where I wanted to check out some riding options before completing my track notes for rides in the area. 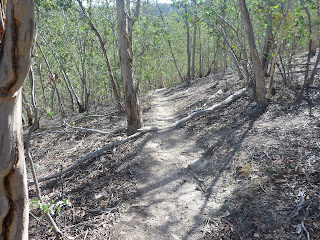 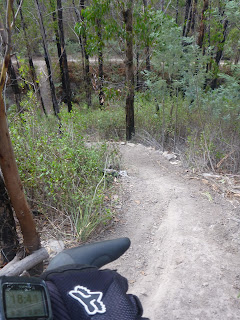 Both sections of track were great and after the slow green-way riding of earlier today it was wonderful to get onto some fast and technical tracks.

It’s just a shame I got a bit carried away heading down one section, ending up in a superman impression as a soft edge just disappeared under my front wheel and I found myself flying over the handlebars. 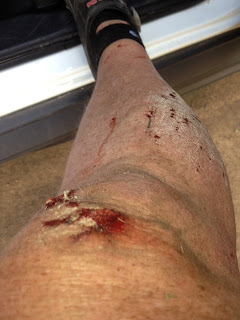 Ouchy, but still a good day!