I sometimes wonder how other people plan their weekends (and their lives to be honest).

For example … I jumped onto facebook last weekend when I was paddling up the North-West coast and I was caught by this photo of a glorious section of white sandy single track, and thought to myself … I want to go there.  I wonder where it is?
By Monday I knew it was up near Scamander, and today … we were there and ready to ride. 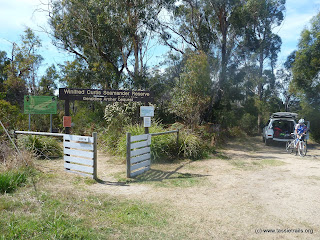 That’s normal isn’t it?
Turns out the photo was taken at the Winifred Curtis Scamander Reserve just south of Scamander (the entrance is directly across from the turnoff to the Upper Scamander Road which is 2kms south of Scamander and 6kms north of the Falmouth junction)
I’m not 100% sure if the park allows cycling … it doesn’t say cycling isn’t allowed (just no trail bikes) and in fact in one spot (the board walk section) it specifically says “No bicycles”, which would indicate to me that cycling is allowed elsewhere in the park.
That said, even if bikes aren’t encouraged, we weren’t exactly churning the place up … in fact we were crawling around at a pretty slow pace … for no particular reason … 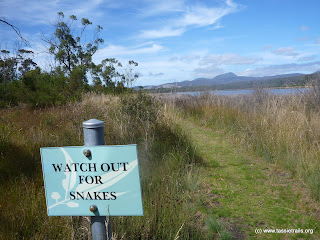 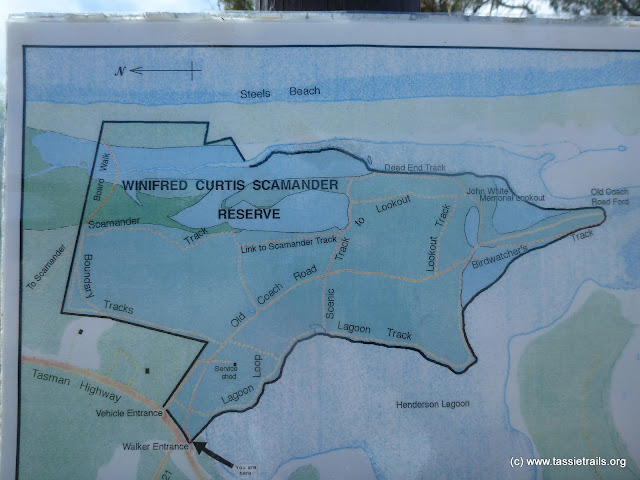 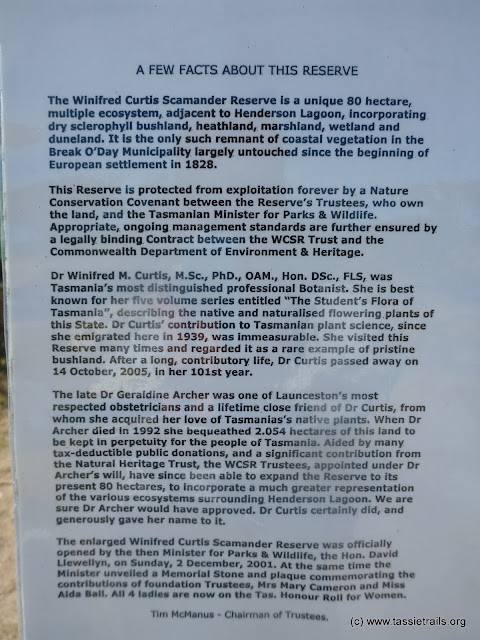 … and there are copies of the map at pretty much every single junction (well, except the one where we got lost and rode out of the reserve) and so we just followed the tracks around in a sort of anti-clockwise direction with a few zigs and zags thrown in as we didn’t want to miss any trails …
It was a lovely little reserve, with very easy flat riding.  Be ideal for a family ride (with a parent out front looking for snakes) and we really did tootle around at a slow speed. 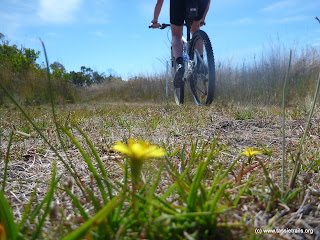 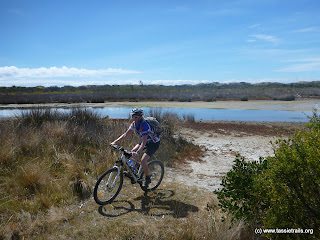 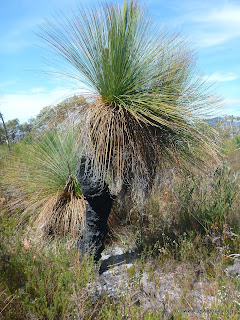 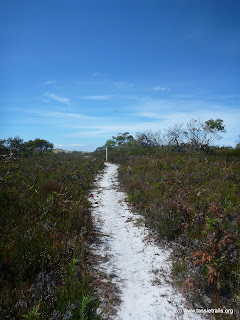 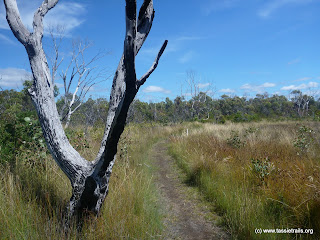 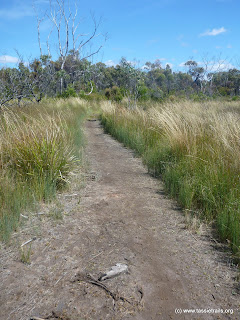 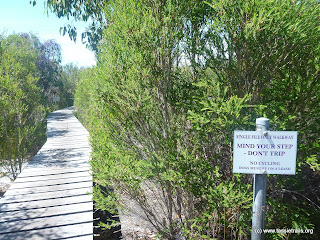 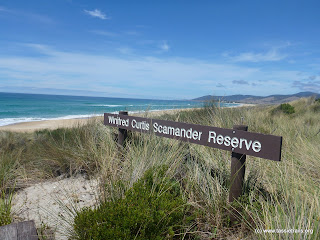 All up we were there for about an hour and covered about 8kms of track … totally worth the three hours of driving to get there.
Totally worth it …
To get some feel of where we rode, feel free to check out my garmin gpx.