So I took Kim and the kids for a drive around the far north west today … seldom visited places well off the main tourist trail.

Just near Temma, Markus piped up from the back seat asking if he could use Google Earth on my iPhone.

Pleased that he was taking an interest in the area we were going through I said sure.

Five minutes later, I heard a sigh and, on enquiry about the loud sigh, Markus replied me that he’d just lost internet connection.  I asked him what he was looking at (thinking that I might be able to fill in a few blanks for him)….

Turns out I’d dragged him to the far end of the State and he was using Google Earth to look at his house back down at Carlton. 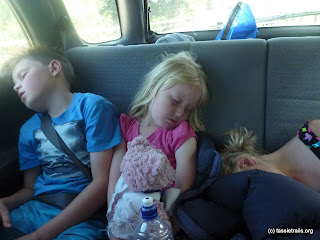 I enjoyed the drive, but next year I think I’ll just take them to the local beach and buy them a new game for their Xbox 360.