For the last few weeks, I’ve clung onto a belief.

A belief in Lance.

As all around me others just accepted that he was a drug cheat and moved on, there was a stubborn bit inside of me that wouldn’t let go, that didn’t want to believe.  Lance’s seven wins (can I still call them that?) in the Tour De France were a defining part of my life.  They inspired:

I believed.  I dreamed.  I believed in miracles.

I wasn’t going to stop believing just because everyone else had stopped believing and the experts told me it was true.  I had a dream.

Then, last week, I received an email that a book I had put a loan on a couple of months ago at the State Library was ready for pick up: Tyler Hamilton and Danial Coyle’s “The Secret Race“. 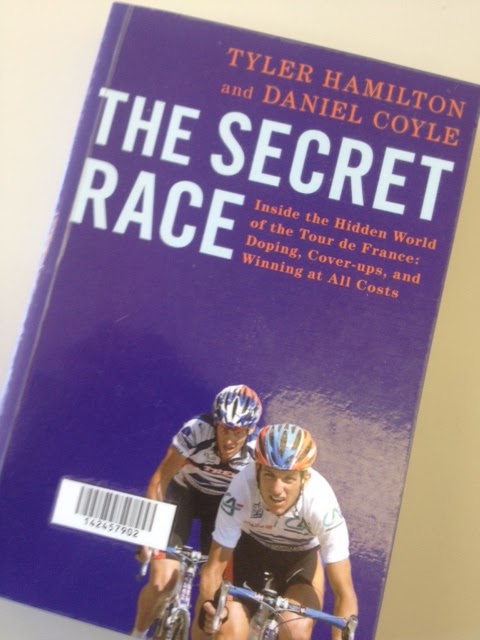 I read this book over the weekend.

It is a brilliant book, well written and compelling in its arguments.  It paints a picture which makes sense.  It’s a picture where all successful riders are drug cheats because they have to be.

I no longer believe.

I keep thinking back over all those moments in the Tour where I had been brought to tears of joy as human beings had shown me what we can truly achieve at our boundaries … and now I realise that many of those moments were probably lies or at best half truths.

I’ve lost one of my most important dreams, and so I’ve decided in my letter to Santa Claus this year I’m going to ask him not to send presents to all those naughty cyclists, and I bet you he won’t because I bet you he’s up there in the North Pole right now and he’s just as cross as I am about all of this.

Yep, at least I’ve still got the big red man and his reindeer’s on my side … and that’s a dream no one can take from me.