I got very excited (many months ago) when I discovered that Waratah was apparently a mountain biking mecca … and I even found what looked like the perfect route to get started on at www.discoverthetarkine.com.au … a ride out from Waratah down the Tinstone Creek Track and then after visiting the abandoned township of Magnet, back up the 8km Magnet Tram Line route.

So, after my little adventure down the Sterling Valley Track I headed on up to Waratah to have a longer play on the bike.

I was excited about this ride because I really liked Waratah … how cool is it to have a waterfall in the middle of town and a ruddy great mine right on the outside.  I know … super cool.  Even Dr Who would like Waratah. 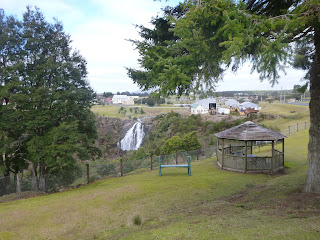 However one thing about Waratah is very, very uncool (but don’t worry Waratah, I don’t blame you, I blame the website) … it turns out that the Tinstone Creek track doesn’t exist.

After finding my way to a very locked and very uninviting gate at the supposed start of the Tinstone Creek Track I backtracked to the local service station/shop and after one of those wonderful conversations with all the locals present it was resoundingly agreed that there never was any track down to Magnet from Waratah except the old walking track.  Yep, they all agreed that I needed to go to the rubbish tip and head in from there, that’s where everyone else goes.

Obviously, at that point I politely backtracked the hell out of there, jumped in my car and drove off at top speed … cool it may be, but this place is crazy.

I drove down to the other end of Magnet Road and had a bit of a poke and a prod down there in the car, before deciding to backtrack to the start of the tramway line and just do an out and back ride. 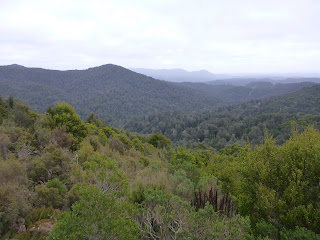 … and that’s when I discovered a funny thing: it  turns out that the trail starts at the rubbish tip.  Woops. 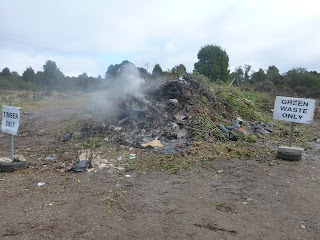 Yep, you literally have to ride through the tip and out the other side you’ll find yourself on the old tram line.  Sweet (but very smelly).

Also is it just me or is it particularly cool that on the edge of the tarkine the only two products that the tip takes are timber products and green waste.  Probably just my sense of humour.

Anyway, 10 metres from the tip I suddenly felt like I was in another world … it was suddenly very quiet, and very dark.  to be honest it was kind of creepy. 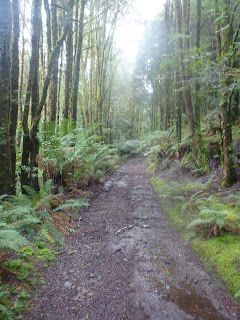 The riding however wasn’t very fun.  The ground was very wet and muddy making it slow going, even downhill, and so my mind got to wandering … I was averaging about 7 minute kilometres and it was just gone 4.30pm …I had at least another 16 kilometres to go which means at best I’d be getting back at about 6.30pm … 30 minutes after dark … and I didn’t have a torch.  Oops.

Two kilometres in I stopped and realised that my only really option was to turn around.  I had bitten off too much on this day, and having got this far I also realised that this ride was probably best suited for the drier summer months. 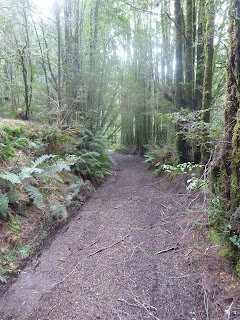 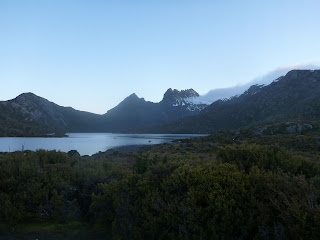 Isn’t it amazing what you can do in a single day.