I had a plan, and this doesn’t usually turn out well.

The plan was to have a sleep in after my little scare yesterday, drive down to Moab and get my feet under myself, and then start hitting some trails on Monday in the cool of the morning.

It lasted until I was having a late breakfast and happened to google “Best Mountain Bike Trails at Moab”.  I then found this site and right at the top of it, it started talking about an area called Klondike Bluff which was 17 miles north of Moab … I mean I would be driving right past it and it would be such a waste of fuel to back track … and I’m all about saving the planet and stuff. 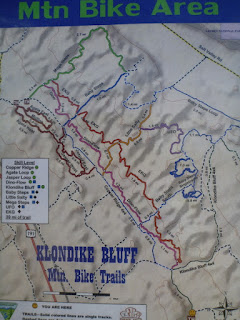 An hour or so later I found myself 80km down the road and hanging a left into Klondike Bluff.  It was the middle of the day, it was hot, real hot, and I had no idea of where I was going to go other than a vague idea that the “Baby Steps” ride sounded interesting …  it would all work out.

I made it as far as the start of the Baby Steps trail junction, and then I noticed on the trail head sign that whilst the first section of Baby Steps just followed an old 4WD trail, right next to it was another trail called Dino Flow and it was singletrack … good bye Baby Steps, hello Dino Flow. 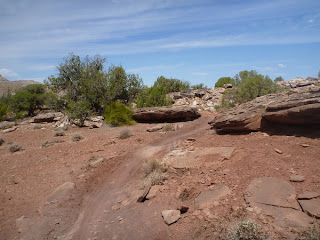 Riding out here was … different … it was hot – did I mention it was hot?  The trails weren’t technically difficult … I mean they were hard and challenging, but not difficult …. except the heat, and the intermittent soft sand, and maybe the altitude … and definitely the heat.  I did mention the heat didn’t I? 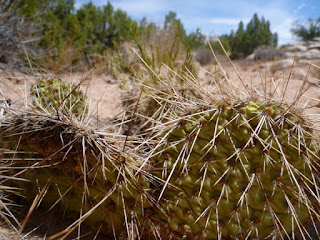 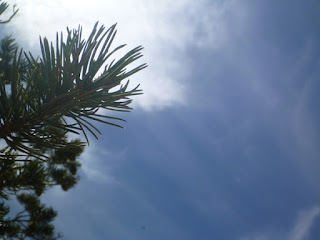 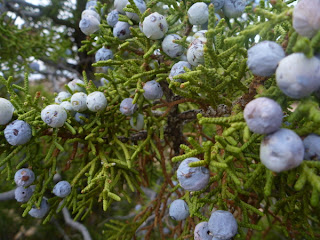 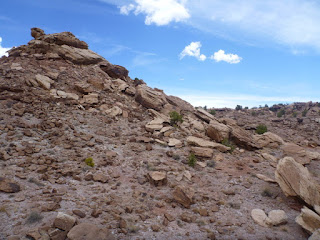 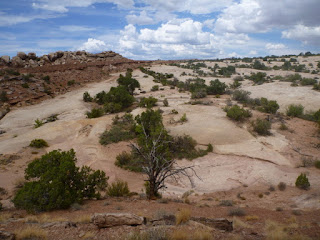 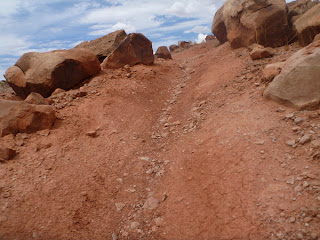 I didn’t however enjoy the combination of hills and heat when I got back over to Baby Blue and started the climb up onto the ridge.  I spent a lot of time pushing, and discovered that it is significantly cooler if you stand and rest in the small shade that stunted trees provide.  Amazingly cooler.

It was however still so hot that my water was the temperature of my morning coffee and I was close to praying for some cloud cover  …  this is Morman country after all.  Then I looked up … 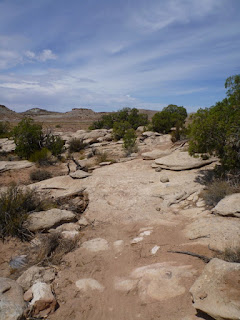 After some great and fast riding along the ridge top, I decided to abandon Baby Steps again and go try out some Black Diamond trails (UFO and EKG) which could have been a mistake, although to be honest they didn’t seem that hard.
I arrived back onto Baby Blue, and was weaving my way through some fun singletrack when the storm hit.
As the thunder crashed around me, I debated whether to sit it out under a rocky outcrop I had come to or continue onwards before the rocks got too wet and slippery to ride.  As I didn’t see any ground lightning strikes, I decided to continue … after I got back to my car and was driving into Moab then I saw the lightning strike the ground just a kilometre in front of me.  Is that two close calls in as many days?
I was pretty cooked by the time I finally arrived back at my car … due to my late start I had ended up riding through the hottest part of the day (noon to 3pm), but that said I’m really glad I went for today’s ride as it gave me a glimpse of what this slickrock riding is all about in preparation for the big one tomorrow … The Slickrock Trail – the world’s most popular cycling trail.
Now do I have a plan for that …