Skip to content
Way back in 1995 I was torn between going on a Queensland trip and joining a group who were walking out to Federation Peak – my dilemma was that the two trips overlapped by a day and so I couldn’t follow both and be one traveller … until someone suggested I head into Federation Peak via the ‘Yo Yo’ track which would cut a day out of the walk and allow me to catch up with the walking group and go to Queensland.
So eventuated a rather epic trip where I flew into Hobart late one afternoon, drove home, packed and made my way out to Farm House Creek in the dark, slept in the back of the car and then when the sun rose I hid my bike in the bush (for when we came out several days later to get back to my car), drove back to the start of the Huon Track, and walked the 30kms to Craycroft Crossing to eventually catch up with the group and enjoy an awesome week of walking around Federation Peak. 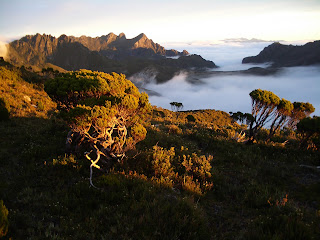 Now the Huon Track, informally known as the Yo Yo Track due to the way it ascends and descends so many ridges on the way from Tahune Bridge to Craycroft Crossing, is actually an old vehicular track and back in 2005 I couldn’t help wondering  whether this was a track that you might actually be better of cycling …
It took nearly seven years, and a stirring ANZAC day dawn service to get my butt into gear and finally try and find out … 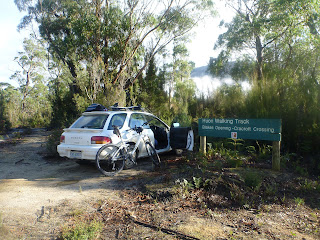 I will however save you the need to hang on in breathless anticipation … the answer is no, not at the moment.
I ended up getting about 3kms along the track, just before Riveaux Rapids, before I turned back, and I estimated I probably rode about 1km of that distance (at most), pushed about 2.8kms and carried the bike for the other hundred metres of so.  It took me two hours all up to do the six kilometres out and back – I could have walked it faster.
This is not to say the track isn’t rideable – it most certainly would be if all of the downed logs were removed, but as it is you could never get more than 50 or 100 metres (and that was a good run) before you found yourself throwing the bike over another log, or ducking around some other obstacle. 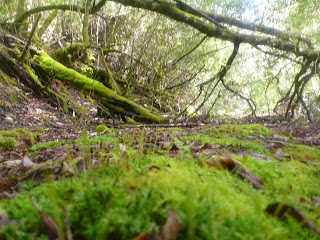 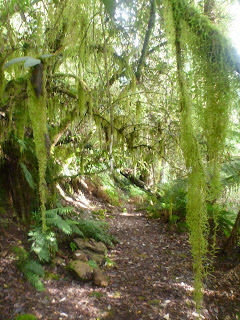 However if these obstacles hadn’t been there (as you can see above) then I think this would be an awesome track for MTBing – far better than the current MTB track that they’ve built at the nearby Tahune Airwalk (in fact it would make a good extension to that track).  I see that currently the track appears to be on State Forest at least to Blakes Opening and I’m almost tempted to contact Forestry Tasmania to see if they’ll let me have at it with a chainsaw and whipper snipper.  despite what you see above most of the obstacles were small and easily removable.  I reckon I could have cleared 95% of the obstacles to where I got to in a day.
Very little in life is about the kilometres travelled, it’s the experiences that we have along the way that counts and in this case this was one of the most wonderful and beautiful rides walks I’ve been on for ages … and the reason was all of the gorgeous Fungi along the way …  My camera just didn’t get put away all day … 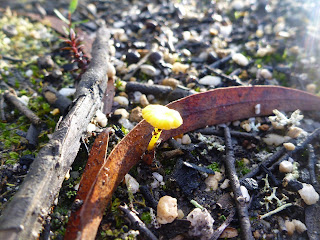 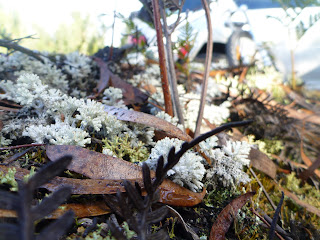 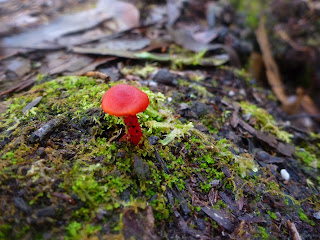 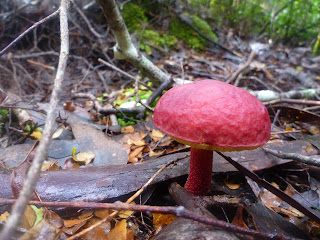 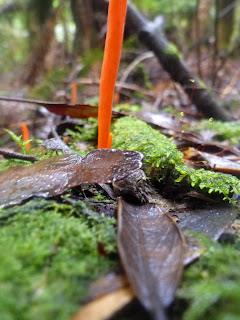 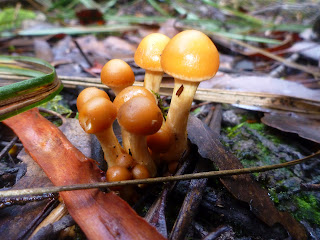 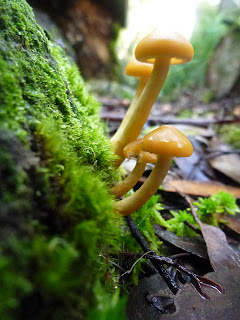 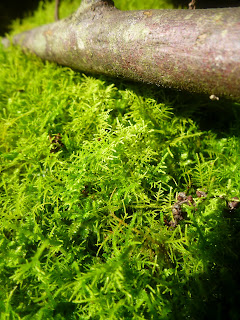 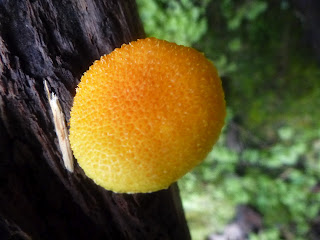 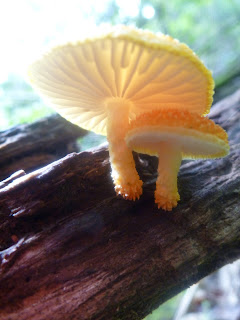 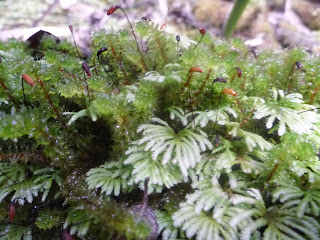 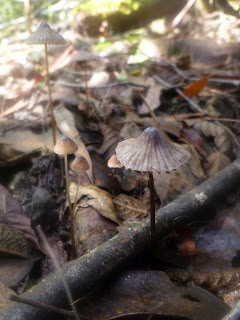 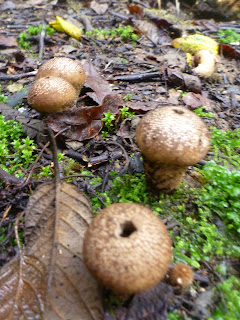 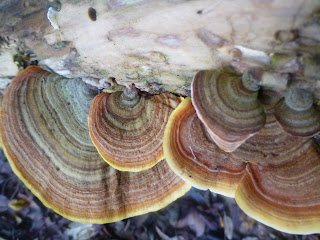 As I say, I turned around just below Riveax Rapids, and made my way down off the track to the rivers edge for a snack and just to think about the world for a while.  It was peaceful, and I think I needed that. 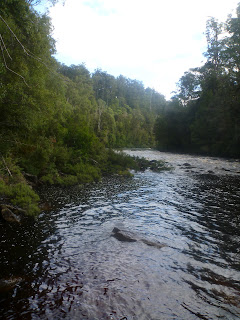 I was back up at Kingston a bit after midday, which just goes to show what you can fit into a day if you want to.