Despite a week travelling around the State for work I decided to head up to Launceston for the weekend with the goal of finally checking out the trails up in the Trevallyn and Kate Reed Reserves and to watch the Launceston Cycling Classic. 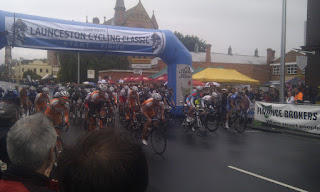 Of course with the way my luck has been running we pulled up at Kate Reed reserve only to find that it was closed for a controlled burn carried out the day before.  We carried on to Trevallyn to try our luck there despite the fact that the heavens had opened after a week of sunshine (what was I saying about my luck?).

Despite the rain we headed off for a ride from the Village Green and found some pretty cool trails, and lots and lots of wildlife, but after an hour on the bikes we were both drenched through,cold and happy to call it a day and head for our hotel. 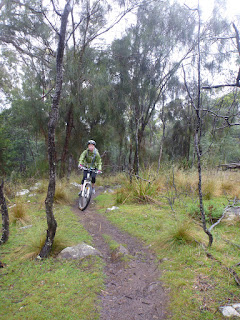 That night we headed down to watch the Launceston Cyclnig Classin in the rain. Kim had had enough of getting wet after a while and ended up heading back to her hotel room whilst I watched the end of the Men’s race.  I got some cool “ghost” shots of the cyclists with my phone camera. 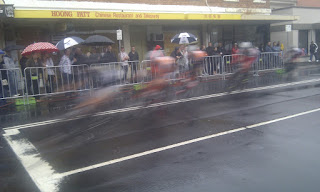 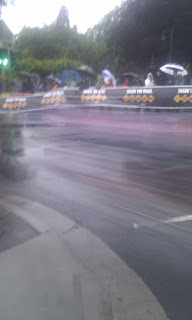 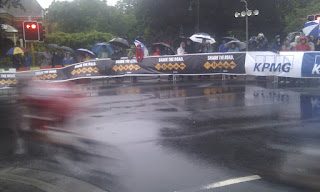 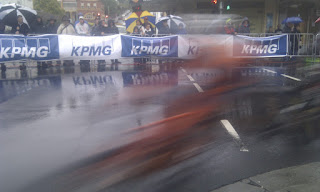 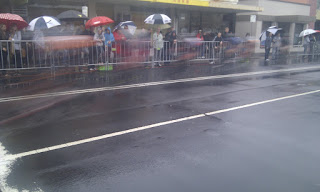 You have to actually look carefully at the photos to actually see the cyclists heading past they were going so quick.

The next moring the sun was actually shining so we decided to go ‘outlaw’ and head off into Kate Reed Reserve despite the signs.  After the nights drenching of rain we figured it was pretty safe.

What followed was a couple of hours of brilliant fun.  Kate Reserve might not be very big, but what those guys have managed to fit in there trackwise is amazing.  I couldn’t begin to actually describe a route or anything as I still haven’t quite figured out where I was half the time, but we chalked up nearly 16kms of riding and barely backtracked the whole time.   It’s the kind of place where you just head in and see where your front tyre takes you.  OK, having a map does help a bit.

If given the choice between Kate Reed and Trevallyn – choose Kate Reed every time.

We did have a small accident on the way, well when I say we, I mean Kim who had a nasty fall going over some rocks.

Other than this slight mishap, which had us stopping in Campbell Town for emergency frozen pea supplies to stop the swelling in her ankle, Sunday was a pearler of a day easily making up for the washed out day before.

Anyway, below are some snapshots from our ride around the reserve. 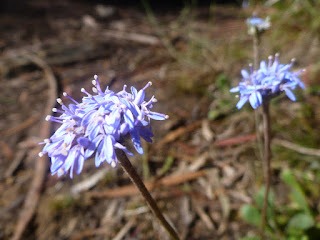 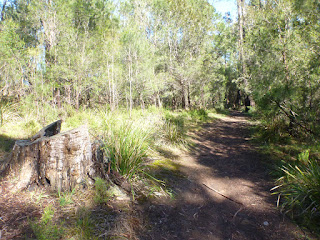 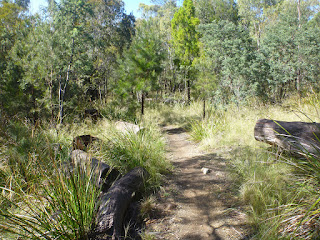 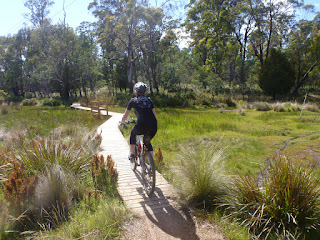 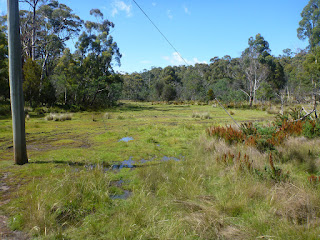 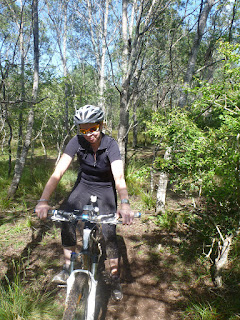 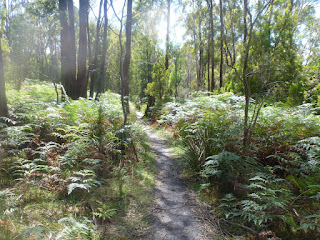 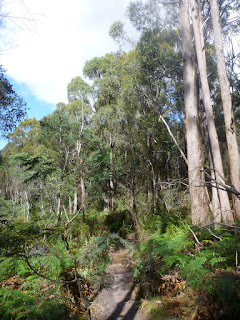 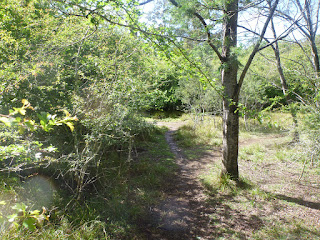 Anyway, with the wisdom tooth feeling a bit better after Friday’s treatment and with just five weeks until the Murray Half Marathon let’s hope today marked a change in luck.