Skip to content
After a good day on Saturday participating in a couple of club courses on boat handling skills and kayak sailing, I then joined the club for a weekend paddle from Dover down to Southport on Sunday. 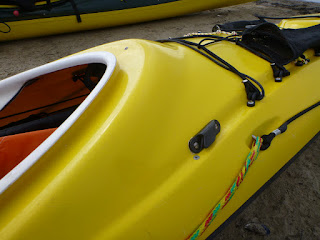 I think there were nine of us that set off from Dover beach, with the expected paddle of around 25kms ahead of us. 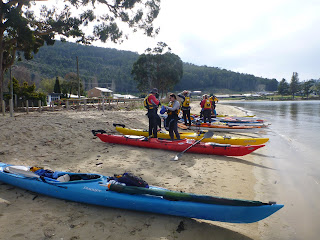 Not that much to say really other than it was as close to a perfect day.  Got to paddle out of Port Esperance in near flat conditions, saw cows on Hope Island (this being news-worthy just because it was different), several sea eagles soaring above or by their nests and 3 or 4 seals basking on the near vertical cliffs and rocks along the coastline.

The day had this wonderful, foreboding presence with thick clouds sitting off in the distance. 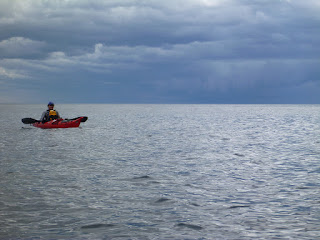 Yet at the same time, the weather was warm, the waters were beautiful and clear, and the wave conditions allowed much frolicking and playing in and out of caves and rocks close to shore. 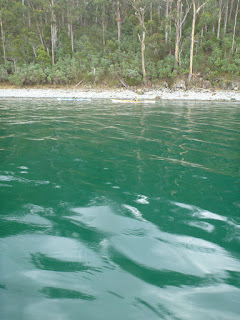 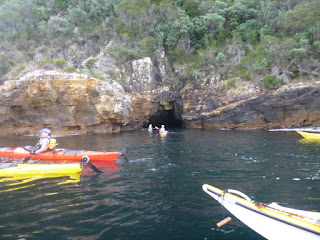 We made a couple of landings and had a look around, and although the wind kicked up a bit at the end, we all still made it to Southport by about 5pm. 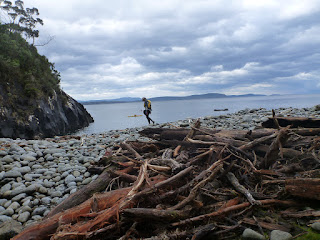 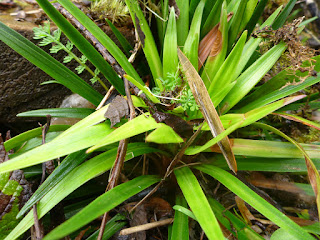 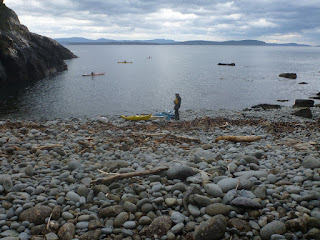 A few of us silly males threw in a race to the shore over the last kilometre or so, but as there were no females participating we promptly set off in the wrong direction, and had to stop half way through, reassess our landing point and take a 45 degree turn to the right.  After this little mishap, we had a gentleman’s agreement to paddle quickly, but without racing, to within 100 or so metres of shore and then have a sprint finish.  Sensing a chance for victory, I launched off at about 150 metres and got just enough of a jump to leave the other two and claim a non-gentlemanly victory while my racing compatriots promptly disqualified me and annuled the race.

Next weekend will be on the bike, so so long to the boats for a while.