I bought a packraft … a long time ago. 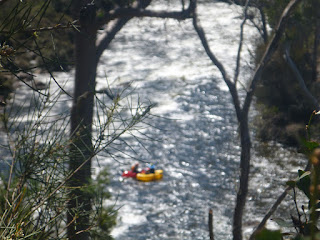 I also used my packraft … a long time ago.

And then I kind of remembered that I was scared of white water, and that I had terrible coordination and balance, and so I sort of put my paddling plans on hold until I could somehow figure out how to paddle a packraft … without drowning. 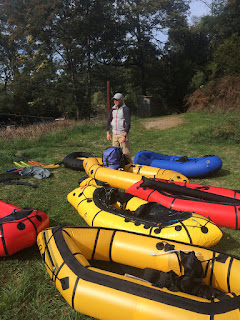 It was an eye-opening weekend, although I confess to still being pretty scared for most of the time (those rapids always look so much bigger up close).

I learnt, that like so many things in life, there’s a whole universe of innovation and experimentation going on in the packrafting world that I was oblivious to, ranging from self bailing boats, internal storage compartments and even rolling systems (yep, they roll packrafts – I saw them do it) … it was a toy junkies paradise and I’ve already chalked up over $500 in new purchases since I came home …

I somehow found myself in the more advanced group with three guys who were all regular paddlers and all seemed to know what they were doing.  This was OK on the morning of day one when we were just doing drills like rescues, swimming in currents and fording deep rapids, but then when given the choice of practicing more advanced skills in the afternoon, or going for a paddle down the river … they all opted for the more advanced skill training … and I opted to go for a paddle down the river. 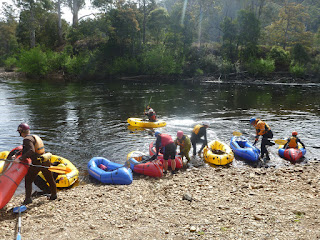 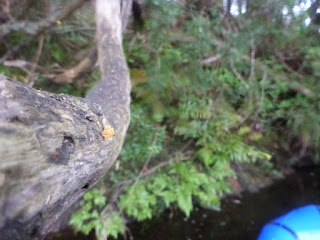 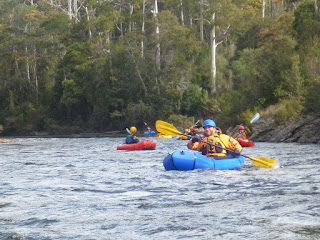 The problem with this decision manifested itself on day 2 when I headed off with my ‘advanced’ group and found them talking a language I didn’t understand and doing things that I couldn’t do.

So I paddled into a rapid and drowned. 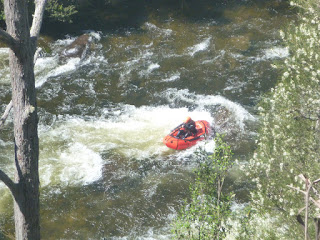 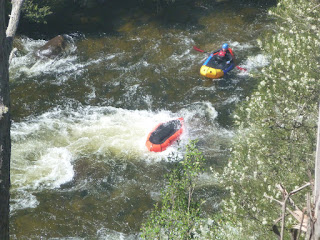 Did that get your attention?

OK, so I didn’t die (that was someone else in the photo above), but I did think I was in trouble a couple of times, and almost packed it in early at lunch time as my confidence level had plummeted to a two out of ten, but fortunately I didn’t give up, instead I went for a couple more runs down the slalom course … AND I FINALLY GOT IT – IN FACT I LOVED IT. 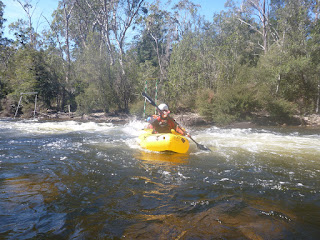 OK, I was still a little bit scared.

It was a great weekend, and I really got a lot out of it … I just need some more chances to get out there and use these new skills … before I lose them.

Thanks to the organisers.