I’ll be honest and say that the Glenorchy Mountain Bike Park has never really super excited me. 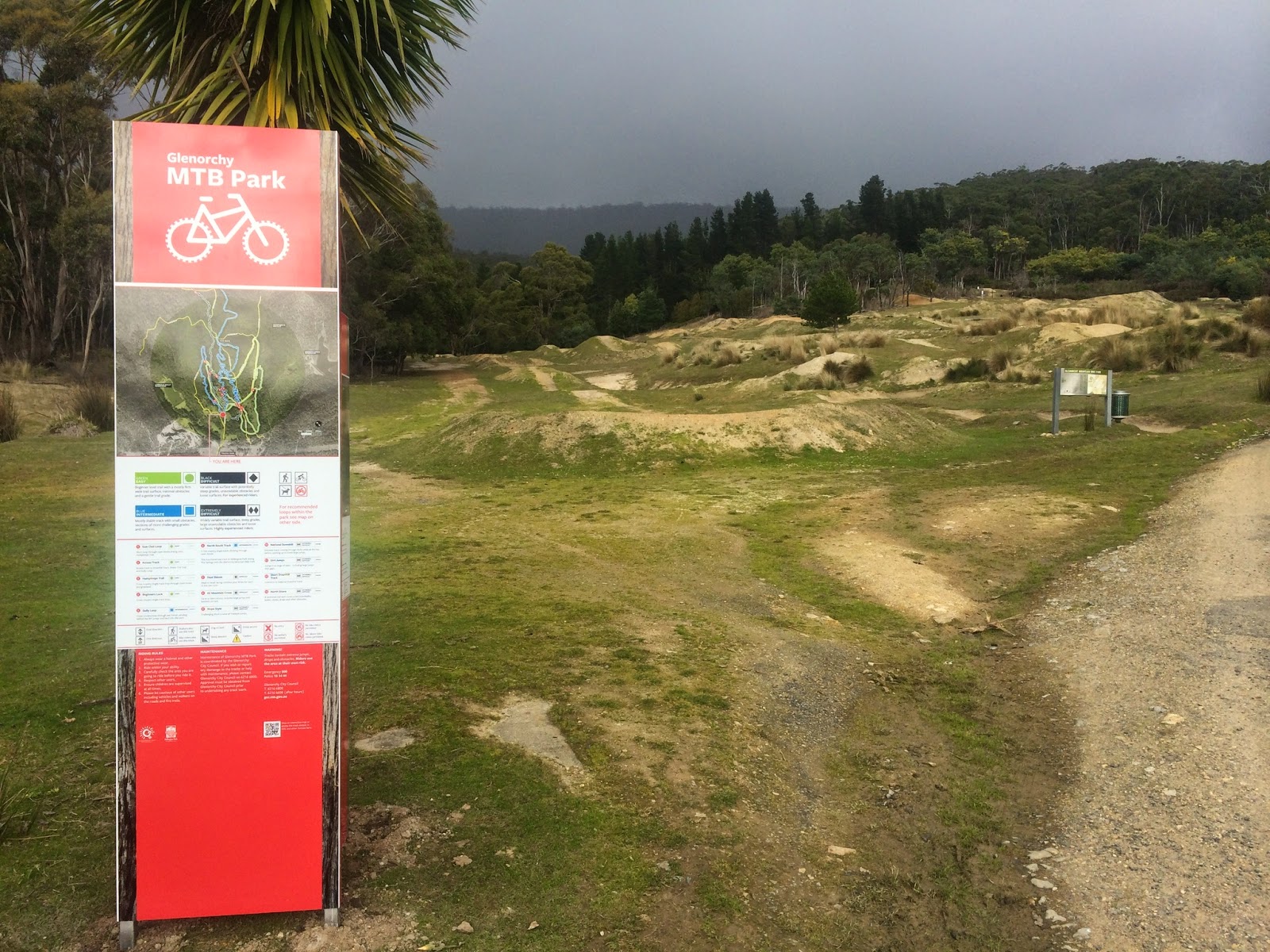 I mean, yes it is fun to ride, and it is definitely head and shoulders above the Kingston Mountain Bike Park.  It even has the prestigious claim of having it’s own shooting range … 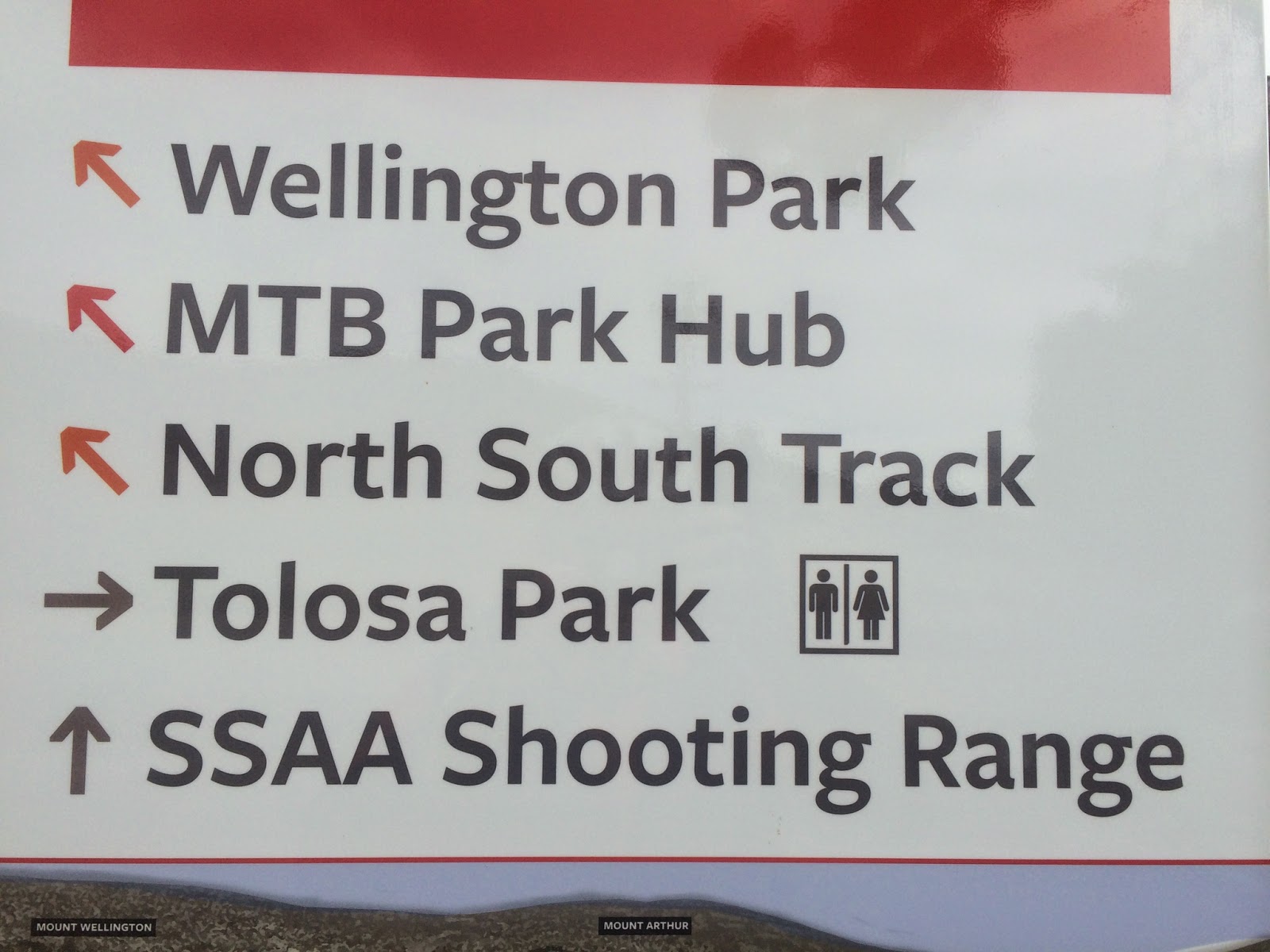 Though oddly, being shot isn’t one of the warnings in the park … unless ‘obstacles’ is a euphemism for flying bullets? 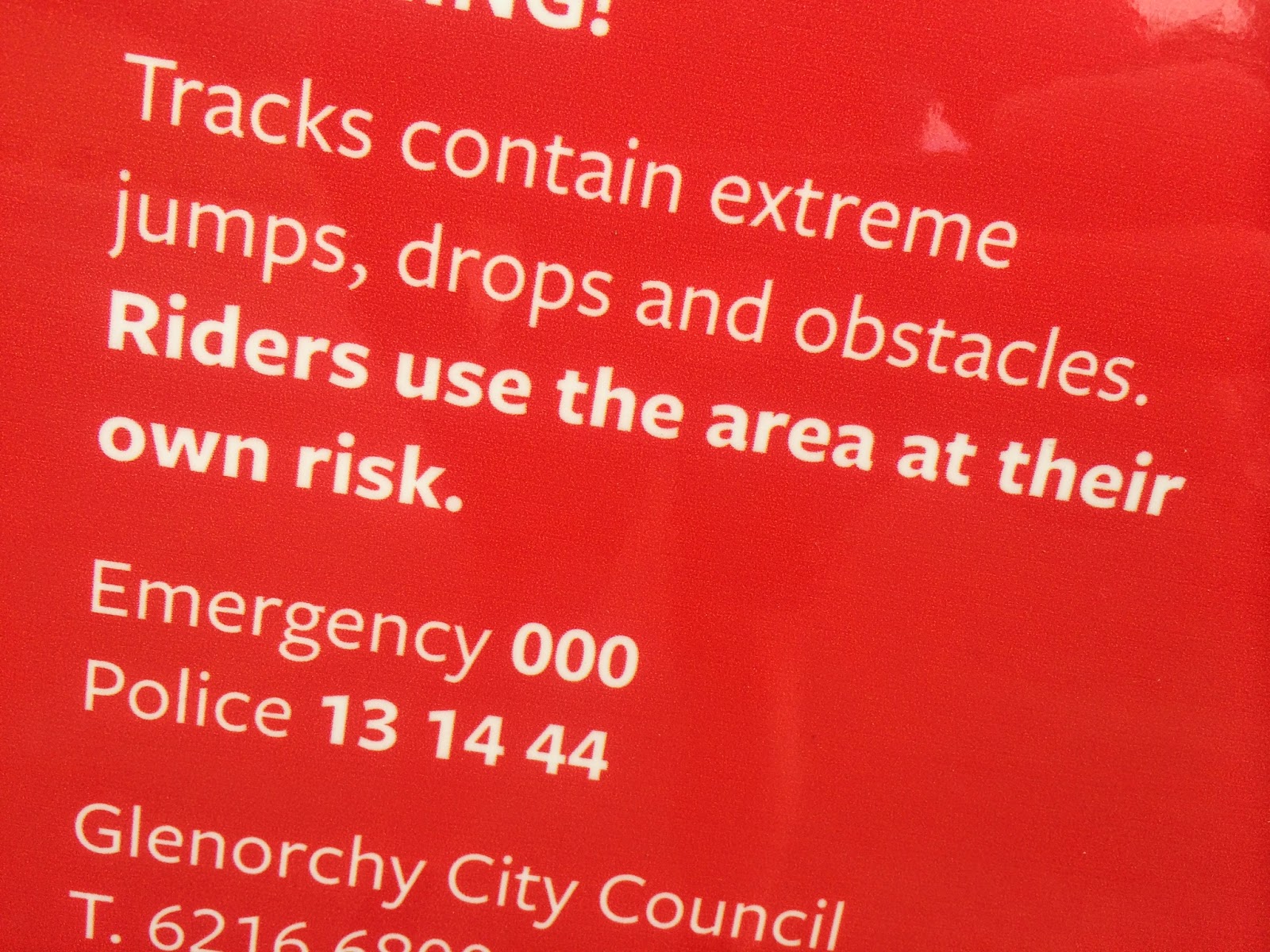 But the trails themselves don’t super excite me.

Having said this, I was still very pleased to see Su Sprott’s post on Facebook that the council had made the effort to put up some signed trails.  So pleased in fact that I thought I’d head out and take lots of photos and ride it and stuff … 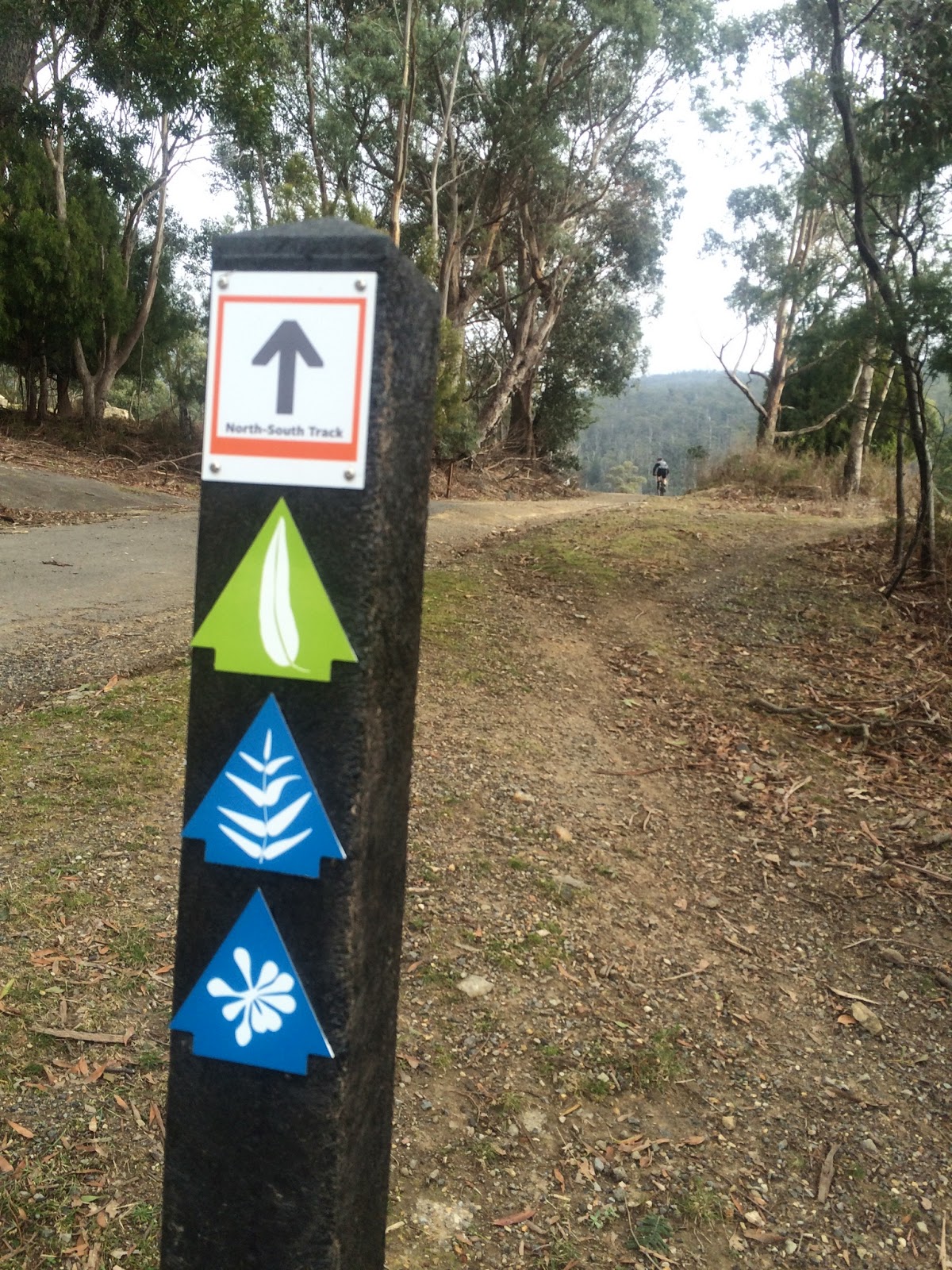 And I quite liked the new signs, albeit that I personally would have preferred the green route to be in the other direction and it would be good to add a sign next to the trail head that actually points behind you to where the track starts (I’m being picky – overall I think the signage is awesome).

However, I was walking into work today and it suddenly dawned on me that in my two visits over the weekend  (I went on Saturday and rode the signed routes and went back on Sunday and rode around the merton fire trail to Lumeah Avenue and back) I had met just two other individuals and one group of riders.

… and they had all been lost.

The first group I met were heading up the Tolosa Fire Trail having just come off the water fire trail thinking they were on their way up the North South Track (they weren’t, and luckily for them they had a female in the group who thought to ask for directions as she cycled past me).  How they got lost, I’ll never know because there is good signage at the junction where they must have made a wrong turn telling them which way to go …

The second cyclist I met was coming down the now one-way track that takes you up to Five Ways (and he had cycled past a no entry sign to get onto that track whilst ignoring the other signs telling him to go the other way).

And the third guy I met on Sunday was a lovely guy, but new to mountain biking and he was just plain lost over on the eastern boundary of the park, and so I took him for a tour around the cross country course to help him get his bearings before heading off on my own ride.

So, it seems that other than me, absolutely everybody I met was lost in one way or the other at the now super well signed Glenorchy Mountain Bike Park.

And that’s just wrong because I’m supposed to be the lost rambler, not the only one who knows the way.

What has the world come to.