Despite being only 7 kilometres as the crow flows from where I live, I’ve only ever got down to Arm’s End three times in my life (once on foot, once on kayak and now on a bike). 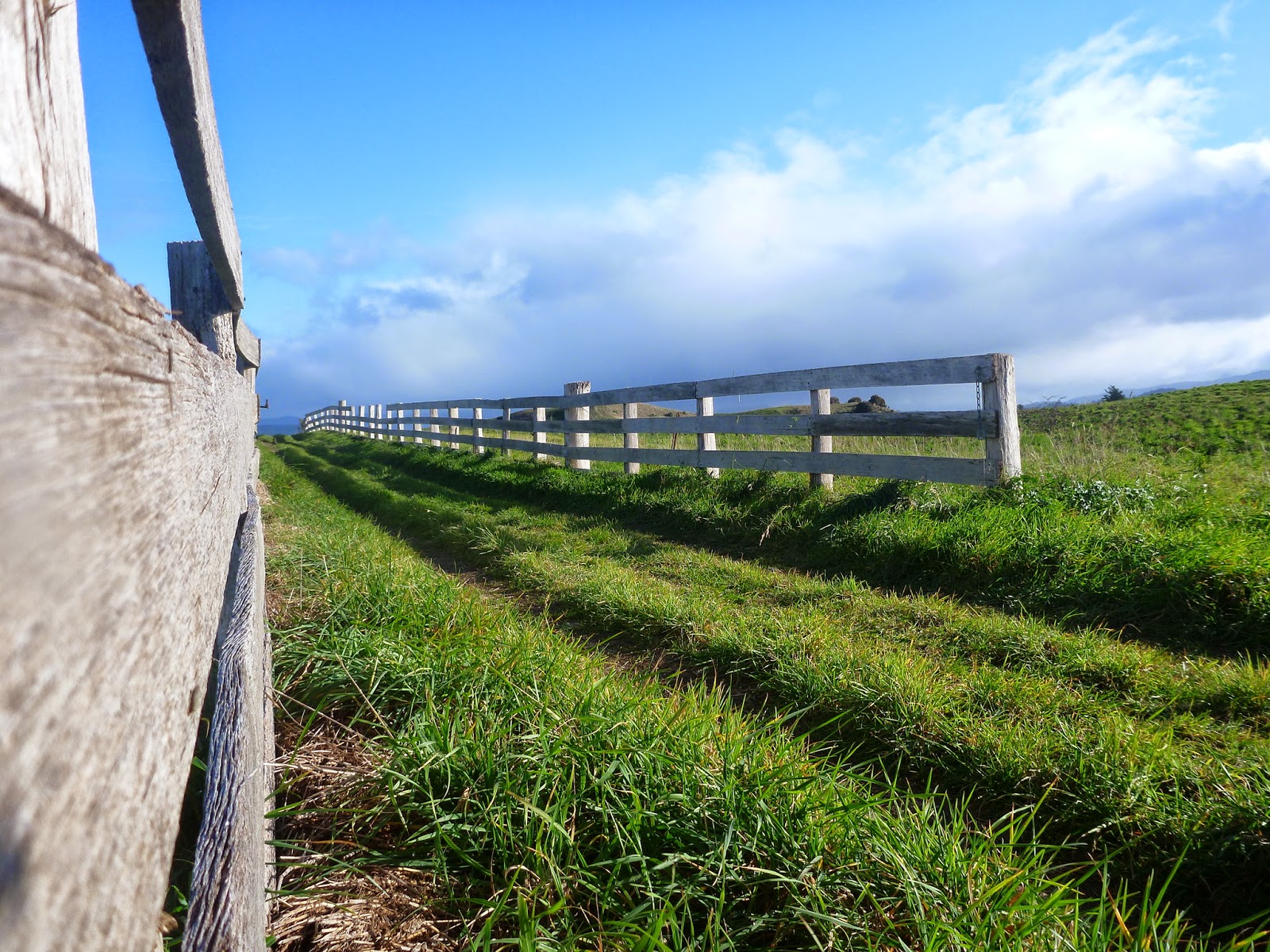 Now I’m not really sure of the status of Arm’s End in terms of cycling.   There was talk a while back of the whole area becoming a golf course, and if you try and find it on Greater Hobart Trails, you’ll be pointed towards the South Arm Peninsula Trail instead (which while nice, is basically just a track alongside the road between South Arm and Opossum Bay).

There is a “no vehicles” sign up at the gate (but my understanding of the law is that a bicycle isn’t a vehicle under the relevant act), and according to the Friends of the Arm group, one of the appeal decisions was to maintain access by foot and bicycle … so maybe if I don’t ask too many questions it’s OK to ride there?

What I do know is that there is Serrated Tussock on Arm’s End which is a weed of national significance (who even knew such a thing existed?) so if you do go cycling down here … make sure you clean your shoes, socks, tyres etc. extra carefully afterwards.

With all that said, I had to head down to Lauderdale to meet Kim at 3pm today, so thought I’d head down here beforehand and finally check this trail off my to do list … despite the wind and the rain that had been pounding the house all day. 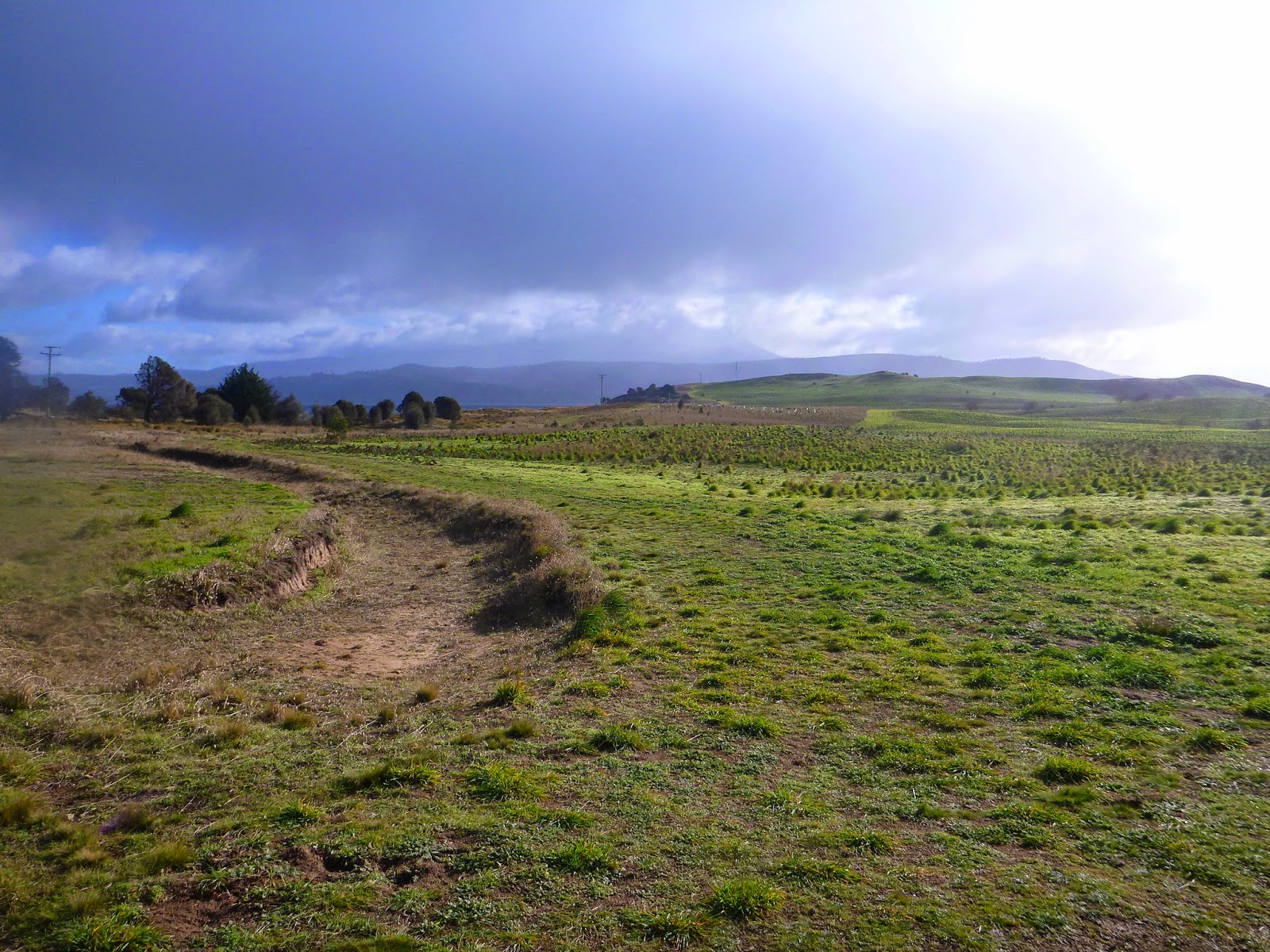 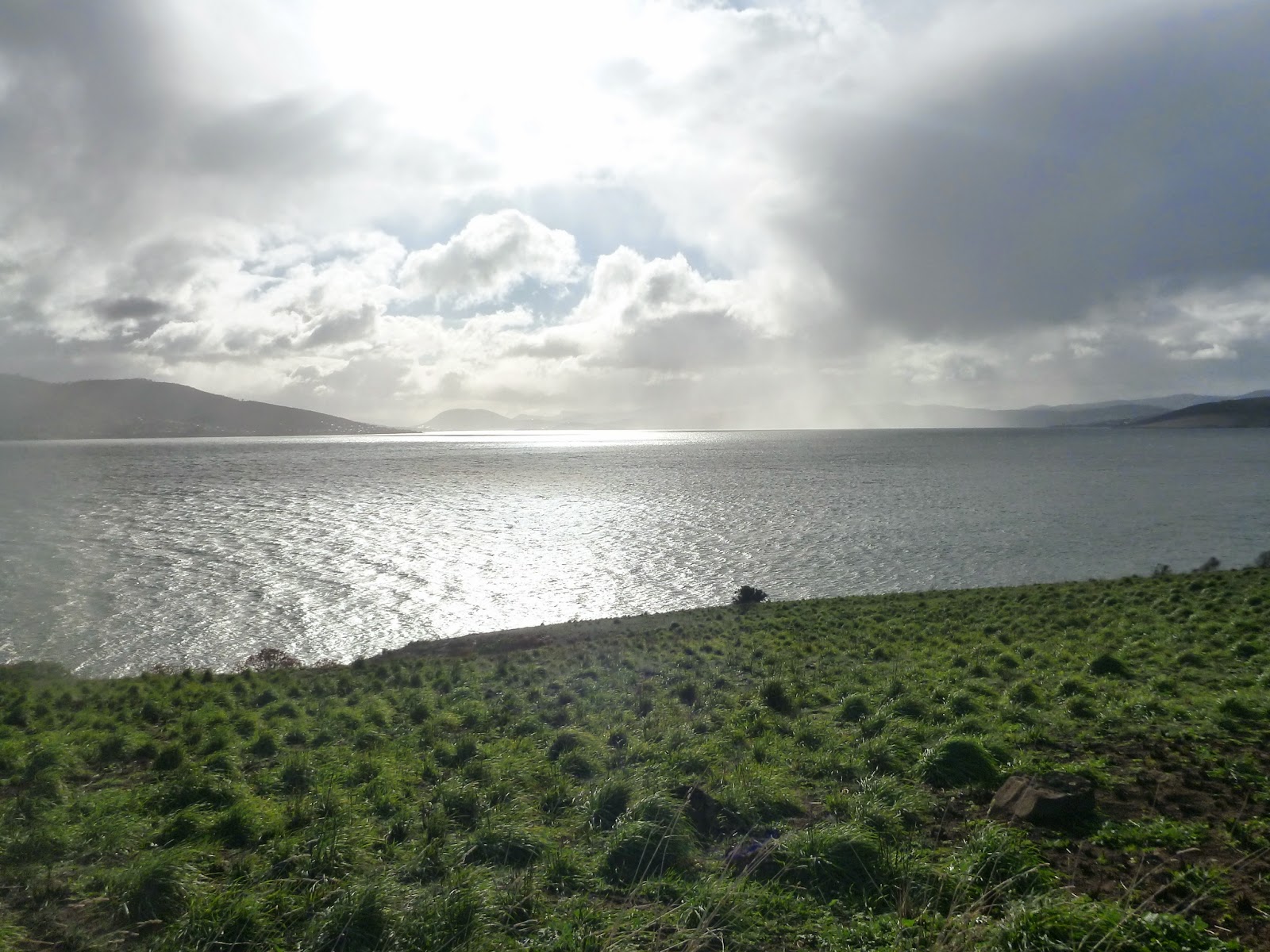 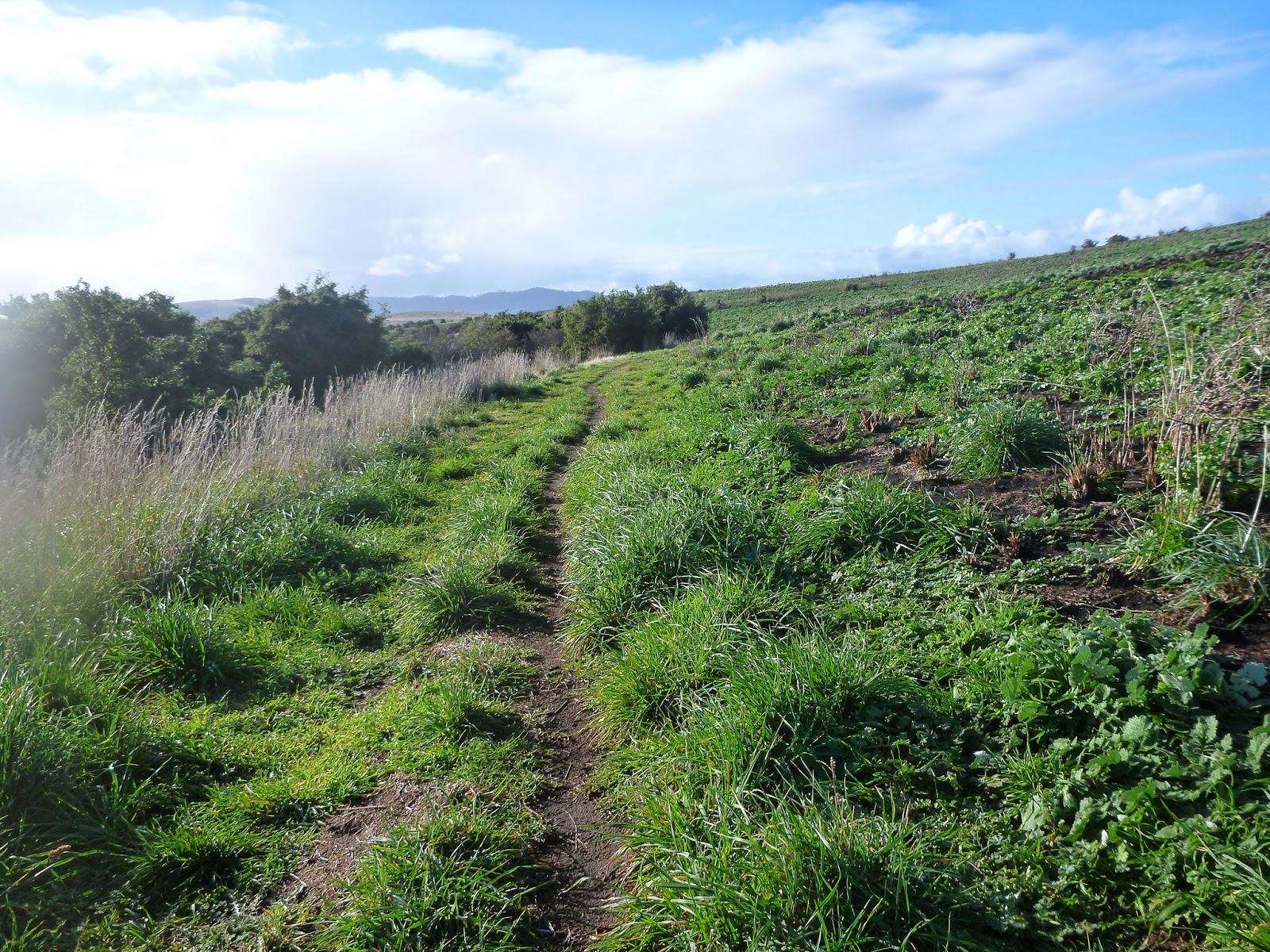 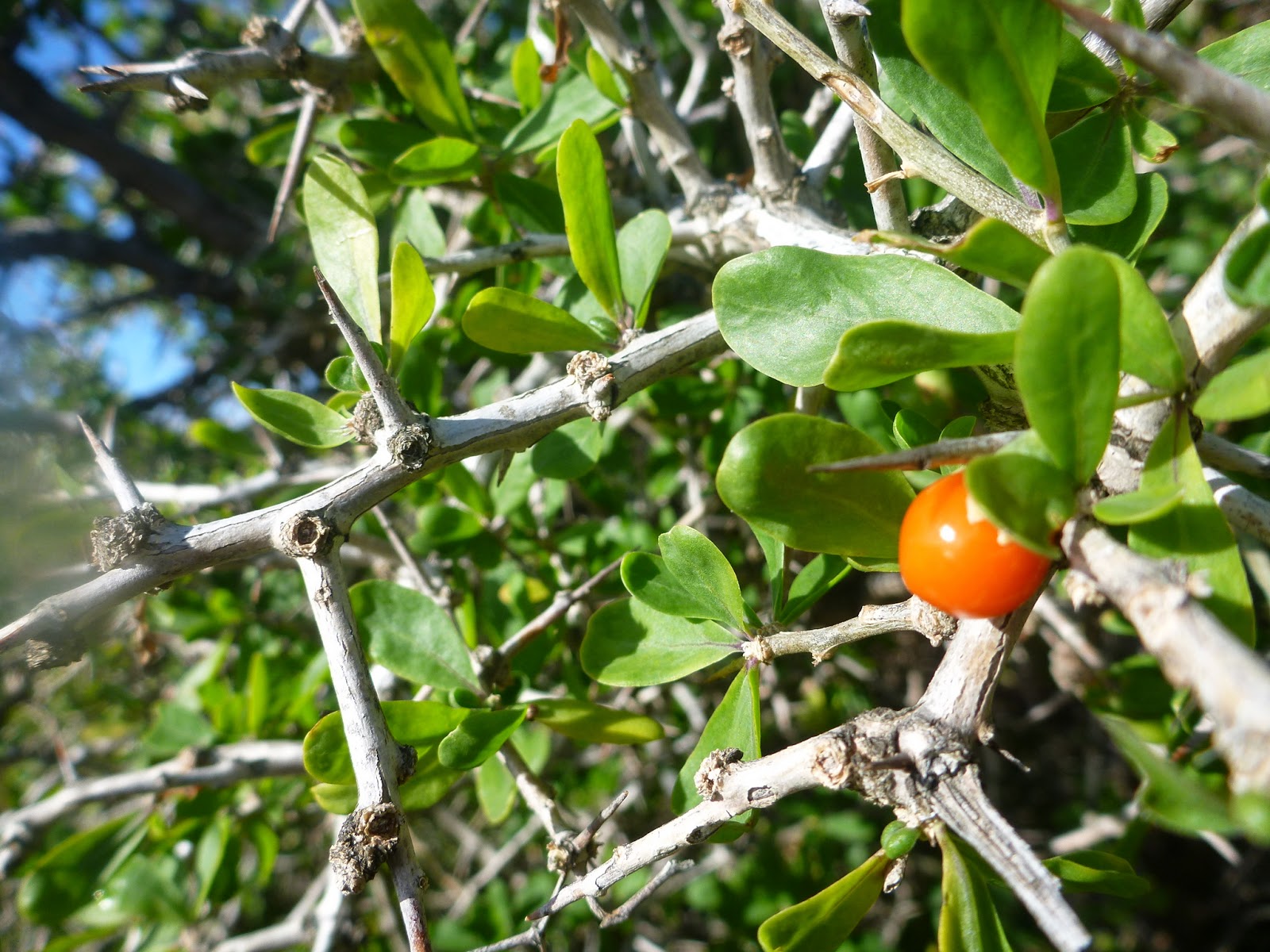 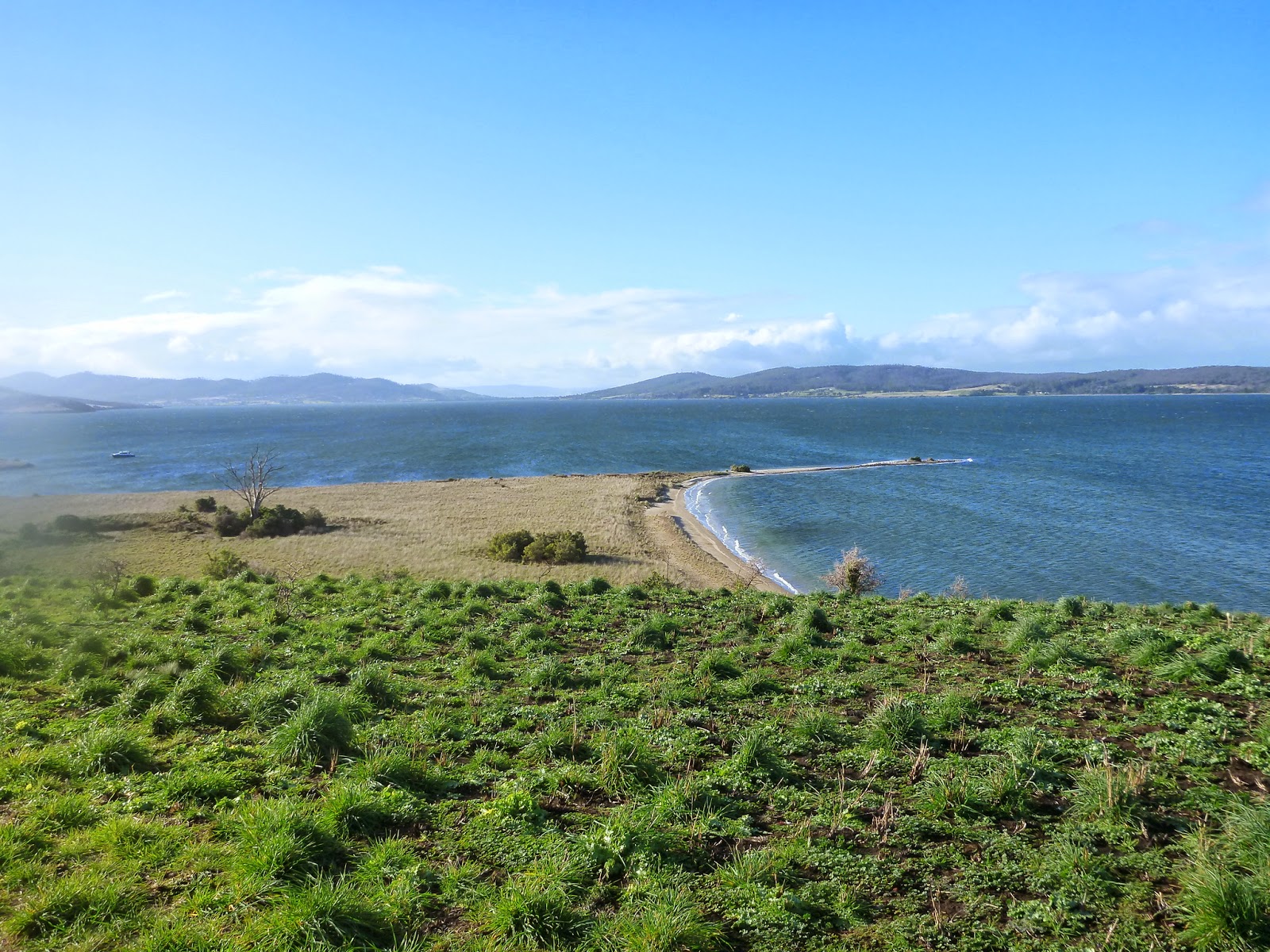 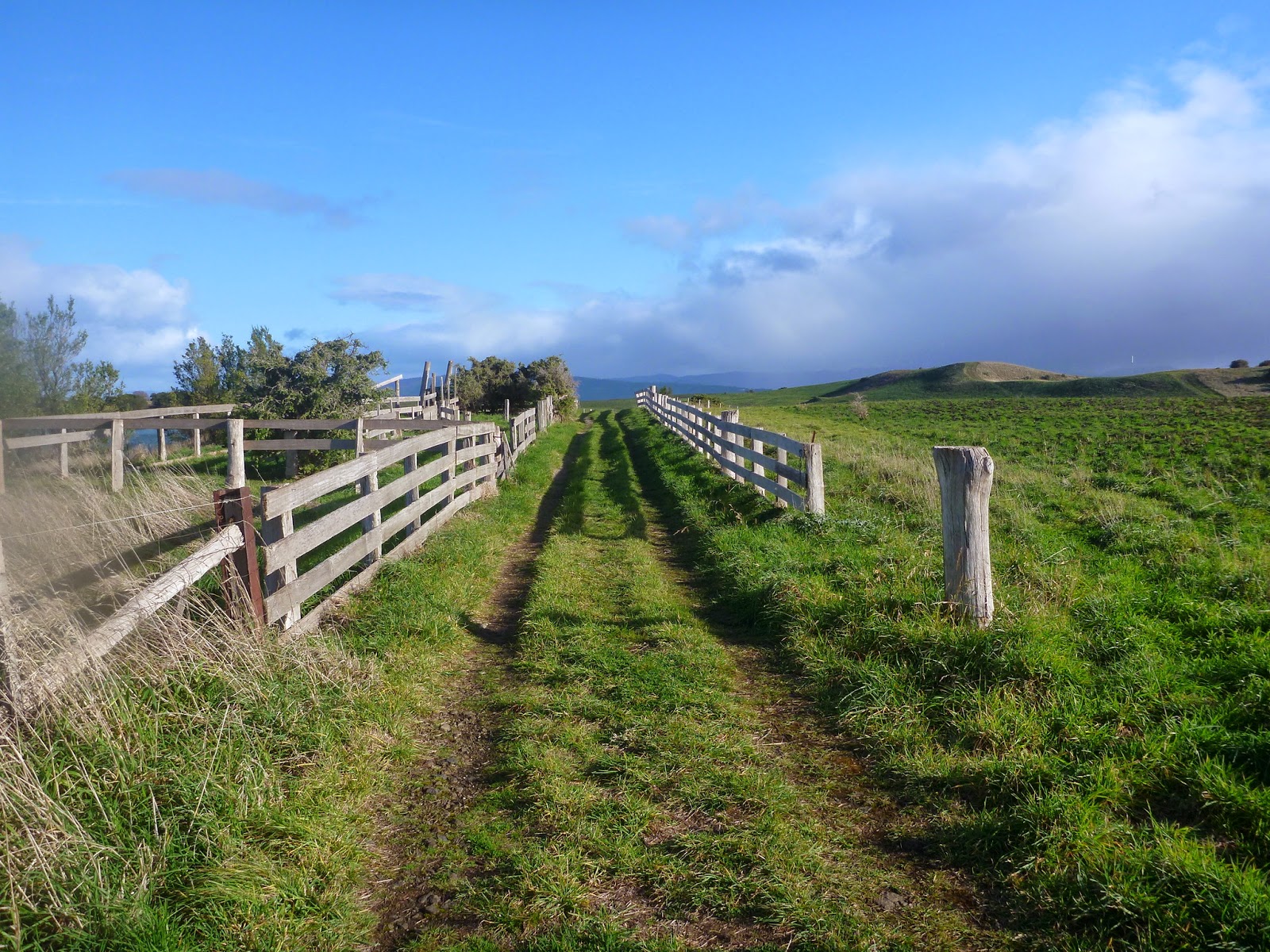 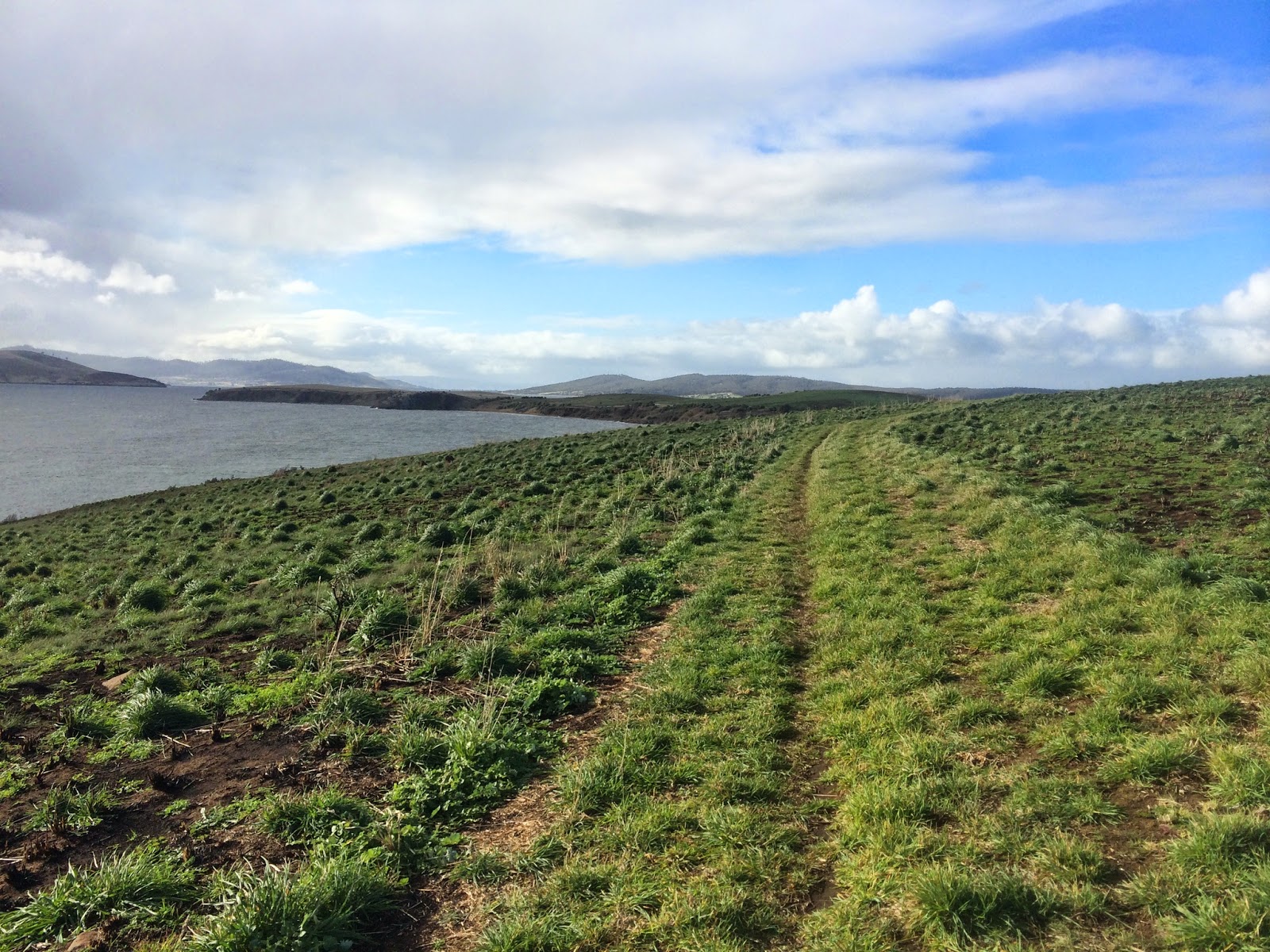 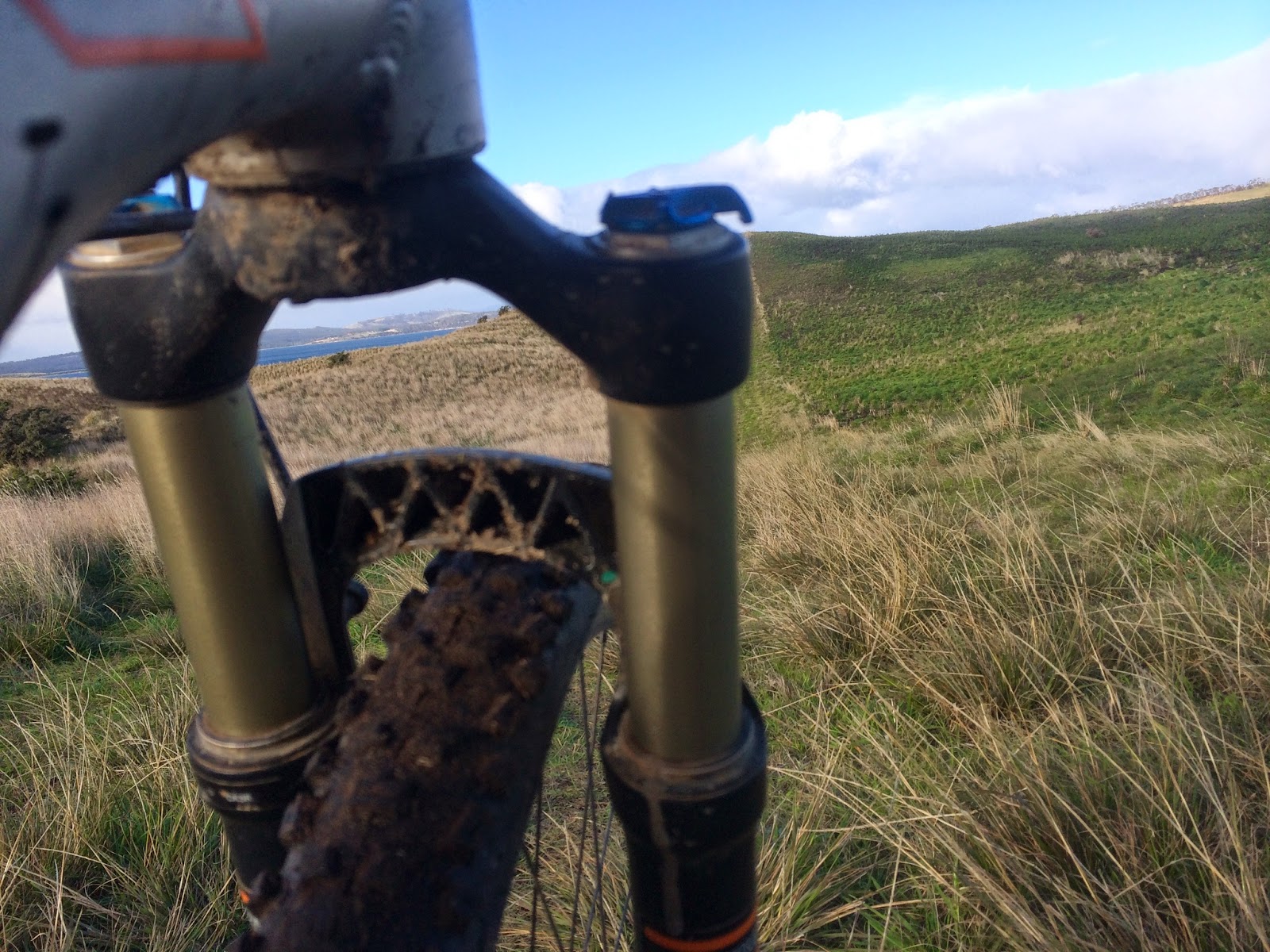 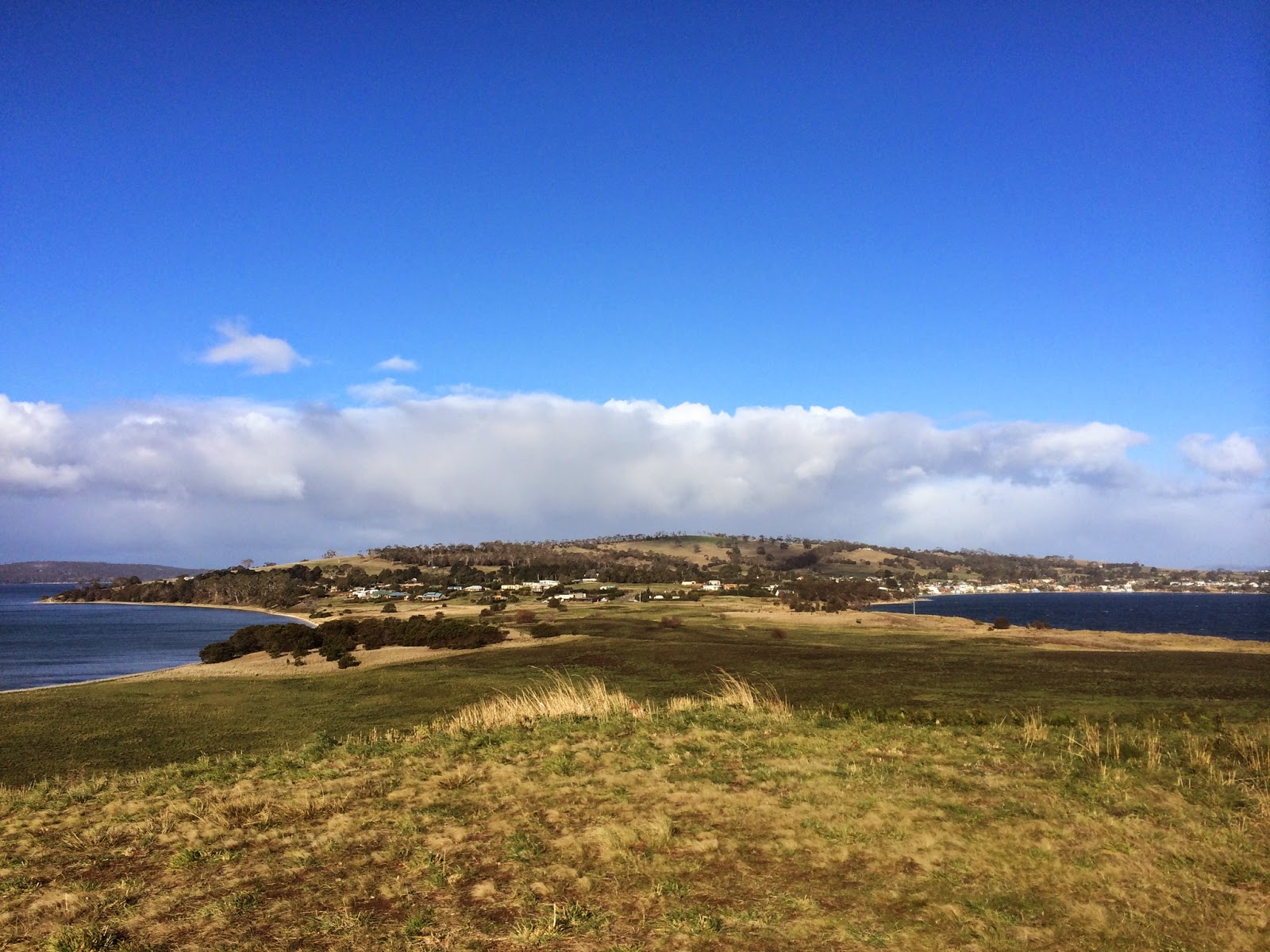 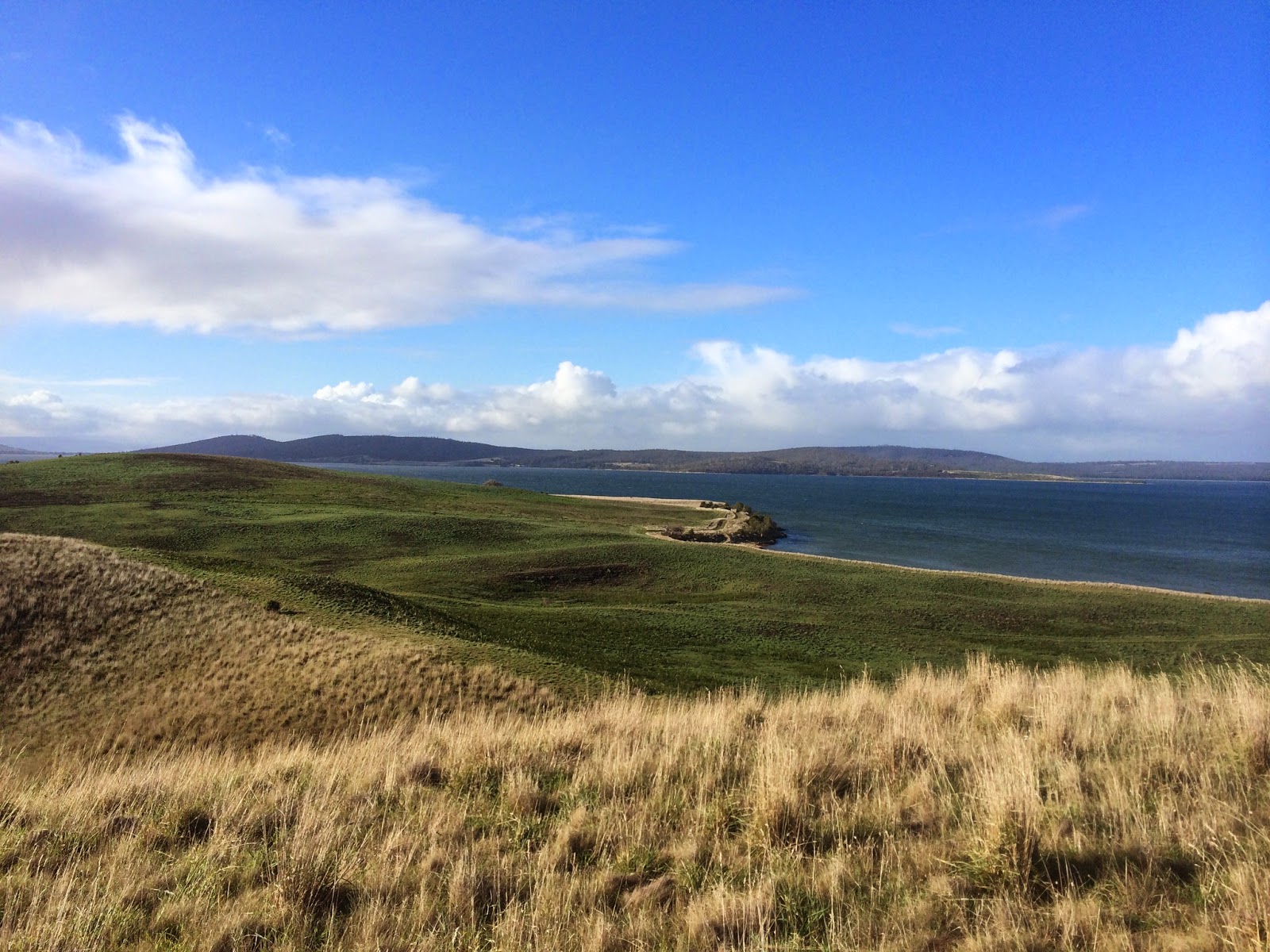 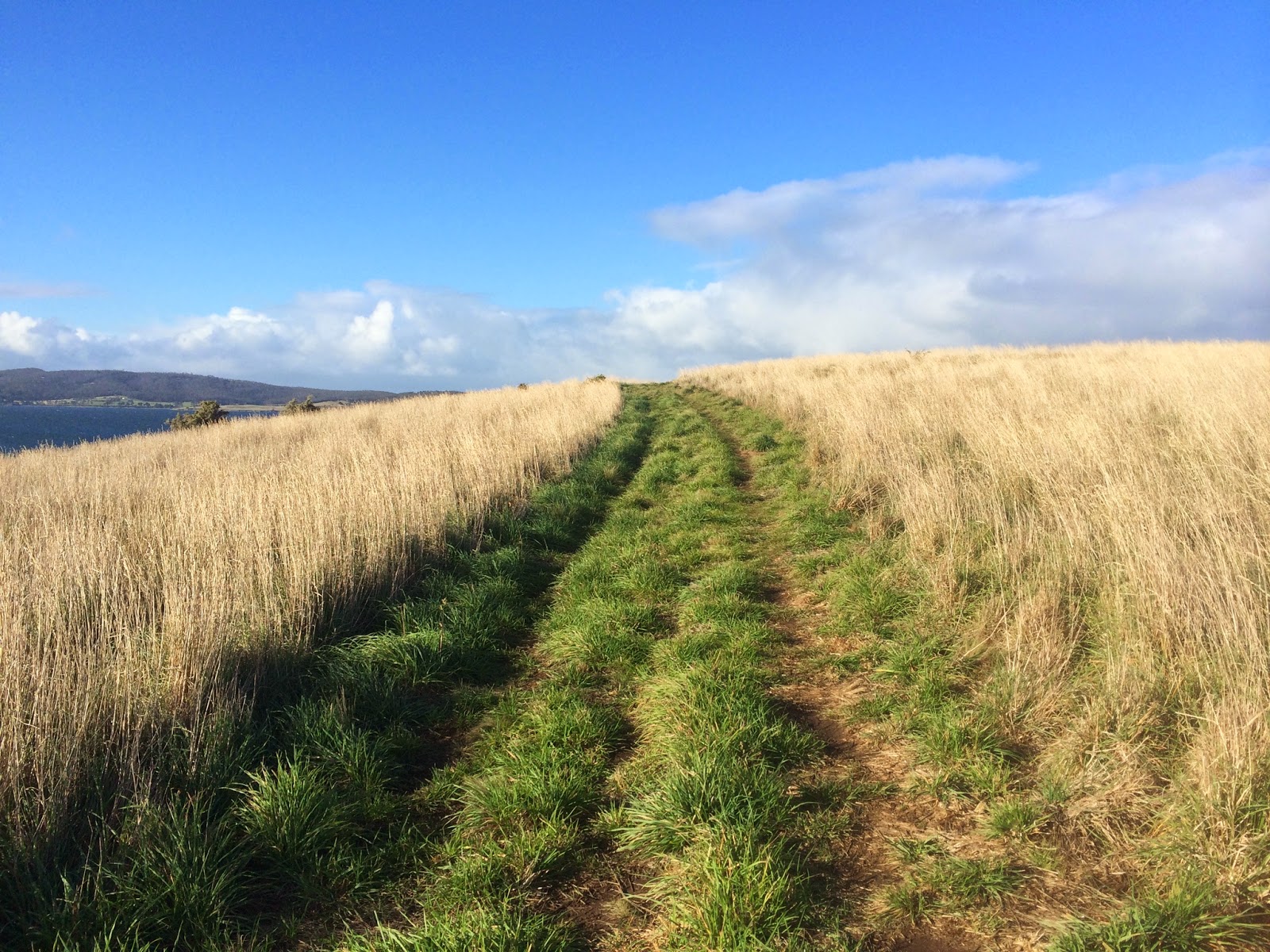 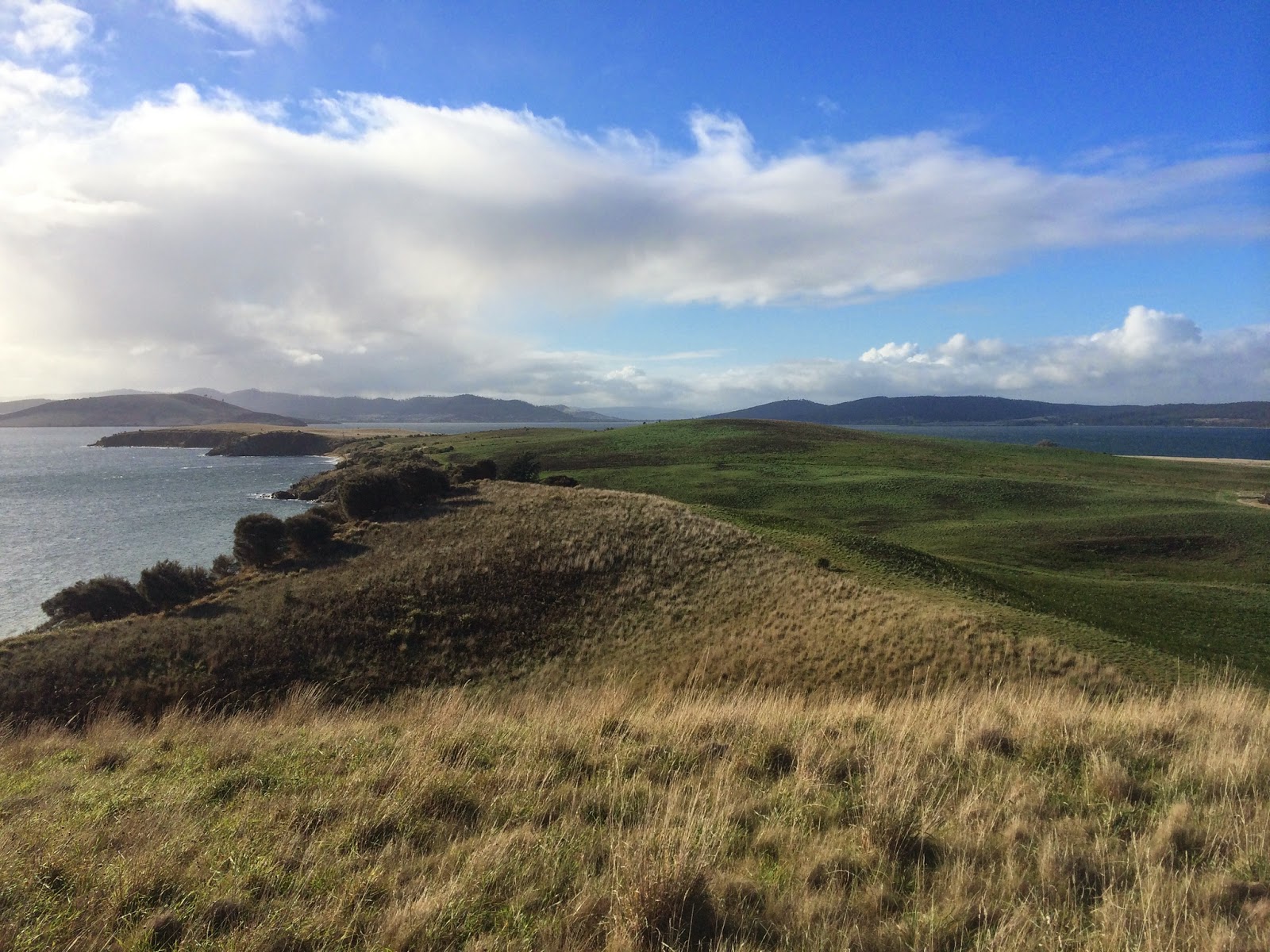 It’s a short 6km loop, best done in a clockwise direction in my opinion, so turn left as soon as you head through the gate and if unsure where the trail is look up into the distance and you’ll see it heading up the hill and can track onto it from there.  It’s mainly a mowed 4WD track the whole way around, with the option of dropping the bike and wandering down to a few lovely beaches on the way.

Basically I liked this loop, and it’s somewhere I would think of taking the monsters for a days ride around Hobart, but given it’s a 50km drive each way to get there … it may be a while before I get down here again.

And that was Arm’s End for me.