I’m feeling a little sore and sorry for myself this morning, and while I may like to think this was from my efforts at track construction yesterday morning … 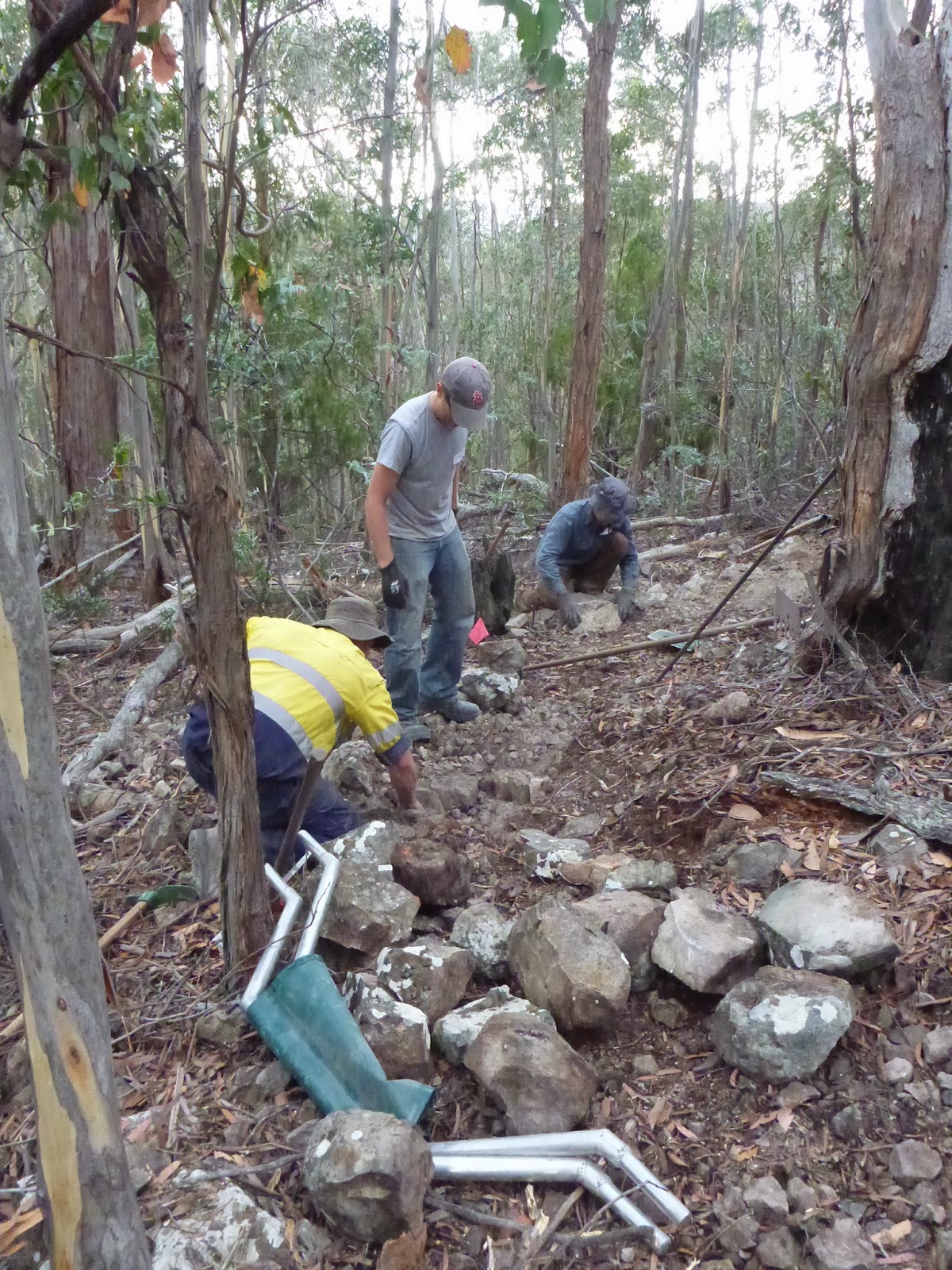 … I suspect it has more to do with the multiple bottles of empty wine and cider which are lying around after last nights election viewing.

Yep, three very important things happened yesterday.  (1) we got a new Government, (2) Kim decided to show me why she should be a contestant on MKR and (3) I finally managed to get along to a track building session to see what it was all about.

Fortunately for you, I’m going out on  limb and saying that I’m pretty sure no one who reads this blog wants to read yet another opinion piece on either the election or wannabe MKR contestants, so I’ll focus on the third of these things … My mountain bike track building experience. 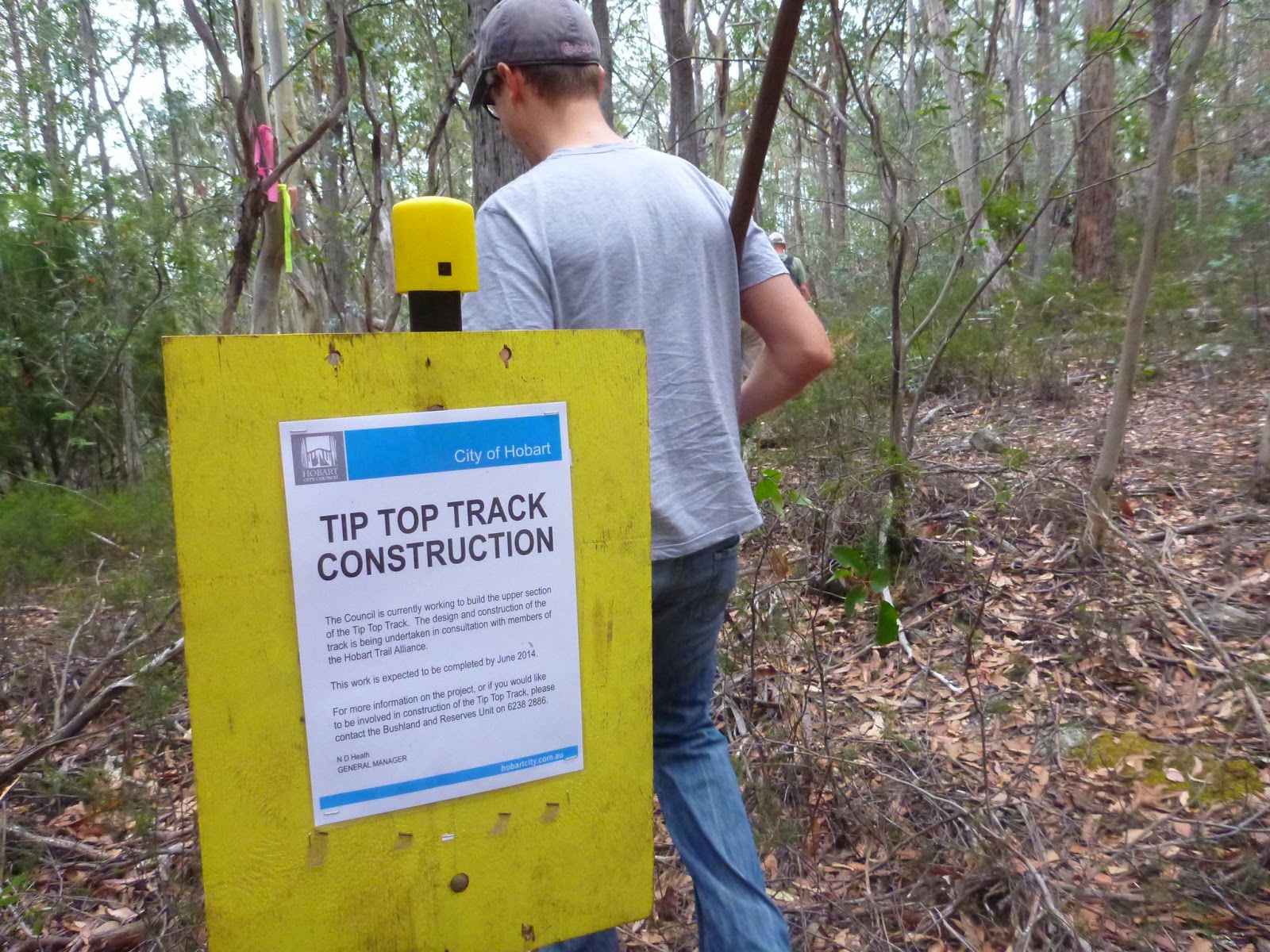 I have to be honest and say that I expected to turn up and find a bunch of organisers who all knew each other and then there would be me and maybe one other person from joe public there.  With this expectation I was pleasantly surprised to find that we had a total of eighteen registered people for the day, most of whom I think actually turned up. 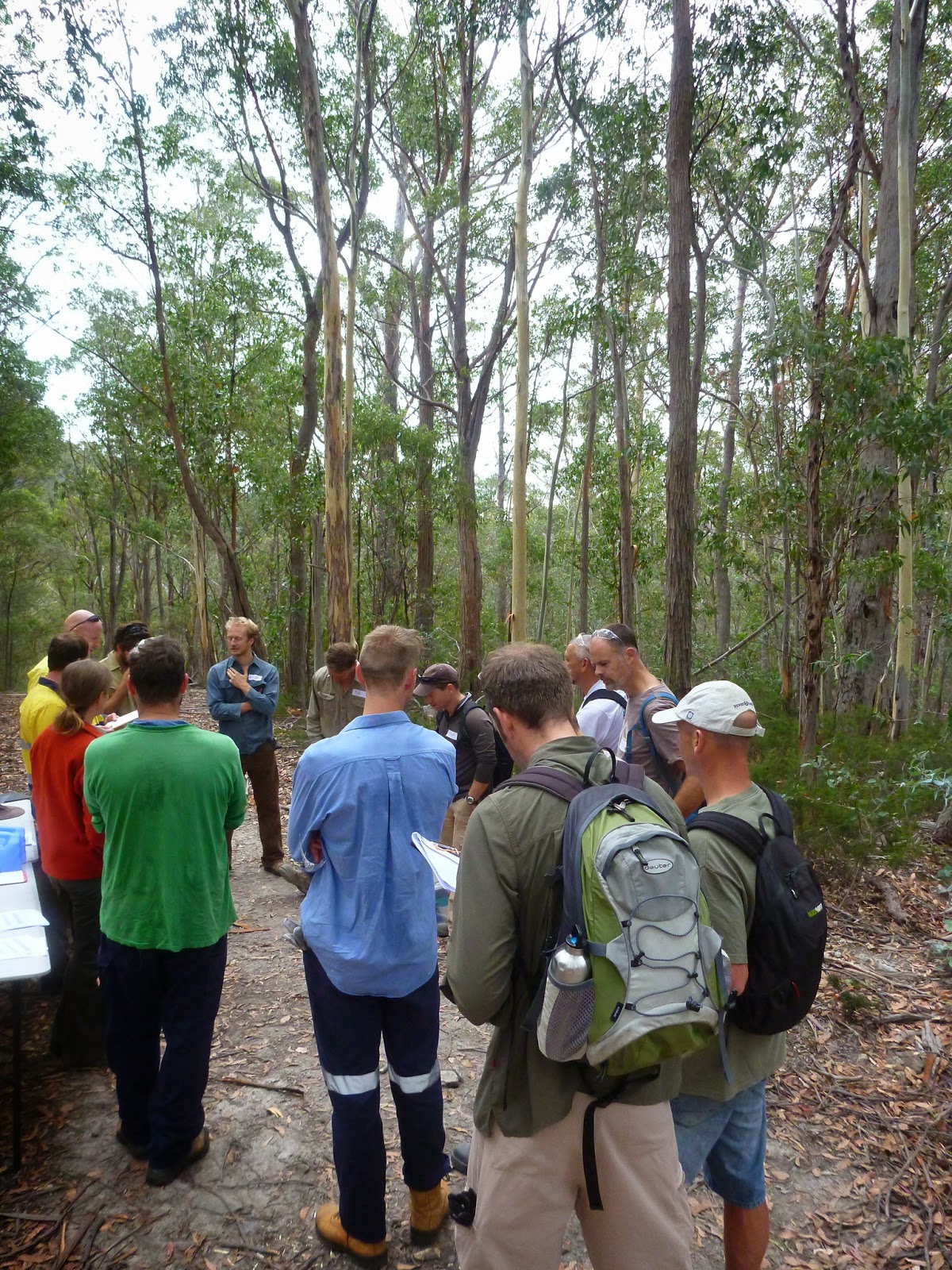 After registering our interest for the event when it had first been advertised, we’d all been sent the concept plan for the track with track building notes so we had some idea of the theory behind what we had to do, and from these I even learned that there is yet another mountain bike ‘group’ in Hobart called the Hobart Trail Alliance which has been leading the charge to get the Tip Top Track reconstructed and opened as a legal trail.

Once on site, and after the necessary safety briefings, one group of volunteers went off to do some ‘track hardening’ work which involved digging up the track and putting rocks underneath it so it could withstand the projected use from idiots like me that use their brakes too much … 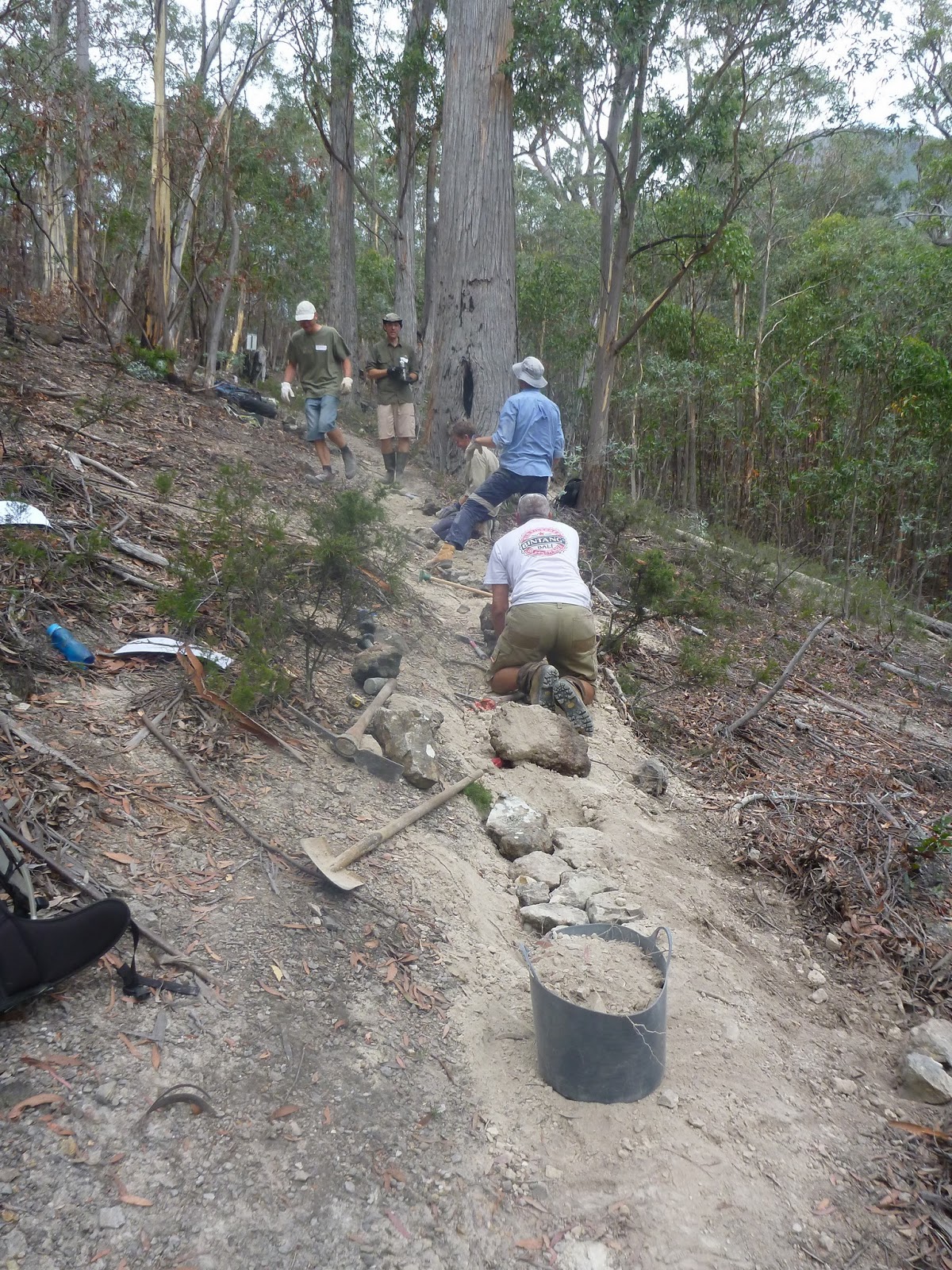 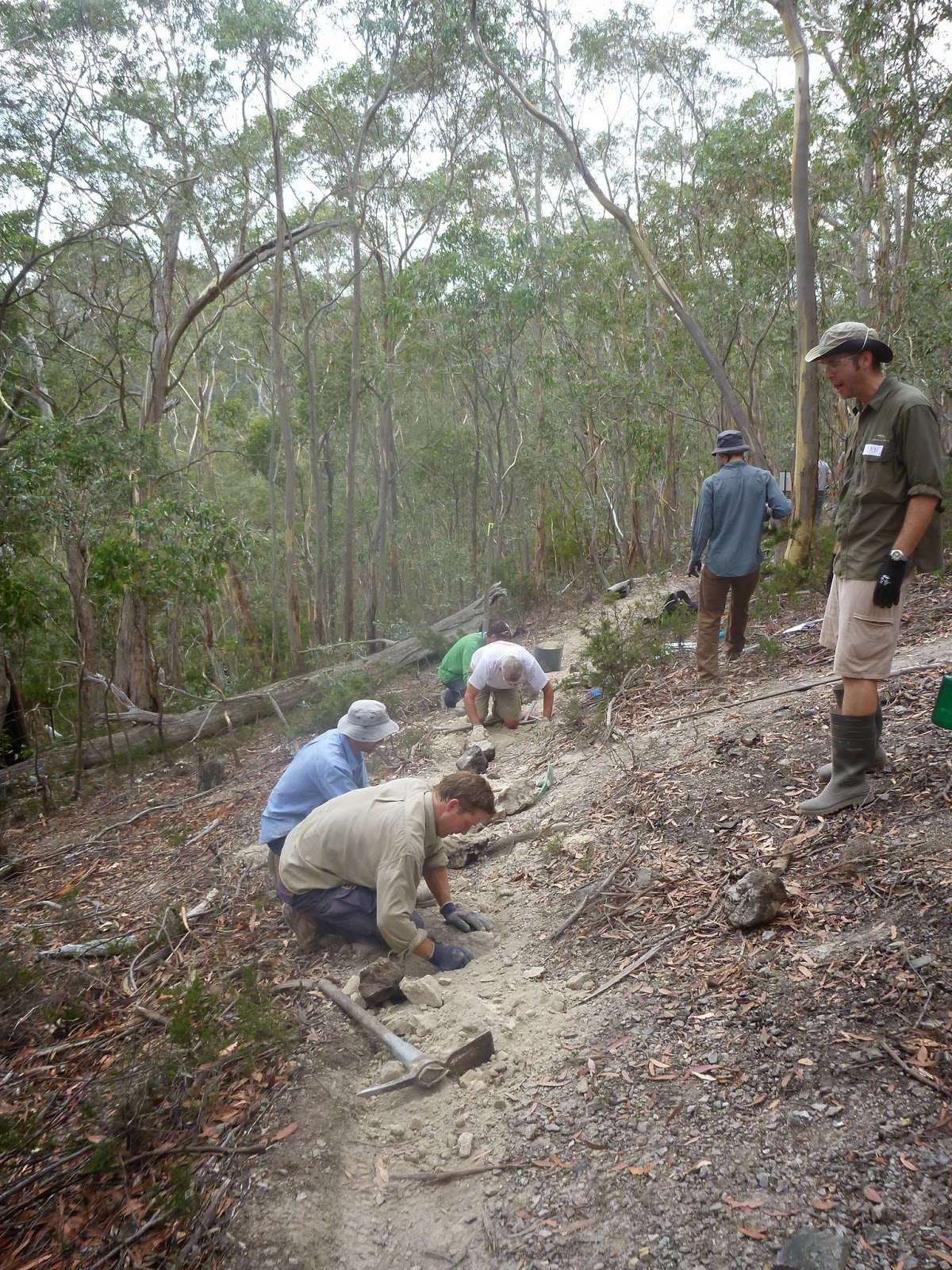 … and the rest of us set too on opening up another new section of trail which involved lots of raking, digging and tidying up.  I once spent a month in Montana just building trails, and have to say that I really enjoy this sort of work because at the end of the day you actually get to see what you’ve done … as against just having another few sections of a report written like I do in my current day job. 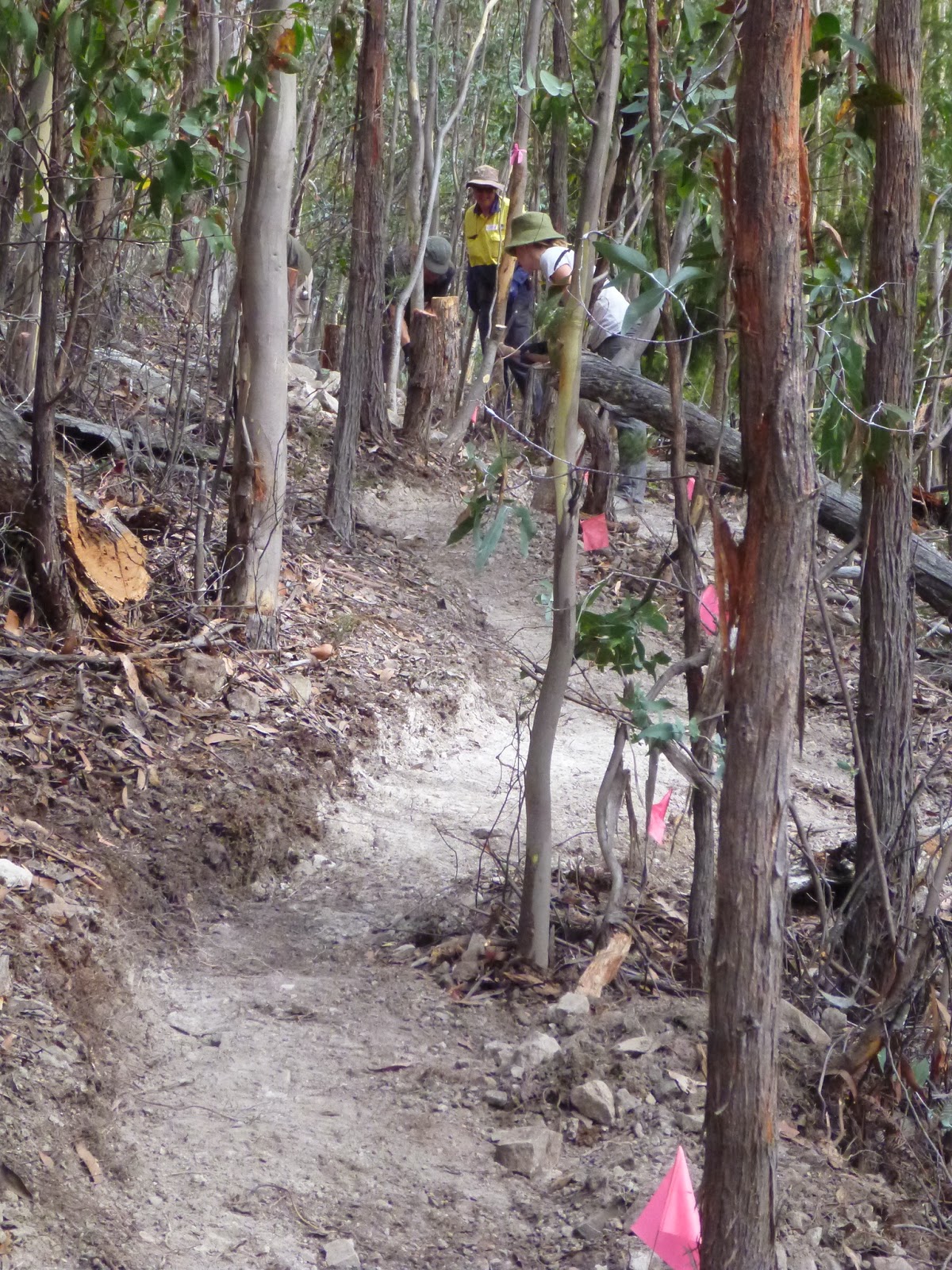 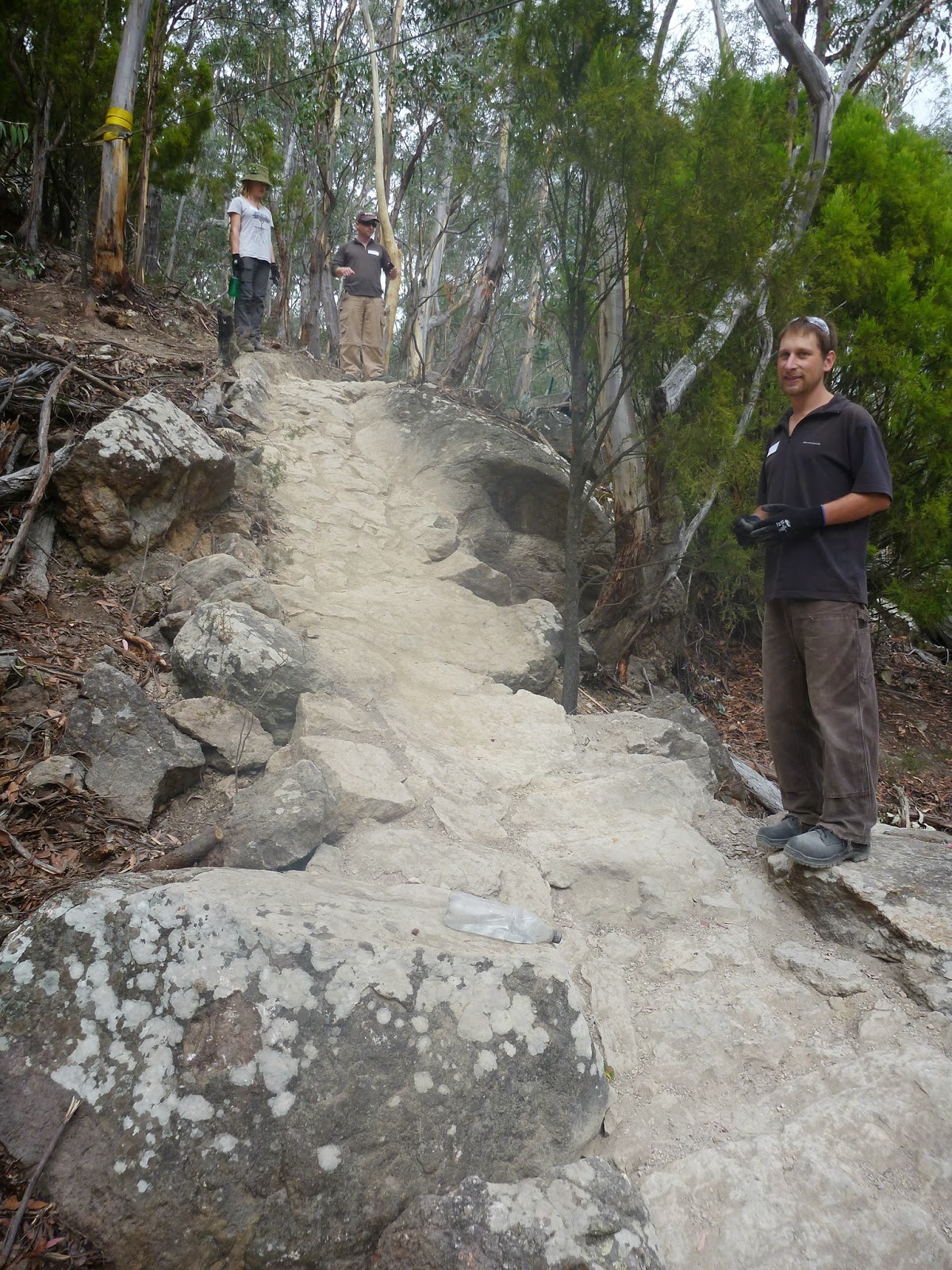 The day was supposed to run from 9am to 1pm, but we were asked to work for an extra thirty minutes, which I was initially happy to do, but then lost enthusiasm for as I realised everything else I needed to do that day (and not because I was working on a tricky rock section that I found hard – honestly).

However, despite the extra 30 minutes (or maybe 16 minutes in my case), once I had a BBQ sausage and a cold coke in my hand, the world looked good again and more importantly I felt good having given a little bit back to the MTB community. 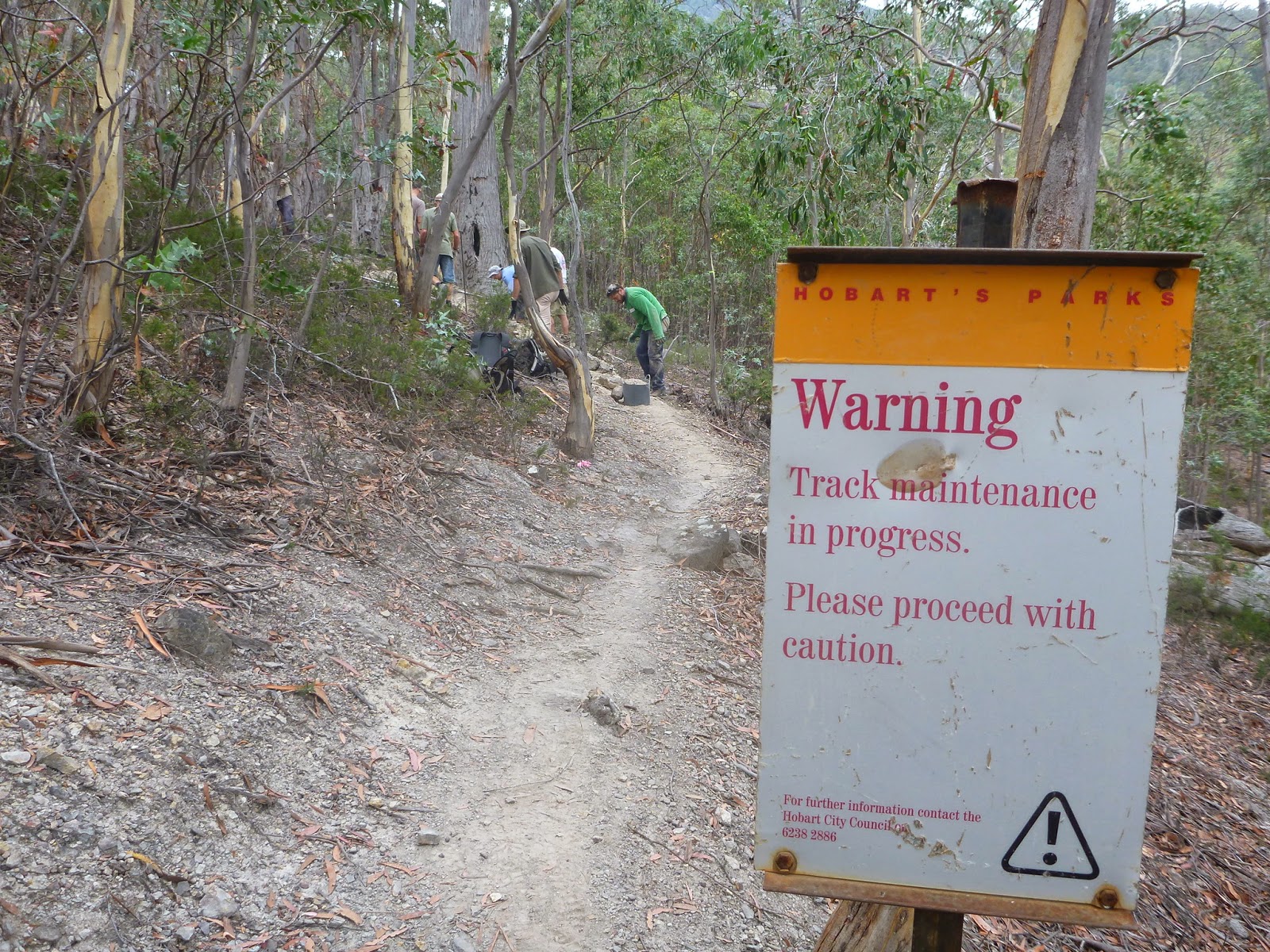 There are two more trail building days organised, one on the 12th April and the other on 10th May (check out tassietrails for more details)  both of which I unfortunately can’t make due to prior commitments.   I’m no salesman, but it’s good to give back and it’s a great way to spend a morning meeting and working with like minded people … many of whom have stories to tell of trails I’ve yet to ride … and that always makes things worthwhile.
Even better by being there and breaking trail, I got first dibs on naming the track … 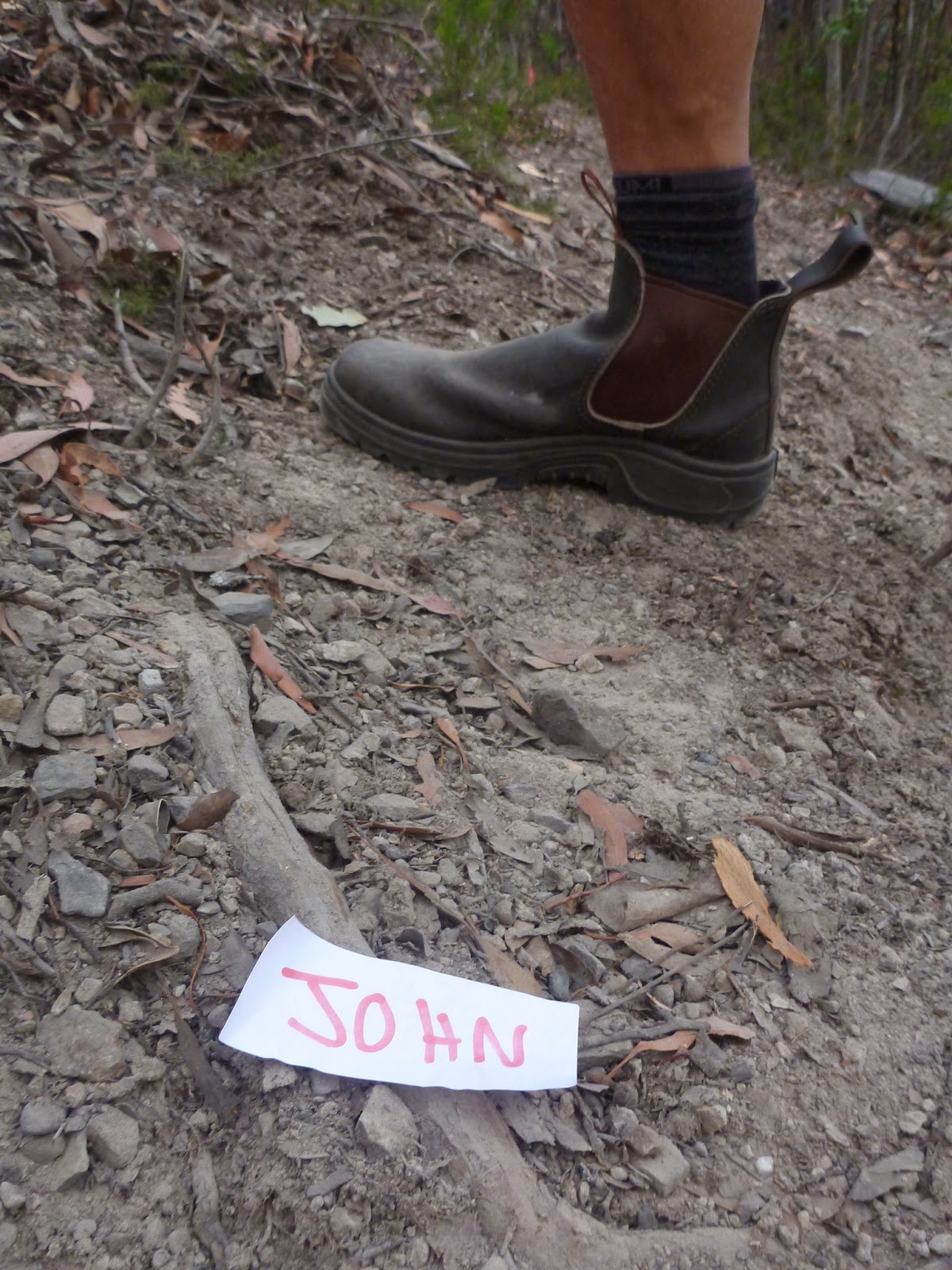 That’s how track naming works right?
I think it is, so whoever gets around to putting it on strava, you just remember that it’s John’s tip top track.
You will also notice that I haven’t mentioned where this track is and that’s deliberate.  Many of you will probably already know where it is, but the thing is … why not show some respect and let the thing get built properly and opened up before riding it … especially seeing we’re the ones building it and we’re creating a cooperative model that could be extended further around the Hobart region to get more well built and legal tracks into the future.
There ends the sermon … now back to nursing this hangover of mine.