I meant to join a group from work who were going for a ride out along the new Sandy Bay Cycleway at lunch today, but as usual I got stuck in a meeting and so left thirty minutes behind everyone else, couldn’t find them, and so ended up riding it alone … 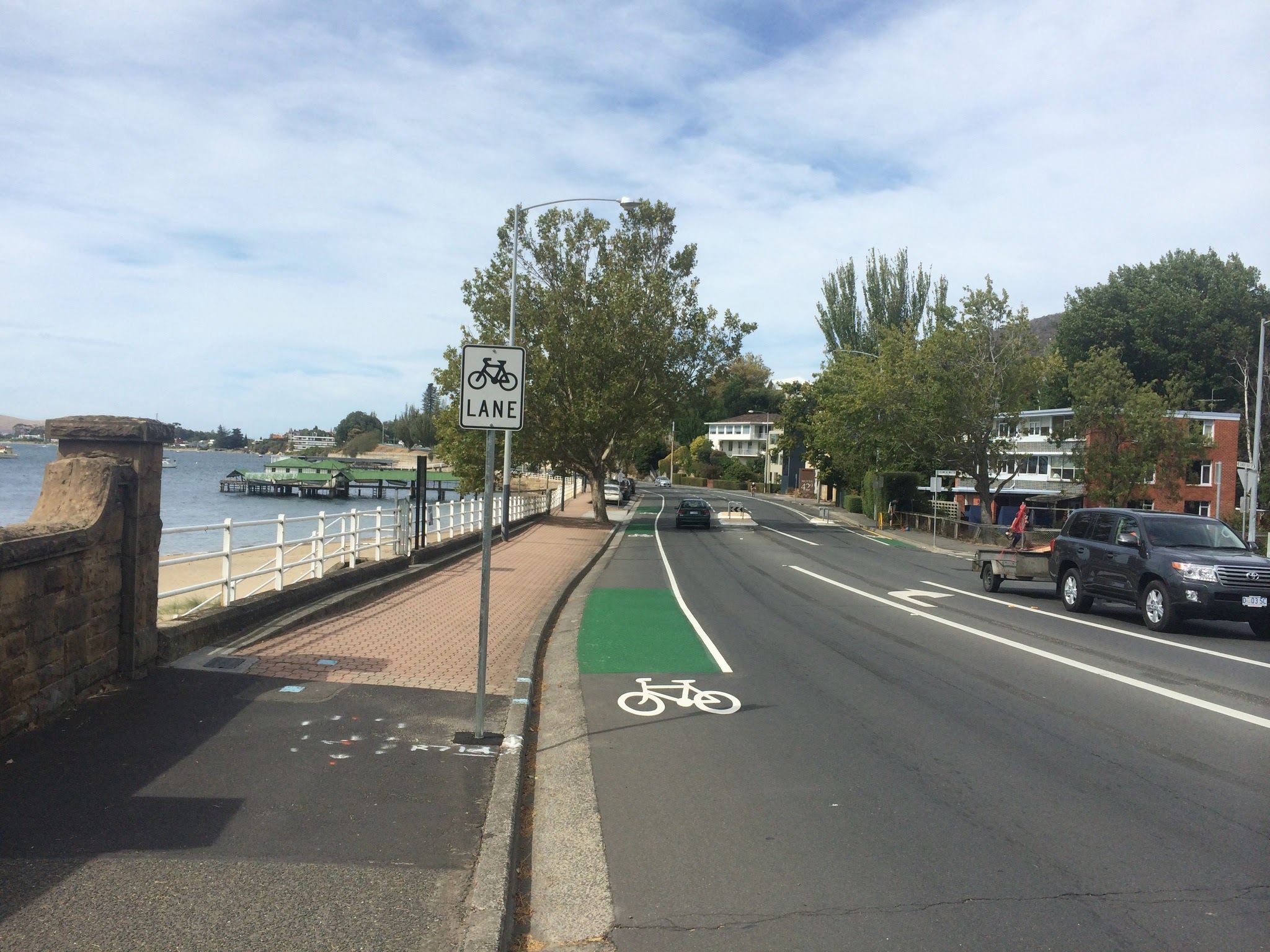 If you’re a fan of the new cycleway then please stop reading now as I am about to say things you won’t like.

Let’s start with my opinion on this new cycleway, and so there is no confusion let me give it a score out of ten.

The score I am giving it is … a two (yes, I am watching MKR as I type this, and yes it is influencing what I type).

That’s right, I’m giving it a two out of ten.

I’m sorry if that hurts anyone’s feelings but quite frankly it seems to me that they have taken a perfectly wide, safe section of the road which was always pretty darn safe and easy for most cyclists to ride along and they’ve now made it worse.

So maybe I should have given it a minus two out of ten. 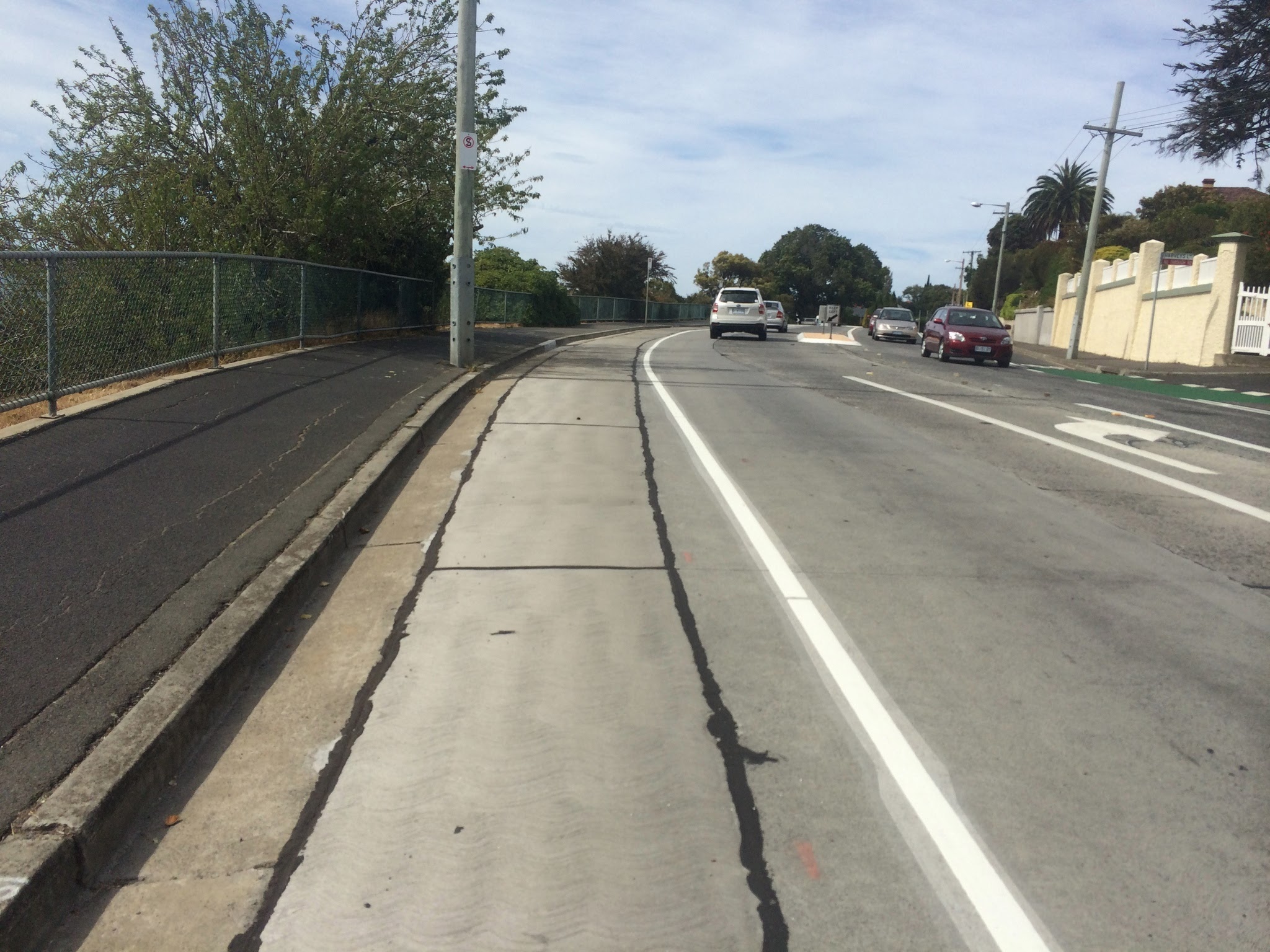 It was always plenty wide enough to get up and not have any problems with cars coming up behind you with the added advantage that for the 99% of the time that cyclists weren’t on this road, cars had two lanes for a short while and could overtake each other.

Now for 99% of the time there will be no cyclists in the lane and motorists will just get frustrated at the cyclists who aren’t there and don’t need that cycleway anyway.

I therefore don’t see why this was a priority or even seen as a good idea … it just seems like it was done because it was easy.

Then there’s the placement of the lane … 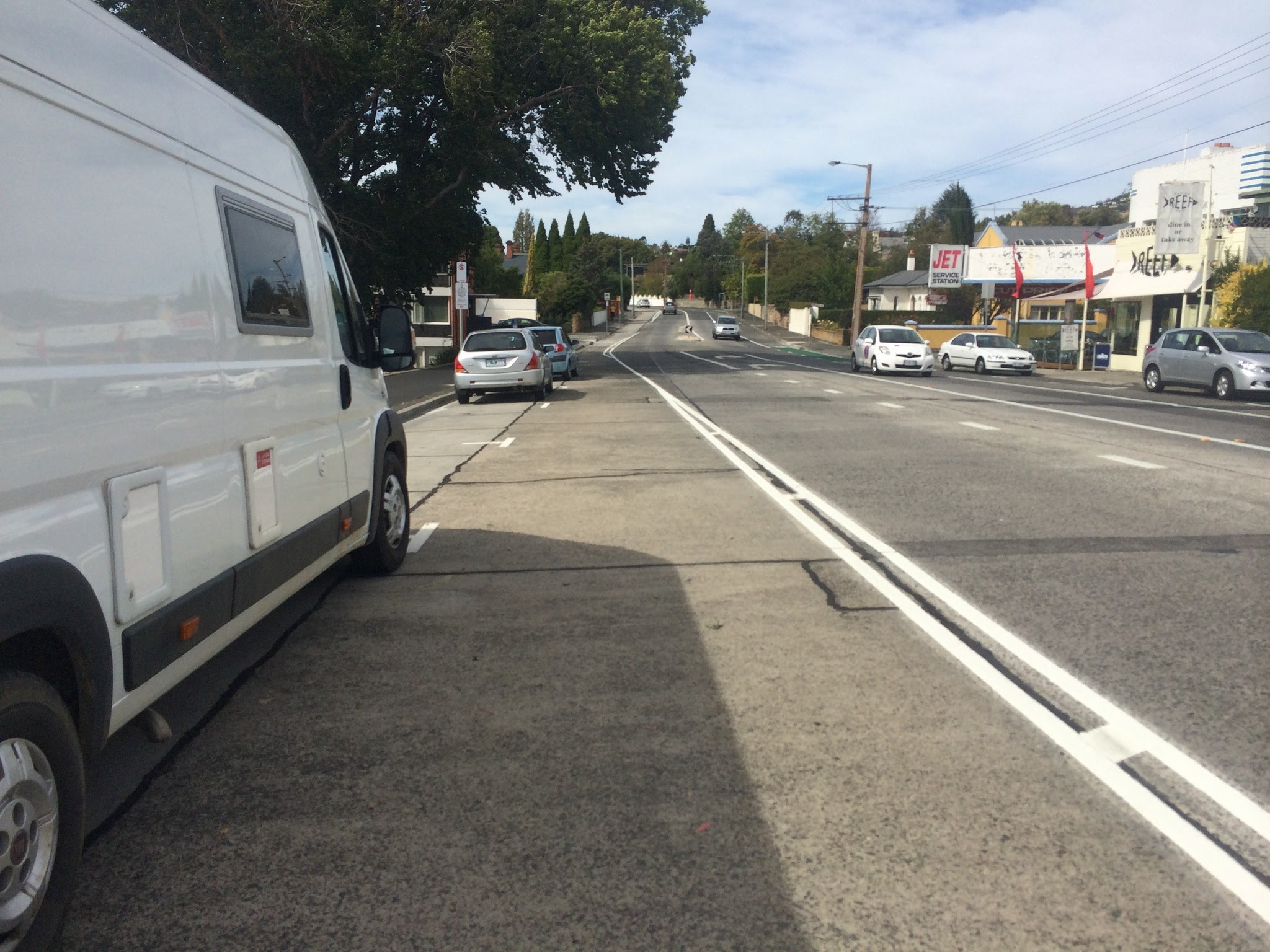 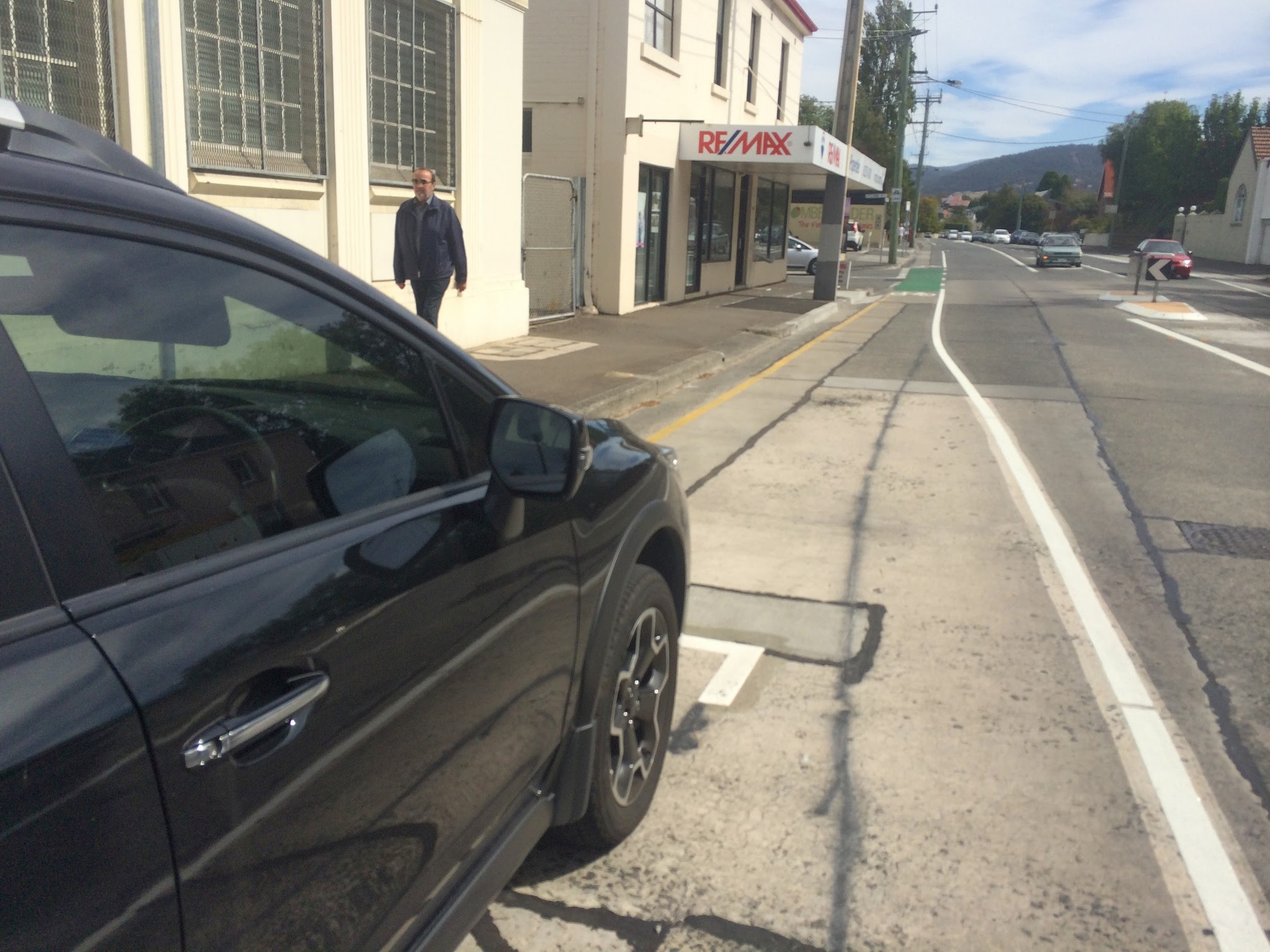 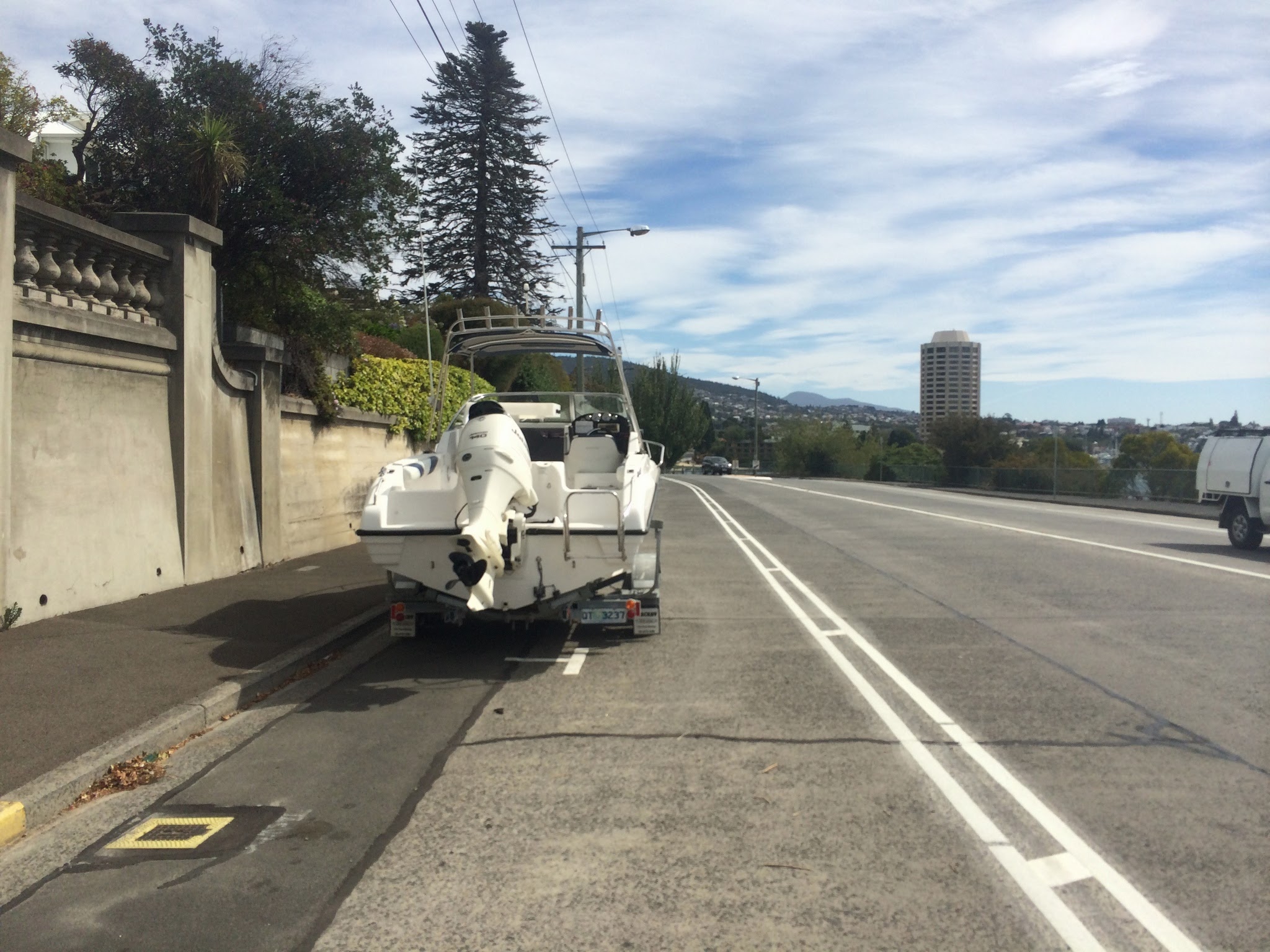 … right in the doorway zone of all the cars that now park on the inside of it which in my opinion makes it pretty unsafe for inexperienced cyclists, and for that matter cyclists who want to get up some speed.

There also doesn’t seem to have been any attempt to seriously separate the cycling lane from the traffic lane … just a single white line along most of it, and then when you get to the location where you really need a cycling lane … (ie. on the city side of the Casino lights) … it of course ends leaving you to navigate across four lanes of traffic and around parked cars to get onto Marieville Esplanade … which is where they’ll probably pick it back up again because it’s not needed there either. 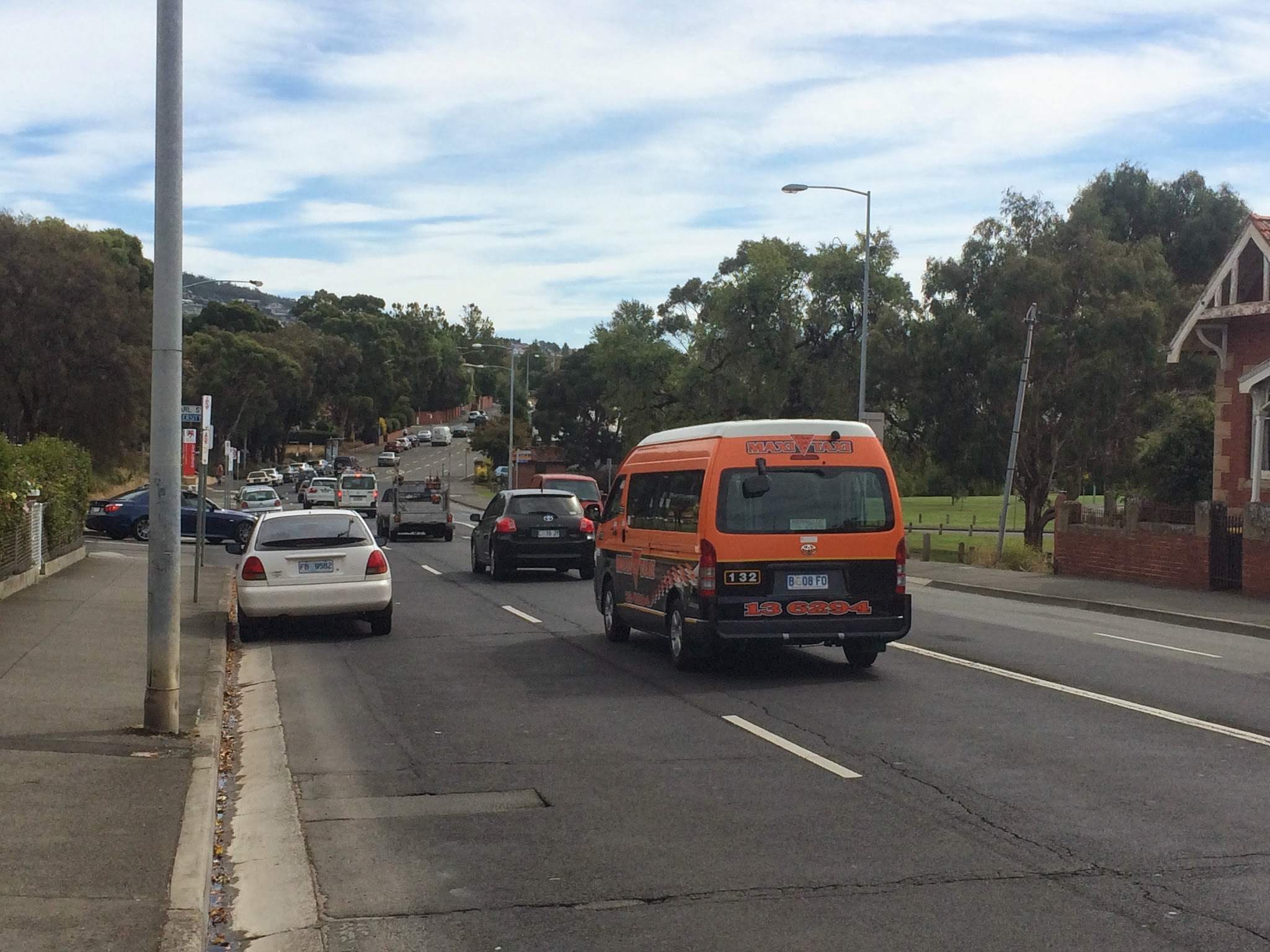 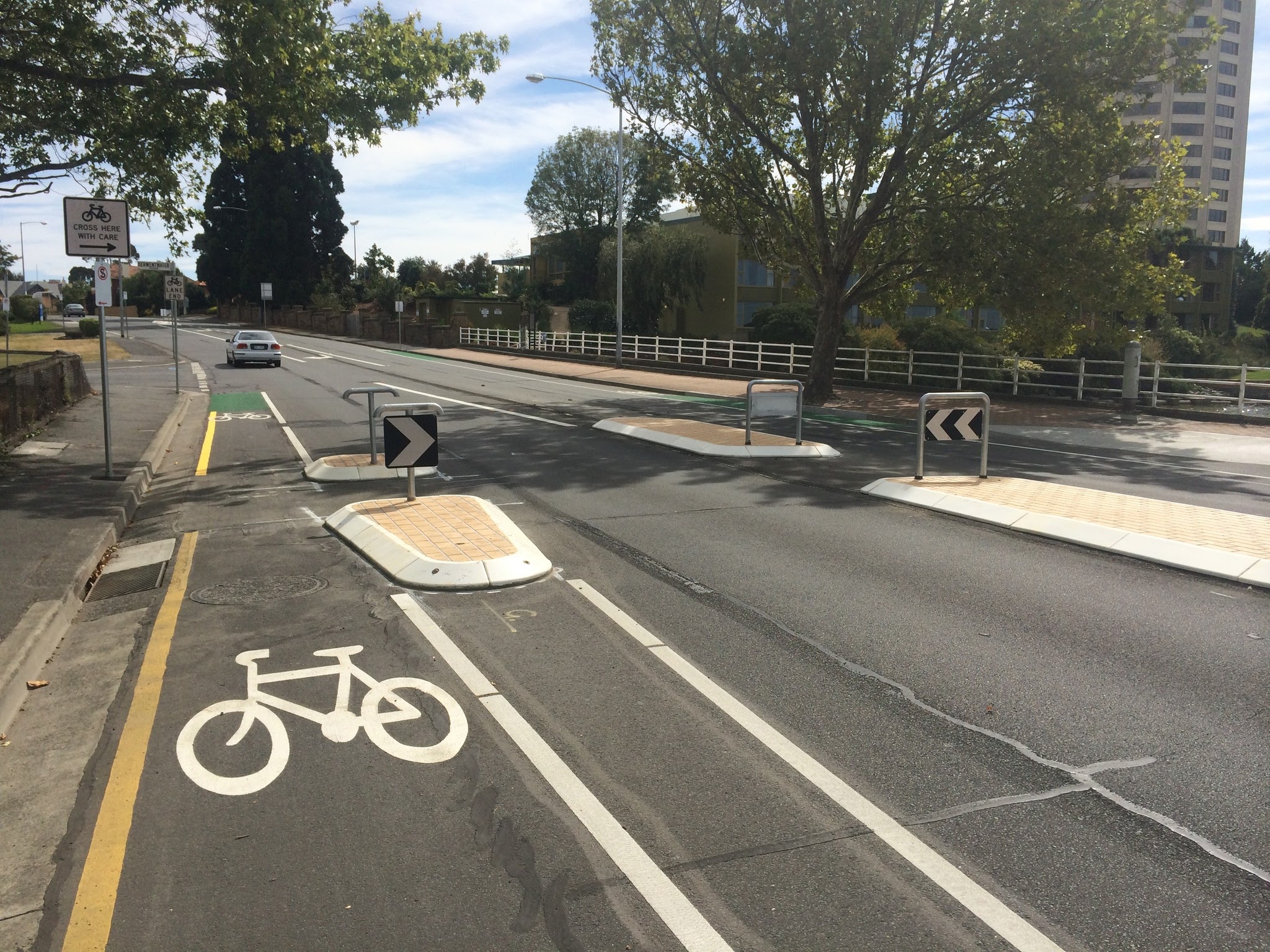 A decent pedestrian walk which doesn’t force cyclists out into the lanes of traffic (see this post for my beef on that topic), but all that does is lift my score from the aforementioned minus two up to a positive two out of ten.

I’d love to say positive things about this cycle lane, I really, really would, but after so much money and effort spent on consultation with the cycling and general community about what should be built, to see this as the on the ground output … well it just makes me despair.

Two out of ten … I know you can do better, and I’d like to see bicycle design on a plate next time you cook …  I mean build a cycle lane.

Think I’ll go back to MKR.