Back in July last year, I celebrated passing a bit of a blogging milestone … two years of blogging and 10,000 reads.

Although I set this blog up just for me as part of the post-twisted-one’s healing process, it was still kind of nice to know that someone other than my mother and Kim was finding what I was writing of some interest. 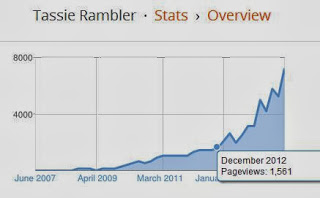 Well, another year has passed and I’ve quietly celebrated a few more positive milestones since then:

There’s also been some milestones which haven’t been so good.

tassietrails got hacked and taken down, not once, but three times in September due (I eventually found out) to a legacy piece of software which had a known vulnerability to hackers … you can see the loss of data in the graph below as after the third hack (and not knowing how they were getting at the site) we decided to delete all users, change all passwords, lose seven days of data and go back to an old version of the website …

and the there’s the monthly upload milestones for tassietrails.org

I’ve had to upgrade my web hosting service twice in the last year, firstly to migrate over to Australian servers because the US ones were becoming too slow, and then a second time back in March because downloads had doubled and I was nudging up against my 4GBs of monthly download.

So I doubled it thinking that would be that.

Much to my surprise, just four months later I again found myself getting warnings that my site was nudging up against my new 8GB limit.

This didn’t seem right, and with a bit of web site optimisation (namely realising that the background image and web site icon that was getting downloaded every time someone visited the site was chewing up quite a bit of bandwidth) I managed to get things back under control, and my site continued on.

Three months later and despite the optimisation, at 12:37 today my site exceeded its monthly 8GB limit, and went down … 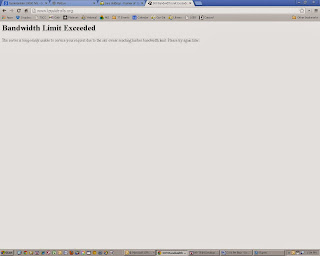 On one hand I’m really happy that there are people out there who are finding all the tassietrails.org stuff useful (visitor numbers and visits are increasing rapidly …) 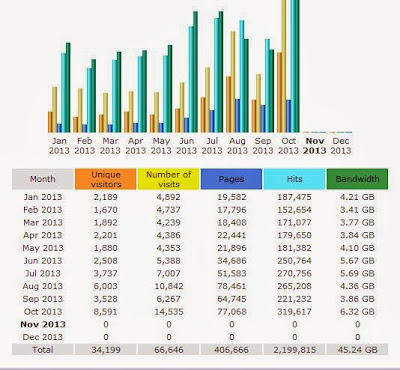 But on the other … this means more hours that need to be spent analysing download data and seeing if I can squeeze a few more months out of my current plan before upgrading again.

I’m starting to wonder if I’ll ever get to ride my bike again.

Funnily after typing this up at lunchtime, I then went to a divisional workshop where our big boss came and gave a speech about Tasmania’s future … encouraging us not to think about just where we will be next year (elections and restructures are on everyone’s minds), but to try and think where we will be in 10 years, and the changes, challenges and opportunities in front of us when we look out that far.

I deliberately don’t write about work here, but I have to say his talk inspired me.  So for my little bit for Tassie, I bit the bullet and just paid for the upgrade to get my server bandwidth up to 12GBs.