I have been dreading today since I left Salzburg. 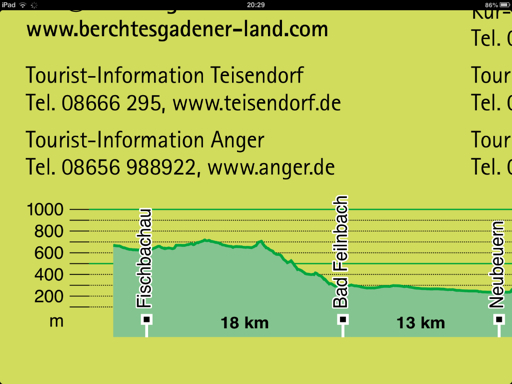 … and I was in Bad Feilnbach and going form right to left, not left to right.

But my motto for this trip is “what will be, will be” and so with only a chocolate croissant and coffee for fuel (it was all that they sold at the campground) I set off to see what will be … 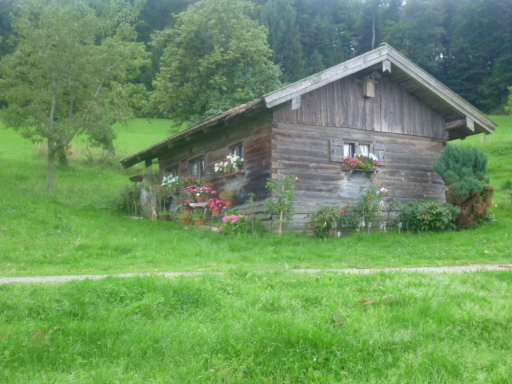 A bit over an hour later, I think I’d clocked up just under 8kms, and it had included some terrifically steep sections of road.

At this point, I’d just passed through a small town and was cranking up another incredibly steep section when I saw a bench just below a crest in the hill and decided that it would be a good place for a snickers and powerade break. 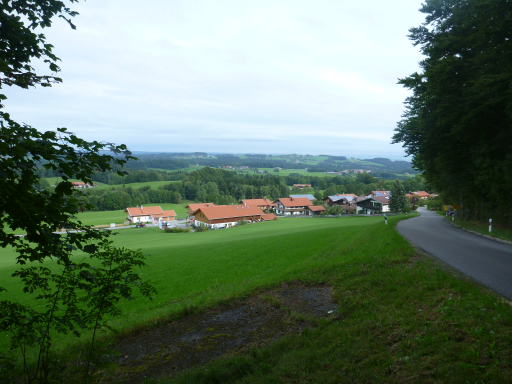 The view from where I’d come. 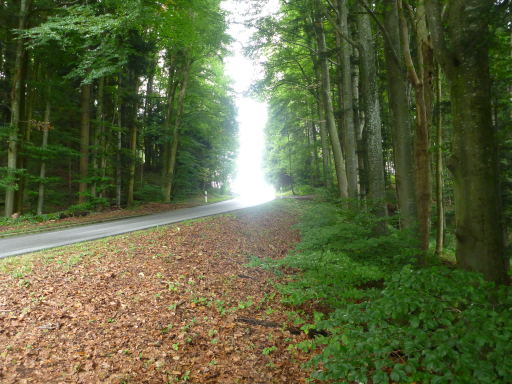 and the road ahead.

After a ten minute break, I psyched myself up for another hours climbing, starting with that first bit you can see in the photo above (trust me it’s a lot steeper than it looks), and then I set off.

Less than a minute later, I came to that crest and discovered that I was at the top. 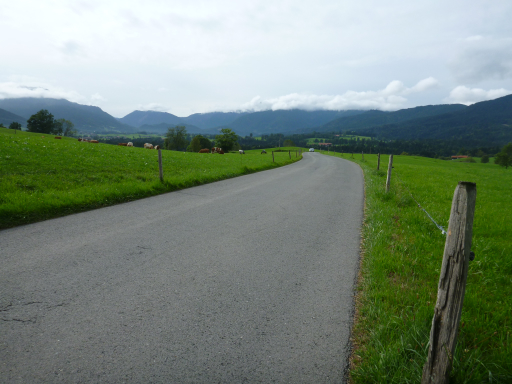 … with a beautiful (and flat looking) green valley opening out in front of me.

The next hour or two’s riding was fabulous as I coasted through little villages, past green valleys and churches and around a lake. Even the Alps poked their heads out from the clouds for a bit to say hi. 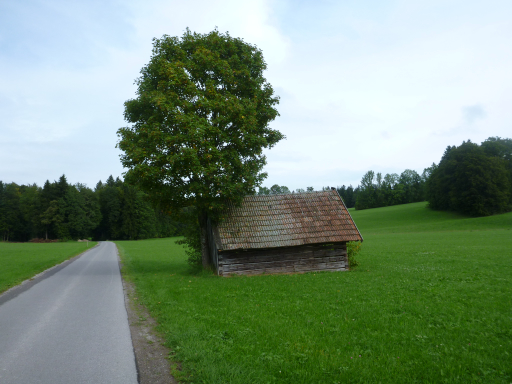 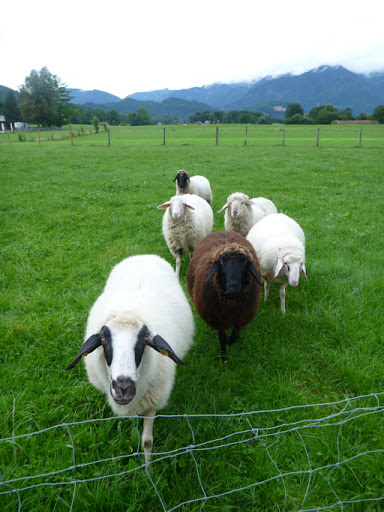 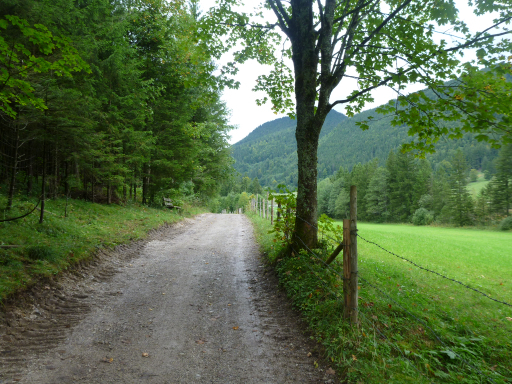 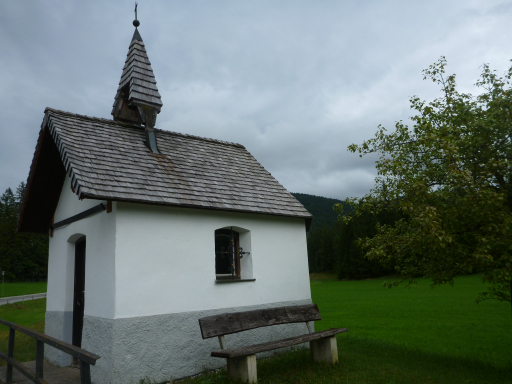 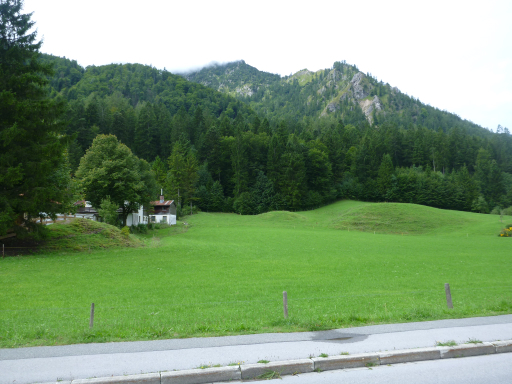 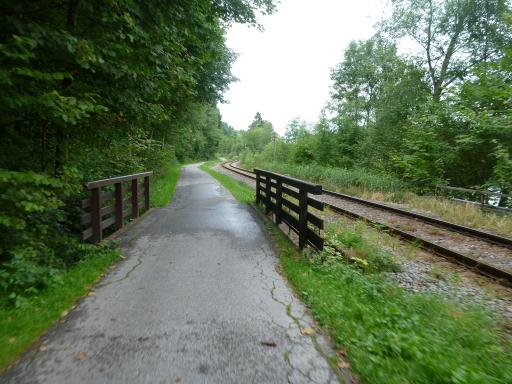 After about 42kms and two more short, but brutal, climbs I rolled into Gmund ready for a proper catch up lunch after feeling like I had been running on empty all morning.

What I found instead was this … 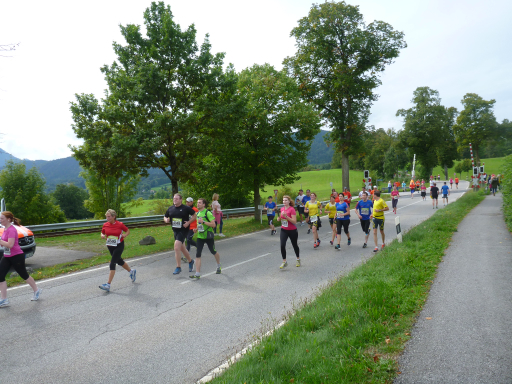 Thousands of people all attending a massive fun run.

The street I was meant to cycle down was blocked off for the start/finish line and every cafe and restaurant was packed, so in the end I detoured around the town and sat up on the hill and cheered on the final competitors as they went past.

Lunch turned out to be a chupa chup and the rest of my bottle of powerade.

The view was worth it though. 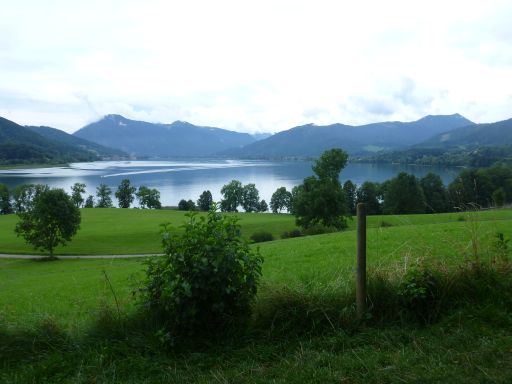 Though I did think maybe I was hallucinating when I saw this guy heading down to the dead flat lake in a wetsuit with a surfboard under his arm … I was almost, almost but not quite, tempted to follow him just to see what he had planned. 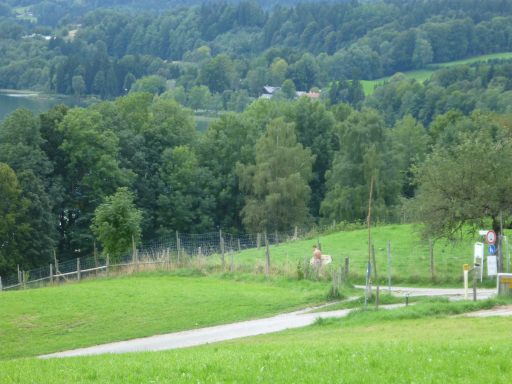 My beloved Gaia App deserted me at this point, deciding for the next twenty minutes that I was somewhere about 30 kilometres north of where I actually was, and if you believed the App I was also going around and around in circles.

I suddenly realised just how dependent I was on the App at this point as I had no other way of navigating except the occasional route sign.

Fortunately Gaia came back to me eventually and I only made one wrong turn in the meantime. 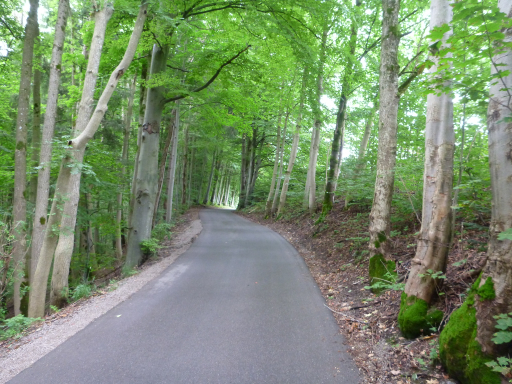 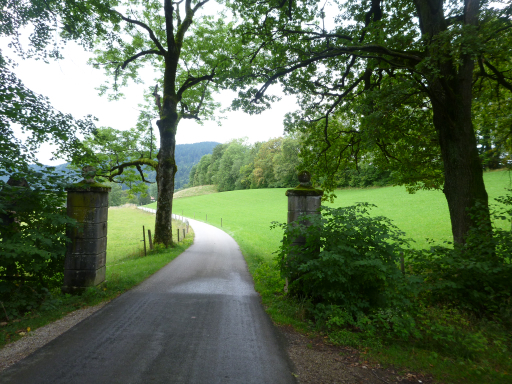 Then after one final (and very annoying climb) up a steep cobblestone pathway right through the middle of a golf course (with several frustrated golfers telling me to hurry up so they could hit their little white balls past me) I started what was a long and very enjoyable descent down to Bad Tolz. 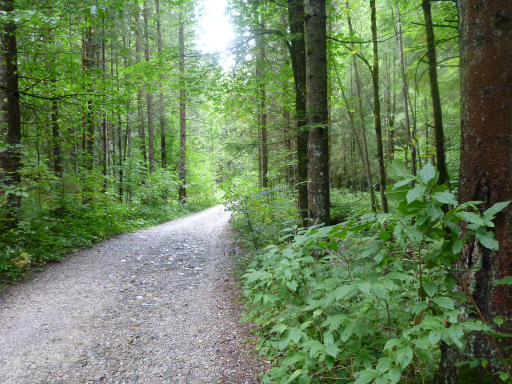 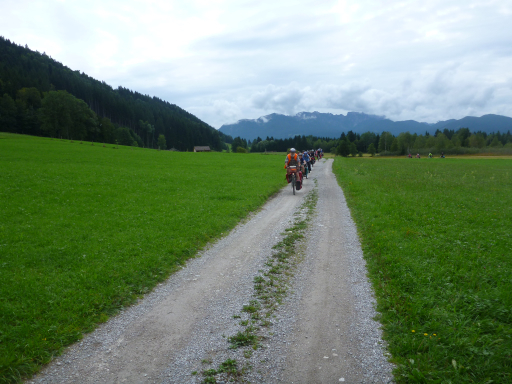 And that, I have to say, was an absolutely magnificent days cycling even if these notes don’t do it justice.

Oh, and the Lasagna, beer, mixed salad and tiramisu went down particularly nicely that night as well.

What will be, will be.