Skip to content
I had two goals this weekend … One was to ride the trails up at Falls Creek and the other was to get into the Mt Beauty Mountain bike park and explore the trails there. 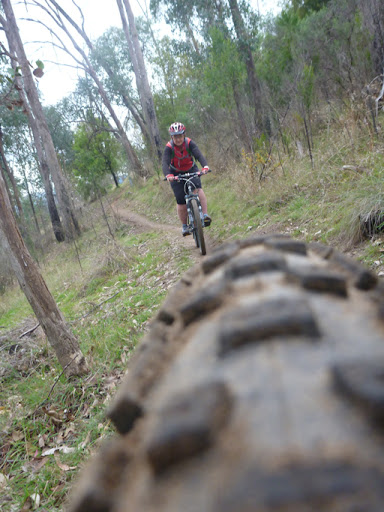 There were some challenges to this second goal, the primary one being that the trail map (available from the information centre for $3) showed a pretty complex series of tracks which we had to find our way around … 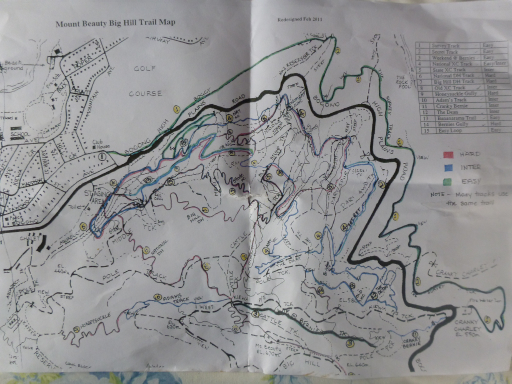 Secondly, as we discovered out there, there are an awful lot of trails which aren’t on that map … like most of them and there is a distinct lack of on ground signage, especially on ground signage which relates vaguely to anything shown on the trail map. 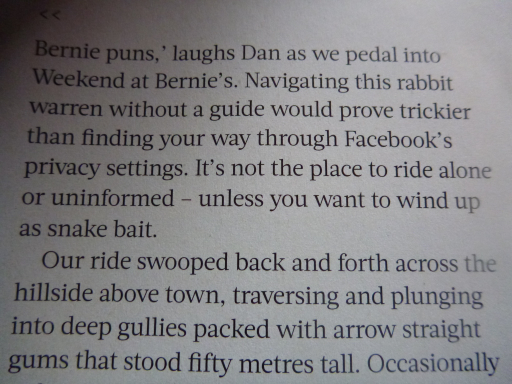 Our one stroke of luck came when sitting in the local bakery.

I was taking Bec through where I roughly planned on riding today when the lady who came to take my not empty cup noticed the map and asked where we planned to ride.

I proudly showed her my route plans, to which she observed, in one of those ‘I better be polite, but this customer is snake bait’ tones of voice .. “Geez … I don’t know if I’d go that way… ” before moving onto the next table.

I immediately called her back and she basically pointed out that I was choosing to ride up all the intermediate blue runs and down all the easy green runs (I’d read that the survey track was a good downhill flow ride) and she said she always rides it the other way around.

She made sense, and on the principle that local riders know their own trails I decided to take her advice.

Which is why we started our ride heading up the Survey Track, whereas my whole reason for coming here had been to ride down it. 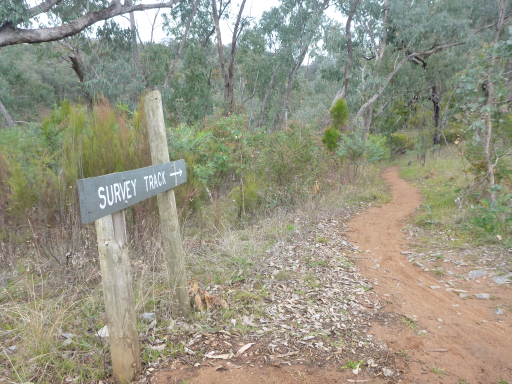 Now the problem with taking some strangers advice is that while they may be a knowledgeable good samaritan who has just made your day so much better, they equally may have ruined it and gone on making lattes oblivious to the chaos they have just caused in your life. 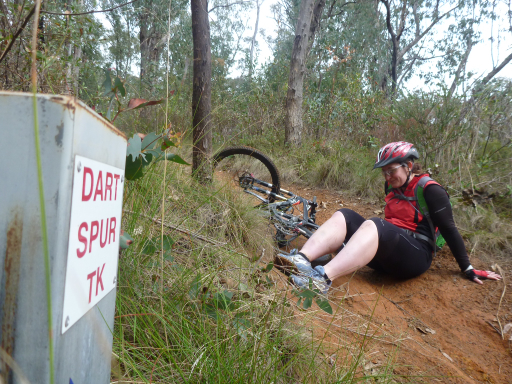 Well it wasn’t perfect … there was at least one spectacular crash, and we took more wrong turns in one hour than I’ve made in the whole rest of the year, but the ride up Survey Track was fun, it was the rest of the park where we got lost … and I think that would have happened no matter which way we went.

I guess the upside is that if you’re going to get lost somewhere, this isn’t such a bad place to do it … 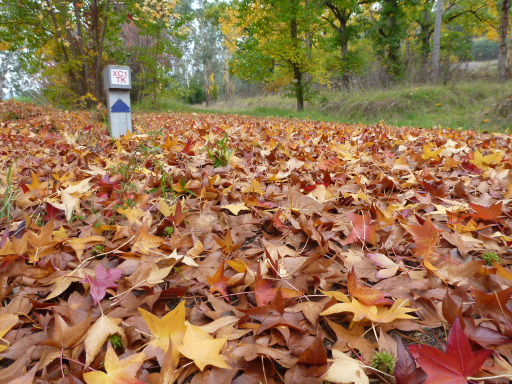 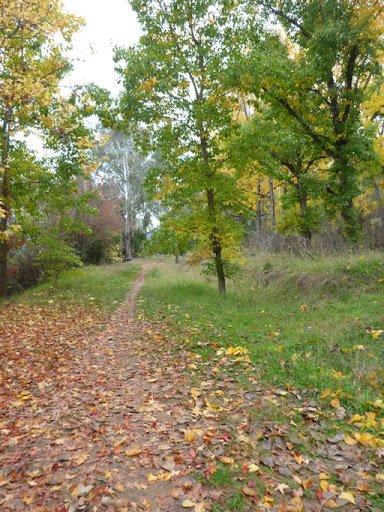 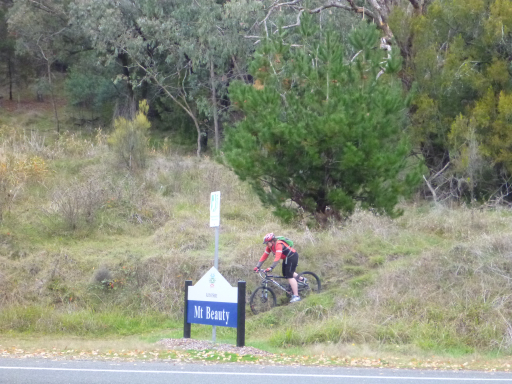 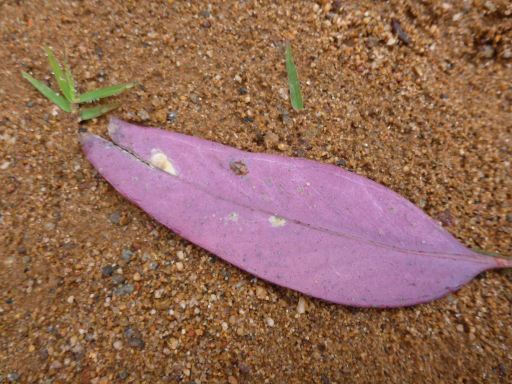 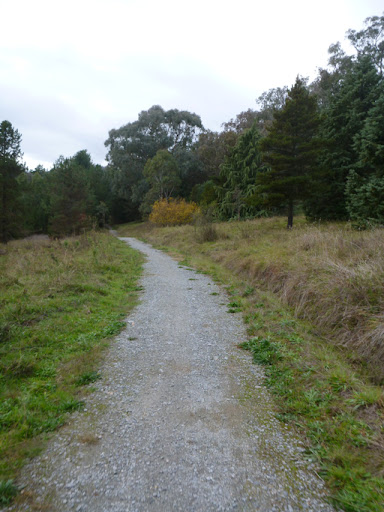 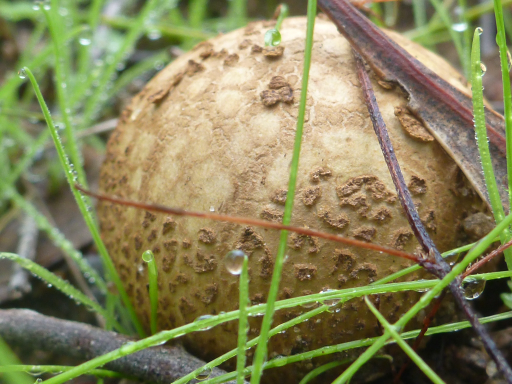 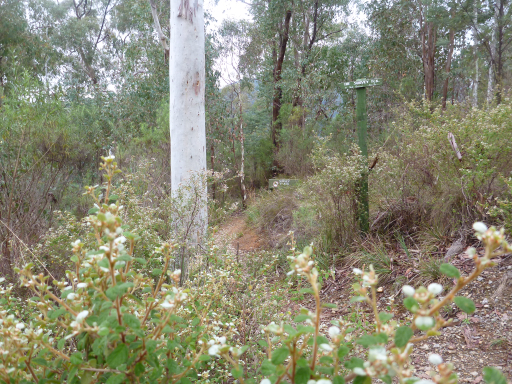 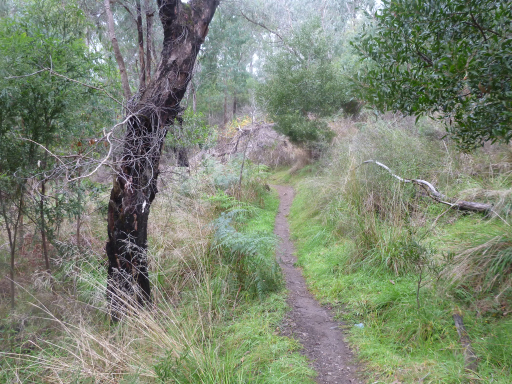 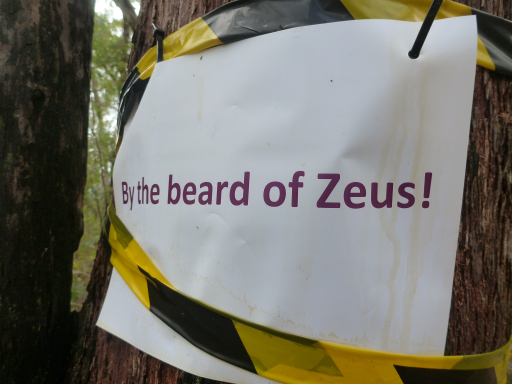 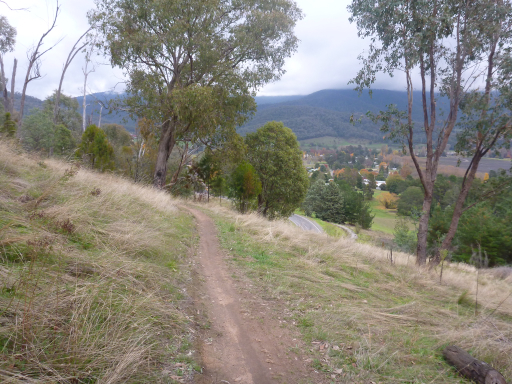 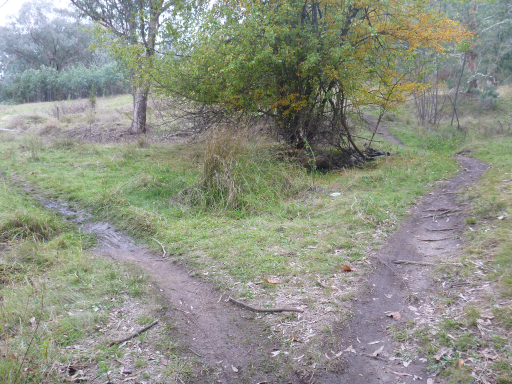 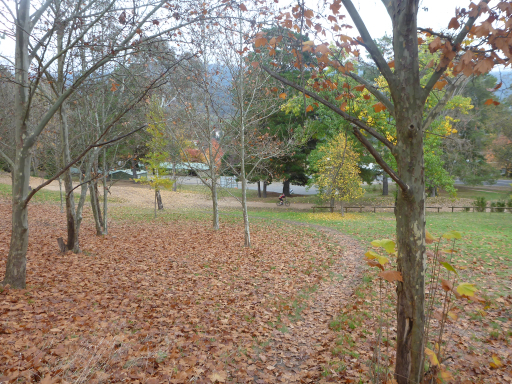 As you can see from the photos above the tracks are old school single trail. They’re rough, narrow and often unpredictable in terms of what’s around the next corner and you’re never certain where you are or where to go.

I kind of liked it, but don’t come here thinking you’ll find your way around in an hour or so … like maybe I did … this is a park that needs lots of time to explore and learn its intricacies.

I reckon it would be a gold mine to have on your doorstep, but for the rest of us who just drop by, come prepared for the confusion.