I woke up early this morning after a wonderful night listening to the rain falling against the roof of my tent as I was tucked up toasty and warm in my sleeping bag.

The only downside of this was that it sort of wrote off the days riding plans in the local area as all the trails would be mud pits.

Time to chill instead.

I spent a few hours driving some of the backroads in the area, just having a look around, and discovering some potentially interesting tracks for future reference and I would have continued to keep exploring  if I hadn’t realised that I had barely enough petrol to get me to the nearest open petrol station … 76kms away in St Helens. 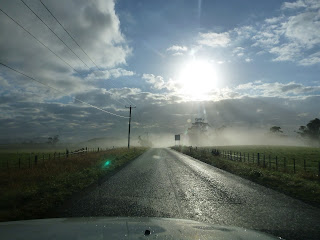 I made it there with just enough petrol in the tank to roll into the petrol station, and after a lazy brekky I just headed out to the gardens and sat on the beach for a while and chilled. 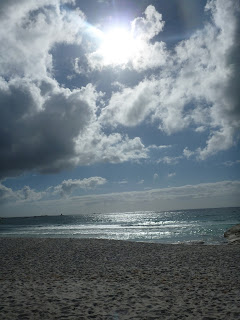 Yep, not every day has to be a race … 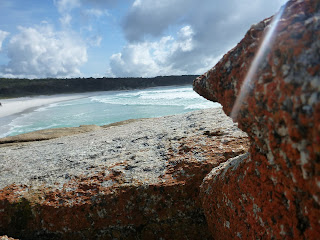 Some day it’s nice to just stop and smell the roses.