Cycling from Katikati into Tauranga is a head down, turn the pedals day.

You’re basically just cycling along a busy highway with limited views but lots of traffic and a road shoulder that disappears every time you come to a bridge (and there are lots and lots and lots of bridges) or an overtaking lane … in which case you then need to take up part of the inside lane which isn’t very popular with the motorised traffic.

Add to this the multiple warnings we’d been given about ‘the crazies’ that drive this route, and you just sort of spend the time feeling a bit on edge. 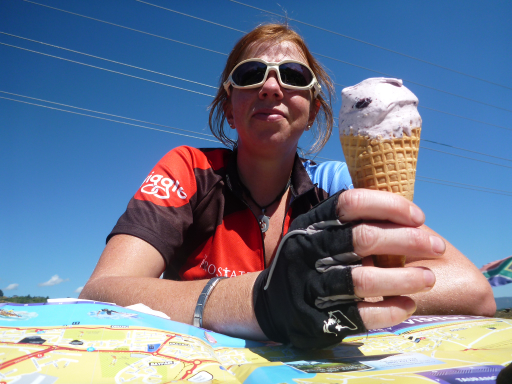 Then all becomes good with the world.

This was just a little shop on the side of the road before we came into Te Puna which advertised fresh fruit ice cream (the owner was a scottish lady who lived in Durban for a lot of her life) and so we stopped and had one.

And it was good.

So we had another one.

And it was very good.

The lady at the shop also recommended a detour to us just down the road (head to the BP service station, turn left, follow this road for a couple of clicks then take the obvious right and follow this back to the road along the river).

We got lost, because she actually didn’t give all that detail, she actually said take the first turn to the right once we’d turned off after the BP, which we duly did about 400 metres up the road and ended up in someone’s back paddock, but that’s the nature of a detour isn’t it?

It was actually a nice little detour (and apparently avoided some big climb) and it even conveniently dropped us out right next to the waterpark … the one we were no longer going to. 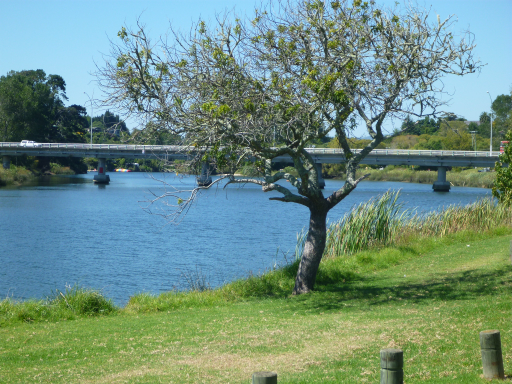 Just across the bridge we came across a sign pointing to the cycle route into the city centre, and as we were in Bethlehem (literally, the suburb was called Bethlehem) we made a show of faith and followed it … 10kms later, and rather surprisingly without getting lost, we made it into town.