I’d like to say we got off to an early start today, given it was to be our first day on the bikes and all, but I’d be lying. 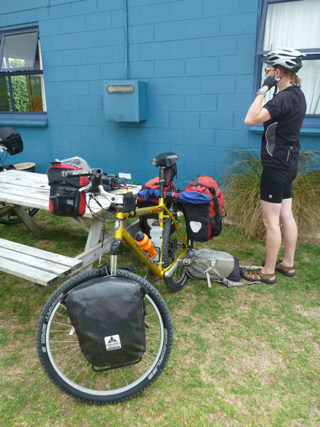 I don’t think we got out of the caravan park until around 10am, and then we had to go get some supplies and have breakfast, so it was probably closer to 11am when we finally rolled out of Coromandel Town.

Now the first hill of the day started immediately on leaving town and it was a doozy … a near 400m climb in just over 3.6km. Might not sound like much, but as we left town we could smell the overheated brakes of the cars coming the other way and we knew it was going to be steep.

Plus we were on fully loaded mountain bikes, which in my mind is the equivalent of adding 5% to the grade of the hill.

I think I stopped nearly a dozen times going up that hill, but I knew it would be hard but that we’d get there, so I just rested, caught my breath, and carried on. With that said, you can probably understand why I was a bit put out when during one of my rests a car pulled up beside me and handed me a card for a nearby campground “just in case I didn’t make it”. 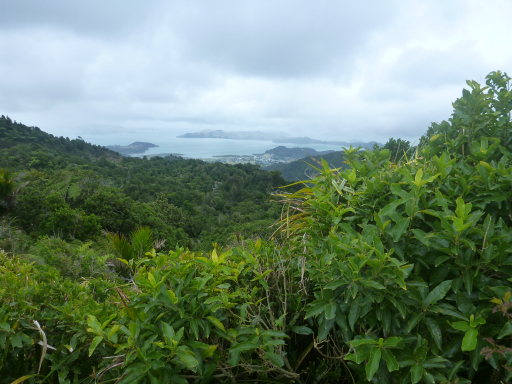 Well as you can see from the photo above, we did finally make it to the top and set off for a fast free wheeling run down the other side …

Freewheeling that was until I heard the unmistakable twang of a spoke breaking on my rear wheel.

I swore a lot at this point, even for me. Then I swore a bit for Kim as well who didn’t know she should be swearing.

Fortunately, as part of that last minute “thrown everything in the bag that might come in handy” rush that I mentioned in my last blog, I had at least brought a crank tool and some spare spokes … I just hadn’t brought a spoke tool.

However what I had was at least enough (with much swearing and promises of swapping kingdoms for spoke tools) to enable me to replace the broken spoke and continue onwards, albeit with a slightly out of true wheel.

Fortunately, as I was to find out, New Zealanders have road signs for just this occasion …. 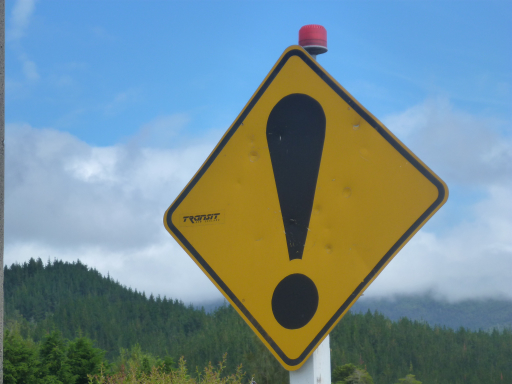 We detoured into Matarangi for a lovely lunch beside the beach, before following a brilliant little section of coast road around to Kuantunu. It was the highlight of the day for me. 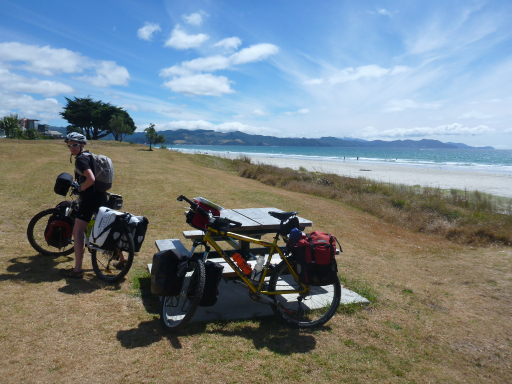 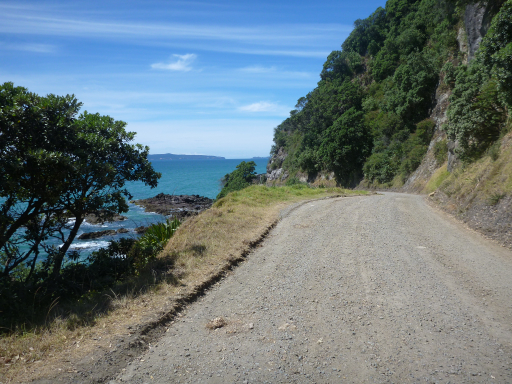 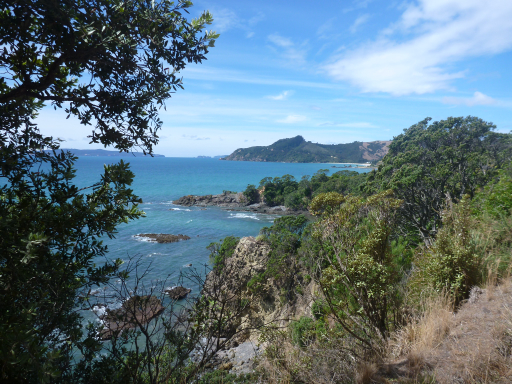 After connecting back up to the highway, I started to recall exactly why I had keep Goldie under the house for the last 10 years. The wheel was getting further and further out of true, the gears kept hitching, and most annoyingly the seat post kept sliding down no matter how tight I tried to get it.

All of this, combined with the heat, and another quite long climb before the downward stretch into Whitianga, lead me to what I can best describe as cooking myself. Quite simply I was a mess when we finally rolled into the campsite, despite only having done 45kms for the day.

After putting up the tent, I went for a swim and shower, but I couldn’t face the idea of food so Kim went off for dinner by herself. Yep,

I meanwhile, found myself somewhere in a state between nausea and constipation and chalked up no less than eight unsuccessful attempts to go to the toilet before I finally gave up and just went to bed. 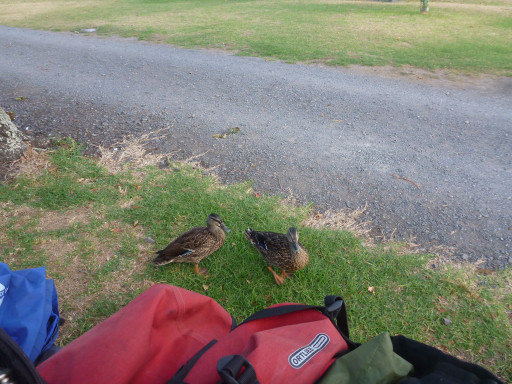 The positive from this little experience though was that Kim hadn’t brought a sleeping mat with her, so she was able to take advantage of my being ‘overly warm’ by stealing my sleeping bag for the night so she could use hers as a mattress … she of course swears she didn’t realise she had done this until she woke up in the morning … but who do you believe?