I should have listed “101 things you should do before you die” (not the mere 100 I was currently attempting) and the 101st thing should have been “Paddle with someone who has their own name on their paddle“.

If you’re not into sea kayaking, paddling with Nigel Foster is a bit of a big deal … I could say it’s a bit like paddling with kayaking royalty (but maybe that’s overstating things a little bit).  To put it into perspective ask yourself this … how many people have you paddled with that can claim to be the first and youngest person to have circumnavigated Iceland in a kayak, built and designed some of the best known kayaks in the world, and most importantly stared down a Polar Bear with a flare gun at five paces and survived?

Yea, not many huh?

So the club brought Nigel and his partner Kristin over to Tasmania to run a series of training sessions for members so we could … well, learn from the best, and I was one of the lucky one’s who put their hand up early enough to be able to go to one of his training sessions. 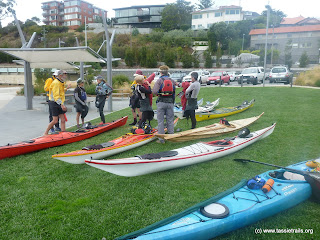 Now, I didn’t actually nominate what sort of training I wanted to do, so Geoff (our club’s training coordinator) put me on a “Discovery Learning” day, which I learnt (as the day went on) was about trying different things and discovering what would happen, rather than being told what the result would be and then proving it, things like … this … 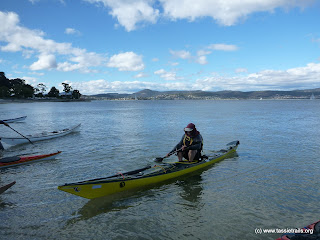 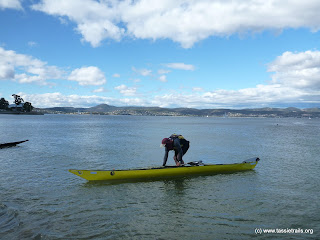 Yes, here’s Greg ‘discovering’ what would happen when you try and stand up in a kayak.

I bet you think the answer is something like this …

However, the beauty of discovery learning is that sometimes you discover the unexpected … sometimes your learn something like this …

OK, so maybe I’m just telling a story to get across the concept.   Although we did do these little exercises (as well as other interesting things like learning to “moon walk in a kayak” which is paddling backwards by paddling forwards, and how to do a cross, cross bow rudder – don’t ask why) at the end of the day, the majority of the day was actually about discovering how a boat and paddle handles in the water by trying different things and well, just seeing what actually happens.

It was basically a day of mini-experiments.  For example, one experiment was to do a sweep stroke on one side and then try and paddle around in a tight circle using just forward strokes, but to do it once edging in, once without edging and then a third time edging out … and then asking yourself how they compared – which was the tightest circle?  So we’d do this and then we’d all come back together and compare our findings.

Simple, you might say.  Theory tells us that you should edge towards the stroke (edge out) and your turn will be the tightest … except that’s not what always happened because (and this was the most important learning of the day) every one of us: our boats, our paddles, our positions, our weight and our techniques were all different and so although 80% of us might get the same result, some of us wouldn’t … and sometimes our results were all over the place.  It’s one of those classic chaos theory conundrums that although the experiment might appear the same, the truth is that each experiment is actually quite different  because the variables are similar, but they are not identical.  That’s discovery learning. 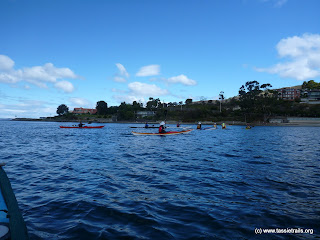 I found the day incredibly frustrating at times, but also incredibly stimulating and my poor little brain went into meltdown on several occasions as I tried to figure out exactly what was happening (my ordered brain needs everything to make sense).

However, a bit like the first time I jumped on a bike and went forward fast enough to get a feel for the magic of cycling rather than the terror of low speed crashing, today was the first time in my life that I think I finally got the concept of edging.  Yep, I’ve been so reliant on a rudder all my life that although I’ve always understood the concept of edging, it never actually meant anything to me … until today. 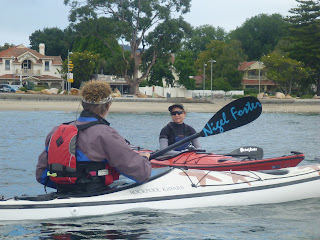 Today also made me realise that I have sort of reached a plateau, and not a high plateau, in my paddling and then I stopped developing my skills.  It’s good to get a wake up call, especially when it’s from the gods.

I only have one really big complaint about the whole experience.   You may recall that last week I snapped my rudder cable, and me being me, I hadn’t gotten around to fixing it.  Then last night, instead of staying home and fixing it, I went to Nigel’s slide show  on his two Stepping Stone Trips, which was absolutely riveting, but didn’t finish to around 11pm, resulting in my being up to the wee hours of the morning installing a ‘temporary’ spectra rudder cable (which I bet will still be there until it breaks). 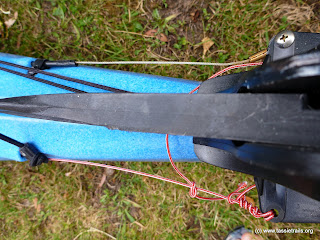 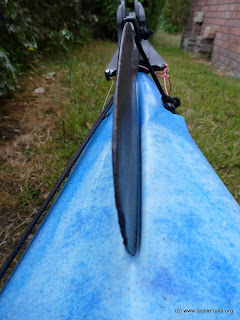 So here’s my gripe … after staying up all night getting my rudder ready, the whole day was about edging and paddle control, so I didn’t put it in the water all day.