I don’t think I’d like to be a teacher. 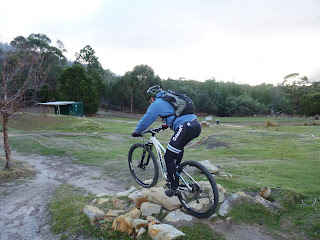 … and I know I’d hate to be a teacher that had to try and teach me anything.

Truth be told, I think most management trainers in Tasmania probably dread walking into a session and seeing me sitting there (usually by myself) ready to argue every point and thought they put forward until I understand and agree with what they say.

Come to think of it, I think most course participants probably dread my being there as well (“why can’t that idiot just shut up so we can get out of here?“).

In simple terms, I’m a very skewed “Why?” personality … I need to understand the reason and logic behind  something, before I can move onto the how, what and where.

I love to learn by reading and observing because these approaches let me digest things at my own pace, test them, play with them in my own head … and then only have to commit to them when I understand them.  As an aside to this aside, that is why I am usually sitting by myself at the start of any course – because I’m madly trying to read through the background notes and get ahead on the “why” stuff before the course starts so that I’m not such a pain during the course itself.  Honest.

Conversely (and finally getting to the point of this blog), I am not a kinesthetic learner … I hate to learn by doing.  Kinesthetic learning for me is akin to asking me to put on a blind fold at the top of the Grand Canyon, spin around 20 times, and take thirty steps forward to see what happens … it’s not something that I naturally like to do, and my stress levels tend to go through the roof.

All of this is my attempt to explain why, at my second MTB Skills course which was held today, I found myself being asked to go over what was a relatively insignificant drop, and something I’ d normally charge down in race conditions, only to find I was unable to do it …

It was a bit embarrassing, but has helped me in understanding my not insignificant limitations in life a bit more.  Specifically, as I have mentioned in the past, I can only do one thing at a time.  For example, I can’t watch TV and talk to someone at the same time.  I have to press pause, talk to you, then go back to watching TV.

Translated to today’s mountain bike session where I had to drop over that rock in the picture using a line I wouldn’t normally have picked (one new thing), I also had to do it using the MTBSkills technique of forcefully pushing forward on the handlebars rather than lifting the wheel slightly (two things), I had to do it at a different speed than I would normally choose (three things) and finally I wasn’t allowed to feather the front brakes with one of my fingers (which was the equivalent of telling me not to breathe, hence I’ll count that as four, five and six new things).

I also had to do this with two instructors and the other participant looking on (seven things) and each one of them was trying to give me useful advice but in reality they were just sending me into information overload as each new piece of advice was just another new thing that I wasn’t understanding (eight, nine .. ten).

The end result of this, as noted above, was that I went into overload and ultimately shutdown.  More simply, I couldn’t bring myself to do it.

So, I know I raved about the MTBSkills course I went to last time (and still do) but this time the learning didn’t give me what I wanted … at least not yet.

Away from the pressure of the situation, my mind has been processing the steps, learning and understanding them, Su also sent out a follow up email with a link to their skills videos which I’ve been watching and I’m getting it, I’m understanding the why. 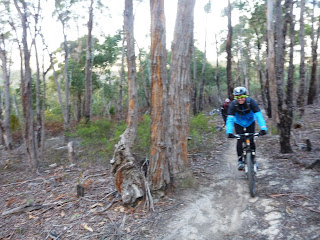 Now I plan on trying to get back out there and getting over that drop in my own time, and in my own way … and that will make it worthwhile.

=====
NB. I don’t want anyone to take from this post that I wasn’t impressed by the guys at MTBSkills Tas.  This was all on me … You should have seen the magic Chris worked with Alison – the other participant.

My problem was that I was expecting some tweaks to the way I rode, but instead was basically told that it’s not a tweak, it’s a whole knew base from which I have to learn how to attack obstacles and because of the way I learn that was too much for me to process.  I think if I’d watched the videos and read the notes before the session I would have gotten a whole lot more out of it.

Regardless, you’ll probably read more posts from me in the future when I go back for more.